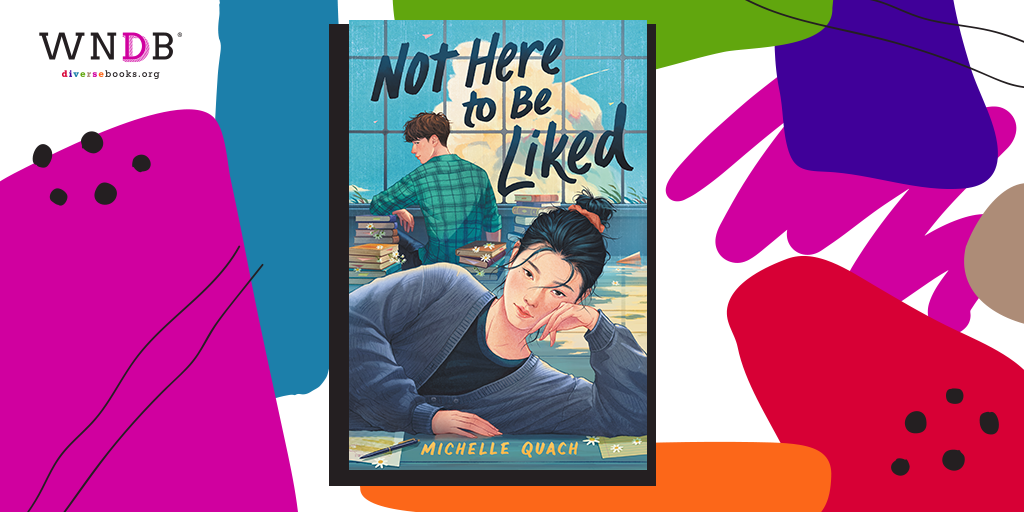 Today we’re pleased to welcome Michelle Quach to the WNDB blog to discuss Not Here to Be Liked. 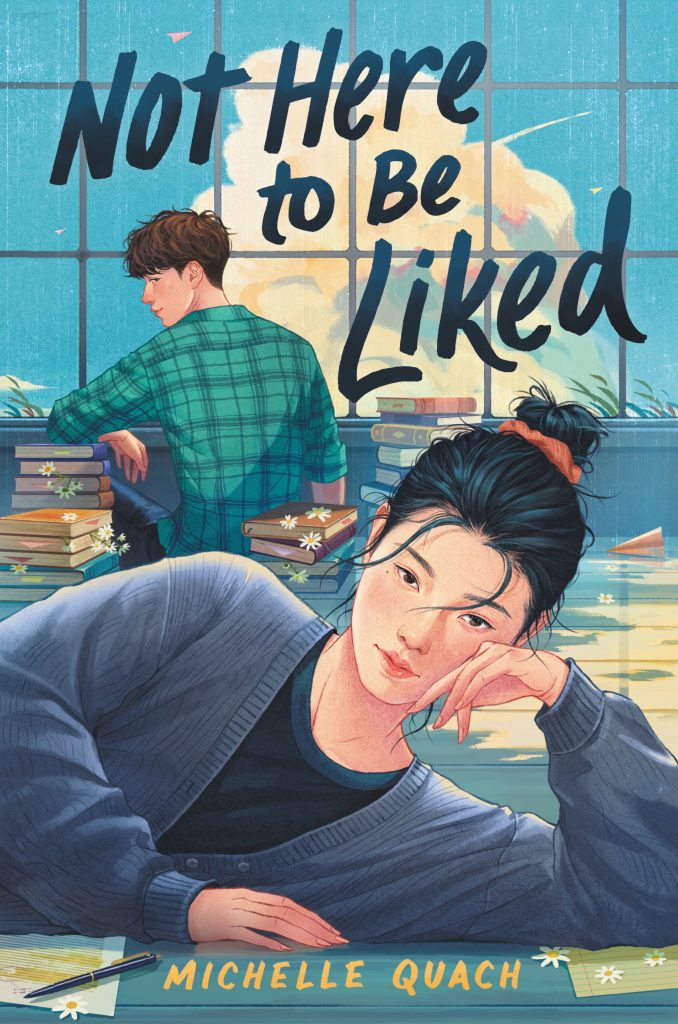 How would you pitch Not Here to Be Liked to readers in two sentences or less?

When Eliza Quan gets snubbed as editor-in-chief of the school paper for a less qualified but more “likable” male peer, she finds herself caught between leading a feminist reckoning…and falling for the boy she’s asking to step down.

How did this book come to be? Did you craft characters to support the plot you already had in mind, or did you begin with characters that found their way into this school newspaper drama turned situationally coerced feminist rebellion?

The characters definitely came first! I feel like I’ve known Eliza and Len a long time—I even had their names picked out from the very beginning—but I spent years trying to find the right story for them. I always knew he’d be the reason she didn’t get to be editor-in-chief (and that she’d like him anyway, in spite of herself), but it wasn’t until I thought of the feminism piece that everything finally clicked.

NHtBL contains multiple great discussions about feminism and what it truly means to be a feminist and how that can differ between activists depending on their privilege. What made you want to write about gender inequality and the evolving nuances of feminism?

Feminism is such a complicated thing. Culturally, we’re in a place right now where it’s okay, maybe even expected, to identify as a feminist, but there’s still a lot of mixed messaging about what that entails. So I wanted to explore the topic in a way that makes readers, especially young readers, feel like it’s okay to grapple with that uncertainty and arrive at their own conclusions. My intention wasn’t really to define what feminism is or isn’t—more than anything else, I wanted the story to be a (hopefully entertaining) starting point for some interesting discussions.

We see a lot of Eliza’s family in this book and witness, through her eyes, her experience as a daughter of Vietnamese and Chinese immigrants. We also get to see how other family dynamics are reflected onto characters like Winona (Eliza’s best friend) and Len (“face of the patriarchy”). Why did you find it important to show the effects of family on these teens?

For me, exploring family is an organic way to examine where characters came from—how things like race and class, for instance, affect who they are now. This is especially meaningful when they’re people of color. Even though Eliza’s story isn’t overtly about the struggles of growing up as a child of immigrants, it’s also not not about that. It felt like an honest portrayal of her experience had to include an examination of her family. The same was true of Winona, who is Black, and Len, who is half-white and half-Japanese.

Something I really appreciated in this book was the fact that you included an authority figure that listened to and learned from feedback from their students. What was your thought process behind the principal character, Dr. Guinn?

You’re the first person to ask me about Dr. Guinn, and I’m glad you did! It was really important to me that he not be a cartoonish villain because I thought that would make him both less realistic and also less interesting. In life, sexism often comes from people who are thoughtful and well-meaning—that’s why it can be so hard to identify and combat. 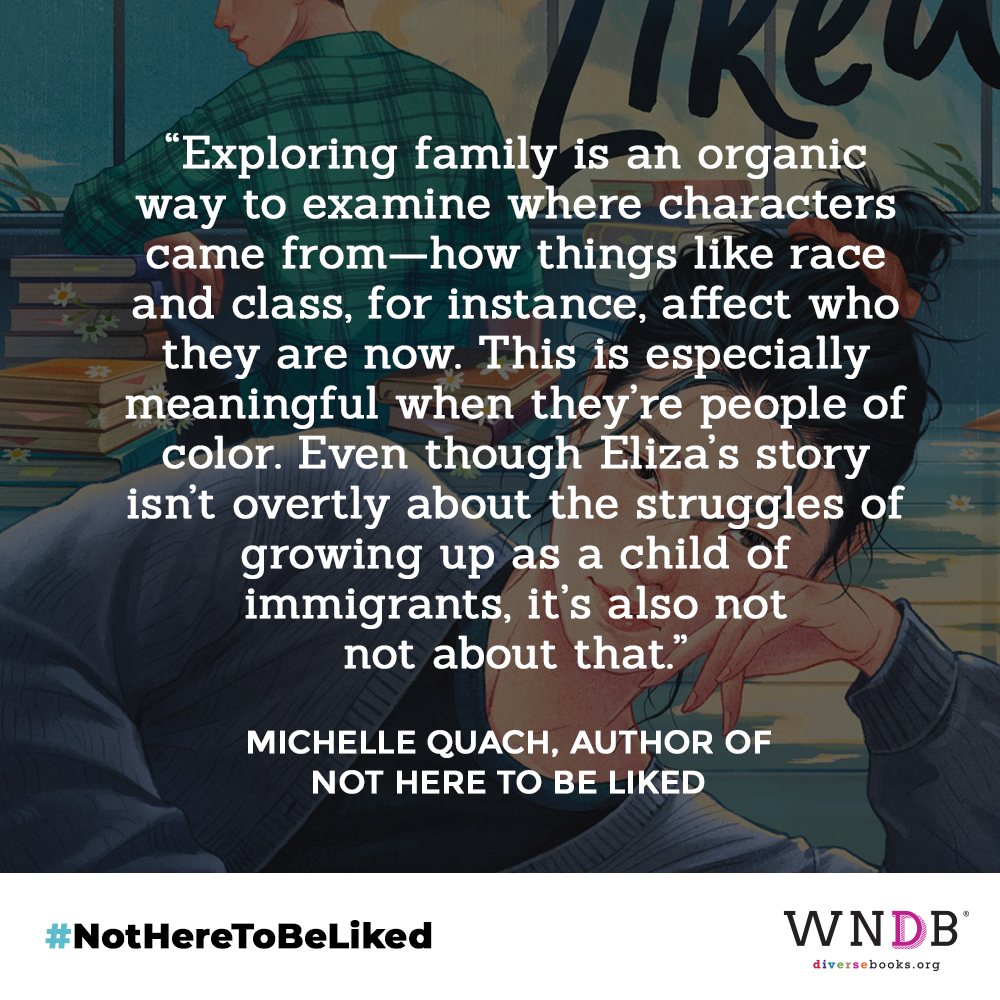 Without spoiling too much, what character, scene, or interaction was your favorite to write?

I’d say Serena, the cool girl who plays an unexpected role in Eliza’s movement. Behind the megawatt smile and flawless skin, she’s a regular Machiavelli.

What are some recent or upcoming YA releases that you are excited about?

I would highly recommend Louisa Onomé’s Like Home, which is about a Nigerian-Canadian girl who learns to deal with all kinds of change. It’s a nuanced look at gentrification with a pitch-perfect voice and fantastically diverse cast.

I also really loved Mariko Turk’s The Other Side of Perfect, a deeply emotional story about a ballet dancer whose life changes when she breaks her leg. The writing is beautiful, the conflicts are painfully realistic, and the romance is just so good.

If you had the opportunity to write a book about anything, what would your dream book be?

I really want to write a mystery with a hardboiled teen girl sleuth, like an Asian Veronica Mars. But first I have to get over my fear of dead bodies!

Bonus Question: If Eliza and Len interview you for The Bugle at the grand opening of Boba Bros, what would you tell them your order is?

Hojicha with oat milk and boba—and half the sweetener, please! 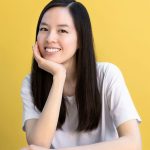 Michelle Quach is a graphic designer and writer living in Los Angeles. She’s Chinese Vietnamese American and a graduate of Harvard University, where she studied history and literature. She loves rom-coms, characters who don’t always do the right thing, and any dog that kind of looks like her dog. 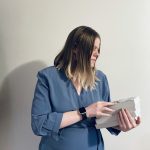 Shannon Rygg is constantly writing everything but what she should be writing. A creative writing graduate from the University of Redlands and a young professional in the publishing industry, in her free time she enjoys reading fantasy and romance, rereading said fantasies and romances, and then getting emotional over aforementioned rereads and tweeting and/or writing fanfiction about it. Expect her novel to drop by 2034. Maybe. Follow her on Twitter and Instagram at shannonrygg.