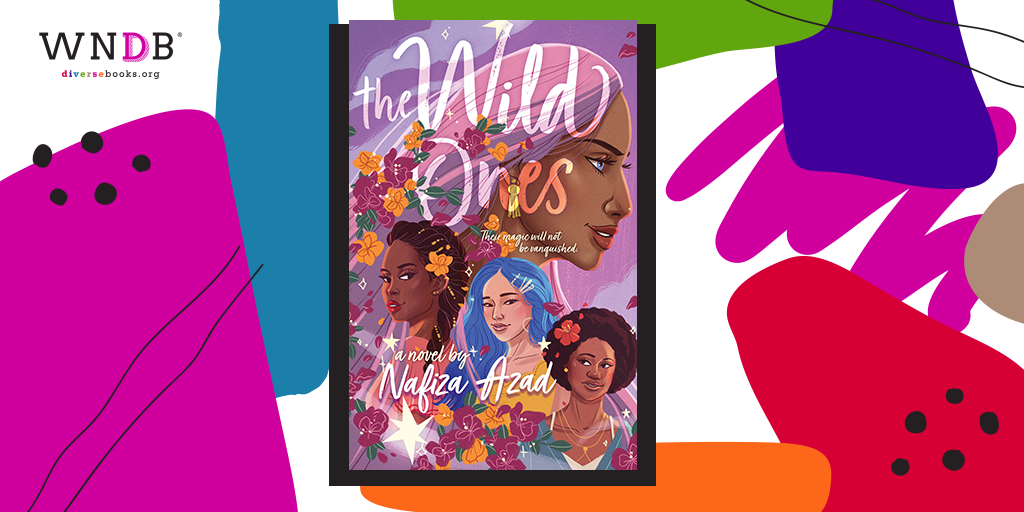 Today we’re pleased to welcome Nafiza Azad to the WNDB blog to discuss The Wild Ones. 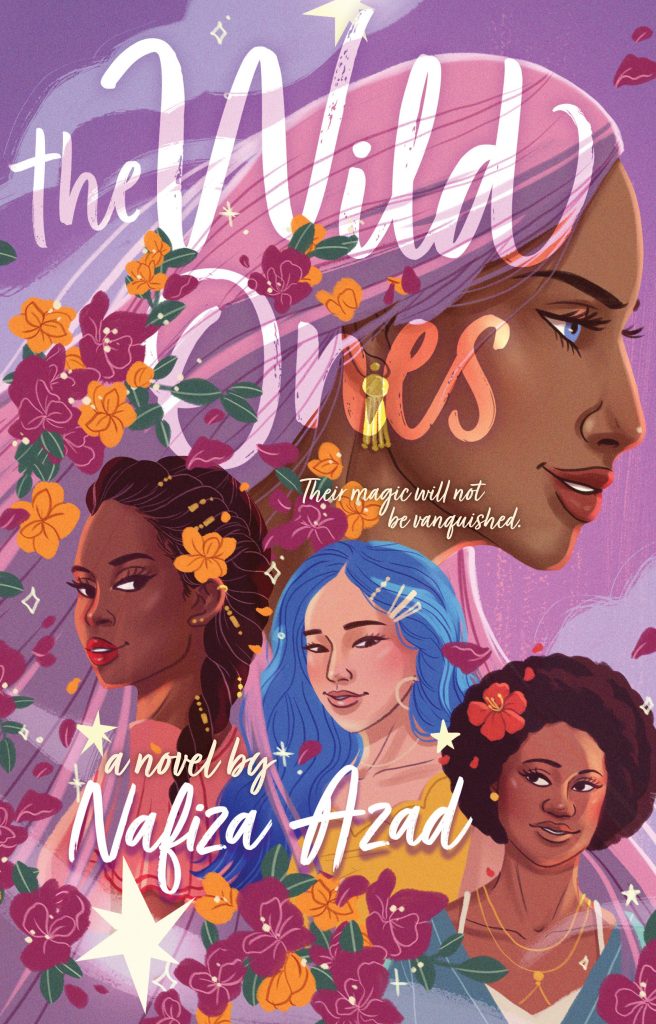 The Wild Ones so beautifully show strong female friendships and found family. What inspired you to create a group of women who are survivors who find a home in each other?

There are two reasons for this. The first is that there is a dearth of these in literature. Too often, relationships between women are reduced to competitions for favor or beauty or sometimes both. Society puts forward the notion that female friendships are always inferior to romantic relationships. Girls and women are always expected to move away from friends once they find a significant other—in most cases, a man. A sisterhood somehow becomes something a woman, if she’s lucky, experiences in her childhood.

Stories of girls and women being friends, messy friends who fight but who never give up on each other, are more difficult to find than you’d think. I wanted the sisterhood to be the central part of the novel. Yes, this does mean that sometimes the individual characters are not as finely wrought as they might otherwise be but I think the payoff is more than worth the sacrifice. I use the “we” perspective to include the reader in this sisterhood. The second reason I created a sisterhood was that I grew up as part of one and remain a part of several sisterhoods. It is my truth and I wanted to convey this aspect of the female experience.

This story conjures all of the senses so powerfully. The Wild Ones are powerfully rendered characters, but each city they visit almost becomes a character in the way they are so vividly rendered. How has your own travel or love of these cities affected this story?

I grew up in the countryside, perhaps that is why I love cities so much. Lautoka, the first city the Wild Ones visit, is the only one I’ve visited or rather lived close to. Every city has a different song. I realized this fact as I researched the cities and tried to glimpse it from so far away. I wanted to show the tremendousness of the world so I showed many different cities that are all fiercely individual and fiercely flavorful. The cities I chose are bursts of color and all places I wish to travel to someday. The Wild Ones lose their homes long before they accept the star that allows them to travel the Between. In return, I give them the entire world to call their own.

The Wild Ones have freed themselves from the traumas and restrictions of their earlier lives to become a family in the Between. What spaces and places do you hope that teens and young adults have now that allow them to step out of their trauma and restrictions?

Healing takes a very long time. I don’t think the girls who form the Wild Ones have completely healed. They are in the process of healing and once they are ready to move on, they will take off the star and leave the group to pursue whatever life they wish to. As someone who has been through trauma, I know what I wished for most was the space to be sad and the space to completely fall apart so I could then put myself back together again. I wish all teens and young adults have safe spaces, places where they can be quiet and scream. Places that will not impose a prescription on the way they heal and what shape their healing takes. 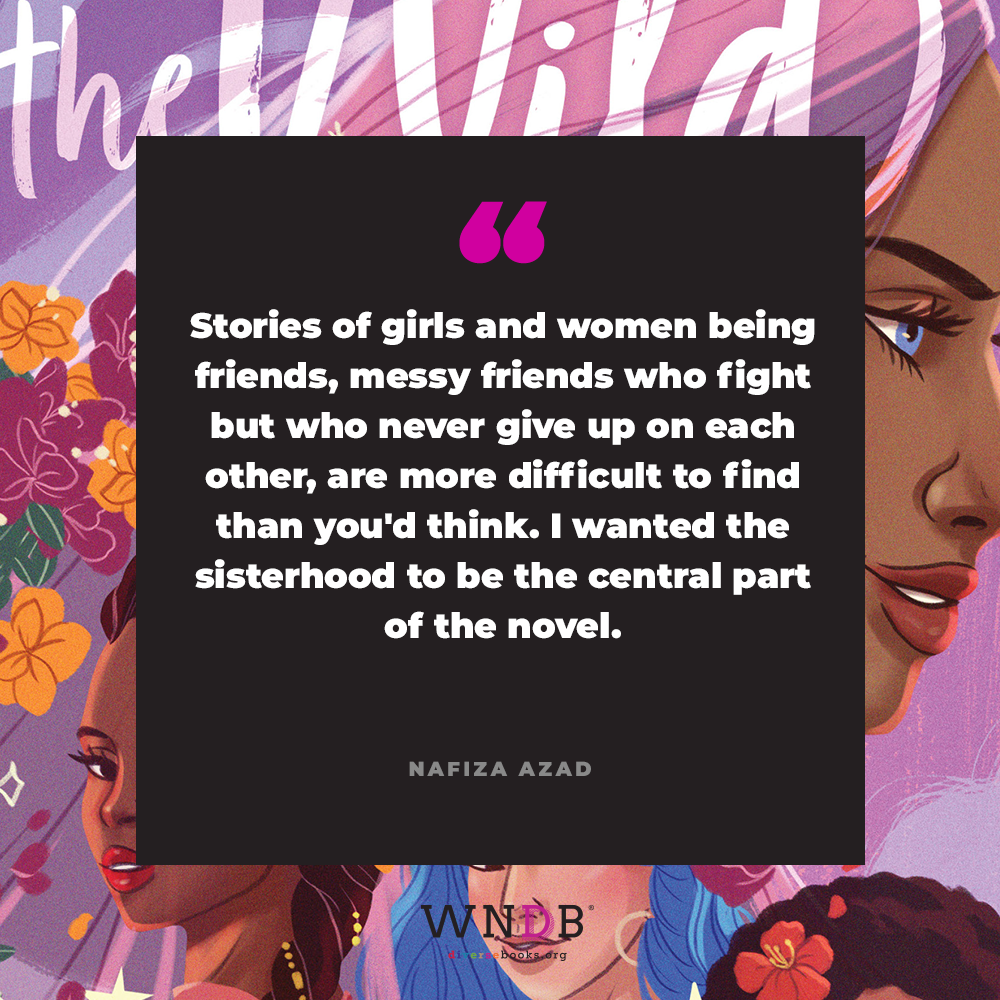 The Wild Ones use their appearance for many different purposes. What inspired you to create characters with such expressive style?

It’s their way of coping. Of creating the necessary distance between them and the world. They have been so destroyed by whatever has happened to them that showing the world their true faces terrifies them. So they create a different version of themselves with colorful clothes and brilliant makeup, affecting an ease they don’t necessarily feel, in order to protect themselves from the judging eyes of the world they walkthrough.

Your book intersperses the story of the Wild Ones with straightforward messages directed at the reader like:

You know what is?

What made you decide to write directly to the reader in this way?

Every novel is a conversation between the reader and the characters/narrators. The Wild Ones attempts a more direct conversation than most others. Nietzche said, “When you stare into the abyss, the abyss stares back.” Well, this is the abyss speaking. On a more serious note, I feel strongly about the message contained in the novel. There have been many attempts to deliver the message subtly, using the subtext, and in accompaniment of the primary narrative. However, sometimes you need to be explicit and I needed to be explicit. The girls are unapologetically angry and when venting this anger, they address the reader directly.

At the end of the story, The Wild Ones say, “What we have is our anger and each other….. Be wild.” I love that the heroines of the story are fueled by and win by using their anger. They have been underestimated, used, and ignored, but their anger enables them to win. What do you hope your young adult readers will take away from that lesson?

People shame you for your anger. I was reading about the stereotype of the angry Black woman and that in turn made me angry. Women and girls are shoved into categories, labeled, packaged, and objectified, and yet, we’re not allowed to be angry at the way we are treated. Excessive anger is harmful but anger can also be invigorating. I want the people reading The Wild Ones to realize that they are precious, no matter what the world tries to impress upon them. They are valued and deserve happiness regardless of the things that have happened to them. I want them to know it’s okay to be weak until you can find strength. I want them to know it’s okay to be afraid because fear keeps us wary and makes us smart.

Is there anything else you’d like readers to know?

I’ve read reviews that complain that most of the things that have happened to the Wild Ones are narrated after the fact. Please understand that this was an intentional choice because writing about abuse is just as difficult to write as it is to read. The Wild Ones is not about the abuse the girls suffer but about the journey after they have suffered it. 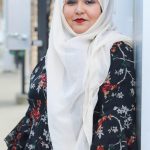 Nafiza Azad is a self-identified island girl. She has hurricanes in her blood and dreams of a time she can exist solely on mangoes and pineapple. Born in Lautoka, Fiji, she currently resides in British Columbia, Canada where she reads too many books, watches too many K-dramas, and writes stories about girls taking over the world. Her debut YA fantasy was the Morris Award–nominated The Candle and the Flame. The Wild Ones is her second novel. 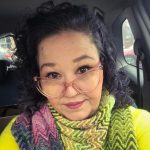 Christine Lively a librarian at Wakefield High School in Virginia. She writes a monthly column for the Teen Librarian Toolbox blog of the School Library Journal about teens who fight the system to change their world. Christine is a Certified Life Coach for Young People ages 14-24 at christinelively.com. Christine lives in Fairfax, Virginia with her family and hound dog Gabi where she raises monarch butterflies, knits, and collects hippos of all types. You can follow her at XineLively on Twitter and Instagram.

Previous Post: « Q&A With Margot Wood, Fresh
Next Post: Q&A With Victoria Lee, A Lesson in Vengeance »
WNDB is pleased to announce our 2022 mentees! Thes