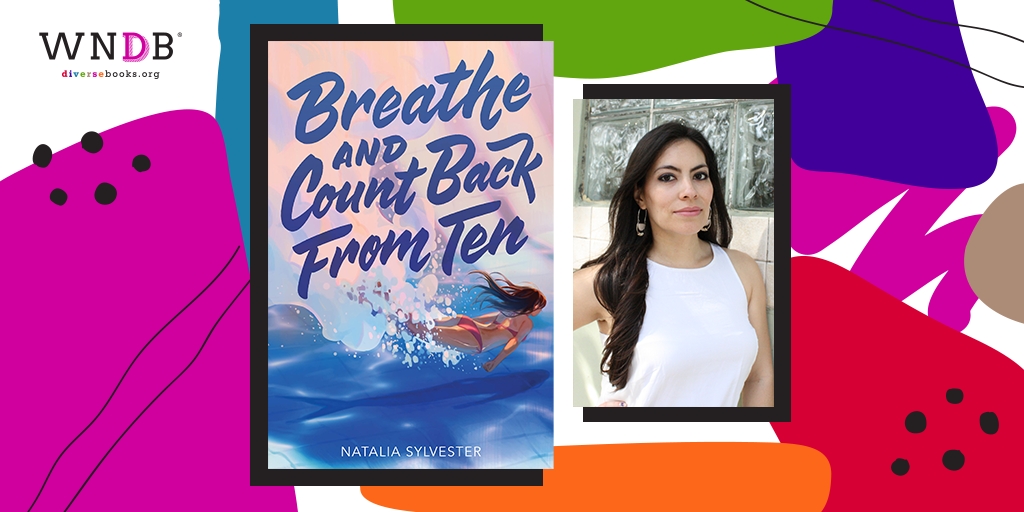 Breathe and Count Back from Ten is out May 10, 2022. We previously revealed the cover for the book here.

Verónica has had many surgeries to manage her disability. The best form of rehabilitation is swimming, so she spends hours in the pool, but not just to strengthen her body.

Her Florida town is home to Mermaid Cove, a kitschy underwater attraction where professional mermaids perform in giant tanks . . . and Verónica wants to audition. But her conservative Peruvian parents would never go for it. And they definitely would never let her be with Alex, her cute new neighbor.

She decides it’s time to seize control of her life, but her plans come crashing down when she learns her parents have been hiding the truth from her—the truth about her own body. 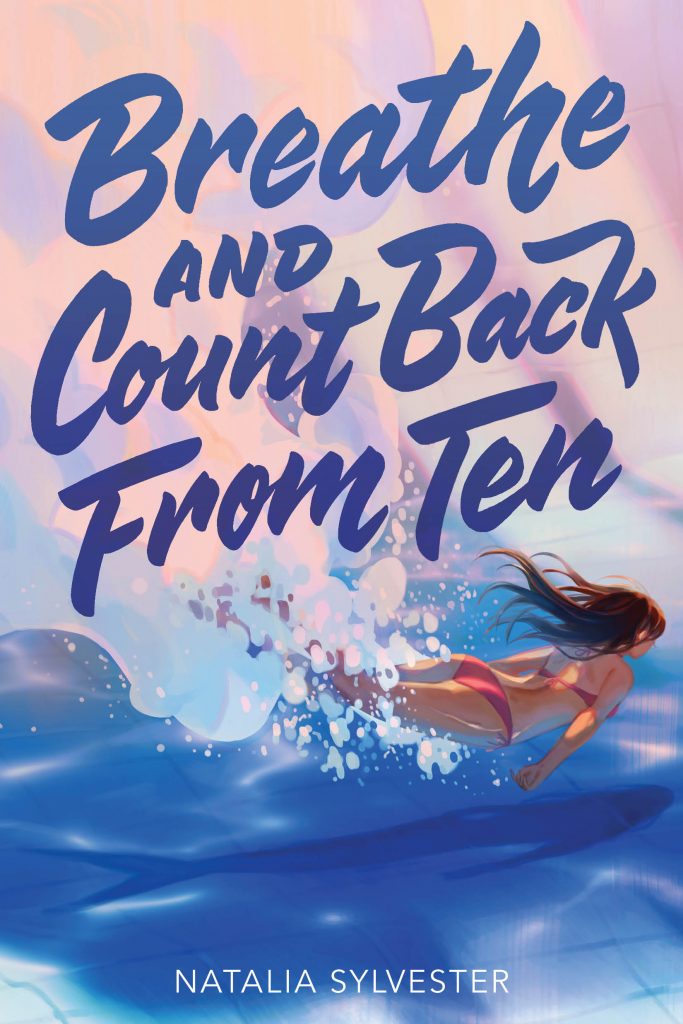 Natalia Sylvester is an award-winning author of adult fiction and nonfiction whose first YA novel, Running, released in 2020. This May, she launches her second young adult novel, Breathe and Count Back from Ten.

I had the opportunity to hop on a Zoom with Natalia and chat about all things writing, the differences in essay-and-novel-penning, and so much more. Natalia said that one of the first pieces of writing she remembers trying to publish was an essay about her surgeries that she submitted to a teen magazine around the age of 11.

“I’ve always thought that I write to try and figure out what I feel, to make sense of what I feel,” Natalia said. “But I think it’s also a huge part of it is… to know & understand what it means to be human.”

Natalia shared that it has been wonderful to write a book about a character with a disability (her new book stars Verónica, a teen with hip dysplasia) and hear from readers who have felt less alone after realizing there are others with similar disabilities in the world.

“The tiny things that I thought were too specific…to realize that it matters is just kind of incredible and I think that’s…what writing gives us,” Natalia said. “All of it matters and you don’t have to feel like you have to hide any of it.”

Natalia has written essays of nonfiction that have been published by outlets like The New York Times and Electric Literature. She said writing nonfiction involves “honoring” the truth of certain events and feelings, “pay[ing] tribute to certain things exactly how they happened. For the truths that I got out of them and the truths that aren’t being seen in them.”

When it comes to choosing to write fiction or nonfiction, Natalia said that often the choice boils down to giving herself freedom to touch on storylines outside of her own immediate experience.

“With fiction, when I know that if I stick to the facts, there’ll be so many truths completely lost, and I need to be able to pull from one place that I know is true, and pull from another,” she said. “[I need to] create characters that I’ve never met, but I know.” 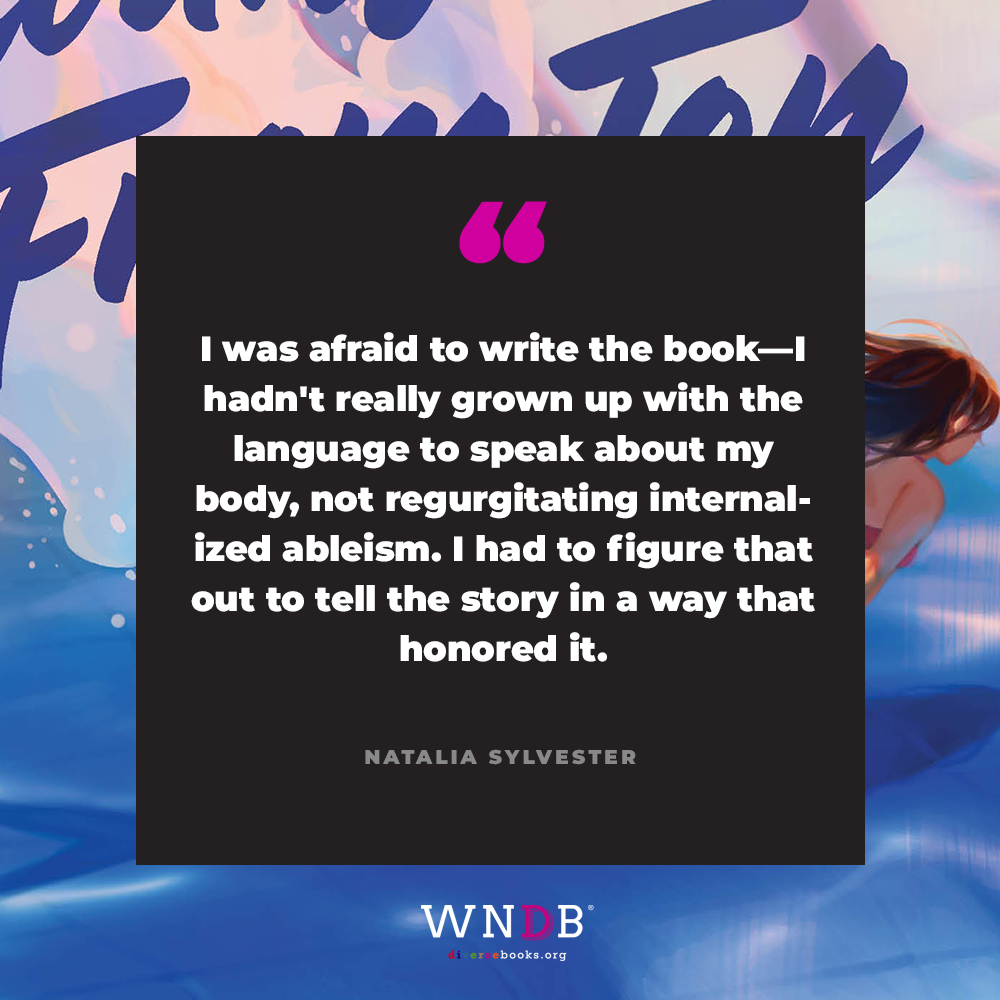 Natalia mentioned that, while she and Verónica have similarities, her book’s protagonist very much turned into her own character, and they have very different stories. Despite the fact that this is a book Natalia is writing, in part, for her younger self, it is a wholly new product about a fictional character.

While Natalia said she doesn’t remember the exact spark of inspiration for Breathe and Count Back from Ten, because it’s a story she had multiple false starts with, she always wanted to write about a girl with hip dysplasia. She just couldn’t figure out the mechanics of what her story would be, exactly.

The first thing Natalia wrote in Verónica’s voice was a scene in which her character discusses the way her hip dysplasia had been described to her as a child. Through that, Natalia discovered the vocal throughline of the book—frustration with societal narratives about bodies.

“I was afraid to write the book—I hadn’t really grown up with the language to speak about my body, not regurgitating internalized ableism,” Natalia said. “I had to figure that out to tell the story in a way that honored it.”

Breathe and Count Back from Ten is about a teenager auditioning to perform as a mermaid at a local underwater attraction, navigating first love, and discovering family secrets. Though it does involve a lot of fun and summery joy, Natalia pointed out that the book also touches on sexual assault, and the themes of feeling safe in our own bodies.

“Disabled people are vulnerable to sexual assault. I don’t think it’s talked about enough,” Natalia said. “[There’s an] underlying truth of how do we feel safe in our bodies? How do we feel like we are worthy of love and desire when we deal with all these other forces coming at us that tell us otherwise?”

Natalia said that her biggest piece of advice for aspiring authors is for them to surround themselves with people whom they can trust.

“Surround yourself with people that you trust and who can be that voice of true encouragement when you’re feeling like you can’t even trust your own instincts anymore,” she said. 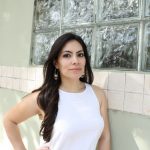 Natalia Sylvester is the author of two novels for adults, Chasing the Sun and Everyone Knows You Go Home, which won an International Latino Book Award. Running, her debut novel for young adults, was a 2020 Junior Library Guild Selection and her sophomore YA, Breathe and Count Back from Ten will be out in May 2022. Born in Lima, Peru, Sylvester grew up in Florida and Texas and received a BFA in Creative Writing from the University of Miami. nataliasylvester.com | Twitter/Instagram: @nataliasylv.