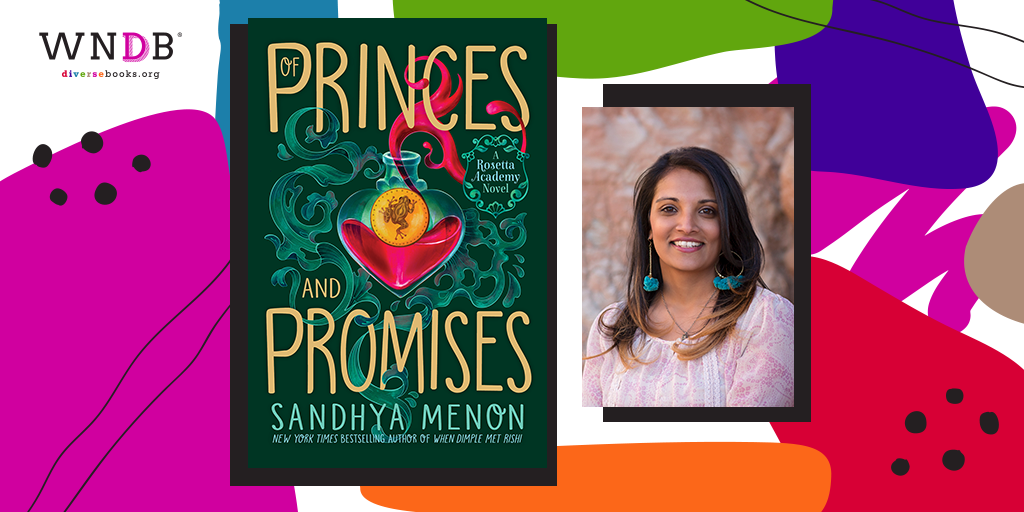 Today we’re pleased to welcome Sandhya Menon to the WNDB blog to discuss her YA Of Princes and Promises, out June 8, 2021!

Caterina LaValle is determined to show she’s still the queen of St. Rosetta’s Academy. Sure, her crown may be slightly askew after her ex-boyfriend, Alaric, cheated on her, but she’s a LaValle. She’ll find a way to march right back in there, her hands clutching the strings to the whole puppet show. This time, she’s going to be untouchable.

Rahul Chopra knows that moment he shared with Caterina LaValle at the winter formal meant something. Surely she feels it, too. He’s a little uncertain how someone like him (socially inept to a point way past “adorkable”) could fit into her world, but he’s loved Caterina for years. He knows they’ll find a way.

When Caterina finds out Alaric is taking a supermodel to the upcoming gala, she knows she cannot arrive without the perfect date. But the thought of taking another superficial St. R’s boy exhausts her. The solution? Sweet-but-clueless Rahul Chopra and a mysterious pot of hair gel with the power to alter the wearer into whatever his heart desires.

When Rahul tries it, he transforms instantly into RC—debonair, handsome, and charming. But transformation comes with a price: As Rahul enjoys his new social standing, the line between his two personas begins to blur. Will he give up everything, including Caterina, to remain RC? Or will this unlikely pair find their way back to each other? 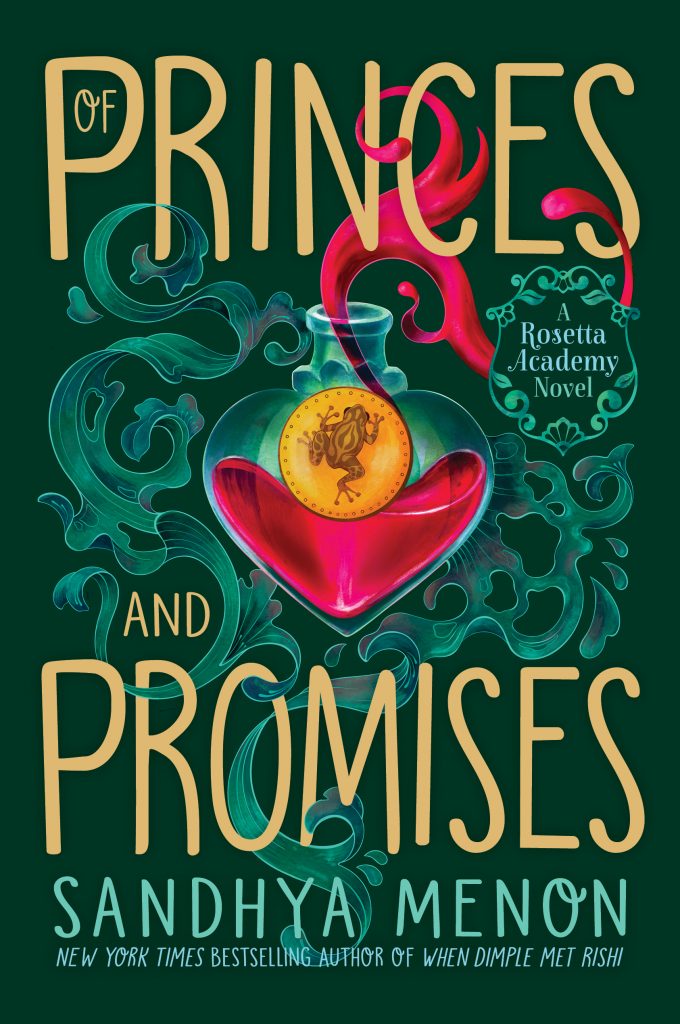 I’m a big fan of the books set in Dimple and Rishi’s universe. They’re all contemporary books. What was different about creating a fantasy setting for the Rosetta Academy series?

The Rosetta Academy series is contemporary with just a splash of “is it or isn’t it” magic. So I wouldn’t say it was traditional fantasy, but it was certainly very different from the Dimpleverse! When writing the Dimple universe, I felt like I was putting on cozy pajamas and sitting by the fire with a good book. The Rosetta Academy universe feels more like parting a curtain made of ivy and roses to step into a secret, forested world that shimmers with magic.

I had to sit down with my notebook (as I always do when beginning a new story) and write down certain rules for the world: How would the fairy tale elements work in a contemporary romance with just a hint of magic? Where is Rosetta Academy, and who goes there? What makes this boarding school different from other ones around the world? and on and on. These are the kinds of things that, in my opinion, make a fictional universe feel unique and special, and like it could really exist somewhere!

Are you a plotter or a pantser and did that change with this book? How did your writing or revising process surprise you?

Definitely a plotter. At this point in my career, I feel I have a pretty well-honed process that keeps me meeting my deadlines! 🙂 I used to be a die-hard pantser, so that’s definitely changed for me over the years!

There’s a magical element woven into every book in this series. How did you decide what those will be? Do you work backward from the plot and character development or start with the element and figure out how it’ll factor in?

I start with a kernel of an idea for a plot, something that makes me sit up in the middle of drinking my tea, my cup frozen in mid-air. That’s how I know it’s a good one and worth investigating. 🙂 In the case of the Rosetta Academy series, I knew I wanted each book to be a classic fairy tale retelling, so I started with that kernel of an idea and then decided which fairy tale it would most suit and how I might put my own spin on it to make it fresh. For example, with Of Princes and Promises, I knew I wanted to do a gender-bent makeover story—so a boy being made-over to fit into the girl’s world, as opposed to the usual girl being made-over story that we’re used to seeing. Once I gave it a little thought, I realized that concept fit pretty perfectly with The Frog Prince! 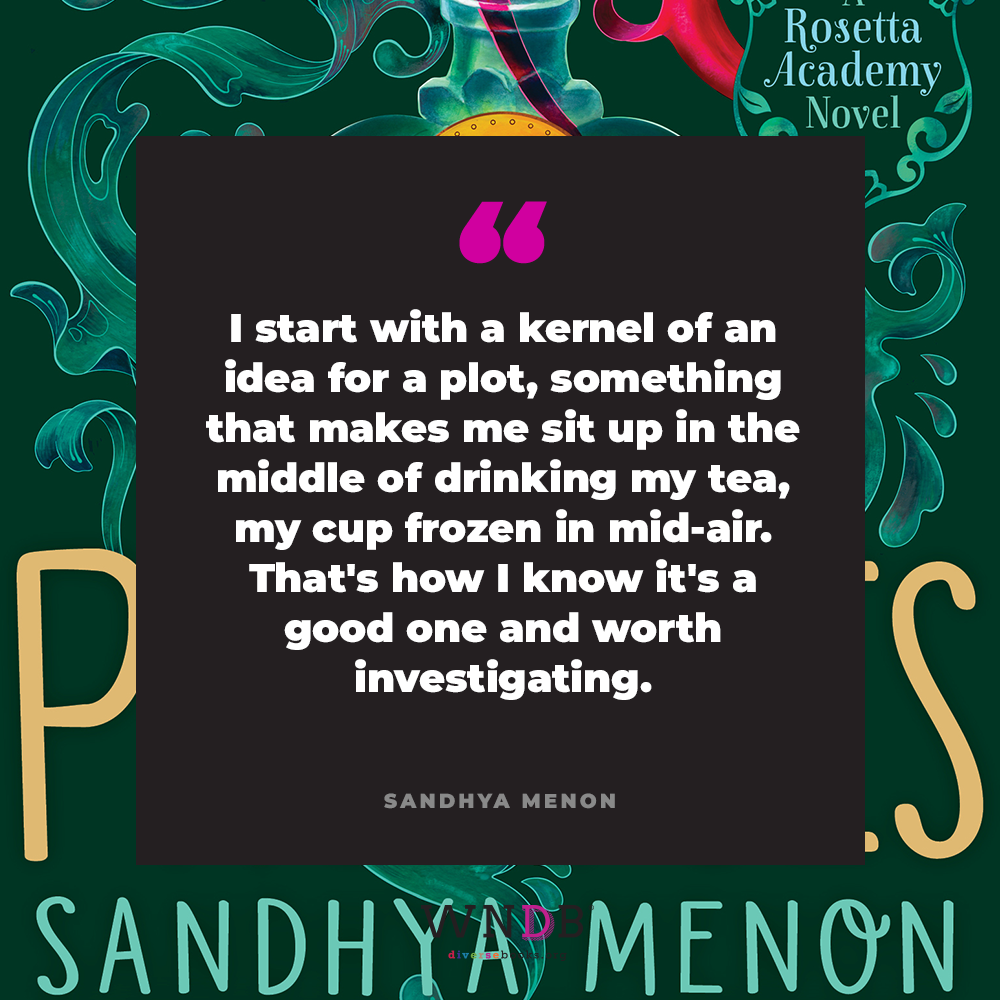 Do you have any favorite fantasy book tropes and any you absolutely avoid?

If you could design your dream panel for this book, what would it be about? What other authors would you love to have on it with you?

I’d love to have Diana Wynne Jones, Leigh Bardugo, Zoraida Cordova, Bethany C. Morrow, and Anna-Marie McLemore, simply because they all have such different styles and I’d love to hear them all speak!

What can you tell us about the next book in this series?

The third book is tentatively called Of Dreams and Destiny and is a Sleeping Beauty retelling! It’ll follow DE (Daphne Elizabeth), whom we met in book 1, Of Curses and Kisses (and has a cameo in book 2, Of Princes and Promises). I’m super excited about this one because it’s got more of a mystery flavor than the first two books and I’m soooo excited to lead readers through it!

What other books do you think Of Princes and Promises is in conversation with?

Definitely The Frog Prince, and these are not a book, but the 90s/2000s makeover rom-coms like She’s All That. They were so problematic but I still loved them back then, and I wanted a redo that was more feminist and also diverse.

Highly recommend Bethany C. Morrow’s A Song Below Water for a contemporary fantasy set in an alternate universe Portland!

Do you have a favorite nut butter? 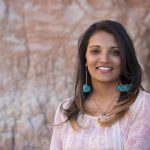 Sandhya Menon is the New York Times bestselling author of When Dimple Met Rishi, Of Curses and Kisses, and many other novels that also feature lots of kissing, girl power, and swoony boys. Her books have been included in several cool places, including the Today show, Teen Vogue, NPR, BuzzFeed, and Seventeen. A full-time dog servant and part-time writer, she makes her home in the foggy mountains of Colorado. Visit her online at SandhyaMenon.com.

Previous Post: « How to Pair Classic Texts With Modern YA Novels in the Classroom
Next Post: Q&A With Misa Sugiura, Love & Other Natural Disasters »
WNDB is pleased to announce our 2022 mentees! Thes