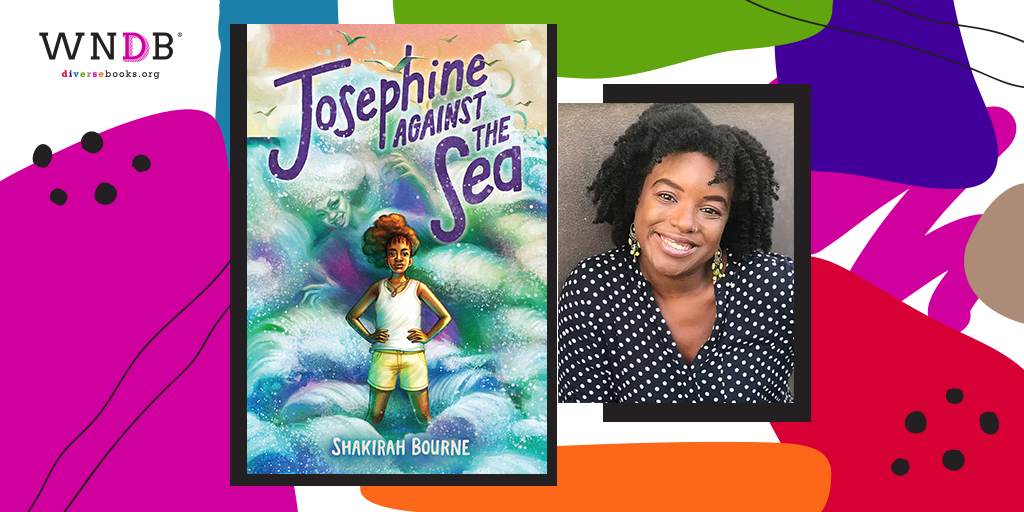 Today we’re pleased to welcome Shakirah Bourne to the WNDB blog to discuss her MG novel Josephine Against the Sea, out July 6, 2021!

Eleven-year-old Josephine knows that no one is good enough for her daddy. That’s why she makes a habit of scaring his new girlfriends away. She’s desperate to make it onto her school’s cricket team because she’ll get to play her favorite sport AND use the cricket matches to distract Daddy from dating.

But when Coach Broomes announces that girls can’t try out for the team, the frustrated Josephine cuts into a powerful silk cotton tree and accidentally summons a bigger problem into her life . . .

The next day, Daddy brings home a new catch, a beautiful woman named Mariss. And unlike the other girlfriends, this one doesn’t scare easily. Josephine knows there’s something fishy about Mariss but she never expected her to be a vengeful sea creature eager to take her place as her father’s first love! Can Josephine convince her friends to help her and use her cricket skills to save Daddy from Mariss’s clutches before it’s too late? 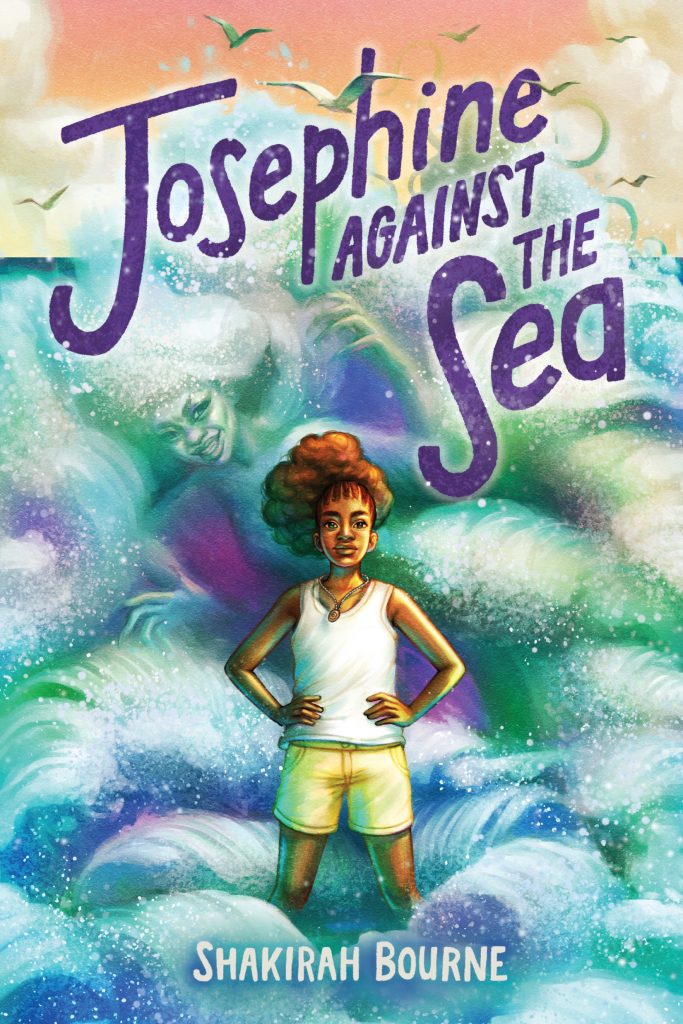 I devoured Josephine Against the Sea. it was original, fast-paced, and hilarious! The thing that excited me most about this book was the fact that you have a girl protagonist who loves cricket, a sport that is particularly dominated by men. Where did this idea come from? Why did you decide to have a woman lead?

The idea for Josephine Against the Sea was inspired by a story I read in English class about a fisherman who became obsessed with a mermaid. I had so much fun writing this book—it was my first attempt at writing kidlit and exploring Caribbean folklore in a novel, and inevitably, some elements of my own personality and experiences growing up in Barbados became infused in the story.

Like most West Indian children, I grew up watching cricket matches on TV, and those moments of angst and victory created strong bonds within my family and the wider community. I have hugged and cried with complete strangers over cricket match results.

I made the assumption that because I loved the game so much, I would be a natural cricket player. However, there were no girls’ cricket teams or training programs accessible to me at the time, and I didn’t get the chance to try out for a cricket team until I went to college.

Spoiler alert: I was NOT a skilled cricket player. Those cricket balls are hard! I always wonder if I may have been a decent cricket player if I had more opportunities to develop the skills when I was younger, so it was important to me to show a young female cricket lover overcome these obstacles to achieve her cricket dreams.

I used my imagination to give Josephine the bowling skills that I will never have. Through her, I can still somehow contribute to the cricket world.

Wow! Cricket matches bring back such happy memories for me! My dad used to gather 20-30 friends to watch the Cricket World Cup together. Those days were something else!

You do an excellent job of modernizing Bajan folklore. For readers who don’t know much about Bajan folklore, can you tell us a bit about it? And, what was your favourite story growing up?

Most of our folklore is rooted in African mythology, with stories, traditions and folklore characters that survived the journey across the Atlantic during slavery, and took on different manifestations throughout the Caribbean.

Growing up in Barbados, it’s inevitable to hear tales of mischievous Anansi the spider, and Brer Rabbit and their schemes. Many of the stories have some moral lesson or theme attached to them, however, plenty of tales were used to scare children into good behavior.

For instance, there is a character called the Heartman, who steals the hearts of children if they venture outside after dark. He is a menacing, cloaked figure who patrols the street in a hearse, and if he catches you outside he’ll rip your heart from your chest and offer the organ to the devil. What a swell guy…

Fun fact: I later discovered that the legend may be based on a real serial killer. 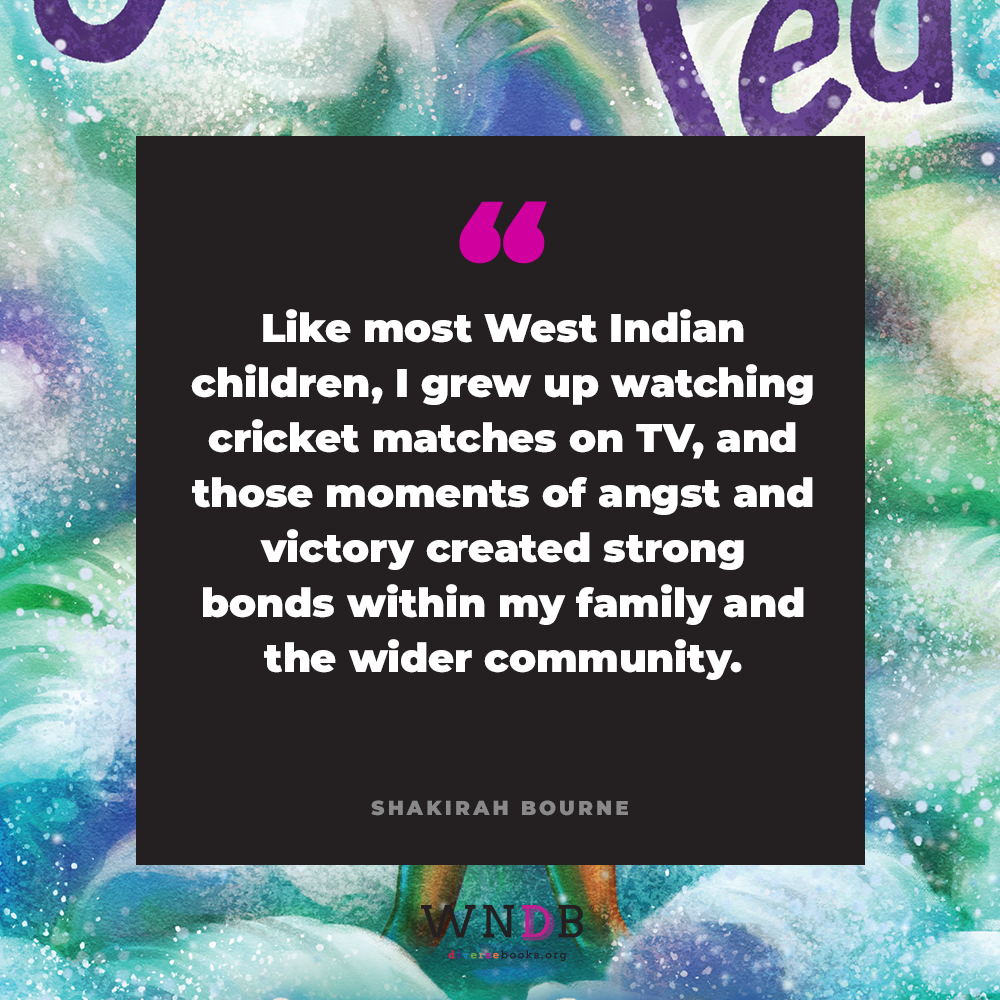 Miss Mo, Akhai’s mother, was my favorite character. I love all her bizarre superstitions, especially the one about leaving banana peel outside the house to stop thieves. In India, we don’t cut our nails after sunset. I still haven’t figured out why, I just know not to do it! Are there any Bajan superstitions that you still follow?

Wow, that’s interesting to know! A quick (and possibly faulty) Google search claims it’s to avoid bringing misfortune into your life. Those logical people have argued that because there was no electricity back in those days, it was dangerous to cut nails at night. Who knows, right? As you said, it’s something you just do.

Our superstitions are similar, in terms of having practices to ward off evil spirits. I was once in a car accident, and though the car was totally written off, none of us had a scratch. While we were waiting for the police and insurance officers to arrive, several bystanders insisted that we all go to the sea to “wash away the bad spirits who tried to claim us.” I’m still not sure if I believe it, but after all the reports were made, we all took a dip in the sea and walked backward out of the water, just in case!

That’s so interesting! Most Hindu superstitions stem from similar beliefs and many people put a kala tika (black dot) on newborn babies to ward off evil spirits! Are the characters in the story inspired by people you know in real life?

The Fairy Vale characters are an amalgamation of people in my community, so yes, you’d definitely find the busybody and superstitious Miss Mo, a caring and supportive teacher like Miss Alleyne, even the four men playing dominoes in front of the rum shop and the old car waking up the neighborhood with its loud engine.

How cute! Can you talk about the process of coming up with the title for your book?

This was a process! I suck at coming up with titles so I want to thank all of the people who were involved in the process.

A friend of mine, Roger Alexis, came up with My Fishy Stepmom, which is the title of the Caribbean edition, published by Blue Banyan Books. I love the subtext and the play on words, but when the US edition sold to Scholastic, the team wanted a change to something that captured the fun and adventure, and also put the main character in the spotlight.

The book was announced as Josephine vs. the Sea Spirit, which I liked because it reminded me of cricket announcements. Then, the editorial team decided that Me Against the Sea better captured the central conflict in the book, and I liked that one too!

Finally, the marketing team advocated for Josephine’s name in the title, and so Josephine Against the Sea was born. It took a long time to get here, but I was honestly grateful that so many people cared enough about my book to want to make sure it had the perfect title.

I love the title you settled on—it’s fun and has a competitive spirit to it, just like cricket. You have achieved so much already as a writer and filmmaker and you have so many awards under your belt, do you have writerly goals that you still have to tick off?

I would love to write an animated feature film! And I’m also interested in writing graphic novels. If the producers of the She-Ra universe happen to be reading, please hire me to write a Mermista adventure!

These goals are epic! I had to look up the Mermista adventures, but they look so cool—she reminds me a bit of Josephine and I think you’d be the perfect writer. Just putting it out there!

I want to end this interview with some fun rapid-fire questions.

Impossible to choose. Some favorites are Matilda, Bayou Magic, A Snicker of Magic, and Coraline.

It’s a tie between Fran Fine and Sophia Petrillo.

One piece of advice for new authors?

“A professional writer is an amateur who didn’t quit.” —Richard Bach

Anywhere that is quiet and has a sea view, with the sound of waves and birds chirping in the air.

What snacks do you have with you?

What’s next for you?

I’m working on an MG horror called Duppy Island coming out in 2022, where a young filmmaker follows her family to a silent retreat, only to find the island haunted by faceless children.

Where can readers find you on social media? 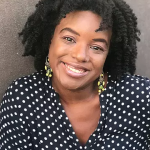 Shakirah Bourne is a Bajan author and filmmaker. She once shot a movie scene in a cave with bats during an earthquake, but is too scared to watch horror movies. She enjoys exploring old graveyards, daydreaming and eating mangoes. She currently resides in Barbados in the Caribbean, and spends most of her time staring out at the sea thinking about new stories to tell. Her debut middle grade contemporary fantasy, JOSEPHINE AGAINST THE SEA, will be published by Scholastic in July 2021.