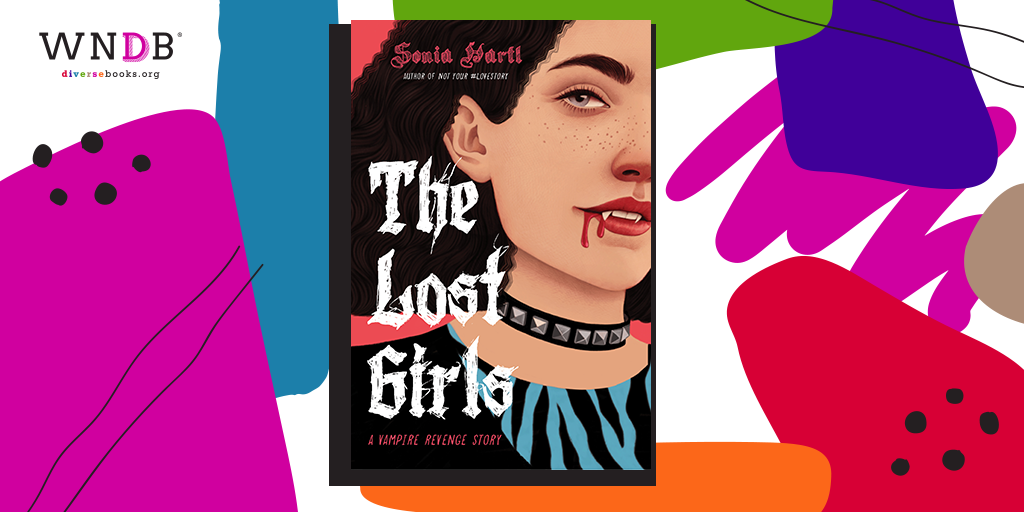 Today we’re pleased to welcome Sonia Hartl to the WNDB blog to discuss The Lost Girls. 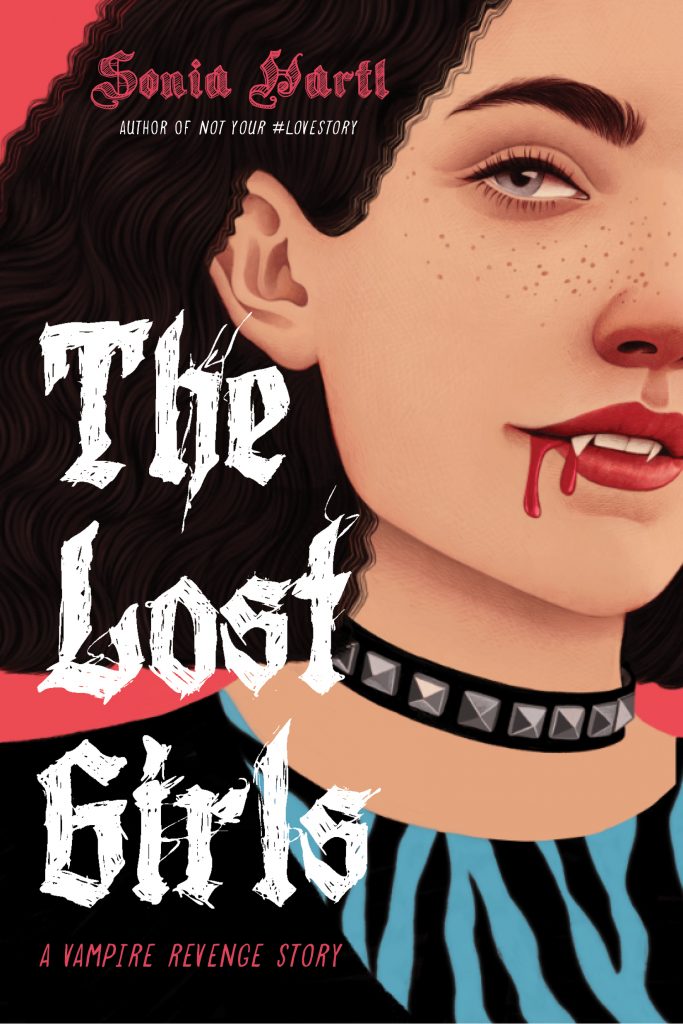 What inspired The Lost Girls? Why Vampires? (Also, is the title based off the vampire film, The Lost Boys?)

It started out with me just messing around on Twitter, probably when I was on deadline (as one does), about how I wanted to read a vampire book set long after one of them turned for true love as a teen when they were both over it and couldn’t stand each other anymore. My agent then helpfully reminded me that I am a writer and I could write that story myself, which is what got the wheels turning. The title is not based on The Lost Boys! Though I do think of it as a nice nod to the movie, especially because my main character was turned in the 80s, it’s really because the girls refer to themselves as lost girls in the book.

Out of all the fantasy creatures, why vampires?

Growing up, I always thought vampires seemed so glamorous and sexy and mysterious, and I thought it would be fun to explore what it would feel like to be a vampire teen for all eternity, the complications and day to day struggles, and how it wouldn’t actually be all that glamorous. 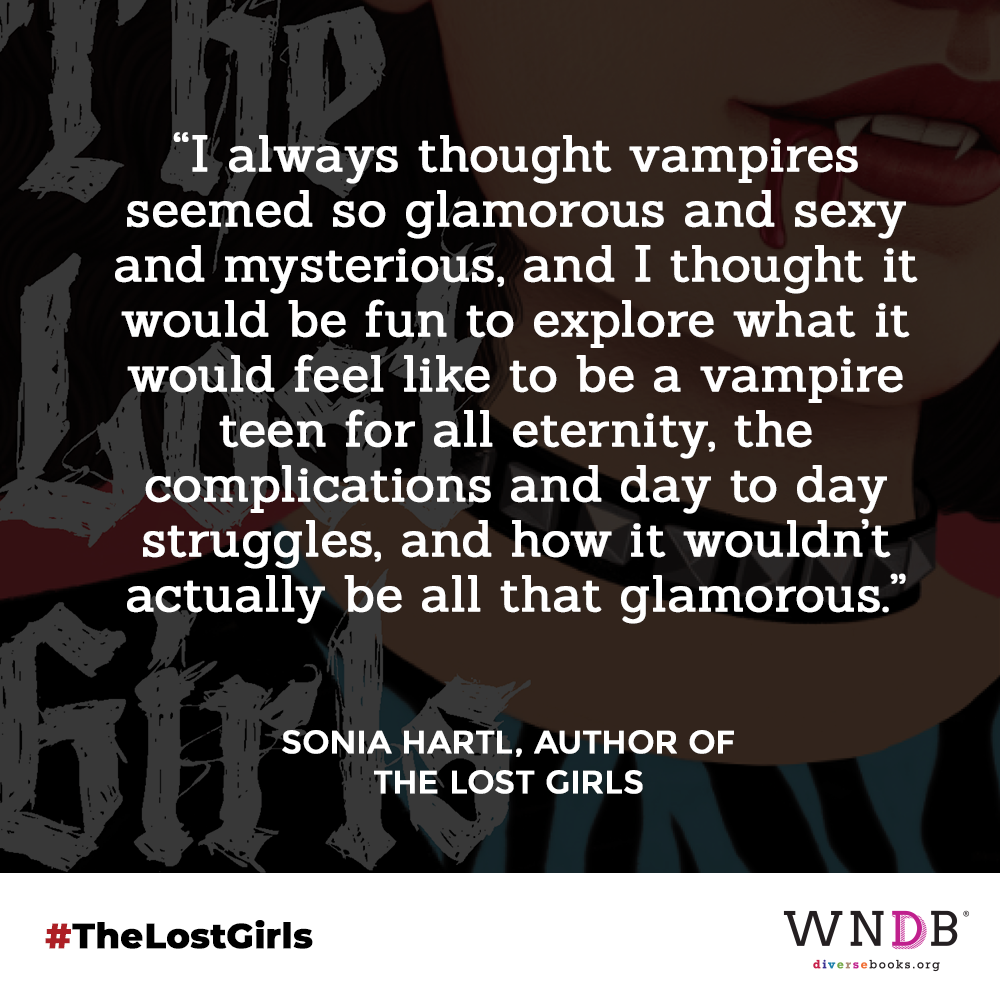 What inspired you to become an author? Were there any stories that you read growing up that made you think “I could do this” or “I want to do this”?

I’ve always written as far back as I can remember. Even playing with my dolls as a kid and making up lives and backstories and scenes for them was a form of writing. I think the first time I had that “I want to do this” feeling was when I read my first Baby-Sitters Club book. I’d gotten completely lost in the story, and it was then that I knew wanted to be able to do that for people. To transport them to a different place and give them the same kind of escapes that I sought.

The hardest part is the end. I’d much rather write beginnings and middles. I’m a pantser, so I usually have no idea how a book will end until I get there, and sometimes I get there and still don’t know, and that’s when things get interesting. And by interesting, I mean messy.

The best part of writing is the kissing and banter! They are always what I look forward to most when I start any story.

What advice would you have to other aspiring writers?

Don’t let comparison steal your joy from writing. It can always seem like you should be in a certain place career-wise by a certain time, but nobody is on the same timeline, and highlight reels don’t often tell the full story. I queried for nine years before signing with my agent and we were on sub for four years before I sold my debut. Though it didn’t feel like it at the time, I’ve always been exactly where I need to be.

What other books do you see The Lost Girls in conversation with, especially with the themes of vampires and/or queerness?

I love that there are so many queer vampire books either recently published, or will be within the next year! The Fell of Dark by Caleb Roehrig (who kindly blurbed The Lost Girls) and Vampires Never Get Old, an anthology edited by Natalie C. Parker and Zoraida Córdova are out now and I’m really looking forward to The Coldest Touch by Isabel Sterling and Where Shadows Reign by Patrice Caldwell.

Besides The Lost Girls, are there any projects or story ideas you are working on and at liberty to speak about?

None that I can talk about at the moment!

What books would you recommend to the readers of We Need Diverse Books?

Some recent sapphic books I’d recommend are I Think I Love You by Auriane Desombre, Cool for the Summer by Dahlia Adler, Rise to the Sun by Leah Johnson, and Some Girls Do by Jennifer Dugan 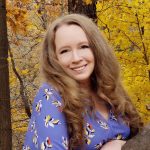 Sonia Hartl is the author of Not Your #Lovestory and Have a Little Faith in Me (Page Street), which received a starred review in BookPage and earned nominations for the Georgia Peach Book Award, YALSA’s Quick Picks for Reluctant Readers, and ALA’s Rise: A Feminist Book Project List. She’s a member of SCBWI and the Managing Director for Pitch Wars 2020. When she’s not writing or reading, she’s enjoying pub trivia, marathoning Disney movies, or taking walks outside in the fall. She lives in Grand Rapids, MI, with her husband and two daughters. Follow her on Twitter @SoniaHartl1.

Previous Post: « How To Win A Slime War Is the Book Mae Respicio Has Wanted Since Childhood
Next Post: Q&A With Michelle Quach, Not Here to Be Liked »
Applications are open for Literary Agents of Chang