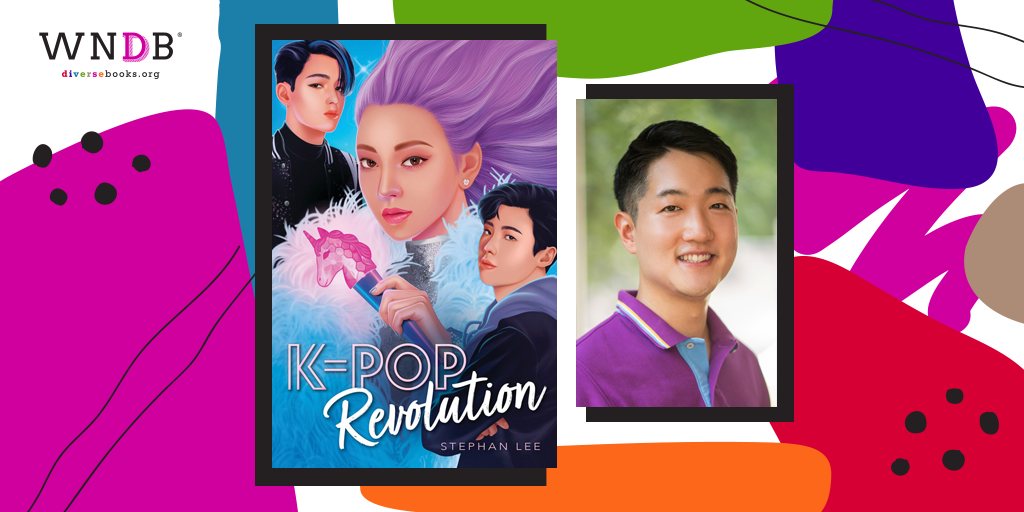 As a rising music star, Candace’s life is filled with fans, cameras, and glamor. She and her boyfriend, YoungBae, are a K-pop power couple; she’s a walking icon at Brandt Foreign School; and her new girl group, known simply as THE GIRLS, is poised to break records across the industry. With her status as the industry’s K-Pop Warrior, she has all the clout at her disposal to make waves. Right?

Her label promises to help make sweeping changes for the industry to become a more humane and compassionate place for artists. But what will happen when the road to a record-breaking debut isn’t as smooth as they’d planned? When a rival girl group emerges to steal the spotlight, carrying the message of change better than Candace ever could, she’ll have to decide what it’ll cost her and her bandmates to stand up for their beliefs. And as the world turns against her, with online bullies scrutinizing her every word, there’s only so much that one person can take.

From the top of the world to the brink of disaster, Candace is going to have to figure out why the world is out to get her. And she’s not going to be able to do it alone.

How far does one girl need to be pushed to start a K-pop revolution?

In an Instagram post, you mentioned that K-Pop Revolution is one of the hardest books you’ve ever had to write and you had a finished draft but scrapped it, and then re-wrote it in a matter of weeks. Can you explain what happened with the first draft and how you ultimately had a breakthrough?

Writing the second book was tough because I was overly invested in what people might be saying or what the results might be. I was overloaded with thoughts like: “if I do this, will people react one way? Or if I make this decision, will this bookstore not carry my book?” You know, like things like that. My hands were kind of tied by that because if you’re trying to please everybody, you’re not really going to write an authentic story. So, I wrote. I spent forever and I went way past my deadline, kind of in isolation, writing this draft that didn’t feel real. The story just hit all the notes of a K-pop group’s rookie year, but it didn’t have the emotional bravery that Candace would normally have. My editor told me, “This is good, it’s really fun. We can put out this version, but it doesn’t really feel like Candace.” And it was because I was kind of afraid.

This was around when a lot of the [anti-Asian] hate started coming up and I kind of felt that very personally, because I’ve had my own experiences with that. But even though that was so hard, it kind of loosened me up. I realized nothing really bad was going to happen from writing this book. Even if the worst possible thing happened with the book, if people hated it and if I had to cancel it before it came out for whatever reason it was not going to kill me. It’s not going to make me a bad person. So, I just kind of freed myself. I was so far over deadline, like months over deadline, it was a bad situation. My editor was just like, “this book needs to come out at this time, no matter what, so you better finish it.”

So, I actually started over and wrote the whole thing in three weeks. And it became a completely different book, but it just flowed, it just came out of me and I felt free. It felt so good because the emotional arc for Candace is about her digging herself out of being too afraid to speak up and I put a lot of myself into that.

Social media and the public’s perception of K-pop idols was a big part of the book. Can you explain some of your thoughts about that?

Social media is a powerful weapon for good in the book, but then it’s also the most powerful weapon for bad. It’s definitely a double-edged sword. I feel like we’ve all seen situations where people get so destroyed on social media over very small things. I think it can feel a little bit exaggerated in the K-pop world where it’s just like, “Oh my gosh, one of her groupmates looked at her in a shady way on a reality show” and it becomes a giant scandal. I think that concept may be a little bit foreign to some American readers, for instance, because you have to do a lot more in Hollywood for there to be a real scandal.

Oftentimes “haters” just want to spread negativity because they know it gets likes. But it doesn’t always reflect how they actually feel. That realization kind of opened my eyes to be like “oh this hate (about my book) isn’t necessarily real.” And I wanted Candace to kind of feel that on a much bigger scale because she gets a lot of hate. But then she’ll be reminded when she’s out in the world that people actually do like her or they don’t even know about the negativity. But then some people will try to manipulate her to make it seem like everything people are saying online represents what most people really think or that really is how you are. I think people, whether they’re famous or not or have written books or not all deal with this, especially nowadays. So, I definitely wanted to capture that and how damaging it can be, but only if you let it, you know?

Were any of the characters based on or inspired by real-life K-pop stars?

When I first started writing K-Pop Confidential, Candace looked a lot like Dahyun from Twice. In my head One.J looks a little like V from BTS but also mixed with a bunch of other stars. But I would say biographically, One.J has most in common with G Dragon, actually. For Aram, I pictured a version of Irene from Red Velvet. And then for WooWee, I imagined IU, with one of her long hairstyle looks. I thought of Helena’s appearance-wise looking like a blonde version of Tiffany from Girls’ Generation and Rose put together. I was definitely inspired, especially in the first book, by K-Dramas. Helena has half bangs, which are very big in K-Dramas and sort of signal to viewers that this is a mean girl and I wanted Helena to really embody that.

So, Candace is in a love triangle of sorts in this book. Can you tell me a little about that?

I wanted YoungBae and One.J to represent different things for Candace. YoungBae represents a down-to-earth existence for Candace. I always referred to him in the book as warm. He’s physically warm. His hands are warm, when you hug him he’s warm, and that’s a very important thing to me in my actual life. What I want in a partner is physical and emotional warmth.

It is a big deal to me because it kind of represents security and that’s who YoungBae is to Candace.

Then One J is more aspirational. As Candice gets more famous and more scrutinized, One.J becomes almost more comforting to her than YoungBae, because they can relate more to each other, they’ve both reached a level of fame which makes it difficult to relate to regular people. In the beginning, Candace is mad at One.J because of his privilege; it makes him untouchable because he’s a male star who reached this godlike status. And after a while, that becomes very attractive to her instead of repellent, because she feels like the one thing that could save her from all of this drama, she’s going through is One.J or being close to someone who’s so untouchable. The two boys are characters with their own stories, but they also act as extensions of Candace’s journey. So, she kind of goes back and forth in her mind, trying to decide what kind of world she wants to live in. 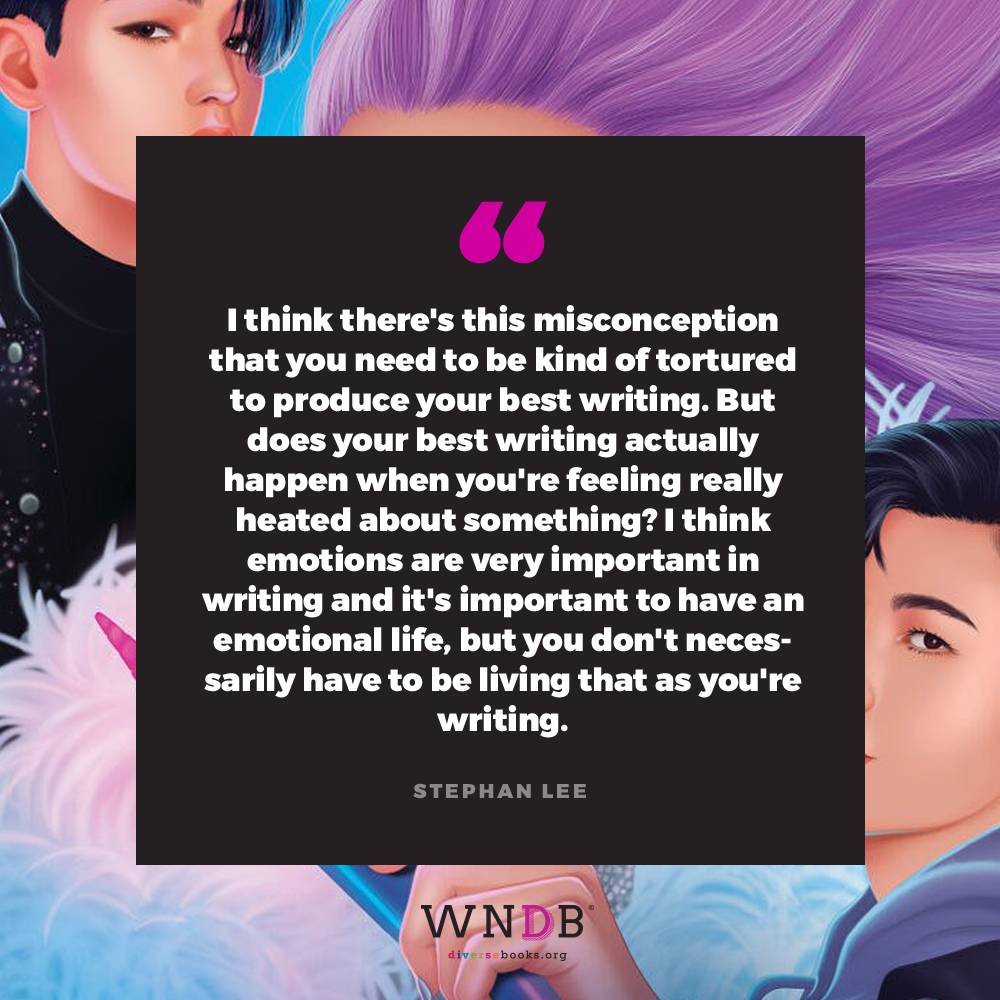 What was the most interesting thing you learned while doing research for the book?

For this book, I wanted to explore Black Koreans living in Korea and what they experience. I did a lot of research and some interviews because I wanted to treat it really sensitively. Out of the individuals I talked to, a lot of them have one Black and one East Asian parent. During my research, I learned that, yes, having that kind of background makes you very different, but it can also be good. I really enjoyed exploring that a bit because there’s a character in K-Pop Revolution named YoonJoo who has a Black parent and an Asian parent and owns it, but also has to struggle with that.

Your plotting is amazing! Do you have any writing advice for aspiring authors?

I start with character always and then let that form the plot because if you think about it, the plot really does follow my main characters’ inner arcs. Even all the corporate intrigue in K-Pop Revolution is really centered around how Candace plays a part in it. So, I’d say definitely start with the character. Also, always just be very forgiving of yourself, let yourself write bad stuff, and always just get started. So, I would just say get started and then people always talk about rituals, but I say just do whatever you can to make yourself happy while you’re writing. I think there’s this misconception that you need to be kind of tortured to produce your best writing. But does your best writing actually happen when you’re feeling really heated about something? I think emotions are very important in writing and it’s important to have an emotional life, but you don’t necessarily have to be living that as you’re writing. So, while you’re writing, just try to be at peace, be, be happy, be comfortable.

What are you writing next?

I’m working on my first adult book and that has nothing to do with K-pop. It’s actually from the point of view of a teen boy living in Atlanta, Georgia, and going to a prep school and his family is falling apart. It takes place in 2004, so the time period is very different. I hope to announce a very cool thing about the K-pop books very soon! I have an idea for a third K-pop book. The third book would be about Candace and her group trying to make it in America and moving to Hollywood. I also have ideas for books that are in the K-Pop Confidential world but aren’t about Candace. I have an idea for the SLK members because I drop a huge bomb about them in the second book.

Stephan Lee is a journalist, author, and multi-fandom K-pop stan. He currently works as Senior Editor at Bustle after a five-year stretch covering books and movies at Entertainment Weekly. At EW, he traveled to Seoul for three weeks to write a feature about Korean entertainment’s world domination, interviewing K-pop idols, filmmakers, and drama writers. He earned an MFA in Creative Writing at The New School. 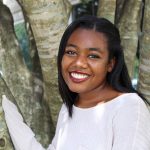