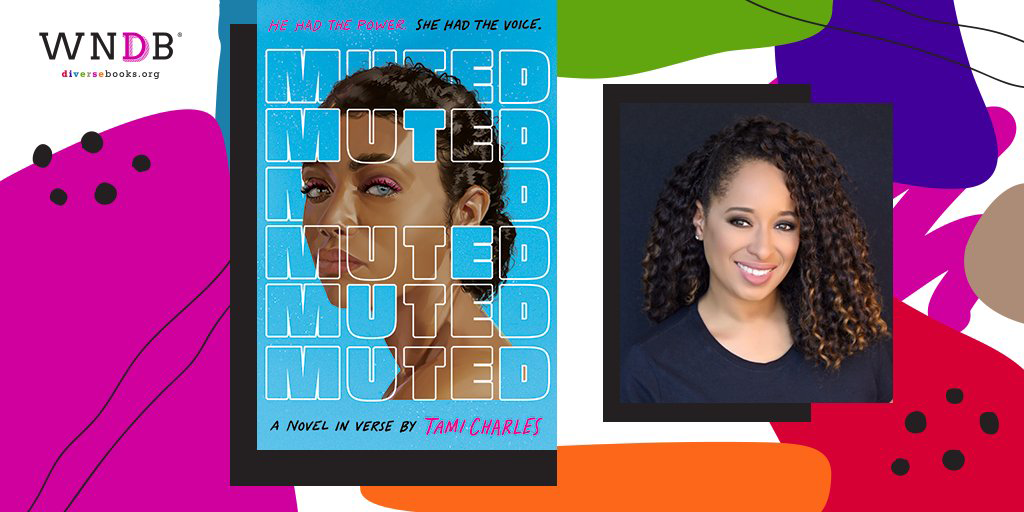 Today we’re pleased to welcome Tami Charles to the WNDB blog to discuss her YA novel Muted, out February 2, 2021! 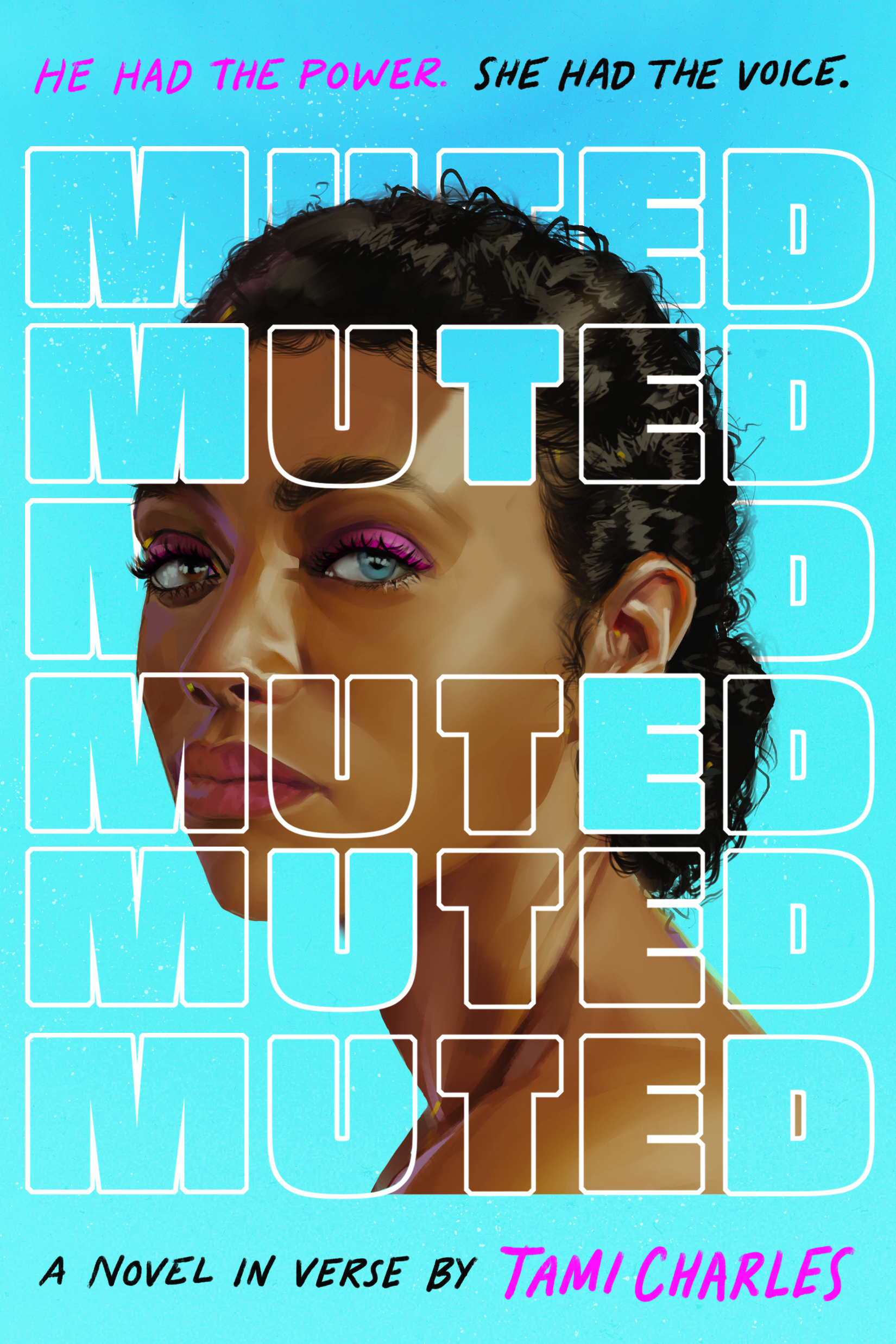 For seventeen-year-old Denver, music is everything. Writing, performing, and her ultimate goal: escaping her very small, very white hometown.

So Denver is more than ready on the day she and her best friends Dali and Shak sing their way into the orbit of the biggest R&B star in the world, Sean “Mercury” Ellis. Merc gives them everything: parties, perks, wild nights—plus hours and hours in the recording studio. Even the painful sacrifices and the lies the girls have to tell are all worth it.

Denver begins to realize that she’s trapped in Merc’s world, struggling to hold on to her own voice. As the dream turns into a nightmare, she must make a choice: lose her big break, or get broken.

Inspired by true events, Muted is a fearless exploration of the dark side of the music industry, the business of exploitation, how a girl’s dreams can be used against her—and what it takes to fight back.

How much did your experience in the music industry inspire Denver’s? What advice do you have for young artists entering the industry?

My experience played a role for sure. I definitely had my moments as a teen, where I was a bit of a rebel, much like Denver (sorry Mom and Dad!). My advice to any young artist is to never diminish yourself for the sake of someone else. In some ways, this is where Denver messed up. Also, I advise aspiring artists to prioritize your family and friends over power players in the music industry. Your family and true friends will be the ones to help you navigate and make proper choices.

What was it like writing Muted? What kind of research did you conduct to bring this story to life?

Writing Muted was difficult for so many reasons. First, I almost didn’t want to write it because in some ways, it felt too personal. Once upon a time, I navigated the world that is the music industry. Did I come out unscathed? Yes. Do all girls? No. Did I see some thangs? Yup.

Growing up, my village was tight, but that’s not always the case for girls of color with stars for eyes. So I wanted to shine a close lens on all the complexities that can exist in the pursuit of fame.

My research included lots and lots of reading. I read many poetry books but gravitated to Rupi Kaur, Jason Reynolds, Maya Angelou, and Amanda Lovelace. I also read a ton of news articles that featured personal interviews and stories of young women who were exploited by some of the top men in power in the entertainment and television industry. I also watched documentaries such as Surviving R. Kelly (parts one and two), The Reckoning, and Leaving Neverland.

Denver retells the story of what happened to her singing group while on a plane ride home. Part of her story includes a welfare check conducted by Atlanta PD. For those reasons, I also personally interviewed a pilot and a police detective to ensure authenticity in key scenes.

The reader can observe from the (absolutely gorgeous) cover that Denver has heterochromia. What did you want to convey by featuring a protagonist with this unique condition?

Do you like to write songs yourself? If so, would you like to share one of your favorite lyrics you’ve ever written (in or beyond Muted)?

I do like to write songs! I actually stopped writing them about twenty years ago, when I gave up pursuing a singing career. Writing this book helped me revisit my love of songwriting, which allowed me (well, Denver) to write some original lyrics throughout the book. My favorite song is I’m Through.

This is the point in the story where Denver is fed up with waiting for her parents to sign the contract that would allow her to work with Sean “Mercury” Ellis. She has done everything her parents have asked and yet, they still won’t make her dreams a priority.

I always do what you say,

put aside my dreams every day.

I give my time,

just so you could fly….

By the end of the book, these lyrics come full circle, and (hopefully) the reader understands them on many levels. 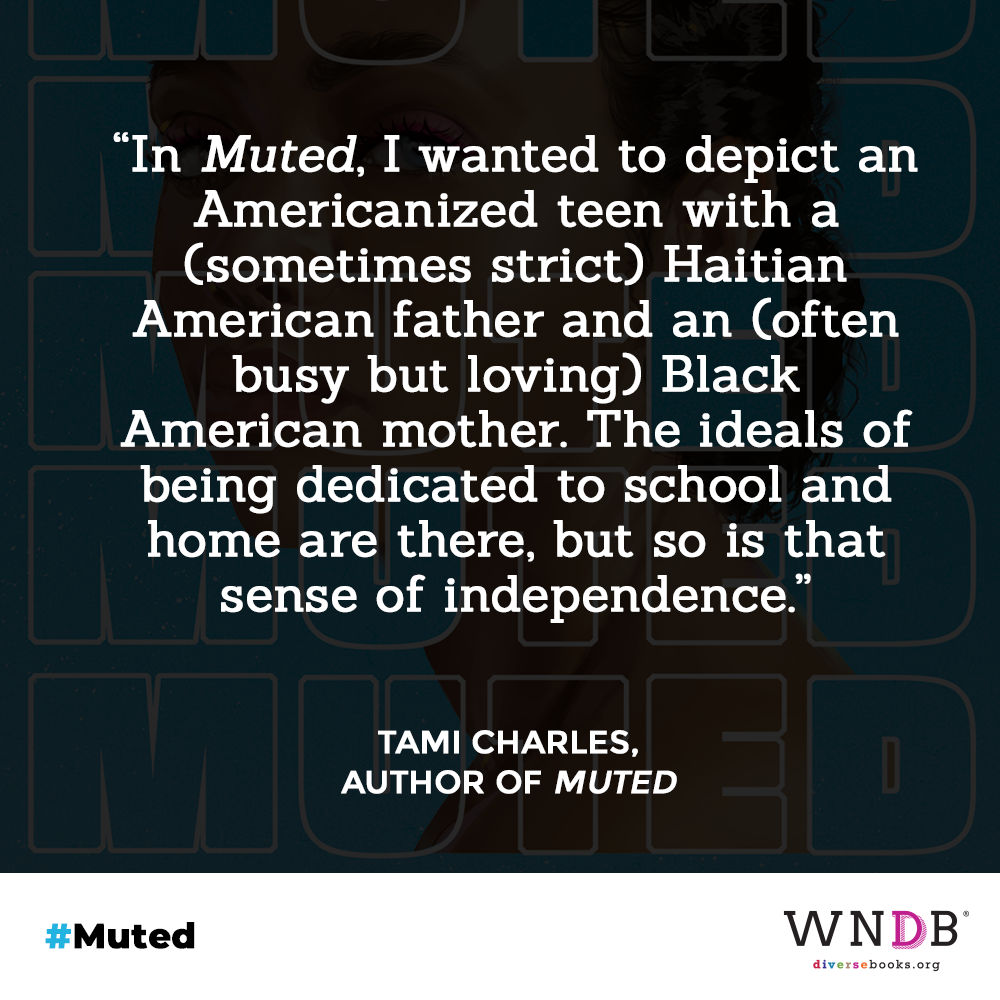 Muted is as much a story about family, friendship, and self-love as it is about the insidious, lesser-known evils of the music industry. Why did you choose to write about the aforementioned topics as well?

I chose those topics because they represent the rollercoaster ride that is the music industry. In the late 1990s, I was a member of an R&B singing group.  We tried our best to hit the big time, but it didn’t happen for us. We were friends. We were family. The journey was both beautiful and rough. There were times where we felt like quitting. Personally, there were times when I felt like I wasn’t good enough or talented enough or skinny enough to be on anyone’s album cover. And sure, there was a time or few where I met some shady characters in the industry. Aspiring artists grapple with so much in their journey to becoming a star. There are the chosen few who make it. But then there are many who don’t. I wanted to shine a light on all of that and let readers know that no matter what, their voice matters both on and off the stage.

Throughout the novel we see Denver’s family use Haitian Creole words to express love to each other. How does Denver’s heritage shape her?

Denver’s heritage definitely plays a role in how she’s shaped as a character.  I was inspired by my sister-in-law’s teen years and I wanted to juxtapose that with my own experiences, for balance. My mom and dad-in-law were very strict…as in “you can’t go to any parties without your brother” kinda strict. The Haitian motto is: “Lekol, Legliz, Lakay” which translates to “school, church, and home.” My sister followed this motto to the letter, but she did leave home at a young age to give herself some sense of independence.

Those values stayed with her and she is very successful today, and I think leaving home to spread her wings was necessary. As for me, my parents weren’t as strict as hers. My mom was on the rise in her career and very busy, much like Denver’s mom in the story. My father was busy as well, but a bit stricter than my mom. My parents allowed me to go to sleepovers and parties with friends. My in-laws would’ve never let this slide! These decisions and ideologies very much boiled down to culture.

In Muted, I wanted to depict an Americanized teen with a (sometimes strict) Haitian American father and an (often busy but loving) Black American mother. The ideals of being dedicated to school and home are there, but so is that sense of independence, which is what emboldens Denver to make the choices that she does even if those choices go against the cultural grain.

What other books would you recommend to those who enjoyed Muted?

I think the following books would pair well with Muted: 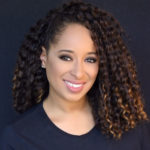 Tami Charles is the critically acclaimed author of numerous books for young readers, including Like Vanessa and Becoming Beatriz. In her teens and early twenties, Tami enjoyed a taste of fame as a member of an all-girl R&B trio. They performed for Boyz II Men, BET, Showtime at the Apollo, and had a one-hit wonder on the radio. Those were the good old days! Tami’s adult years would lead her to the classroom, where she worked as an educator for thirteen years before pursuing her childhood dream of becoming an author. For more information on Tami and her books, visit tamiwrites.com.

Previous Post: « Cover Reveal for Yusuf Azeem is Not a Hero by Saadia Faruqi
Next Post: What It’s Like to Illustrate a Biography for Kids »
We're thrilled to reveal the cover for TOKYO NIGHT