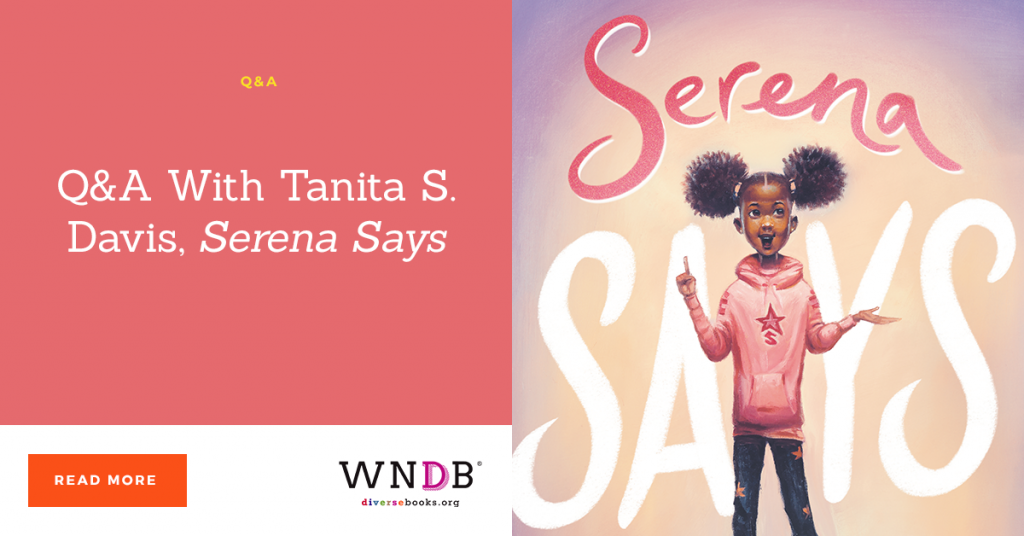 Award-winning author Tanita S. Davis delivers a heartwarming and humorous middle grade tale about a young Black girl who finds her own voice through vlogging and learns to speak out. Perfect for fans for Sharon M. Draper and Lisa Greenwald.

JC shines like a 4th of July sparkler. She has the best ideas, the biggest, funniest laugh, and the party starts when she arrives. Serena St. John is proud to be known as her best friend.

Everything changes when JC returns from the hospital with a new kidney—and a new best friend. Out of the spotlight of JC’s friendship, suddenly things aren’t quite so sparkly in Serena’s world.

Lonely Serena works on perfecting her vlogs, hoping to earn a shot at becoming a classroom reporter. If she can be smart and funny on video, why can’t she manage that in real life? If only she could always pause, edit, or delete conversations. It would be so much easier to say the right thing at the right time . . . instead of not saying what she should, or, even worse, blurting out a secret that wasn’t hers to share.

Life doesn’t have a pause button—but as Serena discovers her voice through vlogging, she learns that she’s not just there to reflect JC’s light—she’s fully capable of shining on her own. 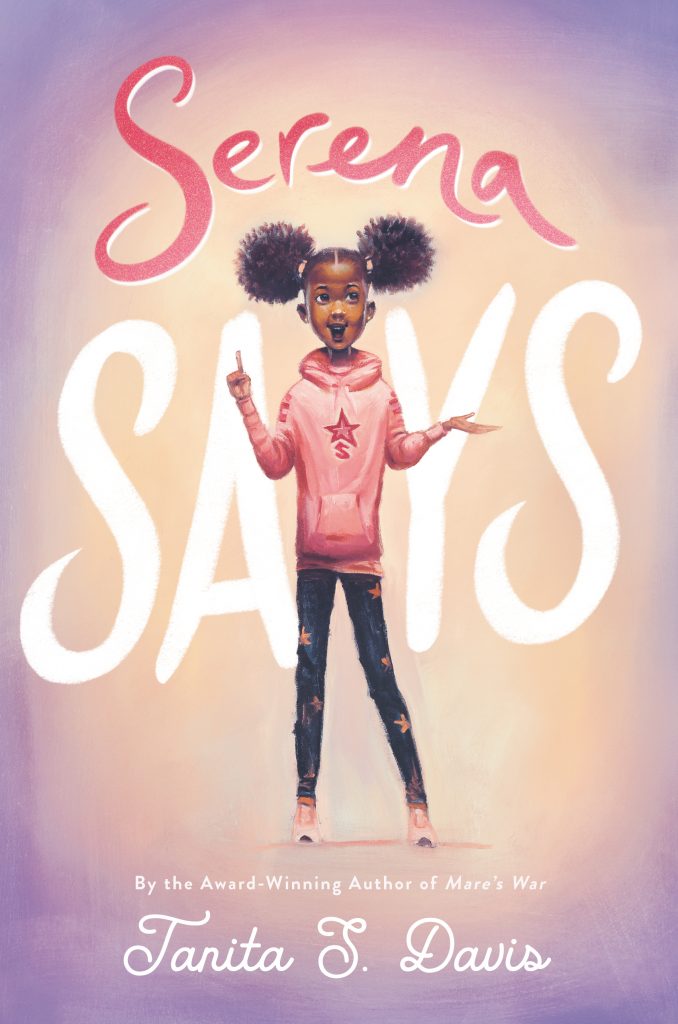 One of my favorite things about the book is the distinctiveness of Serena’s voice. How did you develop her personality? Is it inspired by anyone in particular?

Thanks! Serena is inspired by the real-life Fallon, my niece. When Fallon was about four, she started holing up in her room to record herself just talking. She made up talk shows, did stuffed animal interviews, the works. I seriously thought she was going to go into meteorology or broadcast news (she’s a graphic designer, so nope). I love the idea of kids both expressing themselves and creating a time capsule of who they are at a particular time in their personal history, and Serena’s personal-thoughts-turned-hobby sprung from there.

Serena Says is interspersed with transcripts of Serena’s vlogs, where Serena is quite vocal about her life. However, she is often nervous about speaking up for herself with her best friend JC. What purpose does this contrast serve over the course of the novel?

I remember back in the day—way back in the day—I asked a friend how she could stand to put all of her business on MySpace (see, I told you, way back in the day). And she said, “It’s not my real life, though, just the little parts of it.” And that stuck with me. So much of what we really think is never revealed except in slivers in the performance of life we put on social media, or even on our faces at school. I believe there’s power in the real—and power in speaking up. I’m not saying I’m good at it; if you’re an introvert, especially, it’s the work of a lifetime. But real is where it’s at, and speaking our truths, as so many young people are now doing? Is solid, worthy work that we all need to accomplish.

You touch on so many important issues in this book, including mental health, physical disability, and race, yet at the same time, you maintain an authentic sixth grader’s perspective. How did you balance these two aspects?

I was a very old sixth grader. My parents started doing foster care when I was ten, and it brought home even more clearly that not every family is a happy one, not everyone’s brain or body works optimally or without pain, that not everyone’s path is easy. Sixth graders contain multitudes, and they’re already well aware of a lot of this. I just supplied the vocabulary as a way to articulate what young people already think about, wonder about, and know.

JC is the recipient of a kidney transplant, which is not something we see in many middle-grade books. What do you hope to convey by including a character like her?

Normalcy, in a word.

My sister lost half of her senior year in high school to her kidney transplant. It was really hard for her to try and maintain friendships and keep up with all the school drama—not to mention homework—when she wasn’t there. It’s hard for anyone not to be included.

While I’m not necessarily advocating that anyone write a 90’s era Very Special Episode problem novel, I do think writers need to work towards inclusivity and to be as deliberate and thoughtful about it as possible. I wanted to write a novel that allowed JC to have a lot going for her that isn’t her bum kidney—she’s funny and smart and snarktastic and friendly—but she’s also immature, impulsive, and a little self-involved, just like anyone. Not saintly, not soppy, just average. Including characters of all kinds normalizes the struggles all of us face—whether physical or mental or emotional.

The absence of a father figure in Serena’s family does not stop it from being close-knit. The dynamic between Serena, her mother, and her sister is heartwarming and humorous alike. Why is it important to portray families living happily that deviate from the traditional heteronormative family trope?

There are so many families held together in so many different ways and made up of so many different moving parts. The earlier I think we can normalize that, the happier people are—because the only real ingredient that it takes to make a family is love, after all. Not blood ties or having a designated male-gendered breadwinner and female-gendered nurturer. Just people who love each other, doing the work to make it work.

How did you find the eyeshadow recipe Serena recommends in a vlog?  I would love to try it someday!

LOL. I found it on the internet, which is a scary, scary place.

That being said, I tried all of these first because I was that girl who took cotton balls and soot (!!!) and beet juice and made eyeshadow and lip tint when I was in junior high. Oh, yes. Before there was Goop (hahahah), there was, um, me.

For those readers who enjoyed Serena Says, are there any other books you would recommend?

Just off the top of my head, have you read Wendy Wan-Long Shang and Madelyn Rosenberg’s This is Just a Test and Not Your All-American Girl? Those are great. I also loved More to the Story by Hena Khan, Merci Suárez Changes Gears by Meg Medina, New Kid by Jerry Craft, and Blackbird Fly by Erin Entrada Kelly (and Hello Universe, and basically anything else she writes). I love Lisa Moore Ramée’s Something to Say and From the Desk of Zoe Washington by Janae Marks, and Front Desk by Kelly Yang ….and a ton of other books.

Since we’re going to end this interview at some point, I’ll stop now.

Tanita S. Davis is the award-winning author of six novels for middle grade and young adult readers, including Peas and Carrots, Happy Families, and Mare’s War, which was a Coretta Scott King Award Honor and earned her a nomination for the NAACP Image Award. She lives in San Francisco, CA.