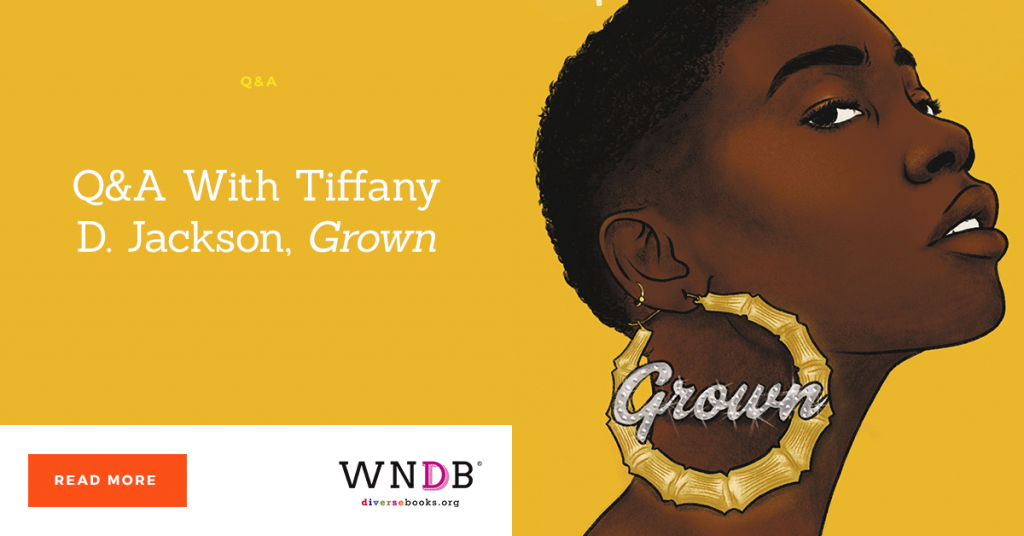 Today we’re pleased to welcome Tiffany D. Jackson to the WNDB blog to discuss her YA novel Grown, out September 15, 2020! 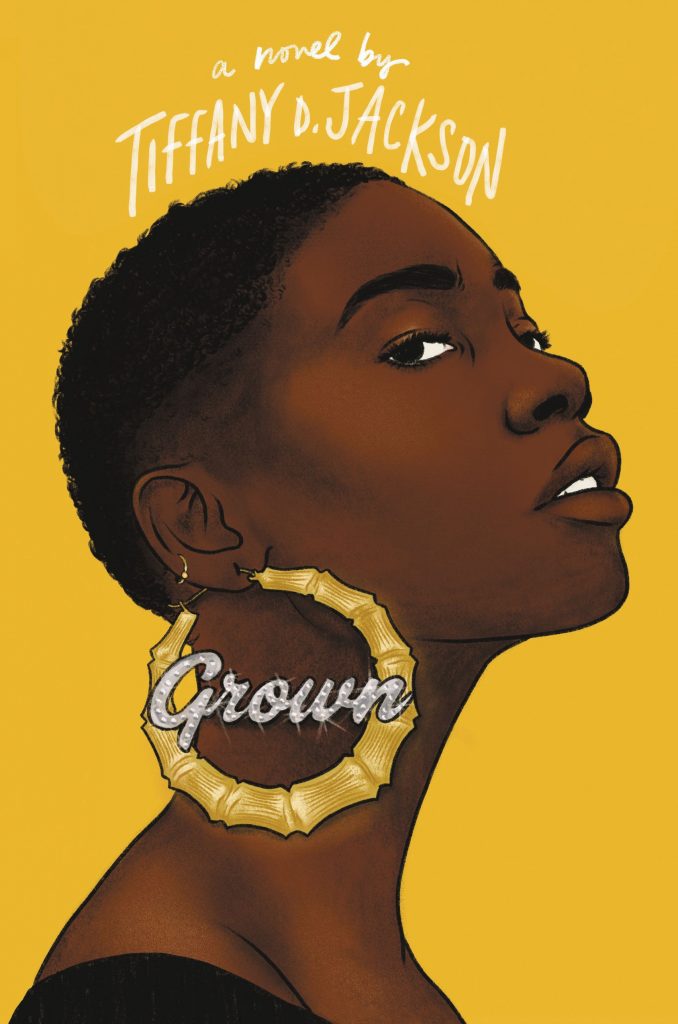 When legendary R&B artist Korey Fields spots Enchanted Jones at an audition, her dreams of being a famous singer take flight. Until Enchanted wakes up with blood on her hands and zero memory of the previous night. Who killed Korey Fields?

Before there was a dead body, Enchanted’s dreams had turned into a nightmare. Because behind Korey’s charm and star power was a controlling dark side. Now he’s dead, the police are at the door, and all signs point to Enchanted.

You’ve written several extremely compelling YA mysteries (Monday’s Not Coming was an excellent read!). Where do you turn to for inspiration? Where did the idea for Grown come from?

Typically, I’m inspired by real cases that I stumble upon by happenstance or people share crazy stories with me and I dig deeper. (For example, I read the case for Allegedly while up late at night after a breakup. Best thing that ever happened to me.) I’ve always been a sucker for true crime, eager to understand not only the ‘why’ and ‘how’ it happened but also wondered how it impacted the community at large. I have a running Excel spreadsheet of about fifteen cases I keep track of, slowly researching and hoping to turn into my next novels.

The inspiration for Grown came from the stories of the survivors of R. Kelly. It’s about a 17-year-old aspiring singer who is swooned by a legendary yet older R&B superstar with promises of fame, leading her to turn against her family, until his body shows up and all fingers point to her.

Are you normally a plotter or a pantser, and did you follow your usual writing process for Grown? How do you keep the plotlines in your mysteries organized while writing?

I’m definitely a plotter, through and through. Since I’m a filmmaker by trade, I create detailed outlines/storyboards. Of course, all rules were made to be broken, so it’s rare that I stick the script, but it helps to keep me on track.

Grown was a different beast to write. My previous books were based on older cases that had final outcomes, thus information, books, and documents readily available. The case Grown is inspired by is still ongoing, updates occurring even while I was writing, which made it harder to nail down specifics. Since this story hit closer to home, as I was a girl who was in an age-inappropriate relationship in high school, I decided to write more from the heart. It feels incredibly uncomfortable not having my research “shield” to protect me.

Grown starts with a plotline that I love—your protagonist wakes up with no memory of the previous night and she has no idea if she was involved in the murder of Korey Fields. Why did you want to explore this plot?

Ha! I’m glad you liked it! I’ve never tried this type of device before and always wanted to. Been worried it would come across as corny but it’s really my fav.

Are there any common plot devices or mystery novel tropes that you usually love? Any that you outright avoid?

I think the trope is called “The Butler Did it” which is the one where the entire novel is like a game of CLUE and you’re trying to figure out who the murderer is. That’s my favorite! I love the suspense and guessing. (Side note: I love murder mystery dinner parties!)

The trope I will always avoid is ‘drunk detective’ trope who magically solves the mystery. I grew up watching Columbo. He would never!

Like all your work, Grown is a mystery but it goes deeper than a whodunit and explores Me Too, sexual violence, addiction, abuse, and more. Do you normally start with themes that you want to explore in your books or do you start with the plot and characters and let the themes build from there naturally?

When you’re in the middle of living life, you never stop down and say, “Hm. Wonder what theme I’m going through right now?” So, I never start a book with a theme in mind. I just let the story speak for itself. By the time I finish the book, I generally have an understanding of what I’ve covered, until I read a book review that lists everything! (Thanks for the assist, reviewers!)

I always joke and say my main inspirations are authors who live under the radar and only focus on their books and craft. That’s my ideal life. One day I will be the Old (wo)man living by the sea.

What other books do you think Grown is in conversation with? And do you have any recommendations for other published or forthcoming kidlit (particularly YA)?

There’s a few books coming out soon that will really add to the conversation:

Paula Chase’s Turning Point, which is a middle grade and FAB!

Tami Charles’s Muted is a book in verse, which I can’t wait to get my hands on.

Tiffany D. Jackson is the critically acclaimed author of Allegedly, Monday’s Not Coming, and Let Me Hear a Rhyme. A Walter Dean Myers Honor Book and Coretta Scott King John Steptoe New Talent Award winner, she received her bachelor of arts in film from Howard University, her master of arts in media studies from the New School, and has over a decade in TV/Film experience. The Brooklyn native still resides in the borough she loves. You can visit her at writeinbk.com.

Previous Post: « Q&A With Marieke Nijkamp, Even If We Break
Next Post: Q&A With Nita Tyndall, Who I Was With Her »
LAST CALL for WNDB 2023 Internship Grant Partners!