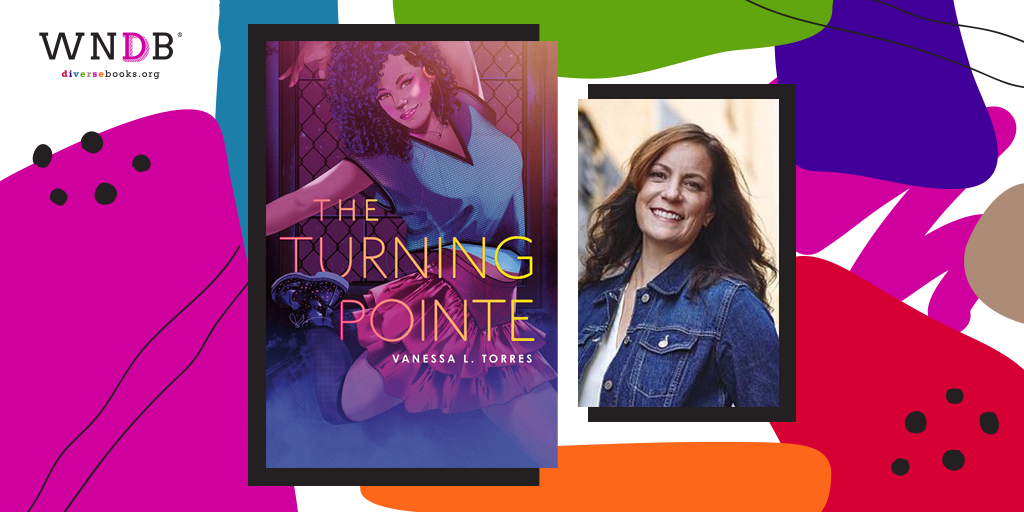 When sixteen-year-old Rosa Dominguez pirouettes, she is poetry in pointe shoes. And as the daughter of a tyrant ballet Master, Rosa seems destined to become the star principal dancer of her studio. But Rosa would do anything for one hour in the dance studio upstairs where Prince, the Purple One himself, is in the house.

After her father announces their upcoming auditions for a concert with Prince, Rosa is more determined than ever to succeed. Then Nikki–the cross-dressing, funky boy who works in the dance shop–leaps into her life. Weighed down by family expectations, Rosa is at a crossroads, desperate to escape so she can show everyone what she can do when freed of her pointe shoes. Now is her chance to break away from a life in tulle, grooving to that unmistakable Minneapolis sound reverberating through every bone in her body. 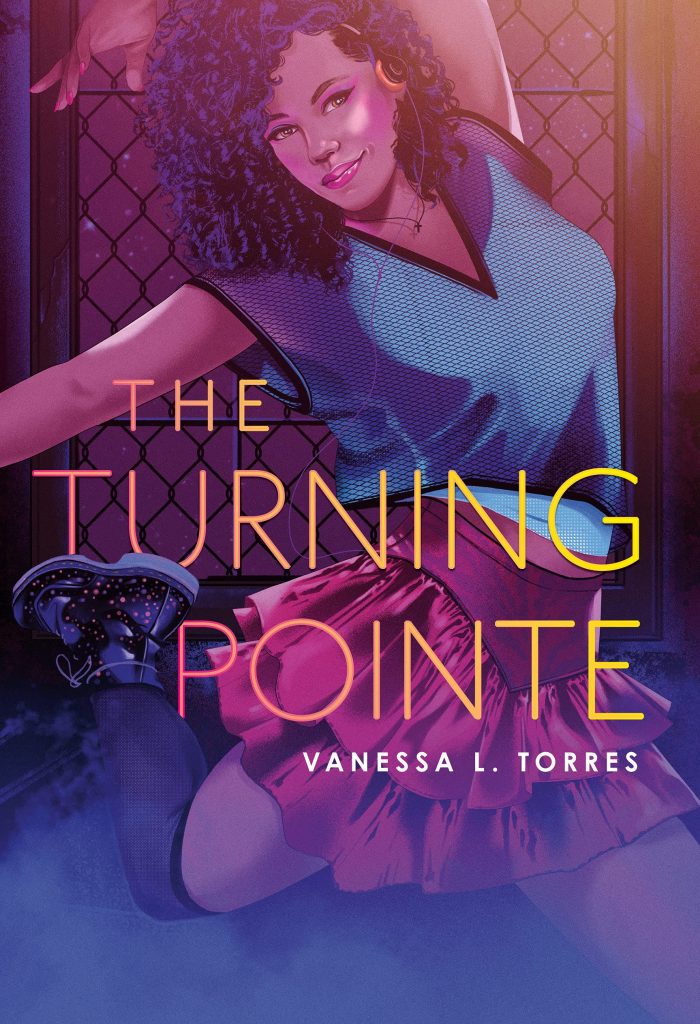 What inspired you to write The Turning Pointe?

Well, I could easily say, my love for Prince and his music. And yes, that would be totally true. I’ve been “Prince-obsessed” like my main character, Rosa, since I was twelve years old.

After Prince died, I couldn’t stop thinking about my time as a dancer at The Minnesota Dance Theatre. It was 1983, and word traveled fast around the studio that Prince was taking dance classes under our roof.

I found every opportunity I could to sneak upstairs and watch him perfect his pirouettes. So, yeah, those memories were the initial spark for the book.

I grew up in Minneapolis, as one of the few inner-city kids dancing on financial assistance for MDT’s Children’s Performing Arts Division. I came of age in downtown Minneapolis. I hung out in places I probably shouldn’t have been hanging out in. So many of those places, people, and experiences made it into the book. But moreover, as I wrote, the story also became about my own identity, and how growing up, I never felt like I fit in any one space. I am from a wonderful, close, Mexican American family—one that did not pass down speaking Spanish to the younger generations. For my grandparents, it was about assimilation and being protective of their children, knowing the obstacles being mixed race often brings.

I never really feel I belong anywhere, one hundred percent of the time. I could not have written Rosa’s story about her finding forgiveness and self-love, without including my own struggles.

I love this question! Several years ago, when I was new to writing novels, I attended a writer’s conference. There was a session about finding your voice. And something the presenter said has stuck with me until this day.

She said, write the story only you could write. Your experiences are unique. There isn’t another person on this earth who can tell your story the way you do. Once you tap into that, you’ve found your voice, and your book.

Once I discovered this within myself, I had my muse for The Turning Pointe.

Aside from the fact that my book centers around a real event in music history, the Prince concert at a club called, First Avenue, where he first played songs from his iconic album, Purple Rain. I also wrote about the ’80s because they were so rad!

So much has changed since then. But unfortunately, there are some things that haven’t at all. I really wanted this to resonate with my young readers.

Another great question! So many scenes were a blast to write, it’s almost impossible to choose one… I’m going to say anything between Rosa and Nikki, for sure. I love their chemistry and their relationship developed so naturally in my head. They were such a joy to write.

However, ultimately, without giving too much away, there is a scene with Prince that totally wins first place. Mostly because there might something a bit autobiographical about that chapter. ☺ 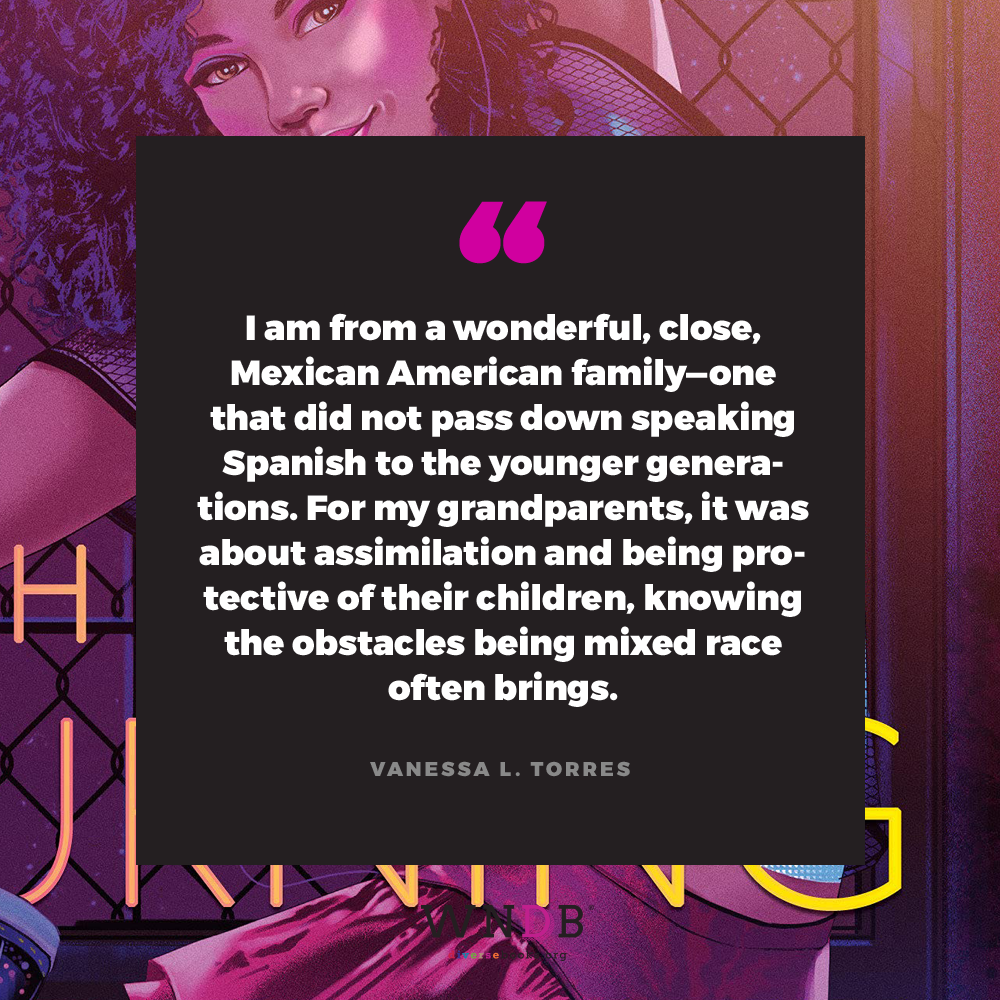 Were there any topics you didn’t mean to write about, but snuck up on you?

Wow. So many. I am what’s known in the writer’s world as a “pantser,” meaning I write by the seat of my pants. No outline. I have a story in my head, and I sit down and start writing.

However, I never begin until I have very detailed character bios. This helps steer the story because by the time I’m typing, “Chapter One,” I know my characters so well, their motivations are very clear.

Still, quite often, I’ll be drafting a scene and suddenly, I’m digging deeper than I’d expected. This definitely happened with Rosa’s father, and his battle with alcoholism. In the earlier drafts, that part of his story line was more superficial. It became such a necessary part of his arc. I love his journey. It is very close to my heart.

The Turning Pointe deals with body image, familial love and trauma. What do you hope your readers take away from Rosa’s story?

My hope is that every reader will see a little of themselves in the characters in this story and come to a place where they can be okay with not being okay. Because so many of us are not. We’ve all got “stuff.” We all make mistakes. And the way the world is right now—so much loss and reasons to give up. I guess by the end of the book, I hope my readers feel empowered to keep reaching for whatever it is they want. Whatever it is they deserve. Whether it’s self-love, love from another, or the courage to get out of bed every morning. It may seem like such a small thing, but really for many, it’s not. So, yeah, that is my hope.

Tell us about your upcoming projects.

I have about a thousand potential projects crammed inside my brain. It’s a shame there are only so many hours in the day! Right now, I am working on another young adult book for Knopf, my publisher. I am very excited about it. I can’t say too much, but I will give a hint that it is inspired by my other career, a firefighter/paramedic. It has been quite emotional to draft, but also so much fun!

And when I have moments away from novel writing, I write picture books. I love the challenge of telling a complete story in so few words. Maybe someday, I’ll see my name on a jacket for something like that.

Thank you, We Need Diverse Books, for having me. It is truly an honor. 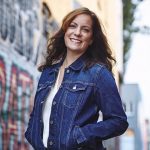 Vanessa is an author of stories for young readers. She wrote her first book in the third grade on construction paper, binding it with red yarn. It was about an overall-wearing princess and an ice cream-loving dragon who wouldn’t give up on their dreams. Like the princess and the dragon, Vanessa never looked back after that book. Here’s to many more dreams on the page. And cheers to all who love reading them.