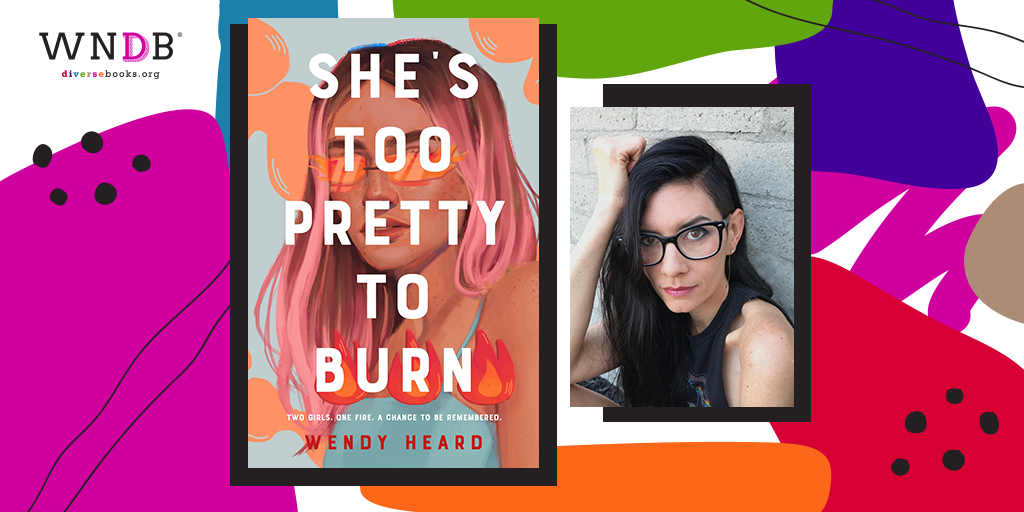 Today we’re pleased to welcome Wendy Heard to the WNDB blog to discuss her young adult novel She’s Too Pretty to Burn, out March 30, 2021!

An electric romance set against a rebel art scene sparks lethal danger for two girls in She’s Too Pretty to Burn, an expertly plotted YA thriller by Wendy Heard.

The summer is winding down in San Diego. Veronica is bored, caustically charismatic, and uninspired in her photography. Nico is insatiable, subversive, and obsessed with chaotic performance art. They’re artists first, best friends second. But that was before Mick. Delicate, lonely, magnetic Mick: the perfect subject, and Veronica’s dream girl. The days are long and hot—full of adventure—and soon they are falling in love. Falling so hard, they never imagine what comes next. One fire. Two murders. Three drowning bodies. One suspect . . . one stalker. This is a summer they won’t survive.

Inspired by The Picture of Dorian Gray, this sexy psychological thriller explores the intersections of love, art, danger, and power. 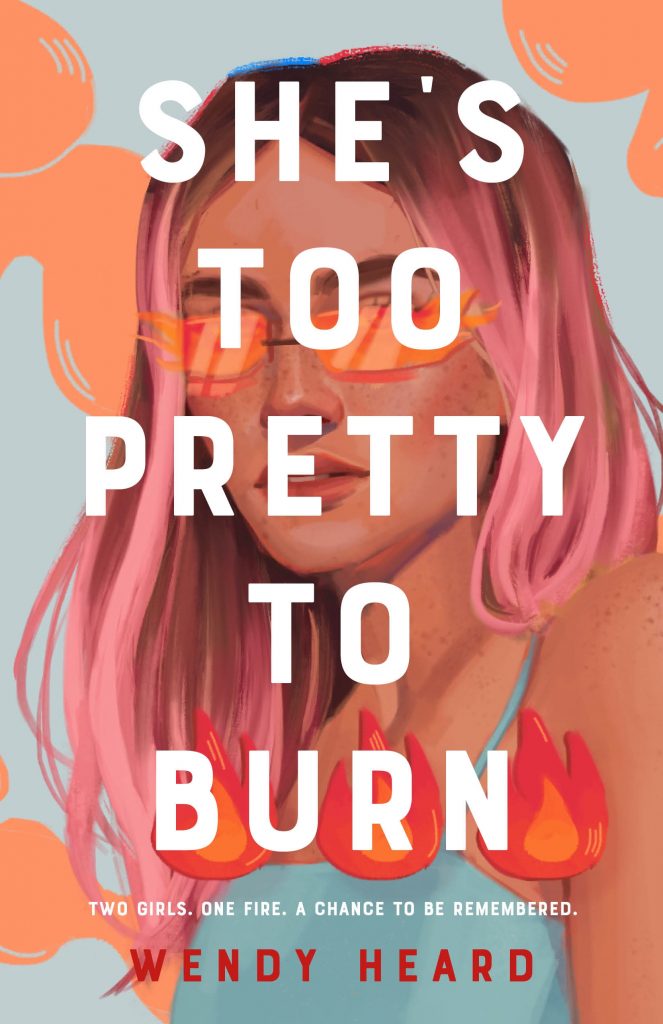 You’ve also written two adult thrillers before She’s Too Pretty to Burn. What did you find most different about writing a YA thriller from writing an adult thriller? Are there aspects of writing craft that are different beyond just the age of the protagonist(s)?

While writing She’s Too Pretty to Burn, I got a lot of great tips from my agent and editor. One that springs to mind was to make sure to explore and really unpack the emotions in each scene. I also made story decisions around the age of readers; I was thoughtful about my audience as I decided on plot points. I wanted to make teen readers feel seen and to provide just the right level of grit. It took me a minute to get the hang of it, but soon it felt as natural as writing adult books.

You were inspired by The Picture of Dorian Gray. What do you think is universal about that story and why do people return to it again and again? Why did you choose it as inspiration for this novel?

I loved the idea of exploring the flip side of vanity through the perspective of a teenage girl. I wanted to talk about what it means to be a muse, to be the object of inspiration and affection. That’s a static role and one without much agency. What does it feel like to go from girlhood into young womanhood and suddenly be the center of attention in a new and disturbing way? I wanted to talk about how intrusive it can feel to have your personhood separated from your physical body and for your body to become the object of unwelcome interest to society at large.

On the other hand, I wanted to explore the way social media functions as magic, how someone can go from anonymous to internet famous overnight, and the issues of consent that surround all of this. Mick’s fear of photography is somewhat autobiographical, and I’ve been wanting to write about that for a long time. Dorian Gray is such an interesting story with so many thematic elements; I’m not surprised artists keep coming back to it for inspiration.

This book is full of characters who are flawed and deeply complex. In thrillers, especially in YA, we often call characters like these ‘unlikeable,’ especially if they’re girls or women. Did you have this in mind while you were writing the novel and did you push against expectation in any way?

I struggle with the idea of likeability. It’s this nebulous quality that girls and women seem so beholden to pursue—do women and girls owe likeability to the world? Besides, people are all different; what’s likable to me won’t be likeable to you. What I find bold and brazen you might find bratty and annoying. How is a character supposed to be universally likeable? Why would we even expect that? I think there are so many more interesting things a character can be: Cruel, kind, conniving, impulsive, artistic… Mick is on the edge, someone with less and less to lose and major self-destructive urges. Veronica barrels forward, acting before thinking, always in the spirit of adventure but unaccustomed to thinking about consequences in advance. When I was writing them, I was concerned with making them complex and flawed, with a big, scary road to travel, but I didn’t ask them to be likeable.

Are you a plotter or pantser? Did you follow your usual writing process for She’s Too Pretty to Burn?

I’m a plotter, but I do broad strokes when first going in. I write in four acts, and I plan the major plot points before I start writing, but I do scene planning once I’m a little closer because so much can change once I get in there and see what it’s like.

For this book, I developed a new trick I’m going to keep using. I write the book to the midpoint, stop, and do an edit before moving on. Because the second half is so dependent on the first, this helps me avoid taking accidental rabbit trails I’ll have to undo later. That one or two weeks of work to edit the first half before writing the second has saved me months of work in rewrites. I did one other thing that helped a lot: when I was writing act 3, I left town for a few days, got a cheap hotel room, and holed myself up until I had that third act really solidified. I ended up writing half of the last act on that weekend, and I came back knowing exactly how I wanted the book to end. 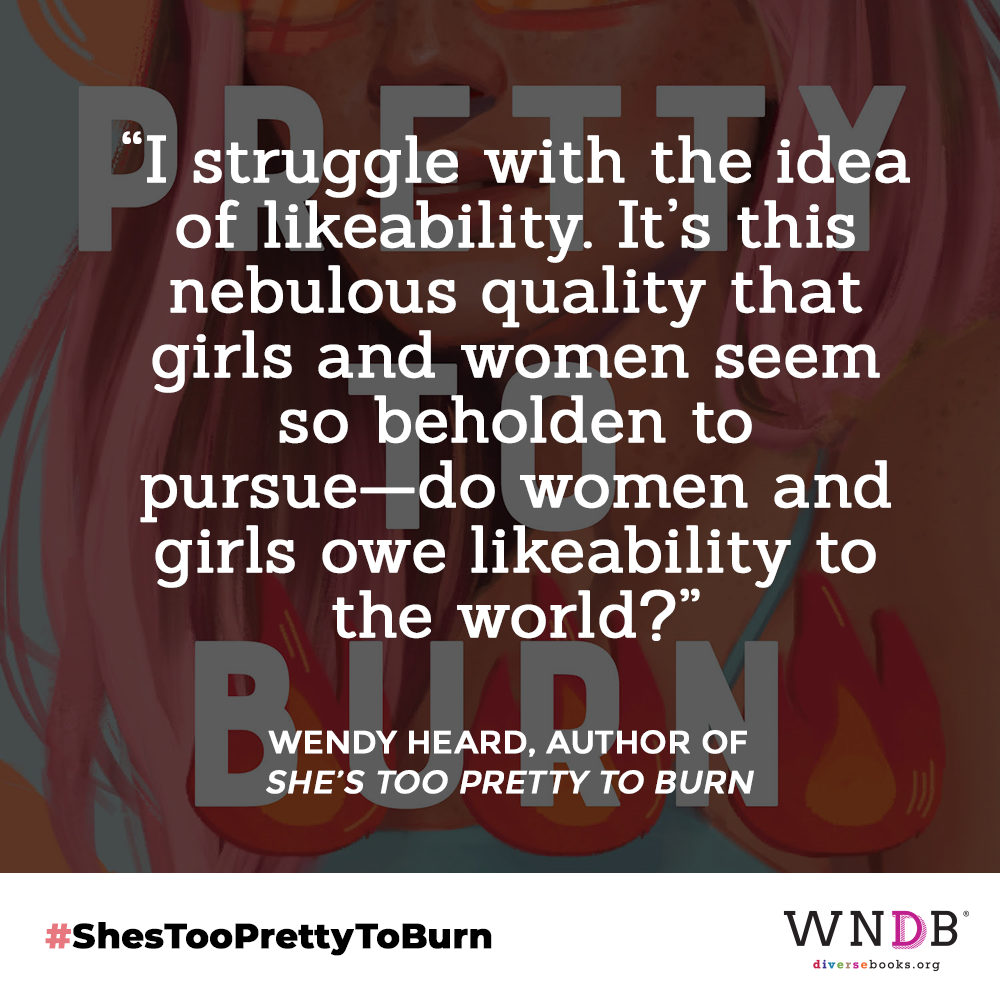 What’s one of your favorite tropes or plot devices in thriller? Are there any you absolutely avoid?

I love everything about mystery. Give me a big city family who moves to a small creepy town, an untrustworthy love interest, an “Is it ghosts or is it something else?” storyline. I love all of it. When I was at my first writer’s conference, I heard Jennifer Hillier say, “Yes, it’s all been done, but not by you.”

I don’t like references to young dead women where the narrator reflects on how pretty she was, or what a waste it is that she’s now dead because of her beauty, or how pretty she is even in death. It makes me feel like the loss of a girl or woman’s life is only tragic because of her physical beauty, like her value as a human was mainly decorative.

Tell us about a time you were engaged with a thriller/mystery (book, movie, TV show), and a plot twist absolutely shocked you.

The last book I was really sucked into was Diana Urban’s upcoming These Deadly Games. I literally could not put it down. It has a fantastic plot twist and some incredible red herrings. Coming 2022!

If you could design your dream panel to promote this book, what would it be about? What other authors would you want to have on it with you?

What a question! I’m torturing myself trying to whittle this list down to less than thirty; there are so many authors I admire and would love an opportunity to talk books with. I narrowed it down to the following, whose books I think are beyond awesome and with whom I’d love to discuss building characters and thriller/suspense/horror plots that engage a reader.

What other books do you think She’s Too Pretty to Burn is in conversation with? And do you have any recommendations for published or forthcoming kidlit?

On the one hand, I feel it’s in conversation with F/F books such as One Last Stop. On the other, I believe it’s part of the conversation about young women and girls in mysteries and thrillers who don’t conform to that genre’s traditions around victimhood, such as Female of the Species and Sadie. There’s another part of the book that deals with Mick’s home life and financial situation, and that’s the sort of theme that comes up in books like Erica Waters’—I’m reading her upcoming The River Has Teeth, and it’s fantastic.

I want to talk more about Nico’s art crimes! I enjoyed plotting those installations maybe more than any other part of the book. I want to talk endlessly about the urban forest, Fishing for People, the ring of fire, the silver statues…I plotted each of those out down to the wind resistance and, in the case of the bridge, how long it would take to drill into the concrete…I even had the fishing net picked out online. I have to thank my writer friend Kit Rosewater, who helped me come up with the best ones. Her books are wonderful, by the way. She writes the middle-grade Derby Daredevils books. 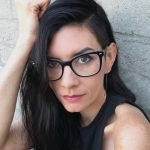 Wendy Heard is the author of She’s Too Pretty To Burn, as well as two adult thrillers: The Kill Club and Hunting Annabelle, which Kirkus praised as “a diabolically plotted creep show from a writer to watch.” She is a member of Sisters in Crime, International Thriller Writers, and Mystery Writers of America, is a contributor at Crimereads.com, and co-hosts the Unlikeable Female Characters podcast. Wendy lives in Los Angeles, California.

Previous Post: « The Power of Family History
Next Post: Why My Graphic Novel Has an All-Queer, All-Latinx Cast »
Agents: @literaryagentsofchange is looking for men