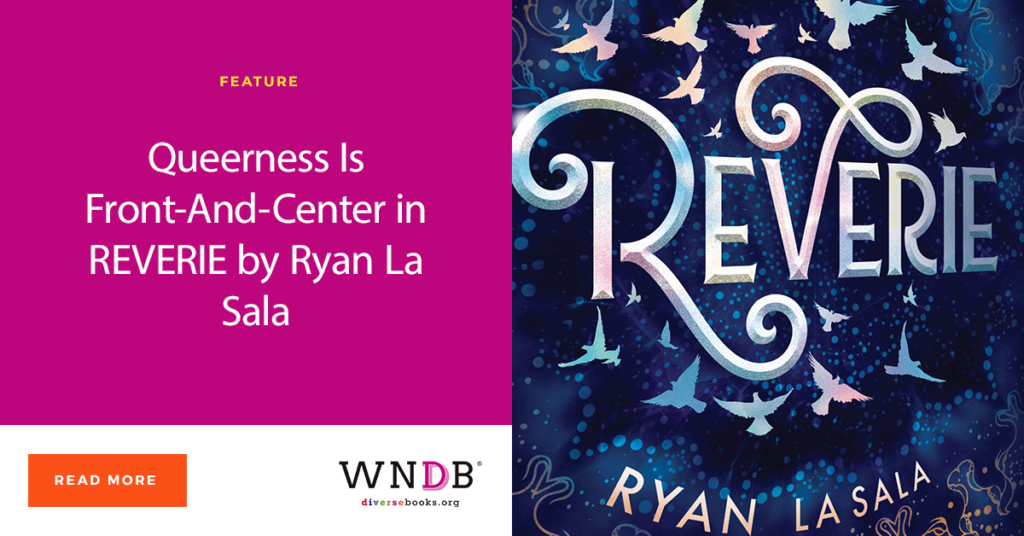 “I was interested in reading stories and fairy tales, but I would always get to a point in the story where I put the book down and had to act it out myself—I had to participate in it myself,” La Sala said. “Because I was so interested in participating in the stories…I would make up scenes in stories and dream about them to the point that sometimes I would talk to somebody and have a totally different version of a book that we’re both reading.”

Further, La Sala said, “I’ve always been compulsively interested in affecting the world around me and sort of bringing fantasy to life.”

His debut novel, Reverie, seems like it was plucked straight from that sentence—it’s essentially a YA portal fantasy in which a cast of characters are thrown into various realities which they must conquer in order to save actual reality. Truly, the book’s premise is of fantasy coming to life. 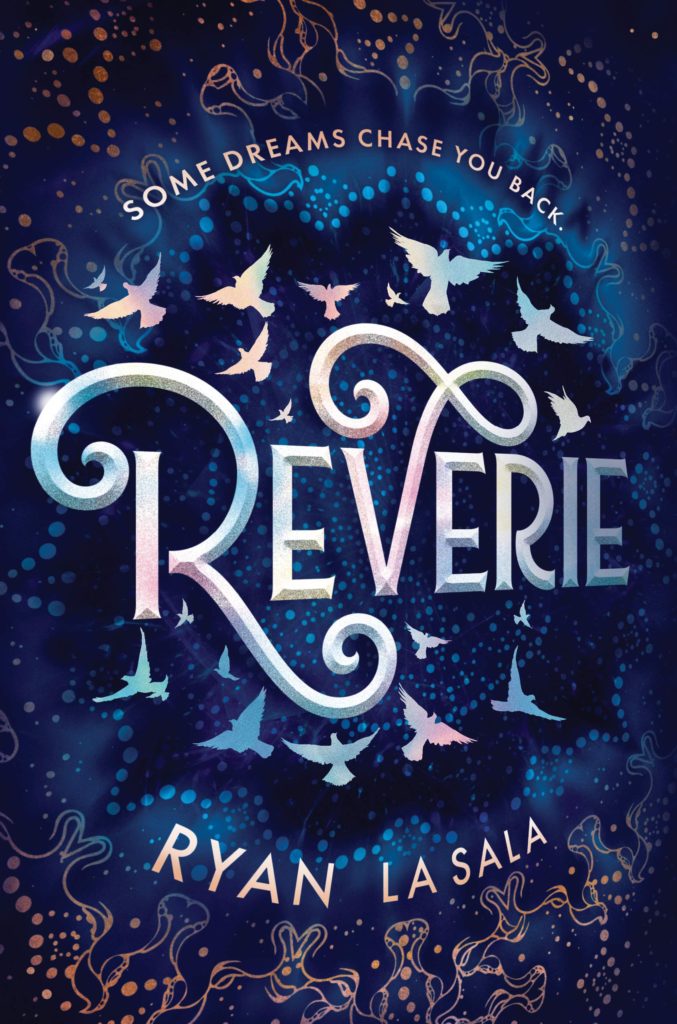 “[This] book is important to me because it reorients what it means to be a hero toward qualities I had as a kid,” La Sala said. He added that the media he consumed as a child, especially in the 1990s, portrayed queer people almost exclusively as villains, describing that kind of representation as “traumatic” and saying, “You ingest a certain belief about yourself and it takes root.”

In Reverie, La Sala really wanted to unpack why people do the things they do and explore reactions to the same issue from two points of view: That of the hero, Kane Montgomery, and that of the villain, a drag queen sorceress named Posey.

His big hope, he said, is that readers will walk away from the book with almost more questions than they got answers, including from core questions like “who was really evil after all?”

Along his journey to publication, La Sala said he didn’t really expect the book to be as accepted as it has been.

“Having mainstream reception to such a book that puts diversity and queerness as a front-and-center plot point and point of origin for a lot of the characters really was…it was vindicating,” he added. “I didn’t expect any of that. To not only not be laughed out of the auditorium, but to be asked to step up on stage and say more has been a great surprise.”

La Sala is a writer now, but he said his first love was the visual arts (in fact, there’s a very funny story which came up on his recent episode on the Write or Die podcast involving a craft project and bedazzled eggs, which is well worth the listen if for no reason other than the laughs).

He came to writing later, realizing it was the quickest way to share his imagination.

“Writing actually first and foremost was just an act of archives for these characters and these worlds that I was making up and drawing and playing in, like creating an almanac or a written history,” he said. “As far as why I write now—it remains the most influential way to impact reality, for me at least.

“I’m limited in power, but I do have privilege, and I do have a voice and a platform that I cultivated. Even Twitter to me is a form of writing that is very expressive and helps me feel engaged with the world and influential, like an act or experiment of surreality. I love the idea of bending and playing with reality, and writing is what I can do with the powers that I have.”

La Sala is currently working on edits for his next book, which he couldn’t share much about at the time of the interview other than to say he was very excited about it.

“It is a total departure and I couldn’t be more thrilled about it,” he said. “My second book is a contemporary rom-com, a queer romance novel between two boys in a competitive arts & crafts competition. There’s no magic but it feels like an extremely magical story because it deals with cosplay.”

In addition, he was kind enough to share some advice about marketing yourself as an author. For those who don’t know, La Sala is anecdotally hailed as one of a few YA authors in the Twittersphere who are exceptional at marketing.

One incredibly helpful tip he gave was to interview yourself—as an aspiring or soon-to-debut or probably even seasoned author, sit down and answer interview questions aloud to yourself.

“So much of what makes marketing impactful is concision and articulation,” La Sala said, adding, “Get to the point where you communicate with people, you’re not lecturing people.”

Previous Post: « Cover Reveal: THE TALK edited by Wade Hudson and Cheryl Willis Hudson
Next Post: Eric Smith’s DON’T READ THE COMMENTS Is About Online Spaces and Harassment »
Applications are open for Literary Agents of Chang