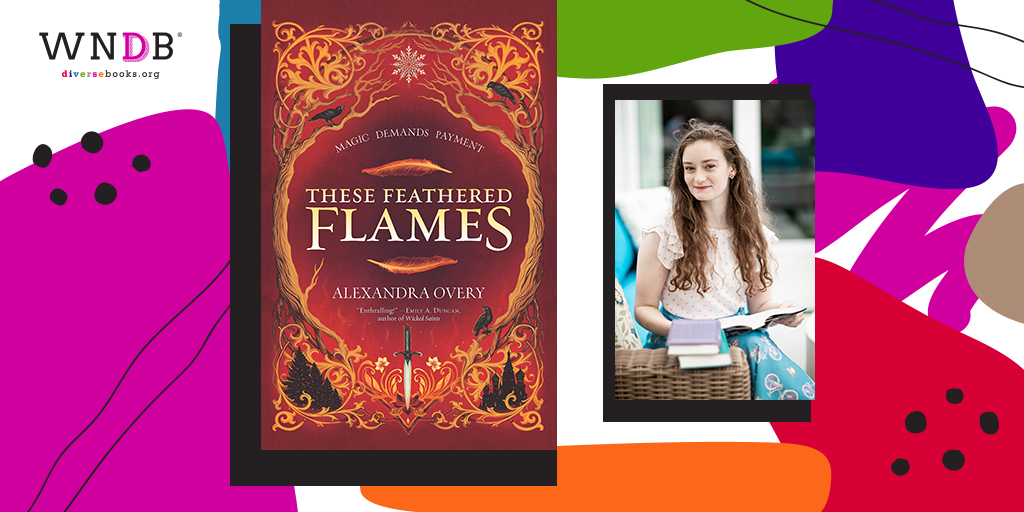 These Feathered Flames by Alexandra Overy is on sale now.

Reading has always been my escape. From anxious late nights to hiding in the school library, it has always been my go-to method of avoiding the world. A way to get out of my own head for a while, to get completely immersed into another realm. I think that’s the reason I was always drawn to fantasy books above all else: They offered worlds where we could solve problems with magical swords and quests and by slaying the dragon. That always felt easier to me than dealing with my real-life anxieties.

But as I got older, devouring every fantasy novel in sight and beginning to write for myself as well, I realized these books were not all the complete escape I craved. Even with wizards and dragons and imagined cultures supposedly totally different from our own, so many inherent biases and prejudices still carried over from our world. That is not to say that fantasy can’t or shouldn’t address real-world issues—quite the opposite, fantasy is a wonderful vehicle for discussing these issues in a new and very relevant way. But more often than not, the fantasy books I had in my teens all included things like sexism, racism, and homophobia, not to examine or unpack them, but simply because that’s what fantasy was. It supposedly added “realism” or some grit and the proud badge of grimdark by showing us that even in magic worlds, marginalized people aren’t truly accepted.

For a long time, I didn’t write anything with overtly queer characters (though, looking back, I can certainly see common themes that teen-me did not). In part, this was because I felt that if I did write queer characters they would have to be facing homophobia, or perhaps stand up against homophobia in some painful and sacrificial way in order to earn their happy ending. Because that was what I had always seen in books: if queer characters were even mentioned beyond a throwaway line, it was about them hiding their sexuality or facing oppression because of it.

It wasn’t until I was in college that I first read a book where there was a beautiful and poignant queer romance without any homophobia (Audrey Colthurt’s Of Fire and Stars). It was an amazing moment for me. A realization that just by writing about my queerness, didn’t mean I owed anyone my pain. If I wanted to, I could just write an epic fantasy with betrayal and high stakes where two girls fall in love without their queerness being an issue. Or, even more than that, a world where being queer was the established norm. I’m so grateful that since that first book there have been so many more paving this path, all of them giving me the courage to follow. There was such a freedom in reading these books, these stories of queer characters in magical lands who didn’t have to deal with the prejudices of our world.

When it came to writing my debut (my fourth completed manuscript, and the first one with queer main characters), I really tried to give myself that freedom and it made me approach world-building in a very different way. One of the core facets of the world in These Feathered Flames is that the country is a queendom, with a line of succession through daughters, which immediately opened up a lot of questions for me. In a world that centers women like that, would we have the same patriarchal systems and inherent biases as our world? In a world where there are queer saints, why would homophobia have taken root? Once I started really pulling apart and examining the culture I was creating, it allowed me to understand just how much of my writing was affected by the unconscious bias of our own world, and how I had to actively remind myself to unlearn that. 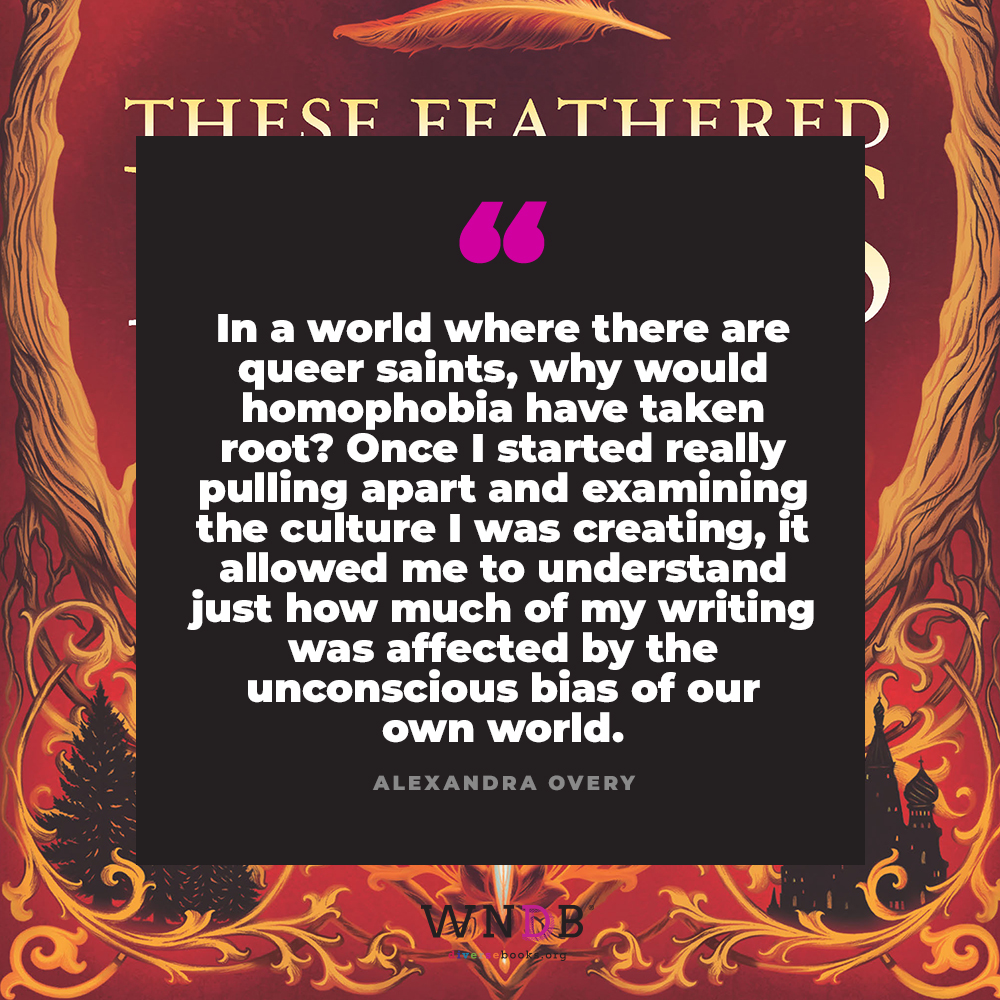 Now in 2021, I’m so happy to see so many more queer fantasy books in the world, ones that address homophobia and ones that do not, ones where the characters are struggling to understand their own identities, and ones where queerness is so engrained in the culture that it’s a given. We finally have a range of books available and it gives queer teens all the different opportunities to explore what they want through fantasy, whether that is pure escapism or a way to understand their own queerness or a book where teens defy homophobia and seize happiness anyway. And we still need more, of course. More books that have characters with intersectional identities, that allow more voices to be heard. But to be a part of this wave of books, to offer a possible escape to a teen like me who just wanted to fight dragons and not worry about the real world, is such an honor and definitely my favorite part of publishing my debut. 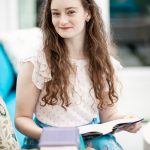 Alexandra grew up in London and moved to Los Angeles to pursue her undergraduate degree in history at UCLA. She then went on to complete her MFA in screenwriting also at UCLA, and stuck around for the weather and great ice cream. She loves writing in all formats, from novels to screenplays to graphic novels, always centring on fierce women and morally grey characters, often with a bit of magic and murder. When she’s not writing, she can be found baking, fangirling over her favourite books, or cuddling her kitten. Her debut novel, These Feathered Flames, releases April 20 2021 from Inkyard Press/HarperCollins.