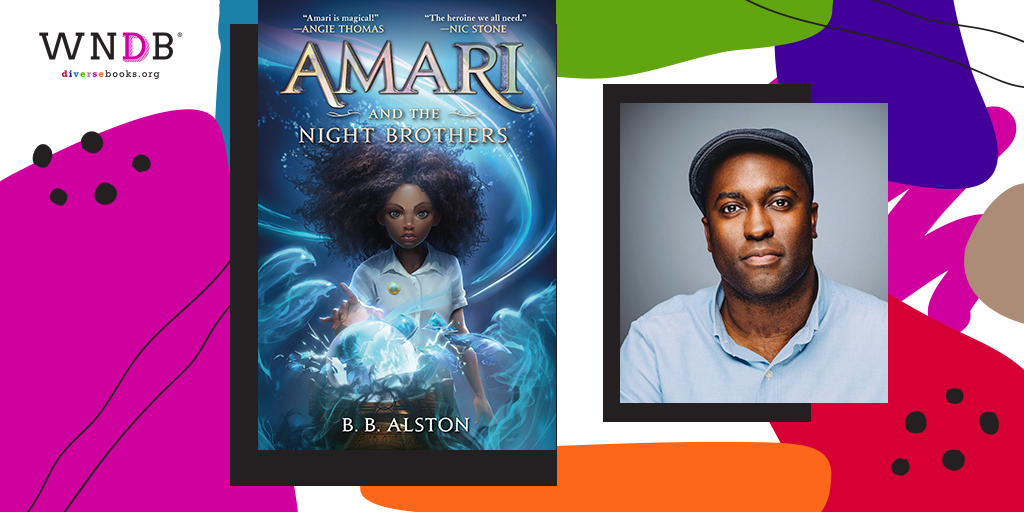 Today we’re pleased to reveal an exclusive excerpt from Amari and the Night Brothers by B.B. Alston, which publishes on January 19, 2021.

Artemis Fowl meets Men in Black in this exhilarating debut middle grade fantasy, the first in a trilogy filled with #blackgirlmagic. Perfect for fans of Tristan Strong Punches a Hole in the Sky, the Percy Jackson series, and Nevermoor.

Amari Peters has never stopped believing her missing brother, Quinton, is alive. Not even when the police told her otherwise, or when she got in trouble for standing up to bullies who said he was gone for good.

So when she finds a ticking briefcase in his closet, containing a nomination for a summer tryout at the Bureau of Supernatural Affairs, she’s certain the secretive organization holds the key to locating Quinton—if only she can wrap her head around the idea of magicians, fairies, aliens, and other supernatural creatures all being real.

Now she must compete for a spot against kids who’ve known about magic their whole lives. No matter how hard she tries, Amari can’t seem to escape their intense doubt and scrutiny—especially once her supernaturally enhanced talent is deemed “illegal.” With an evil magician threatening the supernatural world, and her own classmates thinking she’s an enemy, Amari has never felt more alone. But if she doesn’t stick it out and pass the tryouts, she may never find out what happened to Quinton. 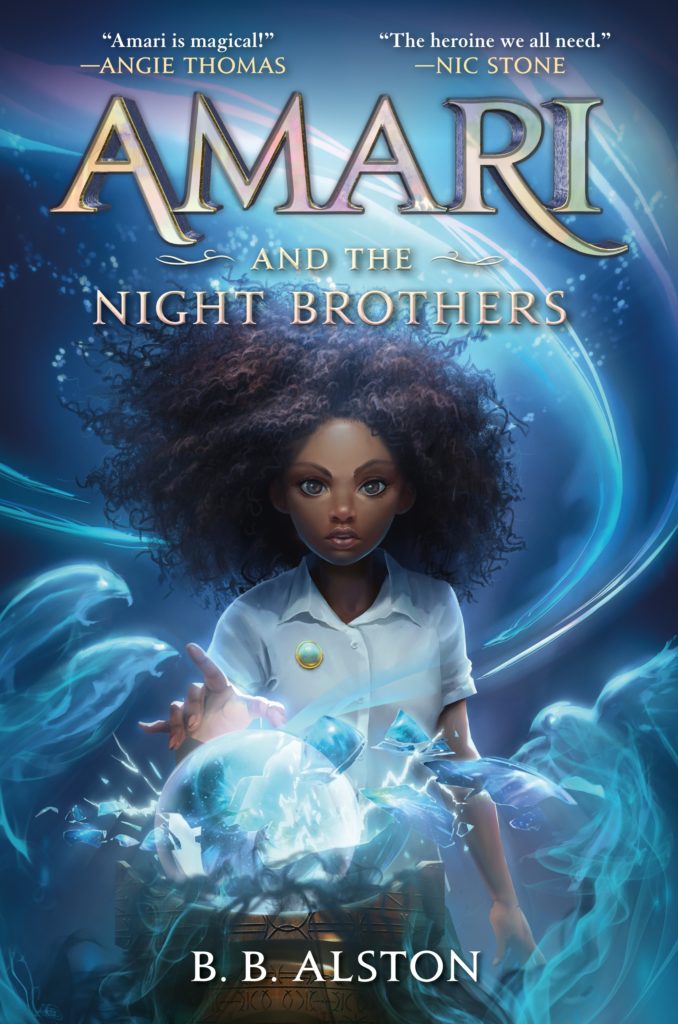 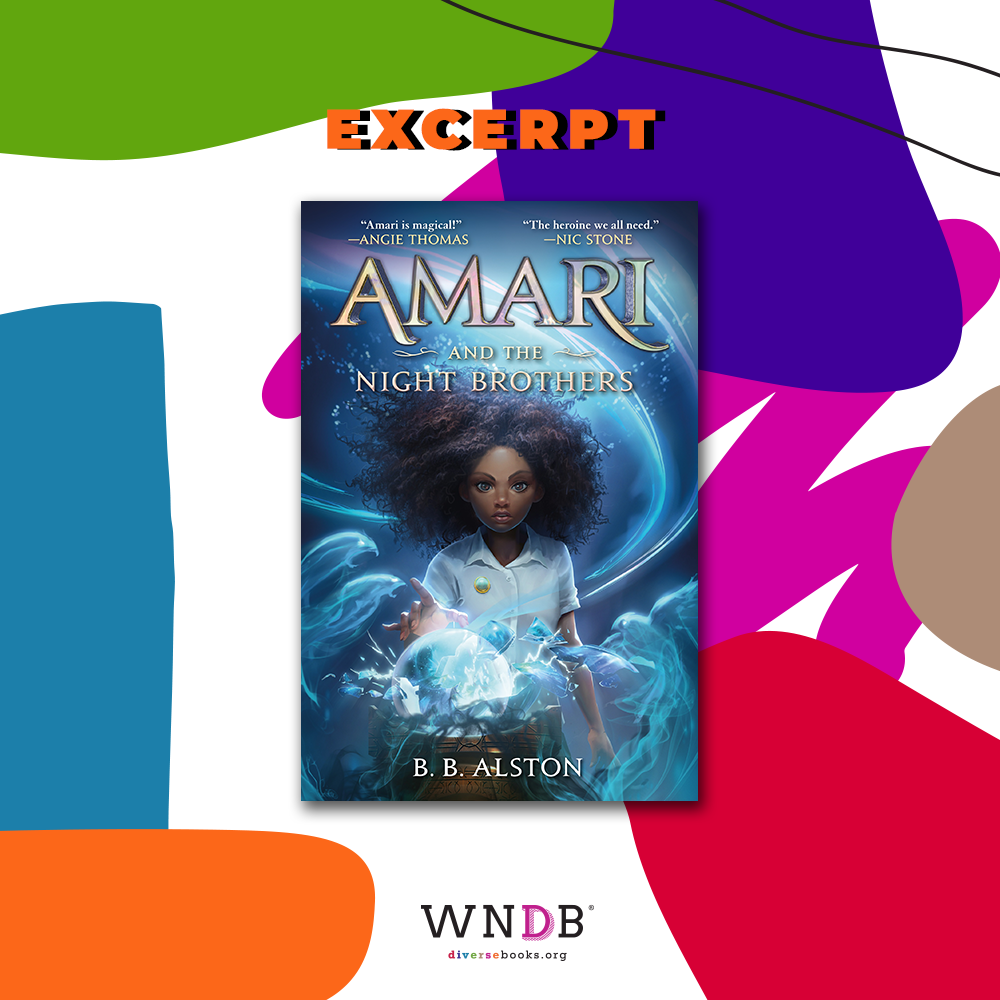 Whoa! I take a couple steps backward. “How do you know my name?”

“It’s right here on the screen,” he says, pointing to his tablet. “I’ll just need you to sign for your delivery and I’ll be on my way.”

I gasp. “You’re saying you’ve really brought me something from my brother?”

The guy nods. “I do if this Q. Peters fella is your brother. Says here he’s sent exactly one ‘Broaden Your Horizons kit.’”

Broaden your horizons? Wasn’t that what Mama was just talking about? “Is this some kind of joke?”

“I should think not.” He frowns. “I only do deliveries part-time, but I take it seriously.”

“Well, whatever you’re supposed to be delivering, I’ll take it.” That’s when I notice he’s not carrying any envelopes or boxes. “Where is it?”

“Only after you sign, I’m afraid.” The guy offers the tablet and I grab it, messily signing the screen with the tip of my finger.

I look at him expectantly. “The package?”

I just stare. “You’ve been inside my apartment?”

“With Q. Peters’s permission, of course.” He clears his throat loudly. “Now then, I’m afraid I’ll be needing your memory of this whole encounter. You see, we at Discreet Deliveries take pride in our customer’s anonymity. Don’t worry, you’ll still get your package. At some point during the day you’ll feel the sudden, unexplainable urge to clean out that closet, and there the package will be.”

“Just the one memory.” The guy pulls out what looks like a TV remote control. Then he squints down at the tablet again. “Oh. My mistake! Seems your name is on the Memory Intact List. Someone’s off to the Bureau, I’ll bet. Best thirty years of my life. Anyways, good afternoon!”

I blink and the man is gone. What in the world just happened? And what’s in my brother’s closet?

Even after all this time, I half expect to hear Quinton yell at me for barging into his room without his permission. I step inside and glance around at the wrinkled rap posters hanging alongside his framed photographs of Stephen Hawking and Martin Luther King. His bed is messy, like always, and all his academic trophies and honor roll certificates fill up the back wall.

The investigators tore this place apart looking for clues about what might’ve happened to him, but me and Mama made sure to put everything back exactly like it was. I think we both secretly hoped we’d find something the police missed, something only family might recognize. But that just didn’t happen. Neither one of us has been in here since. It hurts too much.

It’s not until I get all the way inside that the memories hit me. All the times Quinton and I used to play in here. Or how sometimes he’d put on a playlist while we lay on the floor, joking and talking about how we were going to take over the world one day. How we were going to show our loser dad who ditched Mama that we’re worth something. How we’d always have each other’s back, no matter what. Sure, Quinton might be ten years older than me, but we’ve always been tight.

Okay, so . . . Quinton’s room has never ticked before.

Suddenly I’ve got goosebumps all over. Maybe that weird delivery guy was telling the truth. The package is supposed to be in Quinton’s closet. And sure enough, with each step closer to the closet, the sound gets louder. Did he send me a clock?

I bite my bottom lip and pull open the closet door. It’s empty except for a huge, ugly old chest that Quinton got from the thrift store when we were younger. While I was digging through the doll bin for a Black Barbie, he had his eyes on this raggedy chest with half the leather cover missing. Claimed he needed a place to hold all his master plans.

By the sound of it, whatever Quinton sent me is inside. Thankfully, he broke the lock years ago, so getting in is as easy as lifting the top. I dig through countless beat-up folders and old notebooks, searching for anything that might tick.

It’s not till I get to the very bottom that I find a loudly ticking black briefcase, a white Post-it Note on top with Quinton’s handwriting.

For Amari’s Eyes Only

Quickly, I take the briefcase out of the chest and set it on the floor. What could be inside? Fidgeting with the locks doesn’t get it open, so I try yanking it apart. No luck. That’s when I notice another Post-it on the other side.

Will open at midnight, after the last day of school

I swallow, my heart booming. Quinton never said anything about having a briefcase for me. But that’s his handwriting.

Maybe he wants to explain where he is and what happened.

After six months of worrying like crazy . . . could this be how to find him?

I glance over at Quinton’s alarm clock. 4:13 p.m. Midnight is nearly eight hours away. But what is it I’m waiting for?

B.B. Alston started writing in middle school, entertaining his classmates with horror stories starring the whole class where not everyone survived! After several years of trying to break into publishing, he had just been accepted into a biomedical graduate program when a chance entry into a Twitter pitch contest led to his signing with TBA, 20+ book deals worldwide, and even a film deal. When not writing, he can be found eating too many sweets and exploring country roads to see where they lead.

Previous Post: « How I Fell in Love With Reading
Next Post: On Beauty, White Supremacy, and Revolution »
The #BooksSaveLives auction is now OPEN! Thanks to