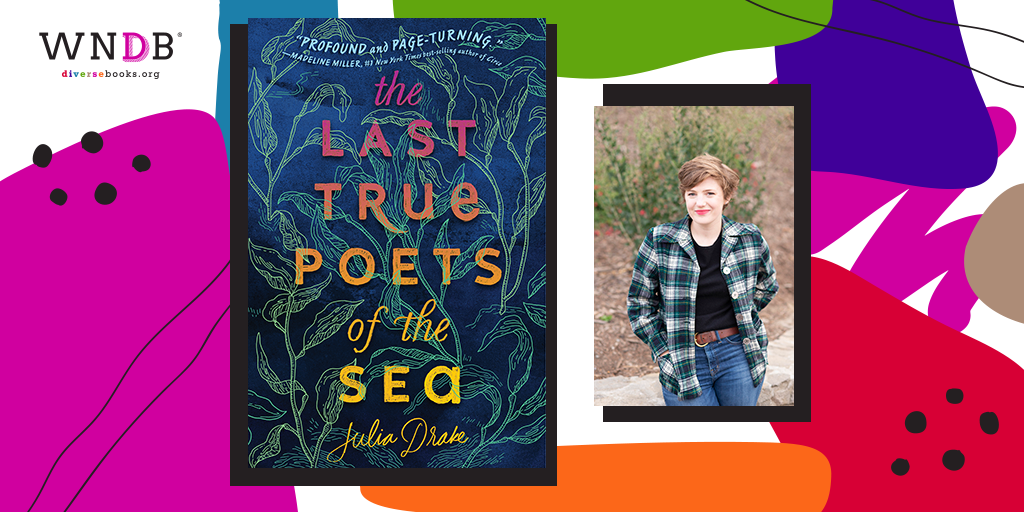 The Last True Poets of the Sea by Julia Drake is on sale now.

While I was on a book tour for my debut novel The Last True Poets of the Sea, a person attending an event asked me a question that began, “Did you do a lot of research?”

Why, yes, I thought, and gleefully began to formulate the answer in my head. My book features a shipwreck, an aquarium, and a maritime history museum: I had done research galore. I could talk about underwater submersibles, I thought excitedly, and about the prevalence of blue lobsters. I could talk about Fresnel lenses and how bat rays differ from stingrays. At long last, here it was: my opportunity to talk at length about foghorns!

“…for writing about Sam?”

This I had not expected.

I considered the implications. By saying “no,” I seemed to be saying that I hadn’t needed to do any research because everything that had happened to Sam had also happened to me. But this wasn’t true, and I was rankled by the thought I might be fraudulently passing off Sam’s experience as my own (and rankled, generally, by the idea that fiction is a direct transcription of the author’s life experience). A worse implication: I hadn’t done any research because I was an irresponsible writer, glib about my character’s pain, thoughtless about what readers may bring to a book. I hadn’t done any research because who cared, it’s not even real.

I felt vulnerable and exposed, and I also felt a competing need to set the record straight: I care! But also, I’m not Sam! I’m me, with my own set of…but here I faltered, feeling shame that audience members would perceive me as someone who struggled with mental illness and then shame around that shame. After all, I’d written a book with characters who experience a wide variety of different mental health struggles, a book that ultimately advocates for openness, sharing of pain, and compassion, and here I was—the author!—still mired in shame. What a hypocrite! I was so angry with myself. Shouldn’t I be talking about the positive effect medication has had on my life (medication, by the way, has had a very positive effect on my life)? Shouldn’t I have been more fluent in talking about my own history with mental illness? Instead, I was red-faced and fidgeting, annoyed with myself for accidentally writing a book about mental illness, wishing someone would ask me a question about manatees.

Because writing a book about mental illness truly was an accident (how is that even possible, you say, and I say, welcome to the brain of a writer, where the subconscious peskily intrudes with the more compelling story you’d really not tell). When I started writing the book, I had a clear plan: I had set out to write a queer retelling of Twelfth Night as I navigated questions surrounding my own sexuality, a book that was fun to read, a book with an aquarium. A book about depression and anxiety and mood disorders and restrictive eating and substance abuse and the despairing feeling of I will always be different because of my brain? No, thank you. I didn’t want to write that book. Frankly, that book sounded like a bummer. 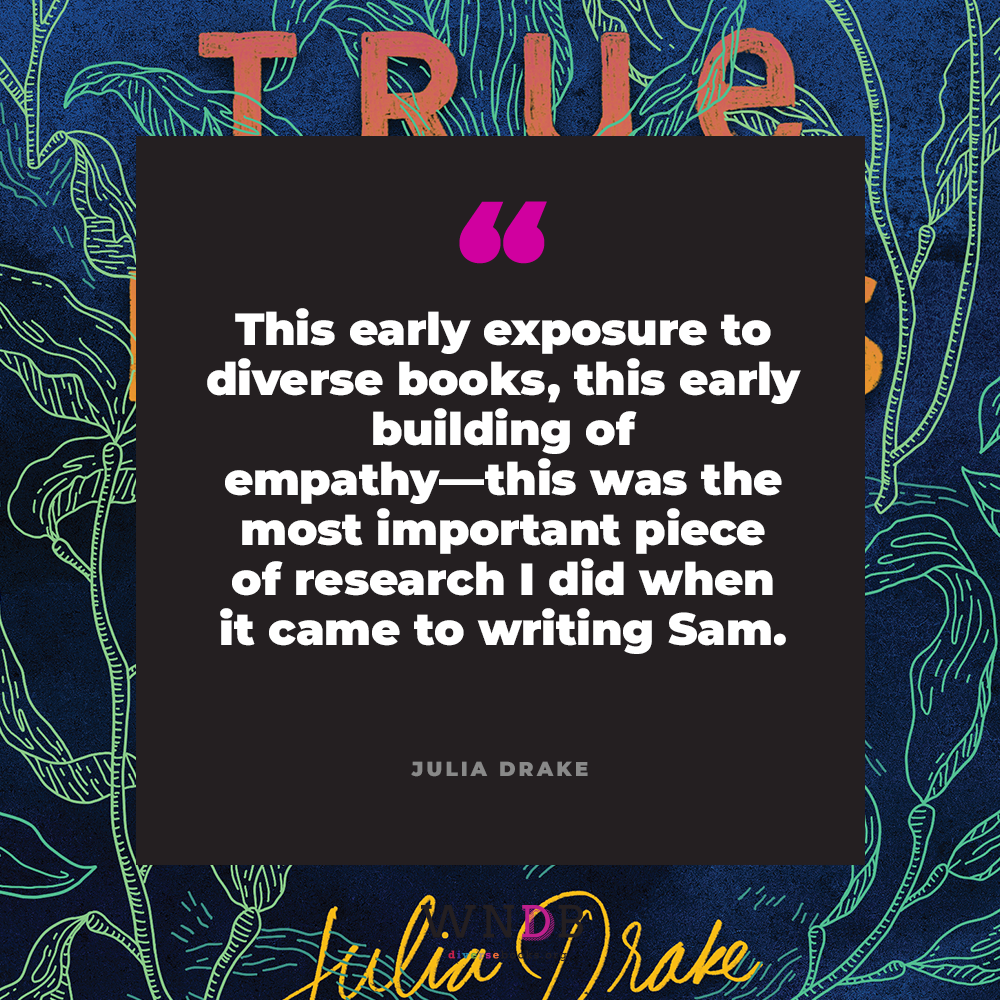 So, yes, I had done research to write Sam, research that came from my own life. But Sam is also a work of fiction. I made him up. And here, I think, is the most important research I did when it came to Sam: I read. Especially as a child. I loved to read so much, and I read with such focus and speed that now, as an adult, I’m jealous of my childhood self. I wasn’t trying to learn anything, I was just reading because reading felt good, so I kept reading. I read In the Year of the Boar and Jackie Robinson and Absolutely Normal Chaos; I read Bud, Not Buddy and Charlotte’s Web and Number the Stars. I read Speak and The Perks of Being a Wallflower, Feeling Sorry for Celia and Stargirl. I read, and read, and read. Some of these books were about mental health, and some weren’t. Sometimes I saw myself in these characters, and sometimes, I didn’t. This, to me, is even more important: I saw beyond myself. Through books, I learned that the world isn’t mine, but ours. I felt joy and sorrow that wasn’t my own. I learned compassion, and I learned empathy. And this early exposure to diverse books, this early building of empathy—this was the most important piece of research I did when it came to writing Sam. 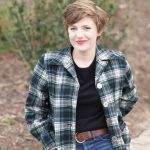 Julia Drake grew up outside Philadelphia. As a teenager, she played some of Shakespeare’s best heroines in her high school theater program, and their stories would stay with her forever. She received her BA in Spanish from Williams College, and her MFA in creative writing from Columbia University, where she also taught writing to first-year students. She currently works as a book coach for aspiring writers and teaches creative writing classes for Writopia, a nonprofit that fosters love of writing in young adults. She lives in San Francisco with her partner and their rescue rabbit, Ned. She can be found online at www.juliadrakewriter.com.

Previous Post: « Cover Reveal for Freddie vs. the Family Curse by Tracy Badua
Next Post: Cover Reveal for The Meaning of Pride by Rosiee Thor, Illustrated by Sam Kirk »
The #BooksSaveLives auction is now OPEN! Thanks to