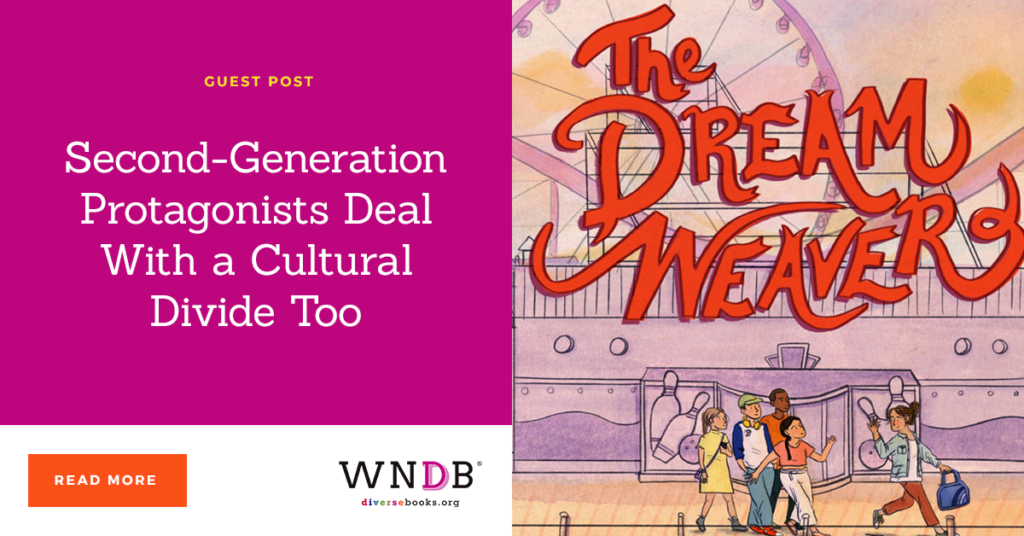 We Need Diverse Books published a cover reveal for The Dream Weaver, which you can read here.

The Dream Weaver is a fun, heartfelt summer read about a girl who helps her grandpa save the beachside bowling alley he’s owned for decades. But it’s also, more subtly, a story that features a second-generation kid learning to deal with the cultural divide between her Cuban family and her American dad. Particularly because she sometimes feels like she’s falling through the cracks between them—tasked at the ripe old age of twelve with the job of family peacekeeper.

At the beginning of the book, Zoey’s dad leaves her to live indefinitely with her maternal grandpa on the Jersey Shore while dad pursues yet another career change in New York City. Zoey’s mom passed away years before the beginning of the book. And so living with her grandpa is a chance for Zoey to reconnect with her Cuban side—from enjoying dishes like arroz con pollo to being spontaneously quizzed on her Spanish.
But in addition to reconnecting with her mom’s heritage through food and language, Zoey also learns how her father’s and grandfather’s cultural backgrounds and perspectives on big things like family and where to live are different. To an extent, her dad represents the mainstream American ideas (found in so many sitcoms and books I remember as a kid) about following your dreams—wherever and however far they may take a young adult. (That dad is no longer the plucky spring chicken of his youth, but now hops from one ‘dream’ to another with a family in tow to support—is a whole other issue addressed in the book.)

In contrast, Zoey’s Cuban-born grandpa believed extended family should live close together, and that kids should plan to remain close to home when they grow up. He is still mad at his son-in-law for encouraging his daughter to move far away when they were first married, especially now that his daughter is gone. As an immigrant who worked his way up from waiting tables to owning his bowling alley, Zoey’s grandpa also resents dad for quitting jobs too easily and failing to provide a permanent home for his kids.

When Zoey moves in with her grandpa for the summer, she must sort through the cultural and emotional rift between her dad and grandpa as her own relationship with each of them evolves. I think that kids often inherit, or at least bear witness to, multigenerational family conflicts that not only impact how they see and interact with their relatives but also how they see and interact with the world. As with kids in real life, in The Dream Weaver, Zoey must process both her dad and her grandpa’s world views as she strives to find her own voice. 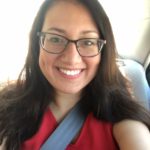 Reina Luz Alegre lives in the Miami area with her family. She’s dreamed of becoming an author since the second grade and grew up to work on various other professional dreams—including as a freelance journalist and lawyer—before debuting her first novel, The Dream Weaver, which will be out May 2020 from Simon & Schuster Books for Young Readers. When she’s not writing, Reina loves to read, sing and salivate over baking shows. Follow her on Twitter at @ReinaLuzAlegre.