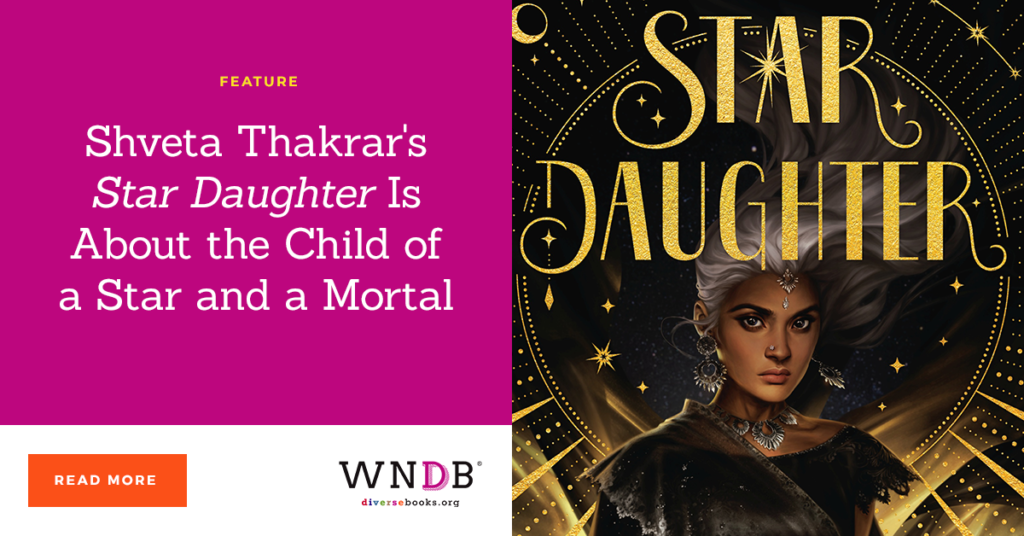 Shveta Thakrar chose to write her debut, Star Daughter, as a YA fantasy not just because it’s a genre and age category she was already reading and therefore familiar with, but because she wanted to fill a gap.

“The dearth of representation,” she told We Need Diverse Books. “I definitely did not want to be the only desi/Hindu person writing these stories, like there need to be a lot of us, but that was a thing that I knew I could help with. At some point, it would be fun to dabble in adult [literature], but for me, it was more important to make those stories available because I knew firsthand how much they would have helped me as a kid.”

For several years during her own adolescence, Thakrar said, she lived in a rural town in the Midwest and felt like the odd one out for being different. “It really would have been helpful to realize that I was just fine the way I was and the rest of us mattered and got to have fun stories, too,” she said.

The inspiration behind Star Daughter, an August 11, 2020 release about the child of a star and a mortal, is partially rooted in Neil Gaiman’s Stardust, a book Thakrar said she found in a New York City bookstore and fell in love with.

“After the movie version came out, I started to think again about how much I loved the concept of a star falling from the sky and actually taking the form of a person,” she said. “But…they don’t have to appear as a white person. They could appear with any skin tone and any feature that humans have. So I thought, ‘I’m going to write a short story about a girl whose mother is a star from a Hindu constellation.’”

The process of taking the book from the initial concept to its final form was difficult, Thakrar explained. “I had this beautiful idea in my head, but trying to make that into a cohesive story, was really, really hard,” she said.

Star Daughter isn’t the first book Thakrar ever wrote—she has another one which is now and, she says, permanently, trunked—but as she wrote it she still had to do a lot of learning in terms of how to take the various pieces and turn them into one narrative.

“It was really neat to watch that come together,” she said. “To take this thing that had once been a bunch of scraps and make it into a story.”

Thakrar explained that the book went through multiple versions, but by the time it reached pass pages, her last chance to look over the book in what would be its final form, she was pleased with it. “The best moment…was when I was working on the final pass pages…and I was reading the whole thing, and I was like ‘Wow! I actually did this!’…and being really proud of it, too,” she said.

In addition to her YA fantasy novel, Thakrar has also written short fiction, as well as nonfiction and poetry.

In her mind, as a fiction writer she was forced to develop certain skill sets, such as understanding how to sort ideas and translate those for her readers; so when it came to nonfiction, it was just a matter of transferring those skills she had developed as a fiction writer into a different type of writing. “That carries over naturally to something like an essay,” she said.

“Poetry is definitely about the language, about imagery, and hopefully evoking some sort of emotional response, which of course you’re trying to do with most things that you’re writing,” Thakrar said of the differences between prose and poetry. “With fiction, you have so much more space. With poetry, it’s got to be succinct, to the point…every word matters. Every image has to really evoke something in the reader.”

Thakrar has always been a creative person (even when she didn’t believe that about herself), with a vivid imagination and a penchant for creating new worlds in which to tell stories. It wasn’t until she was in her mid-20s that she started taking her creativity seriously, but even then the only fantasy stories she read were by and about white people.

“Back then, too, I remember being told no one would want this,” she said. “It’s nice some years later to be like haha.”

Thakrar likes writing because it’s one of the few, if not the only, creative sphere where there’s no need for extra tools. “Words are a medium between the writer and the reader,” she said. “You need something to write on or to type on. You don’t need any supplies. There’s nothing else like that.”

A few stories that Thakrar has read and loved lately include Forest of Souls by Lori M. Lee; A Song of Wraiths and Ruin by Roseanne A. Brown; and The Falling in Love Montage by Ciara Smyth. 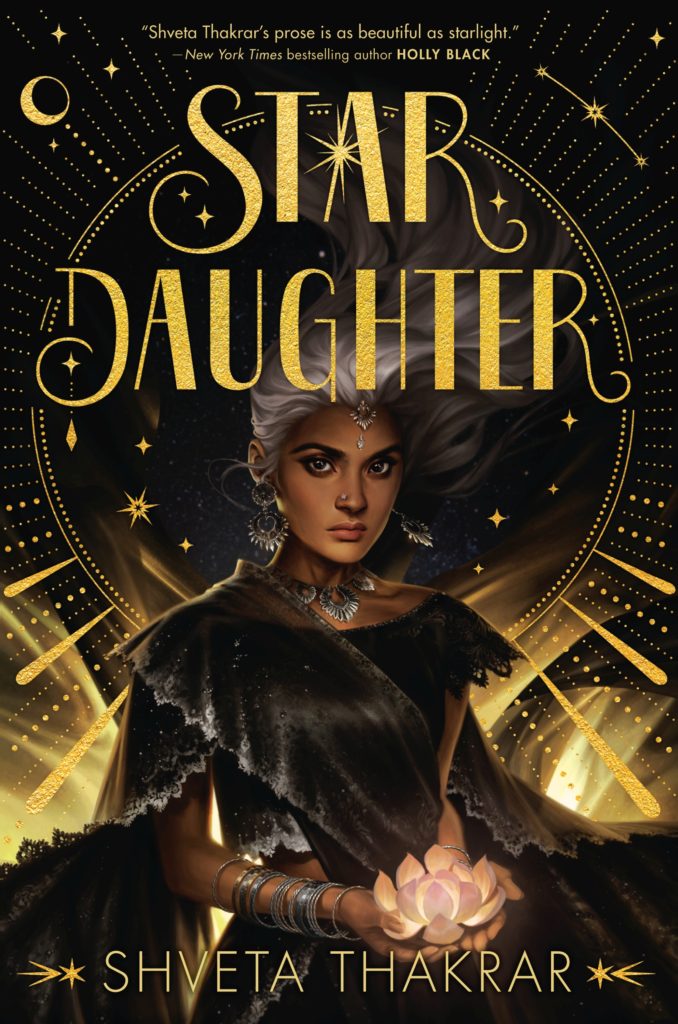 Previous Post: « Q&A With Hannah Moushabeck, Children’s Marketing Manager
Next Post: Jewish Readers Deserve to See Themselves Outside of the Holocaust and Holidays »