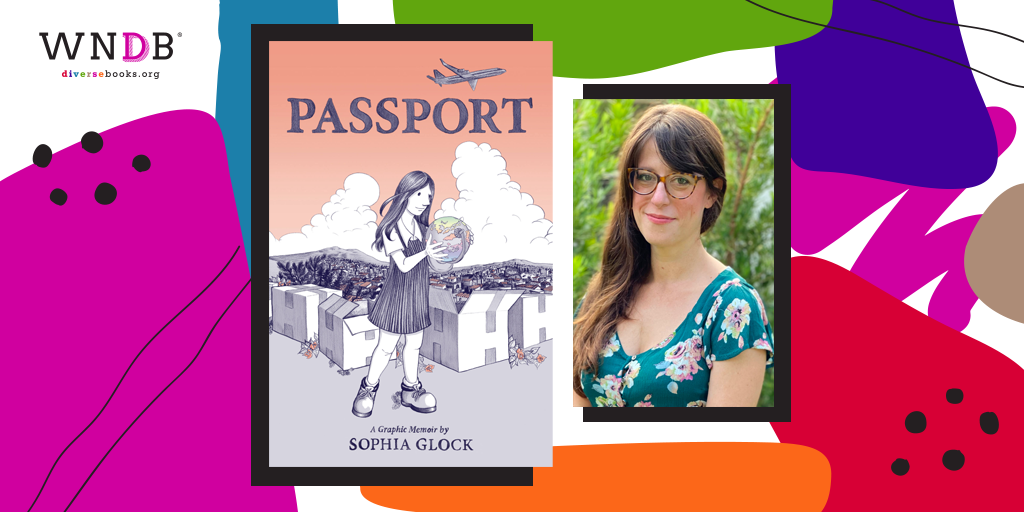 An unforgettable graphic memoir by debut talent Sophia Glock reveals her discovery as a teenager that her parents are agents working for the CIA.

Young Sophia has lived in so many different countries, she can barely keep count. Stationed now with her family in Central America because of her parents’ work, Sophia feels displaced as an American living abroad, when she has hardly spent any of her life in America.

Everything changes when she reads a letter she was never meant to see and uncovers her parents’ secret. They are not who they say they are. They are working for the CIA. As Sophia tries to make sense of this news, and the web of lies surrounding her, she begins to question everything. The impact that this has on Sophia’s emerging sense of self and understanding of the world makes for a page-turning exploration of lies and double lives. 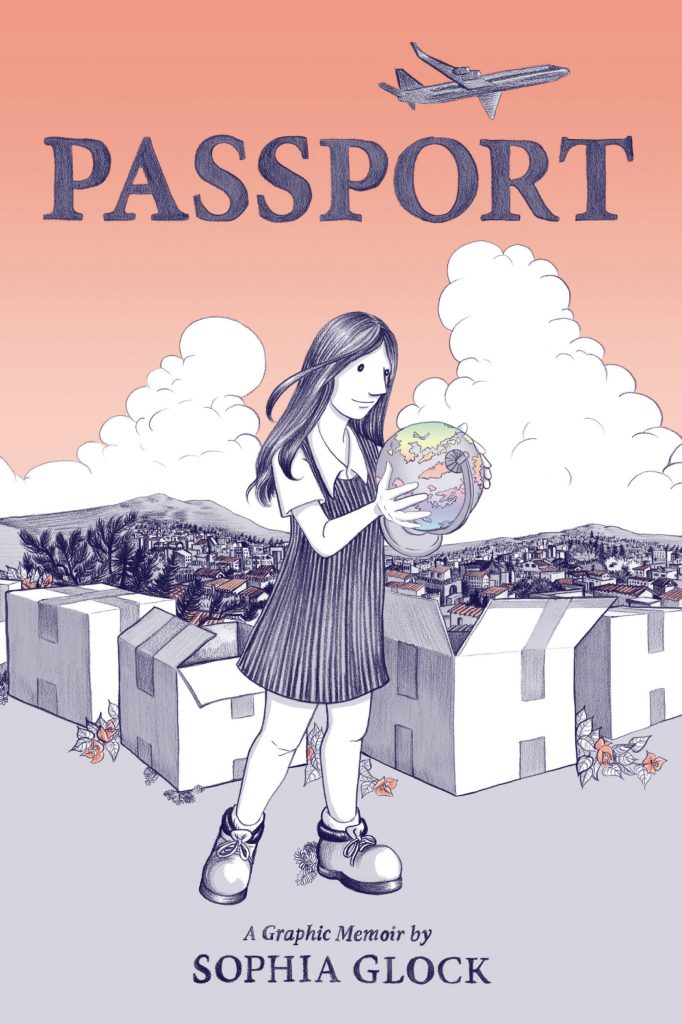 Previously published by sites including Narratively and Buzzfeed, Sophia Glock is a cartoonist whose graphic memoir, Passport, releases in November 2021. Around the age of 12, Glock recalled, she started reading comics seriously and became “fixated” on them. Already interested in drawing and storytelling, her new obsession led her down dreams for a different career path.

“I’d always been a drawer,” Glock said. “It all began to sort of come together for this single obsession of storytelling, a love of visual art, this new fixation on comics.” She described her impetus to draw as something of a “compulsion” that she isn’t fully in control of.

Glock said she wishes everyone felt a compulsion to share their stories, believing the world would be better off if that were the case.

“We all have insight and the more that we share those insights the deeper we all connect,” she said. “That’s where I’m very interested in the need for art. Actually the importance of human connection. That’s what I get from reading other people’s stories.”

In undergrad, Glock was discouraged from pursuing comics, as her school was of a more traditional liberal arts bent, so she instead pursued a graduate degree at SVA. That’s where she first started seriously making comics.

“I’d always taken my art very seriously, but everything I did before then was pretty experimental,” she said. “I wrote my first ‘real’ actual functioning comic in grad school. I’ve been doing it ever since.”

Glock began by self-publishing her art and stories, and the first time she was paid by an outside publisher was a short comic for a feature in Time Out New York. She ruminated on the idea of work snowballing for itself, one publication leading to another, but indicated that the work she did for free didn’t self-propagate into eventual paying work. It was the work she was paid for that beget more paying gigs. 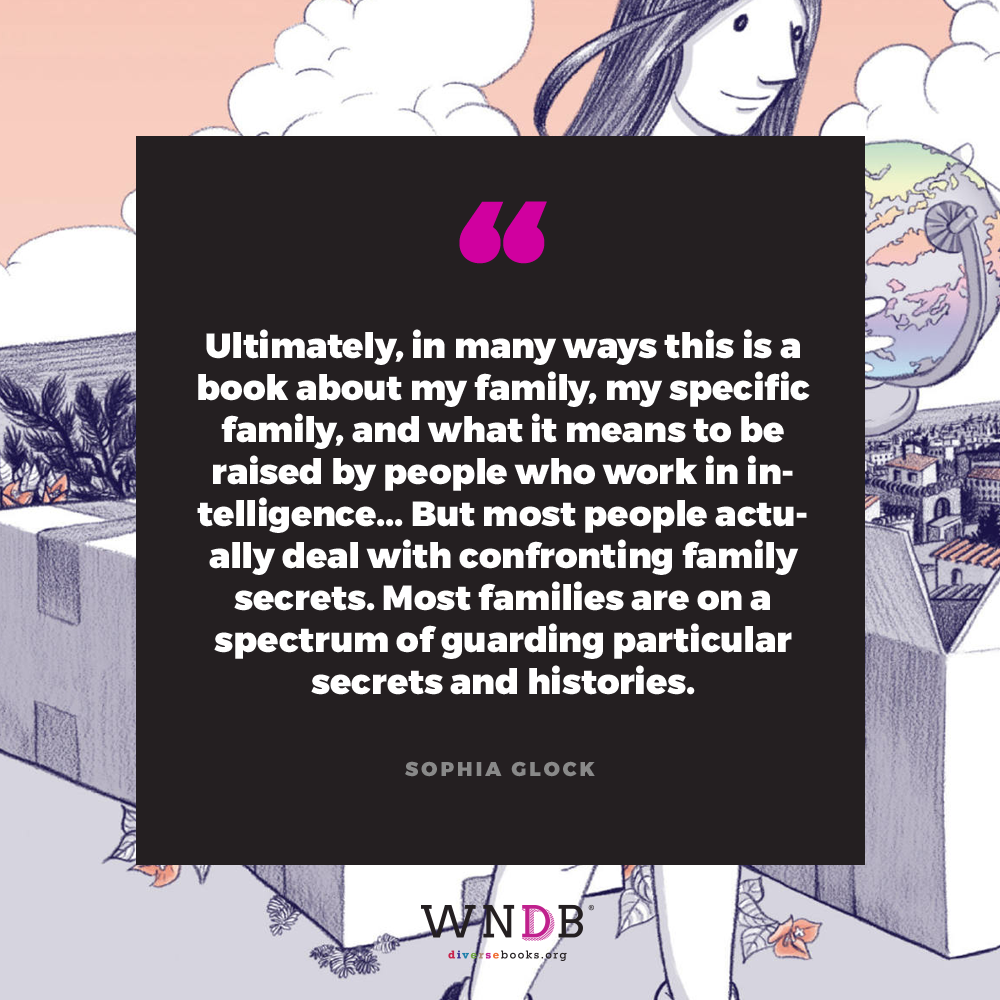 Glock’s memoir Passport is about her adolescent discovery that her parents worked for the CIA. It’s about family secrets, about growing up in a foreign country, and about getting to know yourself when you’re a teen.

Though Glock’s story is obviously one extreme of family secrets, she believes the concept of a family with hidden stories is more general and relatable.

“​​Ultimately, in many ways this is a book about my family, my specific family, and what it means to be raised by people who work in intelligence,” Glock said. “Something specific. But most people actually… deal with confronting family secrets. Most families are on a spectrum of guarding particular secrets and histories; their parents have pasts that they’re not aware of, things actively being hidden—the children can’t handle it.”

She added that her sense of displacement came from the particulars of living overseas, but that there are countless ways to feel displaced no matter where you are.

We chatted about being a “third culture kid,” a term that applies to anyone who grows up in a country other than their parents’ so-called passport country, or perhaps country of origin. Glock talked about how many people experience a similar circumstance, including immigrants and children of immigrants.

“You lose the idea of ‘home’ or it becomes compromised, and it’s far more common,” she said. “People don’t walk around advertising it. The spectrum of this experience is pretty wide.”

Glock said an adviser once told her to give herself 10 years of trying and failing without giving up.

“Sometimes I think people get very frustrated ’cause sometimes it might feel like you’re screaming into the void, but the only difference between the people who make art or write books or comics and the people who don’t is that the people who do it—do it,” she said. “Just do it. Just sit down and do it. There’s so much out of your control. You can’t control either your god-given abilities nor anybody else’s tastes. You can control sitting down and doing it.”

Sophia Glock is a cartoonist who lives and draws in Austin, Texas. She attended the College of William & Mary and the School of Visual Arts. Her work has been featured in the New Yorker, Buzzfeed, and Time Out New York. She talks to her sister every day.