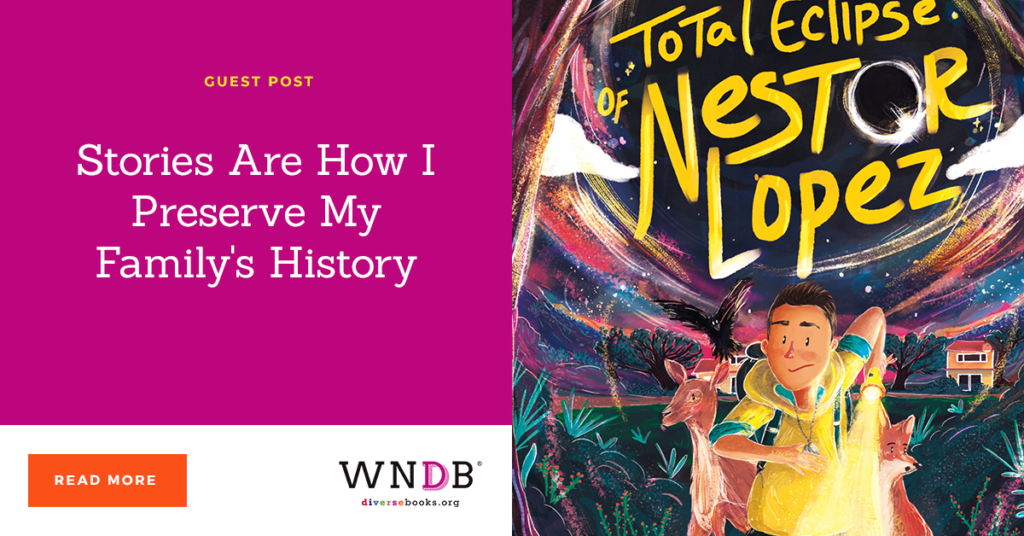 When my husband’s grandfather died, his family gathered in Oklahoma to go through all of the belongings he left behind. An entire shed filled with tools previous generations used to farm, even a travel trailer and a small house that stored piles of family artifacts.

My husband, a construction and welding teacher, burned his grandfather’s signature into his wooden cane. He repainted his grandfather’s old tractor seat bright orange to represent his alma mater and turned it into a stool. Our son played with homemade boomerangs and yards upon yards of discarded belting from old tools. My husband’s aunt made it her personal mission to digitize all the yellowed photographs contained in mountains of boxes, preserving family history going back to the turn of the twentieth century.

When my own abuela died, I was gifted an earring box. On the fabric inside, she had written, “I brought this from Cuba, 1962.”

It was the only possession she brought when she escaped to the United States.

I often look at the delicate pen marks slowly fading into the silk and wonder what she was thinking when she wrote that, why it mattered to her to put those words inside an ordinary earring box.

For those of us from immigrant families, particularly those who’ve had to flee undesirable and oppressive conditions in our home countries, we don’t have the sheds full of relics that have been passed down generation after generation. My own family didn’t have any photos until travel between Cuba and the US opened up ten years after they immigrated. Even those are few and far between, scanned and passed between family members like treasures.

Typically, there are three things immigrant families are left with to preserve our history: Language, recipes, and stories.

For language, my abuelos made sure Spanish was a part of our life. My abuelo would sing songs in Spanish all throughout their small apartment on the University of Miami campus. There’s a chance I learned all the curse words at a young age when he would dare me to trot my little toddler butt into the kitchen and blurt them out to my abuela. My favorite book when I was young was one they had given me, Caperucita Roja.

In terms of food, my abuela gifted me her coveted flan recipe when I got married. Every time I make Cuban food, I think of the loud Nochebuena gatherings we’d have filled with picadillo, frijoles negros, yuca, and croquetas. I’ve taught my son to make guava pastelitos and tostones, and I hope that he’ll one day pass those recipes down to his own family.

And then there are the stories. Those are mine to preserve.

That’s why I’m an author.

Even in a contemporary fantasy like The Total Eclipse of Nestor Lopez, there are pieces of my history and my family. Nestor’s abuela has the same trademark purple-tinged hair that my own abuela did. The immigration story she tells Nestor mirrors my father’s experience. Although Nestor’s world is filled with talking animals and a devious witch, creating this story was a way for me to preserve my memories of the separation I experienced from my husband during the first four years of our marriage when he was deployed overseas. His Army uniform has been sitting in his duffle bag in our attic for years now, but his experiences as a soldier will always be within the pages of Nestor.

My second book, Cuba in My Pocket, chronicles my dad’s journey in the 1960s from Cuba to Miami by himself. Telling his story is my way of honoring my dad’s history, ensuring that his spirit is preserved for generations. I know my dad won’t always be around. But now his story will.

And it’s not only his story. The main character, Cumba, befriends a kid named Arnold when he gets to the United States. This wise-cracking, horse racing enthusiast is a carbon copy of my maternal grandfather. Telling this story is also my way of thanking the foster parents and missionaries who took my father in and cared for him when he was at his most vulnerable.

I’m often asked if I had a lot of books featuring Cuban-American characters available to me when I was growing up. I didn’t, but that’s not why my culture features strongly in my work. I get asked if representation in books is important to me. Of course, it is, but that’s not why I cram as much Spanish and Cuban food in my stories as I can.

Like any author, I’m writing what I know. I’m writing my experiences and my heart. The words I put on the page are a testament to my family’s history- the laughter and tears we have shared, the battles we have fought, and the people we have loved.

Most of the items from my husband’s grandfather were given away. Even the ones that were claimed will eventually wear out and fade.

Our stories show that we were here, that we made our mark.

It’s our stories that last. 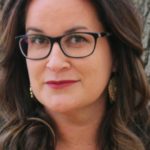 Adrianna Cuevas is a first-generation Cuban-American originally from Miami, Florida. After teaching Spanish and ESOL for sixteen years, she decided to pursue her passion for storytelling. Adrianna currently resides outside of Austin, TX with her husband and son where they enjoy hiking, traveling, and cooking lots of Cuban food. The Total Eclipse of Nestor Lopez is her middle-grade debut.