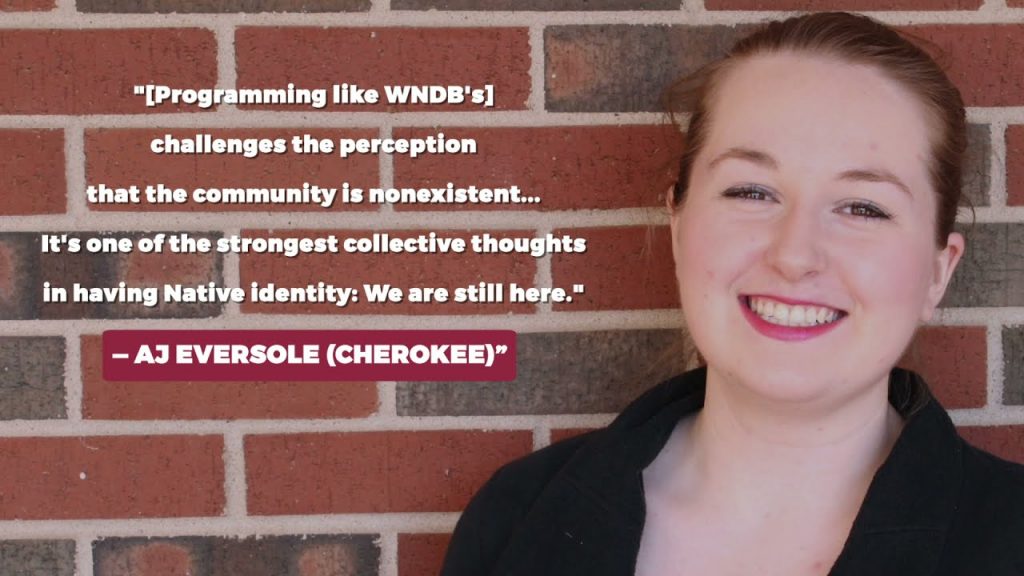 This autumn, WNDB is raising funds for our Native Fund. Here’s why, what we’ve done with the Fund so far, and what we plan to do.

Over a still image of a sharpened pencil on an open ruled notebook, the text reads: “This autumn, WNDB is aiming to raise funds to support Native creators, educators, and students.”

Over footage of a child tracing a finger over a line of text in an open book, the text reads: “Only 1% of children’s books published in the US depict Native and First Nations characters.”

Over a still image of a child silhouetted in a darkened hallway, the text reads: “This tells Native kids that they don’t belong, and non-Native kids that Native people don’t matter. WNDB created the Native Fund to change this.”

Next to an illustration of three children holding open books, the text reads: “Since our inception, WNDB has strived to support Native creators and educators.”

Over the same image, the headshot photo for author Angeline Boulley pops up alongside the cover art for Firekeeper’s Daughter. The text reads, “Mentoring Native writers like: Angeline Boulley, whose debut YA novel was an instant #1 NY Times bestseller.”

Text that reads “Partnering with HarperCollins to create Heartdrum, an imprint dedicated to publishing Native children’s literature by Native creators” appears alongside book covers for various Heartdrum titles and the Heartdrum logo on a plain solid-colored background.

Over footage zooming in on a stack of books, the text reads, “Donating 2000 Native-authored books
to schools and libraries nationwide.”

Over a headshot photo for author AJ Eversole (Cherokee), quote text reads, “[Programming like WNDB’s] challenges the perception that the community is nonexistent… It’s one of the strongest collective thoughts in having Native identity: We are still here.”

Over footage of a list being checked off, the text reads, “We plan to do much more in 2021 and beyond. Including:”

Over footage of a pen writing on rule paper, the text reads, “Providing grants and workshops to Native creatives.”

Over stop-motion footage of books stacking up against a wall, the text reads, “Donating more books by Native authors to students in Native communities.”

Over a still image of school supplies, the text reads, “And providing educator resources for using Native books in curricula.”

Over a still image of a long column of shelved books, the text reads, “Your donation makes a difference – will you consider making a gift today?”

Over footage of a child reading on a bench, the text reads, “Help us create a world where all children can find themselves on the pages of a book.”

Over a still image of a notebook lying flat and open to a blank page, the credits roll. End transcript and description.]

Data on books by and about Black, Indigenous and People of Color published for children and teens compiled by the Cooperative Children’s Book Center, School of Education, University of Wisconsin-Madison.

All rights to books and awards mentioned belong to their respective copyright holders.

Previous Post: « Cover Reveal for High Spirits by Camille Gomera-Tavarez
Next Post: Q&A With Nina Moreno, Our Way Back to Always »
We're thrilled to reveal the cover for TOKYO NIGHT