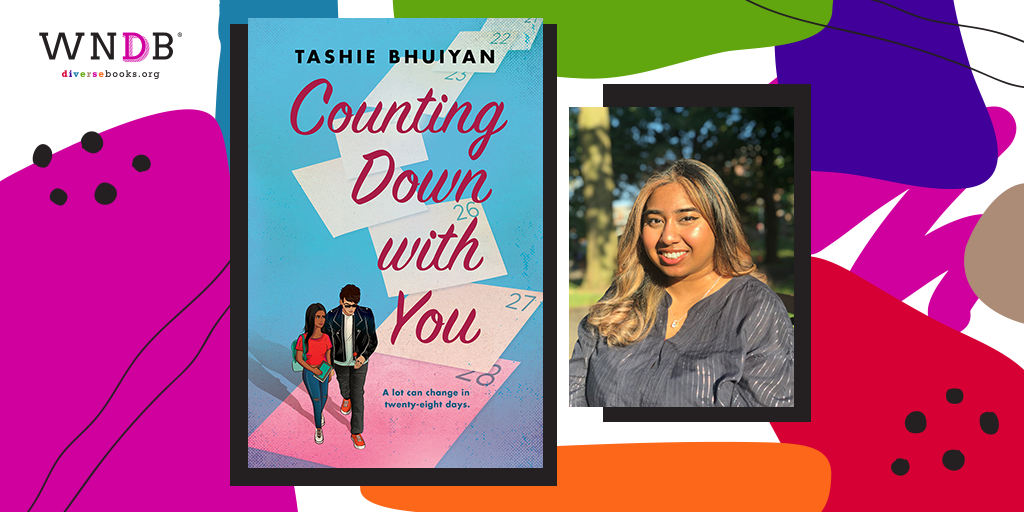 Counting Down with You by Tashie Bhuiyan is on sale on May 4, 2021. Order it here!

Tashie Bhuiyan is a Bangladeshi American author who grew up in New York City and said that she grew up seeing a dearth of people like her in books, which inspired her to write her own experiences into Counting Down with You, her debut YA contemporary novel out May 4, 2021, which she described as feeling “like a warm hug.”

“I always say this book is a love letter to young brown girls, and I stand by that,” Bhuiyan said in an email interview in early April. “I wanted to write a book for the younger version of myself, and for all the young brown girls out there who struggle to find themselves in media.”

In fact, her readers are the most rewarding thing about her debut experience so far, Bhuiyan shared, reflecting on positive messages she’s received from early readers of the book.

“To know that my book touched some part of them, and they came out feeling changed, is more than I could have ever hoped for,” she said. “I am so grateful for all the people who have shown up for Counting Down with You, and continue to show up for it,” she added. “Being a debut author is such a scary experience, but the community building around CDWY has made it so much easier!”

Finding a community is a piece of advice Bhuiyan offered to aspiring authors from marginalized backgrounds, saying, “Be your own biggest fan, and find other people in the community you can rely on. It’s good to have a safe space you can turn to, and it’s also good to keep a healthy dose of confidence in yourself. For so long, our voices have gone unheard, but now that we’re here, we can’t let other people drown us out! Have faith in yourself, have people who are ready to shout your praises, and hold your hand. As long as you have that, things will be okay in the end.”

Bhuiyan recalled how she took ESL (English as a Second Language) classes in elementary school, and how it was a book series (the Magic Tree House series) that she read in second grade which helped her improve her English. 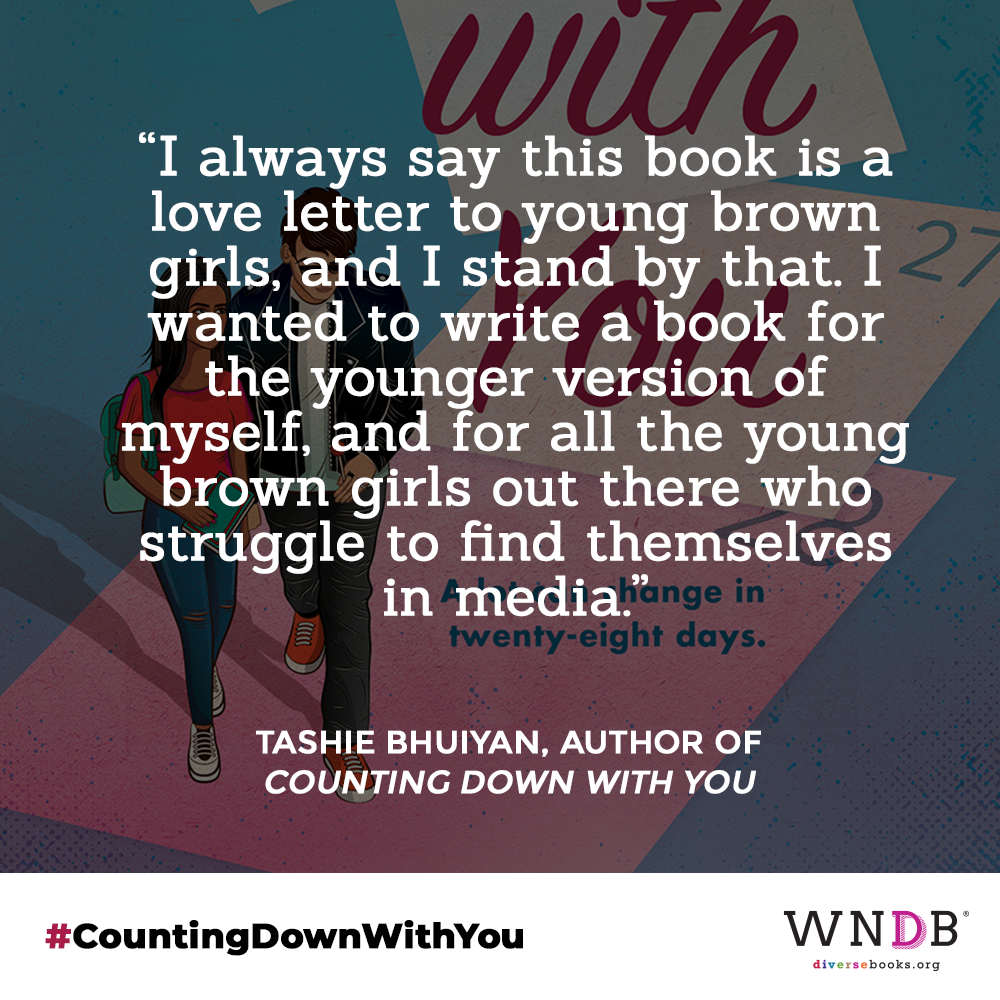 “I discovered a love for storytelling,” she said. “I think there’s something so wonderful about diving into new worlds and meeting new characters and experiencing life through them!”

Before she got into writing in middle school, Bhuiyan explored new worlds through an obsession with reading and books.

Some of Bhuiyan’s favorite things about Counting Down with You, which she shared with me, are the friendships between her main character Karina and her best friends as well as the relationship between Karina and her grandmother—which warmed my own heart as I read their interactions.

Of course, this is a romance, so there’s a swoony romantic storyline between Karina and her love interest Ace as well.

“I think there’s so much sweetness,” Bhuiyan said. “I hope this book makes readers smile and laugh and cry in the best way possible.”

In addition to all the sweetness, the book contains representation for mental illness—Karina has anxiety, and it’s referenced on the page quite often and in very honest terms, from the very first page.

“Karina’s anxiety is on the page often, and it’s a big part of the story in a subtle way,” Bhuiyan said. “What I mean by that is her anxiety has no relation to the plot, but it is a part of her, and it’s one that’s brought up frequently because her anxiety colors the way she thinks and the way she interacts with the world around her. So it’s a bigger part than people might expect! But she accepts it as a part of herself and finds healthy ways to deal with it throughout the novel.”

Bhuiyan was gracious enough to take the time to recommend a few books that she has read and loved, including These Violent Delights by Chloe Gong, Clues to the Universe by Christina Li, and Gearbreakers, an upcoming novel by Zoe Hana Mikuta.