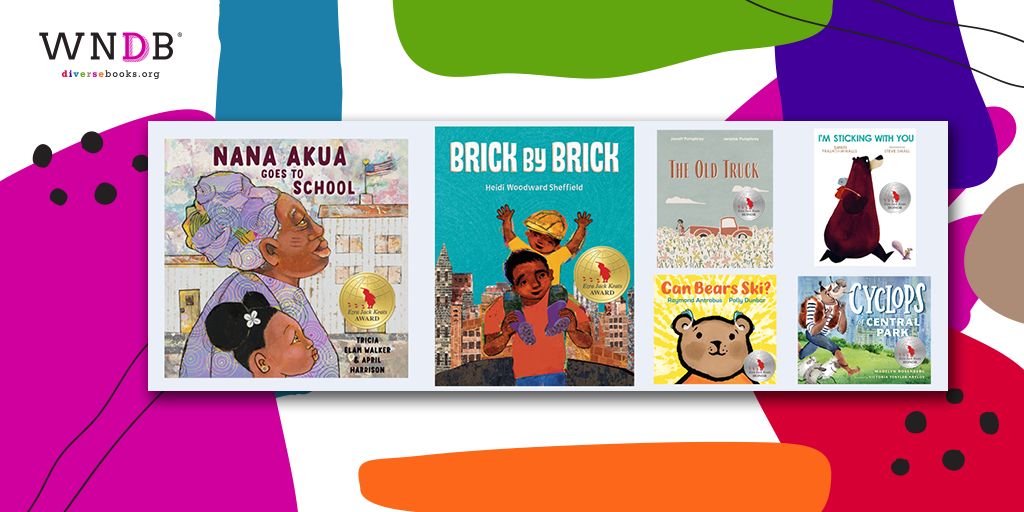 The Ezra Jack Keats Foundation, which has championed multicultural kidlit since 1964, is currently celebrating the 35th anniversary of the Ezra Jack Keats Award. According to the Foundation’s Executive Director Deborah Pope, the award is “designed as an early-career medal for authors and illustrators who ‘in the spirit of Keats’—not exactly like him—reflect the diverse population of our country, celebrate the universal qualities of childhood, and celebrate the strength of family.”

She added that the Foundation strongly believes the award should be given in the “spirit” of Keats, meaning winners do not need to and in fact should not write and illustrate stories exactly like the ones Keats wrote.

Keats was the author and illustrator of many children’s books, including The Snowy Day, for which he won the Caldecott Medal in 1963. The Ezra Jack Keats Foundation was created in 1964, and for the past 35 years, has been running the Ezra Jack Keats Award. Pope indicated that the award is unique as it encompasses all ethnicities.

“What makes us unique—we see ourselves as part of a movement, and what makes us unique, an important part, is that our award really spans all ethnicities,” Pope said. “We don’t focus on one group. All the awards are very important, but this is the corner that we occupy. It’s an important one because it brings everyone together. It’s bringing attention to it.”

Pope is the daughter of Martin and Lillie Pope, the founders of the Foundation, and has been Executive Director for the past 18 years.

The EJK Award comes with a financial component, one that is integral to the award as it goes to early-career authors and illustrators who may need that extra assistance to bolster their writing careers.

Over her 18 years leading the Foundation, Pope has overseen not just the Ezra Jack Keats Awards, but also other initiatives, like the yearly Mini-Grants and the Bookmaking Competition.

Every year, the Foundation awards up to 70 mini-grants to public schools, public libraries, and public preschool programs. According to the Foundation’s website, “An EJK Mini-Grant program is a creative and innovative activity … that takes place in class or out in the community … provides an enriched experience … and is funded solely by the Ezra Jack Keats Foundation.”

As for the Bookmaking competition, that’s geared toward public schoolchildren.

“It gives them a voice,” Pope said of the bookmaking competition. “Grammar and writing is theoretical, most kids aren’t so excited about theory. Kids are excited about what you can hold, what you can see. If you give a child an assignment, write your story, write your fear, and draw the picture, that will teach them why they are learning to write. That’s tangible. You can hold that.”

She added that all the participating children who finish a book get a certificate of completion and that, in her experience, that is often a cherished item for these children for years to come.

Pope indicated that it’s that human connection that makes her work so rewarding.

“We live on a human scale,” she said. “I’m gratified when we get coverage, but it really is the individuals. When somebody writes to us to say ‘I want to show my bookmaking award to my daughter because it changed my life,’ that’s a real thrill.”

Previous Post: « How to Talk With Students about Banned Books
Next Post: Q&A With S. K. Ali, Misfit in Love »
Save the date for the #WalterAwards23! You can now