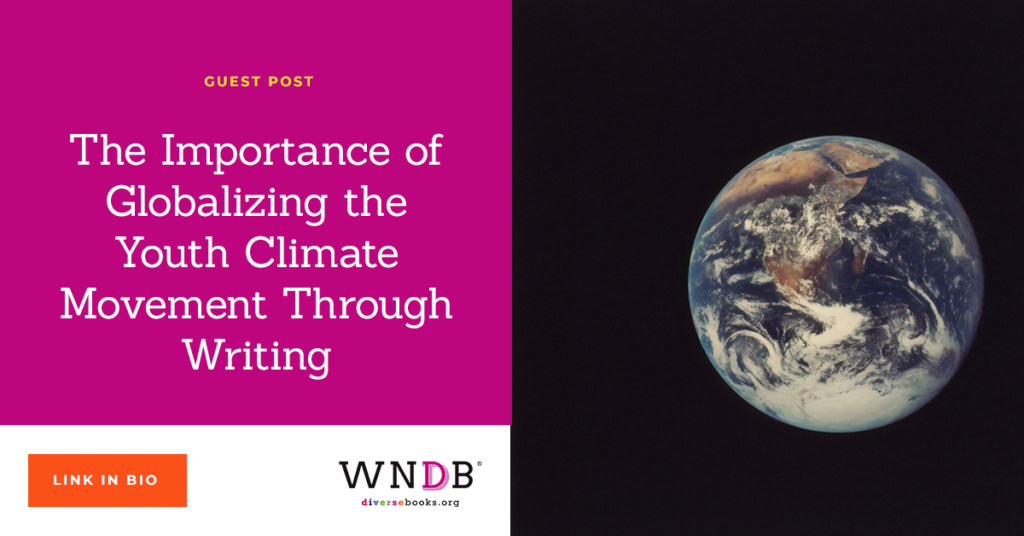 So reads one stanza of “Heartbeats,” a poem penned by seventeen-year-old Mai McGaw, self-described “transgender maker from the rain-drenched Northwestern United States who enjoys walks in the woods and collecting the shiny broken things the world leaves behind.” Dedicated to “fighting for radical change and justice for those who have been disenfranchised by systemic oppression,” Mai is one of 32 young authors and illustrators from over 13 countries published in the new anthology Writers on Earth, produced by Write the World, a global online writing platform for young people ages 13-19. 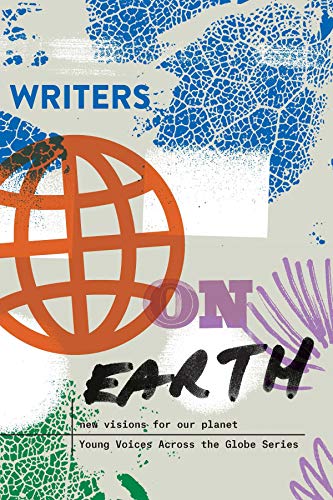 This year marks the 50th Anniversary of Earth Day, and amid the fear and unpredictability of a global pandemic (itself tied to environmental etiologies), this milestone may not mark the gravitas it would otherwise command. However, in the wake of the youth climate protests, when young people around the world continue to connect and mobilize for climate action through virtual sit-ins and campaigns, it is perhaps more important than ever to pause amid the flurry, reflect upon the evolution of youth environmental efforts, and expand our viewpoints to encompass the global nature of this activism—especially as it relates to environmental justice.

Earth Day itself has origins in youth activism and storytelling. After the publication of Rachel Carson’s Silent Spring galvanized environmental awareness in 1962, Senator Gaylord Nelson founded the day in 1970 to capture and complement the energy of student anti-war protests at a time when young people were changing the tone and tenor of global citizenship. What if we could spark equal awareness of, and mobilization for, environmental causes, he wondered?

Today, young people continue to lead the way towards a brighter future. Greta Thunberg, the Swedish teen at the helm of Fridays for Future, has in many ways become the face of our modern climate movement. With honesty and intellect, she has inspired not only Generation Z but people of all ages and origins to reconsider the reciprocity of their relationship with the natural world. And she has brought to the fore the ways in which we perceive (and stereotype) neurodiversity, age, and advocacy.

Yet there are many young change-makers rallying for the sake of environmental wellness whose stories are not documented or reflected by modern news media. It is critical to interrogate these silences, as those whom we do not hear from are often those most urgently impacted by a warming world. “People of color are much more likely to live near polluters and breathe polluted air,” writes Vann Newkirk about the Environmental Protection Agency’s recent confirmation that environmental racism is not only a valid but dire concern. “People in poverty are exposed to more fine particulate matter than people living above poverty,” Newkirk adds.

We see these environmental disparities everywhere. From those most impacted by Hurricane Katrina and Hurricane Maria, to “Cancer Alley”—the Louisiana river communities that are now, also, experiencing the highest COVID-19 death rates in the country—to the flaming fluid of Flint, Michigan  (oxymoronic but oh-so-real) mentioned in Mai’s verse. In the United States, approximately “70 percent of the country’s contaminated waste sites are located near low-income housing.” Around the world, developed countries pay to dispose of toxic e-waste in developing lands. Countless climate-related disasters– floods and droughts, fog and smog– magnify microcosms of the environmental disparities impacting marginalized communities.

But what does all of this mean for children’s and young adult literature? Imagine living in Flint, Michigan, counting the number of plastic water bottles in your basement. Or trekking miles to collect water, the earth hot beneath your feet, as your brothers attend school and you, fourteen and female, cannot. Consider what it must feel like to ready sandbags in Bangkok, bracing for the next flood, or to peer up at the night sky of an urban district in search of a smog-shrouded moon. Do we hear these stories projected out of the youth climate movement? Do we know how Indigenous youth feel about their changing backyards, or what teens in New Zealand notice about an altered landscape? “[T]he work of many Indigenous, Black, and Brown youth activists is often erased or obscured,” writes Nylah Burton. We see the works of one or two young people of color touted on public platforms; however, activism and tokenism continue to combine.

Throughout history, authors have leveraged storytelling to change perspectives and generate change. Stories create empathy not only conceptually, but neurologically. When we read or listen to a story (as opposed to a fact or statistic), our brains generate oxytocin—what neuroscientist Paul Zak termed the “moral molecule”—which, in turn, fosters feelings of connection, investment, and understanding. And that level of understanding is then a motivational precursor to action.

This means that, although writing or speaking might seem—on the surface—a less direct form of impact than recycling or reducing one’s carbon footprint, it is stories that spur change at scale.

So we must look carefully at the stories—those we absorb, and those we tell– about youth and our climate. Are they representational? Who is being told about, and who is doing the telling? What perspectives might not be portrayed in journalism, nonfiction, YA, and how can we seek to understand those voices? How can stories highlighting environmental racism spur not only awareness but action towards a future of environmental equity?

Writers on Earth is the first text of its kind: Part love letter to Planet Earth, part rallying cry. It captures the environmental appreciation and urgency felt by young people across continents through an OwnVoices approach. Readers gain insight into the texture of difference as well as the unity inherent in climate-related care and concern through the poetry, narratives, and analyses of these young writers: from Mico Aldmar Tuiza Mendoza, an 18-year-old from the Philippines who tells the tale of being stranded, alone, on a park bench in the middle of a tropical storm; to Kimberley Pang, 17, who watches a beloved mango tree, and the grandfather who tended it, wither in the face of time; Tessy Waugh, 14, from Canada, who delights in the nuanced simplicity of backyard berry-picking, to Vani Dadoo, 16, in India, who observes a curious reclaiming of nature as she passes an “abandoned house/in the mazes of Old Delhi” where a tree has taken root (“now the house houses a tree”).

As we enter the second half of the century since Earth Day began, we can celebrate the few—the youth activists sparking change at a global scale—but texts like Writers on Earth remind us that we must also seek out stories from the many if we are ever to understand the depths of environmental disparities in the lives of young people. We must not only diversify but globalize the stories that we digest and project if we are ever to work towards inclusivity. “The power of Writers on Earth is that it displays the critical importance of global perspectives in the environmental movement—where communicating across and about difference can be foundational in solving our most pressing issues,” shared Rasheena Fountain, writer, educator, and environmental justice advocate.

Sometimes, it’s as simple as providing a platform or a pen, empowering young people to share the stories that they have lived or imagined, knowing that appreciation and articulation are the ingredients of stewardship, and of action.

*Author’s note: The enjambment and spacing of “Heartbeats” were edited for the purposes of this article. 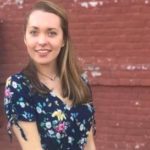 Brittany R. Collins is the Teaching & Learning Coordinator at Write the World, the online writing platform for teens around the world. She is also the co-editor of the anthology Writers on Earth, and a freelance education and curriculum writer. Learn more about her work at www.brittanyrcollins.com.

ounded in 2012 by David Weinstein through Harvard University’s Advanced Leadership Initiative, Write the World (WtW) is the global online writing platform for teens ages 13-19. Serving nearly 50,000 members from over 110 countries, WtW offers monthly writing competitions judged by professional authors; Expert Review and Peer Review functionalities that allow writers to give and receive feedback through the iterative process of writing; prompts, workshops, and publication opportunities across genres; and digital classroom “groups” for teachers looking to support student writing online. Learn more about writing in this caring community at www.writetheworld.com.

Previous Post: « Picture Book Author Laronda Gardner Middlemiss Writes so Her Son Can See Himself in Books
Next Post: How These 3 Genres Are Becoming Diverse Book Hubs »
Happy pub week to LOVEBOAT REUNION by @abigailhing