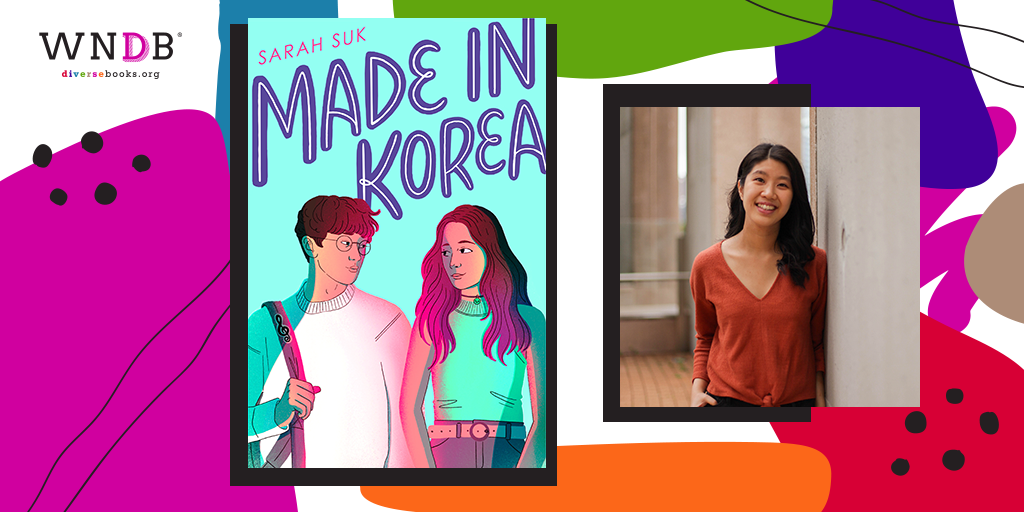 There are three things I knew right off the bat when I first began writing my debut young adult novel, Made in Korea. The first: It would be about teens selling Korean beauty products at school. The second: There would be shaved ice dessert. Lots of it. The third: It would have a full cast of Korean main characters, all with different backgrounds because not every Korean diaspora (or any diaspora) experience is the same.

With those things in mind, I began to get to know my characters and craft their individual stories. There’s Valerie Kwon who was born and raised in the Pacific Northwest. This is most similar to my story, having been born and raised in Vancouver, Canada. Then there’s Wes Jung, a third culture kid who lived in several different countries before settling in the States; Charlie Song who lives with his mother while his father lives, works, and sends them money from South Korea; Pauline Lim who is half-Korean, half-Irish; and Taemin Park, a pastor’s kid who has a background in the Korean church, which is a whole other sub-culture.

There are so many different ways to exist as a Korean person in the world. Far more, even, than what I’ve listed here. And yet, so often, I have conversations with my fellow Korean diaspora friends where we wonder out loud, “Are we Korean enough? Does my experience count? And if it does, does it count enough for me to tell a whole story about what it’s like to be Korean?”

For me, the answer is yes, yes, and yes again.

We’ve been conditioned to wonder, are we enough? More often than not, the country we live in doesn’t quite accept us as their own (“Where are you from? No, where are you really from?”). And yet, the country our families are from doesn’t claim us either. My cousin once told me, as she was showing me around Seoul, that everyone here would immediately be able to tell that I wasn’t one of them. I just didn’t quite belong.

For the longest time in western media, there were limited depictions of the Asian diaspora experience. If your family was from Asia, you probably had strict parents. And you were really smart. Maybe kind of nerdy. Perhaps you did taekwondo? And that was about it. So then, what about the parts of me that aren’t exactly that?

We look around at the world to tell us where we belong. To our neighbors, our motherland, our books, movies, and television shows. And they shrug their shoulders and say, “Beats me, but it’s not here. You figure it out.”

So I did. Over time, I’ve slowly come to the realization that maybe it’s not me that’s not enough, but the places I’m looking that are simply not big enough to hold me yet.

Writing characters that stretch the definition of what it looks like to be a Korean diaspora kid is my way of making more space. More space for me and my community to be held, more space to challenge the notion of one ‘true experience,’ more space for us to just be without having to explain, justify, or apologize for who we are.

It’s been such a joy to see more stories by and about Korean and Asian diaspora get the spotlight in mainstream media. I didn’t realize how hungry I was for it until I saw it. Diaspora creators are making space, and it feels defiant and celebratory all at once. But even in the midst of joy, that conditioning creeps in, and at times we as creators can’t help but wonder, is there still room for me? 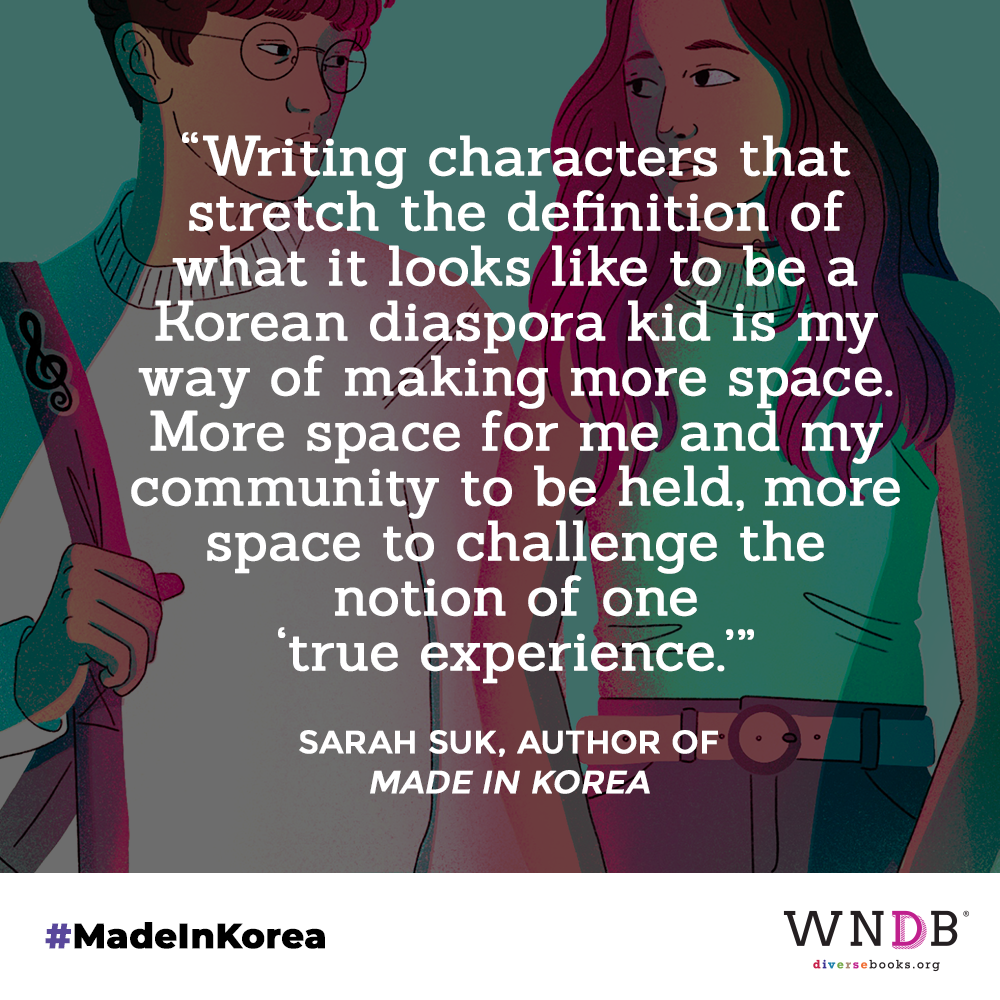 At various points in Made in Korea, the characters talk about where they belong in the world and how they do or don’t connect with Korean culture as diaspora kids. In many ways, they understand each other because of their shared identity, but in other ways, they have much to learn about each other because no one’s experience is the same. There is no one character, one book, one story that captures it all.

So we keep writing. We keep reading. We keep making space because representation matters and it’s time we took the pressure off one story to represent us all. 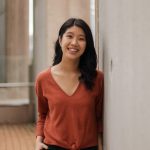 Sarah Suk (pronounced like soup with a K) lives in Vancouver, Canada where she writes stories and admires mountains. When she’s not writing, you can find her hanging out by the water, taking film photos, or eating a bowl of bingsu. Made in Korea is her first novel. You can visit her online at sarahsuk.com and on Twitter and Instagram @sarahaelisuk.

Previous Post: « Q&A With ZR Ellor, May the Best Man Win
Next Post: How to Talk With Students about Banned Books »
Ready for the #BooksSaveLives auction? Bidding doe