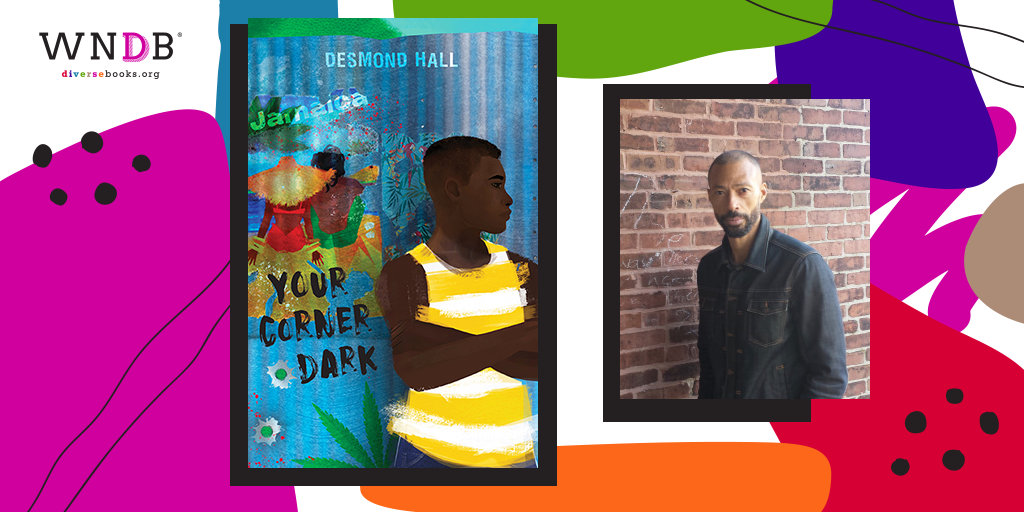 Read an excerpt of Your Corner Dark by Desmond Hall here.

I think back to the night before my mother’s funeral when I sat in my uncle’s living room in the mountains of Jamaica. Thoughts crowded my mind, as did the wild laughter of my young children who were playing with their cousins upstairs. We’d flown in from America just days before, and had checked into a hotel. I felt totally weird, and strangely like a tourist, and not like the Jamaican I am because it was the first time I hadn’t stayed with relatives.

We had booked a room in a resort because things had gotten rough in the area where my Jamaican family lived. Even though I kept up with the news, and heard about how crime had risen across the country it was still hard for me to accept. As a boy, I ran around the local hills with cousins, and the only danger was falling on a patch of grass and getting cow lice, or losing our version of hide and seek. We’d hide a “switch,” a freshly cut limb of a bush, and once someone found it they’d chase the others, in hopes of catching and beating them. Yes, that was fun back then and dangerous.

My thoughts were interrupted when the doors to my uncle’s house swung open, and two stout men in jeans and tees, each holding a machine gun, maybe American, maybe Russian, flanged out at the side of either door as if they were guards. My very first thought was that my wife next to me, my father next to her, my uncle next to him, and my uncle’s visiting friend were all going to die. The notion of anything happening to the kids upstairs was beyond me, maybe because of the shock, maybe because I couldn’t bear the thought. The next thing that became clear to me was that there wasn’t anything I could do. The men at the door were at least ten feet away so there was no way I could try and rush them and live. It just wasn’t anything like the movies.

Nothing happened for what seemed like an hour but must have been only a couple of seconds. The men just kept standing there. Then suddenly a tall man appeared—his stride as assured as any leader of state or championship fighter. Lean, and dressed as casually as the other men, he strode into the living room, his head turning as if taking snapshots of us all. He walked over to the friend of my uncle’s, knelt, leaned close, and spoke in a hushed tone. When my uncle also leaned close, relief washed over me like the dawning sun on a misty morning. They all knew each other, and that meant this wasn’t an attack, or so I hoped.

Then the tall man rose and glided out of the room with the same ease that he’d entered. The men with guns stayed, erasing what comfort I’d gained from the brief conversation that had been had. At last, the two stout men turned, pulled the door closed, and left. 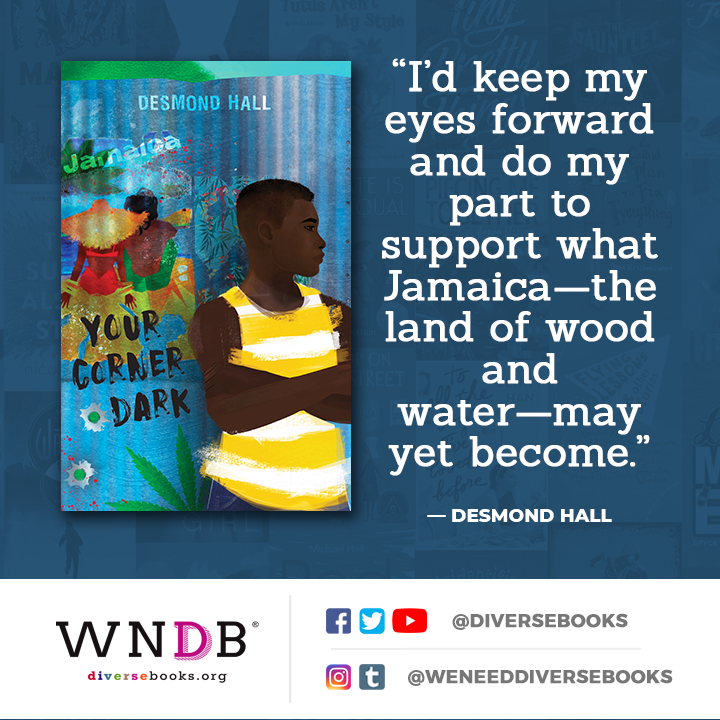 Later, I asked my father to tell me I’d just witnessed. It turned out the visitor had been held up by some teens several months before in an attempted robbery. That explained the gunshot wound that my uncle’s visitor had. But what about the men with guns, and the tall man? It turned out that they had been on a “hunt” and had “taken care” of one of the teens who’d robbed my uncle’s visitor.

It was then that I understood that my kids would never know what I knew, experience what I’d experienced—waking to the fresh mountain air and walking out a door that had been left open all night. They wouldn’t venture through the bush carefree to pick a fresh orange, grapefruit, or guinnep to enjoy before having a delicious proper breakfast of ackee and saltfish. They wouldn’t run freely across the hills with cousins, avoiding cow lice, or chasing each other with the switch without worrying about real danger. The thought saddened me, as the land of my childhood seemed like it was a world well lost.

Still, I knew that this type of surrender wasn’t the Jamaican way.

It wasn’t something Jamaican hero, Nanny, would think. After all, she led Jamaican slaves in a seemingly hopeless revolt in the 18th century that brought the then mighty British army to its knees, forcing England to free her and her people. It also wasn’t the way of Paul Bogle, a minister who led the Morant Bay protestors in a powerful march for freedom, nor was it the way of Sir Alexander Bustamante, a valiant labor leader who became Jamaica’s first prime minister in 1962. It also wasn’t my Jamaican family’s way—the resilient fighters they were—living through price hikes and crime spikes with the greatest of dignity.

So I vowed not to give in to nostalgia, and dwell on the nation’s innocence that had faded into the history books. I’d keep my eyes forward and do my part to support what Jamaica—the land of wood and water—may yet become.

Your Corner Dark by Desmond Hall is on sale on January 19. Order the book here! 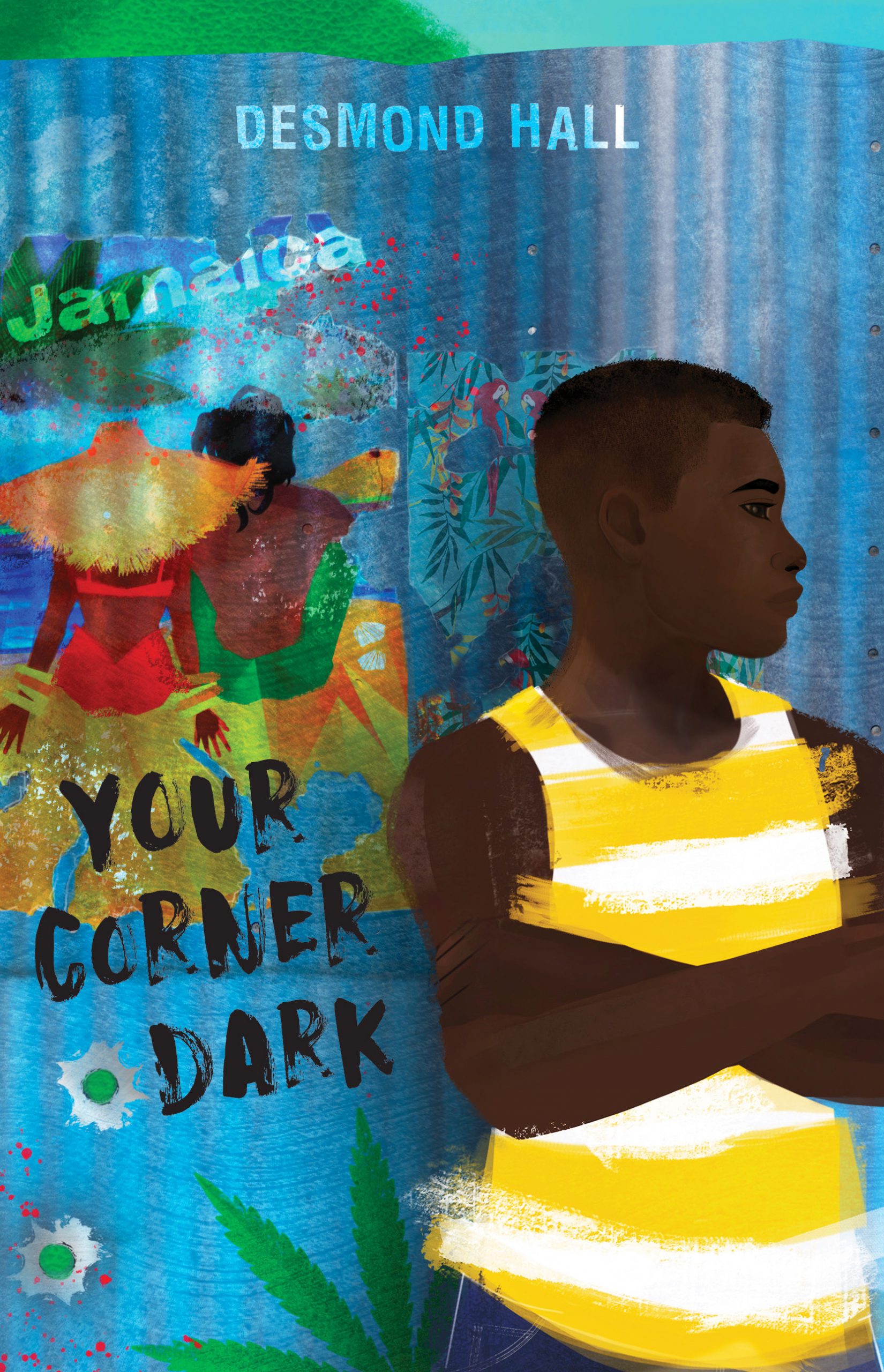 American Street meets Long Way Down in this searing and gritty debut novel that takes an unflinching look at the harsh realities of gang life in Jamaica and how far a teen is willing to go for family.

Things can change in a second:

The second Frankie Green gets that scholarship letter, he has his ticket out of Jamaica.

The second his longtime crush, Leah, asks him on a date, he’s in trouble.

The second his father gets shot, suddenly nothing else matters.

And the second Frankie joins his uncle’s gang in exchange for paying for his father’s medical bills, there’s no going back…or is there?

As Frankie does things he never thought he’d be capable of, he’s forced to confront the truth of the family and future he was born into—and the ones he wants to build for himself. 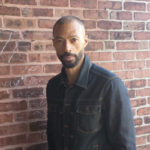 Desmond Hall was born in Jamaica, West Indies, and moved to Jamaica, Queens. He has worked as a high school biology and English teacher in East New York, Brooklyn; counseled teenage ex-cons after their release from Rikers Island; and served as Spike Lee’s creative director at Spike DDB. Desmond has served on the board of the Partnership for Drug-Free Kids and the Advertising Council and judged the One Show, the American Advertising Awards, and the NYC Downtown Short Film Festival. He’s also been named one of Variety magazine’s Top 50 Creatives to Watch. Desmond lives outside of Boston with his wife and two daughters.

Previous Post: « I Hope I Dream of Popo Helps Reconnect People
Next Post: How to Make a Comeback (in Middle School and in Life) »
We're thrilled to reveal the cover for TOKYO NIGHT