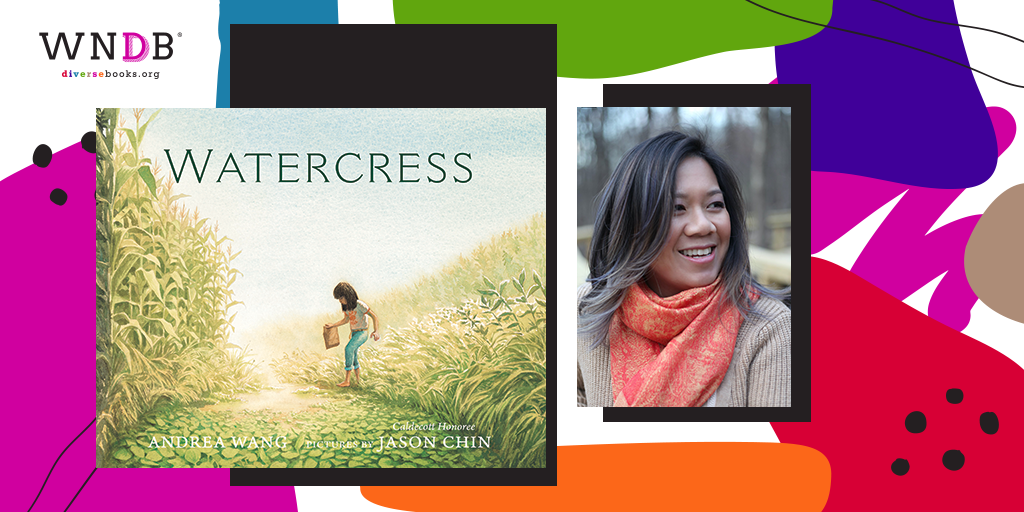 Watercress by Andrea Wang, illustrated by Jason Chin, is on sale on March 30, 2021. Order it here!

As a child, I hated history. This only seems notable because my father was a history professor. When he talked about historical events with his friends, his voice would rise, excited and vehement. But I tuned him out the same way I tuned out my history teachers in school, because they weren’t telling me the history that I really wanted to know—the history of my family, and, by extension, the history of Chinese Americans.

As far as I knew, my parents’ lives essentially began when they came to the US for graduate school. I had heard about and then met my mother’s four younger siblings when they all eventually immigrated to the US for higher education and stayed to marry and have families. Later, my maternal grandparents were able to settle here, too. Of my father’s family, there was a complete void—no visits, no anecdotes, no photos. I assumed they were all dead.

When I was two, my family moved from Boston to Ohio, where we lived until I turned thirteen. We saw my mom’s relatives only a handful of times during those years. If they talked about their lives before immigration, it was either out of earshot or in Mandarin, a language I didn’t (and still don’t) fully understand. There were so many things we didn’t talk about in my family, so many minefields that I learned to navigate. I wasn’t supposed to ask about why my father no longer taught at the local college, about why I couldn’t have the clothes and toys my friends did, and especially about what happened to both my parents in China. The few times I did ask, my father made a hand motion, literally brushing me and my questions off.

That lack of family history, of understanding where my parents were from and what they had experienced, made me feel unmoored. For an elementary school project where we had to draw our family trees on posterboard, I only got as far as my maternal grandparents’ names. When I approached my father, he simply shrugged. What other kid’s father either didn’t know or wouldn’t share his own parents’ names? In shame and desperation, I wrote in the few Chinese characters I knew—the words for “dog” and “cat.” I already knew that I didn’t belong in my small, mostly white town. With this poster, displayed in the cafeteria during Parent Night, I announced my foreignness to everyone, felt my otherness as keenly as a wound. 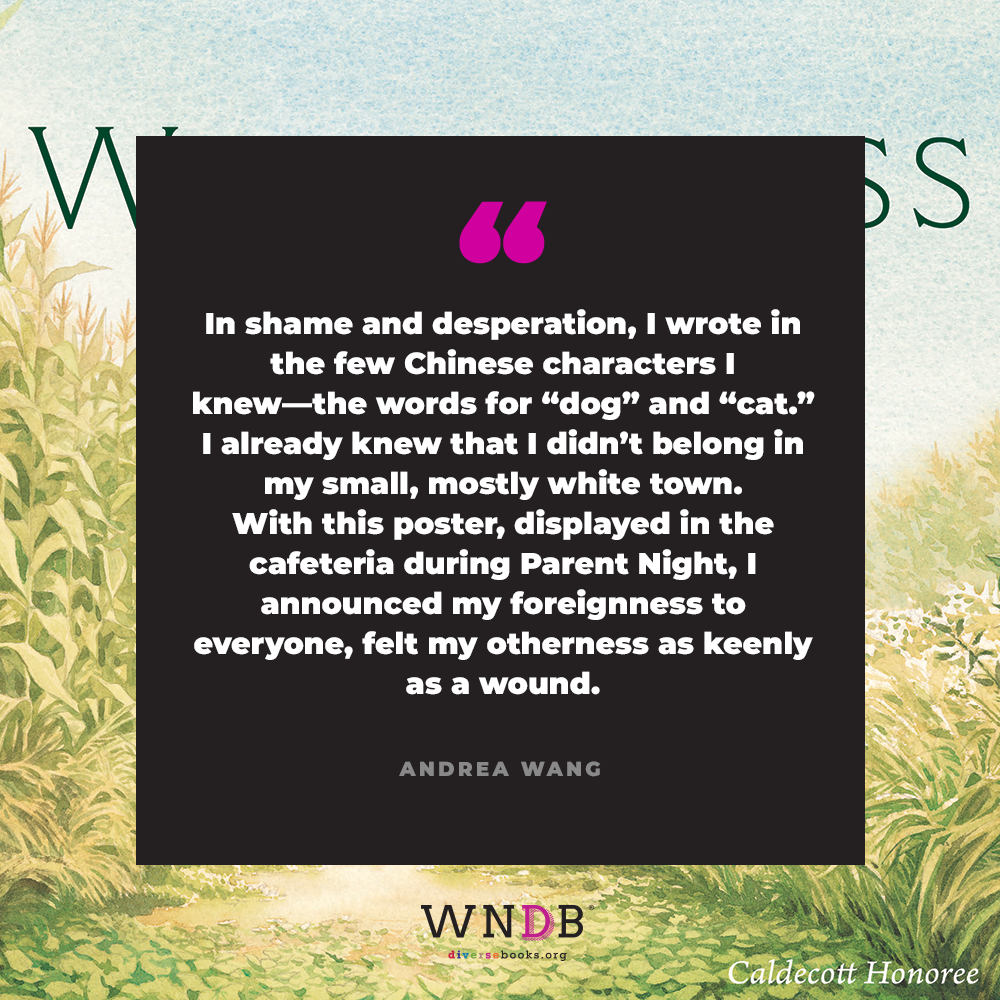 It was my mom who finally, slowly, began to share stories about her past. Funny stories about monkeys leaping through open windows into her classroom. Heart-stopping stories like the time her younger sister fell into the gap between a train and the platform and was nearly killed when the train started moving. And then, when I was much older, a heartbreaking story about my grandparents losing their first son when he was very young. This devastating event broke my grandmother and led her to give up a career as an educator. For me, this piece of family history broke down a wall of resentment and misunderstanding that I had built between myself and my parents.

Watercress began as an exploration of my own memories, particularly one of being made to pick watercress by the side of the road. At first, I recalled it as a funny memory, another story in the litany of “things my immigrant parents made me do,” accompanied by an eye roll. But it repeatedly popped up at random moments, for decades, feeling more and more like a cold sore. And I realized that I had to write about it in order to understand what this incident meant to the child me and why it had haunted me for so long.

It was the first time I remember foraging for food in the wild, but it wouldn’t be the last. My father caught fish, turtles, and crayfish. My mom collected hickory nuts from the enormous tree in our front yard, walnuts from the black walnut tree in our side yard, and mulberries from the tree down the street. She found out the hard way that the fruit of ginkgo nuts caused a painful rash. I couldn’t understand why they persisted and even delighted in gathering wild food. Looking back, each time my parents made me forage only reminded me of our status as “perpetual foreigners,” a term author Frank H. Wu uses to describe the (mistaken) assumption that Asian Americans have closer ties to the countries of their ancestral heritage than they do to the United States. I wanted to belong, to assimilate, even if it meant rejecting my heritage.

When my mom shared the story of her younger brother’s death, I realized just how hard life in China had been for her and my father. In college, I took courses in Chinese history and finally filled in many of the gaps in my knowledge and understanding. Although they embraced life in the US, foraging was a way for them to reconnect to the brighter moments of their youth. They had a difficult time talking about China due to the horrors of war and because they could never return. Before they became immigrants, they had been refugees. They wanted to protect me; they also wanted to protect themselves.

I wrote Watercress in an attempt to better understand myself, and instead discovered deep compassion for my parents. I wished that I had come to this realization long before they had passed away. It’s my hope that Watercress will encourage parents and caregivers to share their family history with young readers. As I wrote in my author’s note, memories have the power to inform, to inspire, and to heal. 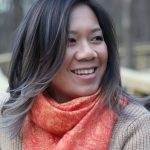 Andrea Wang is the award-winning author of The Nian Monster and Magic Ramen: The Story of Momofuku Ando. She was inspired to write Watercress by her experience growing up in rural Ohio as a child of Chinese immigrants. Andrea holds an M.S. in Environmental Science and an M.F.A. in Creative Writing for Young People. She lives in Colorado with her family.

Previous Post: « 6 Authors Share What They Love About Writing YA Romance
Next Post: Q&A With Wendy Heard, She’s Too Pretty to Burn »
Applications are open for Literary Agents of Chang