In a 2020 Horn Book Magazine essay titled, “Our Modern Minstrelsy,” award-winning author Kekla Magoon discusses many of the challenges that Black writers face in the children’s publishing industry, including the expectations in tone, narrative, and purpose for a “Black” book. She states, “As Black creators, even today, we are constantly, inevitably engaging with white expectations for how we portray Blackness.” Later, she says, “Spoken or unspoken, there have long been rules about what a Black book should look like, and as we break those rules, we have the power to transform the industry.”

As a Black creator, I want to push back against the industry’s antiquated notions of Blackness. I want to write books that define my culture as I see it. That’s why I’m so excited about my newest project, Twins, a graphic novel illustrated by Shannon Wright. In many ways, graphic novels are the perfect medium for defining ourselves, as we can truly see ourselves on the page, panel after panel after panel.

In the book, twin sisters Maureen and Francine Carter begin to grow apart in middle school, much to the chagrin of Maureen. Maureen desperately wants life to remain the same, but Francine begins to change everything, including her clothes, her friends, and even her name. Their parents try to remind Maureen that sisterhood is meant to be forever, but Maureen isn’t so sure that this is the case.

The book sounds very normal, doesn’t it? And that in itself is a radical notion for children’s publishing. These two Black girls aren’t required to lead a revolution, or overcome extraordinary odds, or even teach their naïve white friends valuable lessons on what it means to be Black. Maureen and Francine are allowed to live normal lives. They are allowed to deal with the challenges of growing apart and discovering who they are.

They’re allowed to be kids—like so many characters in books featuring white protagonists.

I am so glad that Shannon Wright is my collaborator on Twins because she understands and embraces this radical act of allowing Black kids to exist, but on their own terms. In the book, we see Maureen wearing her silk bonnet at night, and not pausing to explain the reasons why. We see Francine becoming more independent, all while wearing braids one day, and then puffs the next. Shannon brought an entire brown-skinned cast to life—each character with their own shape and shade and size—without commentary to benefit the white gaze.

However, while Shannon and I wanted to normalize the Black experience—to let these kids just be kids—you only have to turn on the news to see that the world refuses to allow Black Americans to live “normal” lives. As much as we wish otherwise, we are not allowed to just exist.

And so, I decided to include a scene where the girls are profiled for the “crime” of being young and Black in a suburban store. Was it required for the main plot of the book? No. Was it required to express the real experiences of many Black kids in our country? Absolutely.

But even with that incident, the book is mainly about sisterhood. It is about Black love, Black friendship, and Black joy. It is about the kids at my daughters’ school, the kids at our church. And it’s a celebration of—and primarily for—Black kids, whether they have beautiful kinky puffs or curly high-tops. Whether they have dark brown skin, or red freckles dotting their nose. It’s for any Black kid who longs to see themselves—and their lived experience—in a book.

And that’s the thing: This book isn’t radical to most Black kids, because they already know that they exist. They know that they are more than a meme on Twitter or a soundbite on the nightly news.

Black kids know who they are.

It’s the world’s turn to catch up.

Twins by Varian Johnson is on sale now. Order it here!

Maureen and Francine Carter are twins and best friends. They participate in the same clubs, enjoy the same foods, and are partners on all their school projects. But just before the girls start sixth grade, Francine becomes Fran — a girl who wants to join the chorus, run for class president, and dress in fashionable outfits that set her apart from Maureen. A girl who seems happy to share only two classes with her sister!

Maureen and Francine are growing apart and there’s nothing Maureen can do to stop it. Are sisters really forever? Or will middle school change things for good? 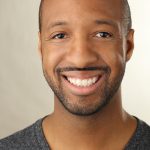 Varian Johnson is the author of several novels for children and young adults, including The Parker Inheritance, for which he won a Coretta Scott King Honor award; The Great Greene Heist, which was an ALA Notable Children’s Book, a Kirkus Reviews Best Book of 2014, and a Texas Library Association Lone Star List selection; and To Catch a Cheat, another Jackson Greene adventure and a Kids’ Indie Next List pick. He lives with his family near Austin, Texas. You can find him online at varianjohnson.com.

Previous Post: « Cover Reveal and Excerpt of Hani and Ishu’s Guide to Fake Dating by Adiba Jaigirdar
Next Post: Making a Joyful Noise Through Writing »
We're thrilled to reveal the cover for TOKYO NIGHT