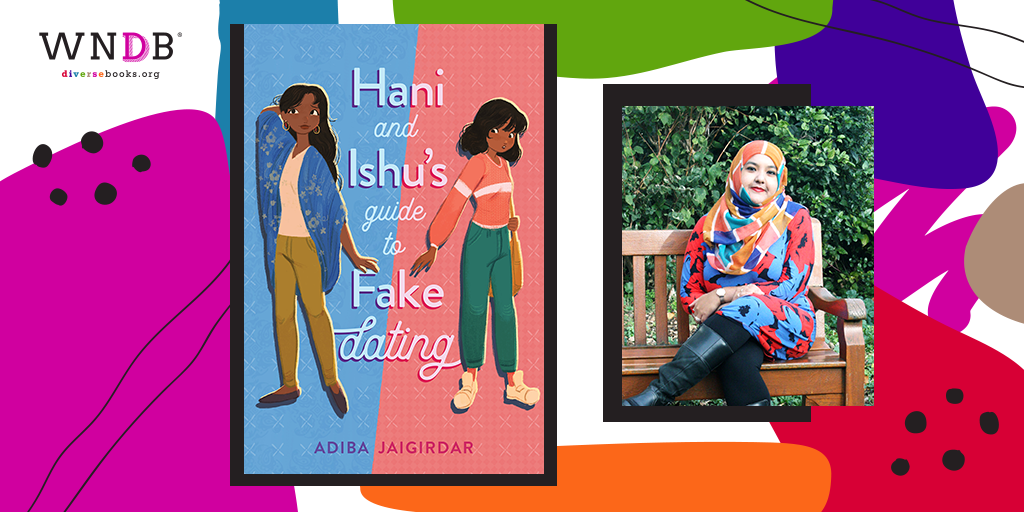 Hani and Ishu’s Guide to Fake Dating by Adiba Jaigirdar is out on May 25, 2021. Order the book here. We revealed the cover last year.

In my second book Hani and Ishu’s Guide To Fake Dating, I wrote two POV characters. There’s Hani, the popular, charismatic girl who is desperate to fit in with her white, heterosexual peers. And then there’s Ishu, the studious loner who cares so little what people think of her that she’s ready to blurt out her most blunt thoughts at the drop of a hat.

While I was writing this book, I kept thinking about how so many people would immediately fall in love with Ishu, a character that so many of us might aspire to be. But at the same time, so many of these same readers would think the worst of Hani, the character that many of us have been.

It was writing Hani that required me to dig into some of the most traumatic experiences of my life, to reflect on lost friendships and the worst moments that those relationships had to offer. I suspect that so many of us have been in Hani’s exact position, but not all of us have an Ishu to help us see the light.

I was a lot like Hani as a teen. I might not have been particularly charismatic or popular (and I’m not really either of these things now as an adult either!) but I spent my formative years in Dublin, Ireland, at an all-girls Catholic school. While I was lucky that my school was quite diverse, it was at university where I had my worst experiences as a person of color. At the ripe young age of seventeen (the same age as Hani), I was studying English and History in Ireland’s largest university. I starkly remember that in my English lectures of 500 students I was the only person of color.

In my first year of university, I remember attending a party with my then-friends. It was an intimate gathering of no more than a dozen people (can you even call that a party?). We were watching old cartoons from our childhood (well, their childhood), and feeling nostalgic. And while everyone else was drinking beer and wine, I was good with water. At a certain point in the night, one of my friends turned to me.

“So, you don’t drink?” She asked me, an underaged Muslim.

“No, I don’t.” I didn’t think anything of it—a question that I had been asked many times.

“So, why are you even in university if you don’t drink?” She didn’t ask the question with any spite, but she didn’t ask it as a joke either. An uncomfortable silence fell over the room.

Nobody spoke up for me.

Finally, someone changed the conversation, and the party could continue.

But we were all uncomfortable. The mood of the party had been dampened.

It was my fault. Because I was too Muslim. Because I didn’t fit in. I had caused this discomfort.

I spent a lot of time during those years feeling exactly like this. When someone brought up race or queerness or religion, and suddenly things turned uncomfortable. I thought about how I was too much.

I was too brown. Too Muslim. Too Bengali. Too queer.

The truth, of course, is that I was never too much of anything. Looking back at it, I wonder about how in a room full of people I was supposed to call friends nobody had defended me. And I felt that if I spoke up for myself if I said it wasn’t okay to speak to me like this because I am Muslim, I would be the one left out in the cold.

Back then, I thought these things, too afraid to ever test the boundaries of my friendships. Too afraid to stand up for myself in the ways that I wanted to.

A few years later (a teen no longer!), I faced an even more difficult situation.

On a lunch outing with my then best friend, we somehow came upon the topic of refugees. It was an especially sensitive topic at that time because Ireland had just promised to take in a significant number of refugees, and people were unhappy about this. I had already been in too many conversations with white people about race that ended badly. I knew how these conversations tended to go. I attempted to steer it, but my friend was dedicated to speaking her mind.

Unprompted, she started from “refugees shouldn’t be allowed into Ireland,” all the way to “all Syrians are disgusting and should die.”

We were on a public street corner in the city center. Right outside Temple Bar. My friend was screaming at me, and refusing to end the conversation. I remember feeling like I had stepped into an alternate universe—wondering how this person in front of me was someone I had called a friend, a best friend, for the best parts of my life.

But I also remember feeling scared. First, of my own physical safety. But more than that, I was scared of what would happen in the future. I knew that how I reacted to this situation would affect almost every single friendship I had forged for most of my life. And I suspected the effect would be bad for me, not for her.

In that split second, I decided to protect myself.

I’m not proud of it. But if I could go back and do it all over again, I’m not sure if I’d make a different choice.

Even though our friendship was irreparable from that moment onwards, I kept a facade of friendship for months after. In part, it was because I couldn’t link the person who had said those venomous things to the person I had known for most of my life. How could they be the same person? How could I have been friends with someone and not noticed how they viewed certain people as less than her? As less than human?

But there was something bigger at play too. I didn’t know what breaking off our friendship for good would mean for the rest of my friendships. Would they understand what had happened? Would they sympathize with me or with her? Would they show me their ugly colors too? 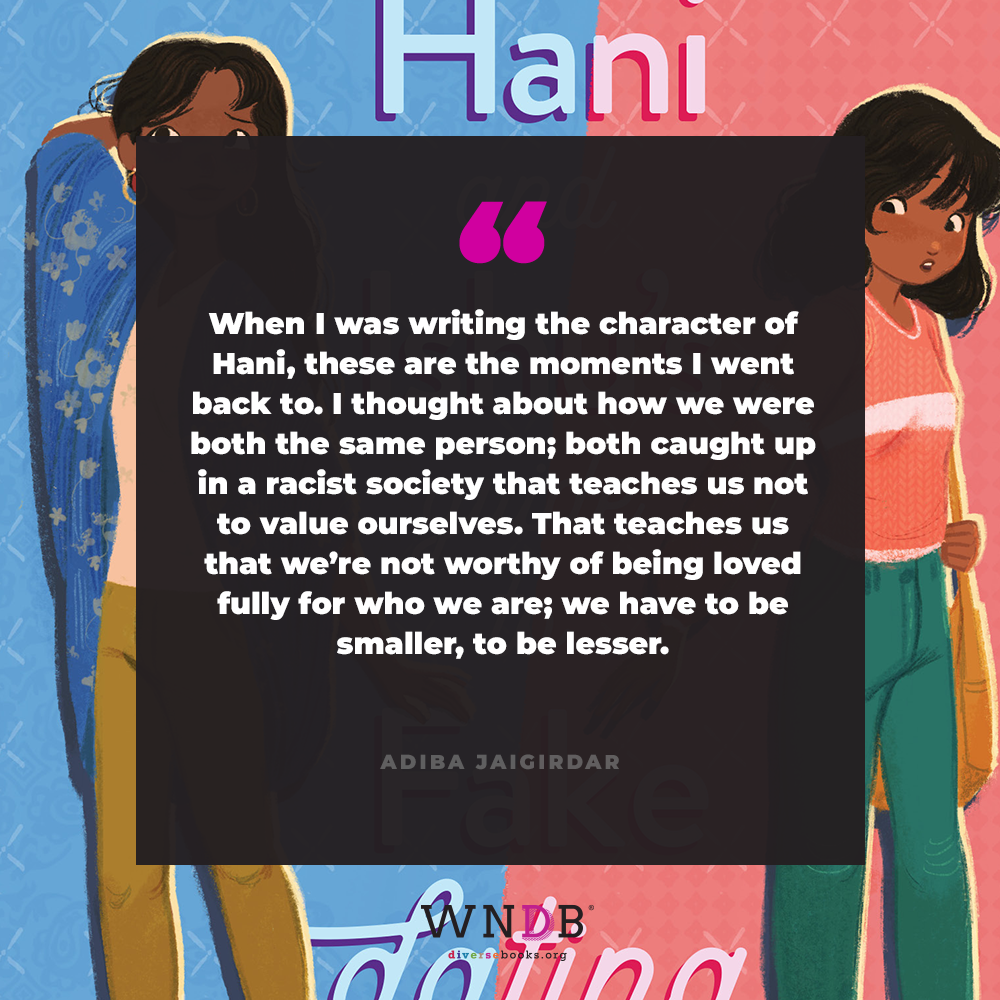 Around that time, the Trump Muslim ban had just come into effect and I was watching my family in America protesting in airports, and other family members rushing back from Bangladesh to the US on the chance that we were next on the list of banned countries. My friend sent me a message on Facebook. She said, “I hope your family is okay.” And all the while, all I could think about is how there were so many families who aren’t okay, who hadn’t been okay, who wouldn’t be okay in the future. To this person, they didn’t have the same worth as her. If she met my family without me, would she view them as less than human? If she knew that one of our close friends from school came to this country as a refugee, would she turn away in disgust?

That day was the end of our friendship.

I agonized about telling our mutual friends about what had happened. I wondered if it was better to not tell them anything at all. But losing a friendship so brutally was eating me up inside. So, I decided to share.

At first, our mutual friends responded with astonishment. They also couldn’t believe what had happened. How could someone we had known for so long have these opinions we could have never imagined?

Later, they asked me what I was going to do about it. Would I try to reach out and fix it? Would I get our friendship back on track?

They invited us both to dinners and parties, like the end of our friendship was inconsequential. Nothing more than a trivial fight. Like it wasn’t because of hate. Vitriol. Violent racism.

It’s many years later, and I’m writing an essay about my lost friendships. And not just of the person who showed me her true, racist colors, but also almost every single one of our mutual friends. Who found it more difficult to speak out against racism and bigotry than to give me their true friendship.

I’m glad that I’m not the person I was at 17, who let things slide like they were inconsequential. Even if it took me a while, I ended my toxic friendships, and I learned how to stand up for myself and for others in the face of bigotry. But it wasn’t an easy journey or a fast one, and I lost a lot of things along the way.

Yes, I lost friends who weren’t really friends at all. But I also lost years of my life. I lost all of our cherished memories because they’ll be tainted forever. I lost my ability to trust and to forge easy friendships.

When I was writing the character of Hani, these are the moments I went back to. I thought about how we were both the same person; both caught up in a racist society that teaches us not to value ourselves. That teaches us that we’re not worthy of being loved fully for who we are; we have to be smaller, to be lesser.

But I also thought about all of the ways that I’ve grown and changed. All of the things I’ve learned helped me reflect on my past and write these characters and this book. And I hope that any real-life Hani out there who reads this book can learn their worth and fight for it a little faster than I did when I was younger. 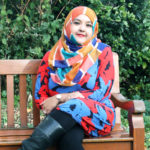 Adiba Jaigirdar is a Bangladeshi and Irish writer and teacher and the author of Hani and Ishu’s Guide to Fake Dating and The Henna Wars, which Kirkus called “impossible to put down.” She is also a contributor for Book Riot. She lives in Dublin, Ireland.

Previous Post: « Q&A With Katherine Locke and Anne Passchier, What Are Your Words?
Next Post: I Wrote Wishes so Readers Could See What It’s Like To Be a Refugee »
LAST CALL for WNDB 2023 Internship Grant Partners!