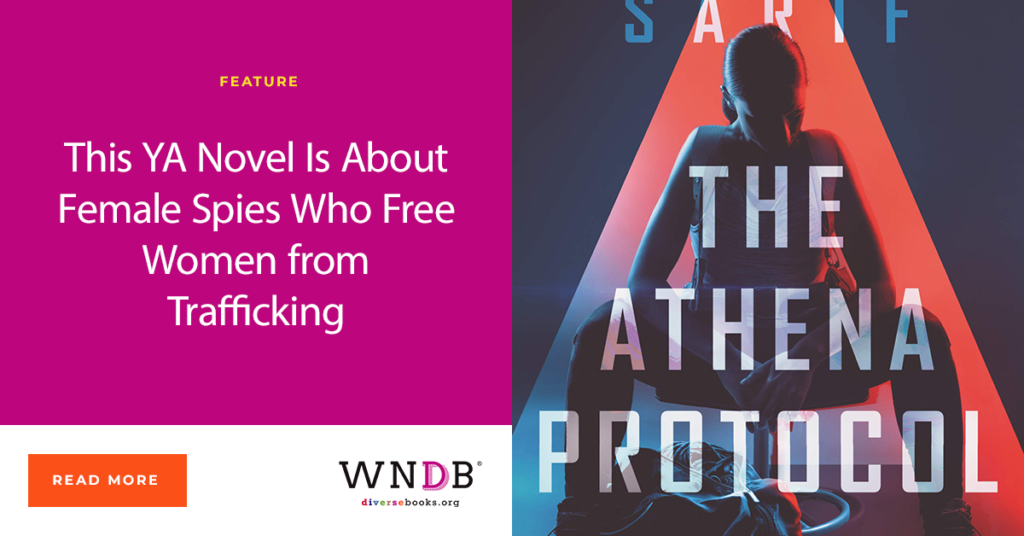 Shamim Sarif is an author, screenwriter, and director with a tangible passion for seeing diversity in entertainment, who’s backing up her spoken commitment to improving the world with tangible actions.

Her newest novel (and her first young adult work) is The Athena Protocol, a story about an all-female spy agency whose youngest agent, Jessie, goes rogue after being kicked out for breaking the rules. 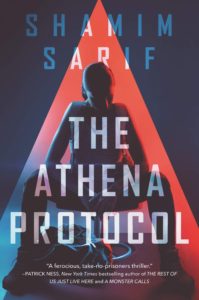 In addition to the fact that the novel itself promises fast-paced action, twisty thrills, and even an examination of philosophical and existential questions, Sarif is doing something very interesting: she has pledged to donate a portion of all the proceeds of the book to Headwaters Relief Organization.

Headwaters Relief Organization is a non-profit that works in disaster-struck areas, bringing education about human trafficking and lending long-term support to communities as they rebuild.

“We’ve always tried to give back wherever we can,” Sarif said, explaining her rationale for trying to give back. She delineated three core reasons she wanted to partner with this organization, though, including their focus on storytelling, including using children’s books to educate young people on the dangers of human trafficking.

“The incidents of trafficking goes up…incredibly high after a disaster,” Sarif explained. “Traffickers come in and they’ve got a whole lot of vulnerable young people and women who are there to be preyed on, basically.”

In addition, Sarif appreciated Headwaters’ volunteer-based approach, as well as their focus on health—mental and physical—in the time following a disaster.

“They tend to stay in disaster areas for a longer time, working on the mental health and stability of the community that remains. It’s often years before people regain their homes and their work, and there’s a lot of fragility in the psychology of the people that remain,” Sarif explained.

Sarif actively sought out an organization to partner with for the launch of her book, conducting research and finally meeting with Headwaters before making the final call.

Ultimately, she finds they are a worthwhile organization because “Headwaters understands the importance of education and community in fighting human trafficking.”

There’s a tie-in between the work Headwaters does and the story of The Athena Protocol: the agents in the top-secret, all-female agency, named Athena, work behind the scenes to free women and children from human traffickers.

Sarif said the story has been a long time coming, stemming from years of going to tech conferences and seeing people with wealth trying to figure out where to put it to improve the world.

“The traditional model of waiting for government to solve everything is not working,” she said.

Sarif’s three other novels are in the adult age category, and writing this one as YA wasn’t necessarily a conscious decision; rather, because it was so character-driven, and because she wanted to explore a young person’s point of view, it became so “by default,” she said.

“I just wrote the book that I wanted to write,” she added. “The biggest change was going from literary fiction to the more thriller genre. It was always in the service of the story that I wanted to tell.”

Sarif is passionate about inclusion in all storytelling. Her previous books include I Can’t Think Straight, about a Christian woman from Jordan and a Muslim woman who fall in love; and The World Unseen, her first novel, which is a fictionalization of her own grandmother’s story, living in an Indian community in South Africa during apartheid.

“I wanted to tell that story and say: if you come from that world, what does it take for you to realize…that there’s another way.”

Sarif’s grandmother’s life was “arranged for her, kind of one of indentured servitude,” she explained further. She explored the questions of, if you’re growing up in that manner, who you might encounter and what experiences you might need to have to realize there are options, after all.

All of Sarif’s books include diverse casts of characters, something I could tell throughout our phone call she is incredibly passionate about.

“It’s important to have inclusion in all storytelling,” she said. “It’s about the fact that the world is diverse, and there’s no reason that WOC or LGBT young people or anybody that falls under the category of diverse should feel that they’re different…I wish I’d had that growing up.”

The women of The Athena Protocol aren’t perfect. “They’re not superheroes,” Sarif said. But they do have in common that they want to make a difference in the world, that they have inner strength; and that they come from diverse backgrounds.

“If I can help 14-or-15 year olds feel like everything is okay and they shouldn’t have to be ashamed of who they are, then that makes it all worthwhile,” Sarif said.

Previous Post: « Everything I Learned from the WNDB Mentorship Program
Next Post: The Winners of the 2019 Creative Writing Awards Share Their Writing Processes »
Congratulations to the 2023 #ALAYMA winners and ho