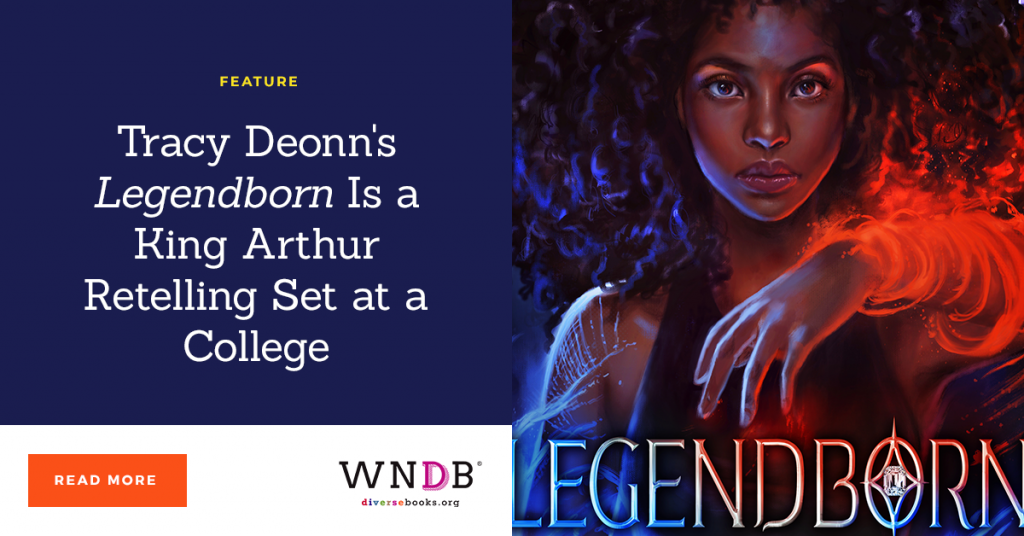 Tracy Deonn is the debut author of the Fall 2020 Indie Next Pick Legendborn, a YA fantasy about a Black girl in North Carolina who, after the loss of her mother, must infiltrate the ancient secret society she believes holds the key to her mother’s death. Oh, and Legendborn is a modern take on the King Arthur legend, set at the University of North Carolina (UNC).

Deonn told We Need Diverse Books she took some inspiration from Susan Cooper’s The Dark is Rising series in reimagining King Arthur’s mythos, saying that series treats the legends as truth but raises the question of what they would look like today.

So Deonn explored something similar, only her story is set in the US, not the UK.

“[I] realized the answer seemed very clear here in the US; the round table would embed themselves into a secret society somehow!” Deonn said. “Secret societies are a great cover for very old, generations of power. They recruit and operate by hiding in plain sight because we all accept that secret societies exist and we accept that we, the general public, won’t ever know all of their practices.”

In addition to her inspiration from The Dark is Rising, Deonn shared that she wanted to explore the way legacy is treated in the US.

“I also very much wanted to explore the idea of legacy and legends from my own experience,” she said, “from the world of probably our most prominent, long-lived legend, King Arthur, and from the experience of having grown up in the American South where legacies are a constant source of discourse.”

Another piece of the inspiration behind Legendborn was the loss of Deonn’s own mother and the subsequent discovery that her mother and grandmother had also lost their own mothers around the same age as she did.

“Being a writer, I needed to understand how this pattern came to be,” she said. “Of course, there’s no real answer here—life is strange and sometimes the odd and surreal happens to us without a concrete explanation. But as a writer, I decided to come up with an answer.”

As far as the writing process itself, one thing stood out to Deonn as especially fun: the dialogue.

“I loved writing the banter between Bree and Nick, Bree and Sel, and Bree and Alice,” she said.

It feels timely, especially given the national conversations around race that arose, again, this summer, to read this story about a Black American girl trying to find truth and develop her own agency in a world steeped in Euro-centric history.

Deonn’s background is creative in nature, as she worked many jobs in live theater as well as in video game production.

“I love talking about my creative background because for a long time, I worried about doing too many creative jobs, in too many forms and mediums, and I don’t want anyone else to do that,” she said. “The visual storytelling of theater means I write scenes very visually; I’m always thinking of how people are arranged in a room, what my main character can see, how the magic looks, body movement. And the collaborative nature of theater means that I’m trained to be very open to working with others, even on a book project that can sometimes appear as if it’s one person’s job. I love hearing from my editors and consultants because they all bring a different perspective and set of knowledge to my story.”

Meanwhile, Deonn shared that she gives credit to her background in video games for the fact that her magic systems have a strong set of rules. Her time in that field helped her develop her own worldbuilding.

“Game writing is great for mapping out magical structure and progression,” she said.

And now that she writes, which Deonn says she does because she loves words and language and “the infinite emotional possibilities that can be produced from letters on a page,” Deonn has contributed to short story anthologies in addition to writing her novels.

“Short stories are demanding in a very different way than novels,” she said, adding that she tends to overwrite and cut in subsequent drafts, and writing short stories has taught her how to write with economy and efficiency.

“With anthologies, there can be a very cool feeling of ‘togetherness’ in that you are part of a group—the entire anthology is working toward a theme or a bigger idea,” she said. “My story needs to be able to stand alone, but the ‘we’ aspect of an anthology is lovely, especially if you’re able to connect with the other authors at some point.”

Deonn said the first SFF she wrote was when she was nine, and it was a “self-insert” story, one she wrote because she wanted something magical to happen to her. She explained she wrote it in part as escapism, a way to avoid the questions about her sense of self and value that interactions with other children often left her with.

Now, she writes SFF for young readers and said it seems natural she does so because the combination of age category and genre does a great job of teaching young people that they can accomplish their goals on their own.

“Yes, there are skills to learn, lessons to absorb, people to meet, and maybe magic to control, etc., but the eternal message is that you don’t need to be an adult to win the day, and you’re probably more capable of the ‘impossible’ than you realize you are,” she said. “I love that message and think that every young person deserves to hear it.”

Two books Deonn read and loved recently, which she wholeheartedly recommended to We Need Diverse Books’ readers, include A Song Below Water by Bethany C. Morrow, which she described as “a YA contemporary fantasy tale about two Black girls in the Pacific Northwest, sirens, magic, and who gets to have and display power”; and L.L. McKinney’s Nubia: A Real One, the DC graphic novel coming out in February of 2021 which Deonn described as “a super smart, modern take on Nubia, the Black, long-lost twin sister of Wonder Woman.”

Legendborn by Tracy Deonn releases on September 15, 2020. Pre-order it here! 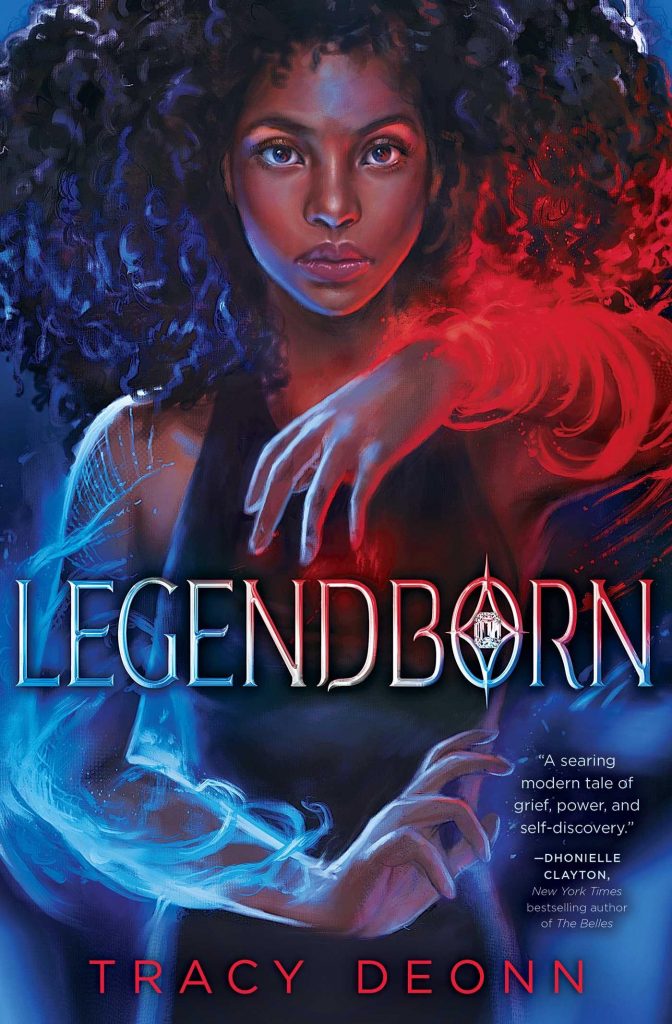 After her mother dies in an accident, sixteen-year-old Bree Matthews wants nothing to do with her family memories or childhood home. A residential program for bright high schoolers at UNC–Chapel Hill seems like the perfect escape—until Bree witnesses a magical attack her very first night on campus.

A secret society of so called “Legendborn” students that hunt the creatures down.

And a mysterious teenage mage who calls himself a “Merlin” and who attempts—and fails—to wipe Bree’s memory of everything she saw.

The mage’s failure unlocks Bree’s own unique magic and a buried memory with a hidden connection: the night her mother died, another Merlin was at the hospital. Now that Bree knows there’s more to her mother’s death than what’s on the police report, she’ll do whatever it takes to find out the truth, even if that means infiltrating the Legendborn as one of their initiates.

She recruits Nick, a self-exiled Legendborn with his own grudge against the group, and their reluctant partnership pulls them deeper into the society’s secrets—and closer to each other. But when the Legendborn reveal themselves as the descendants of King Arthur’s knights and explain that a magical war is coming, Bree has to decide how far she’ll go for the truth and whether she should use her magic to take the society down—or join the fight.