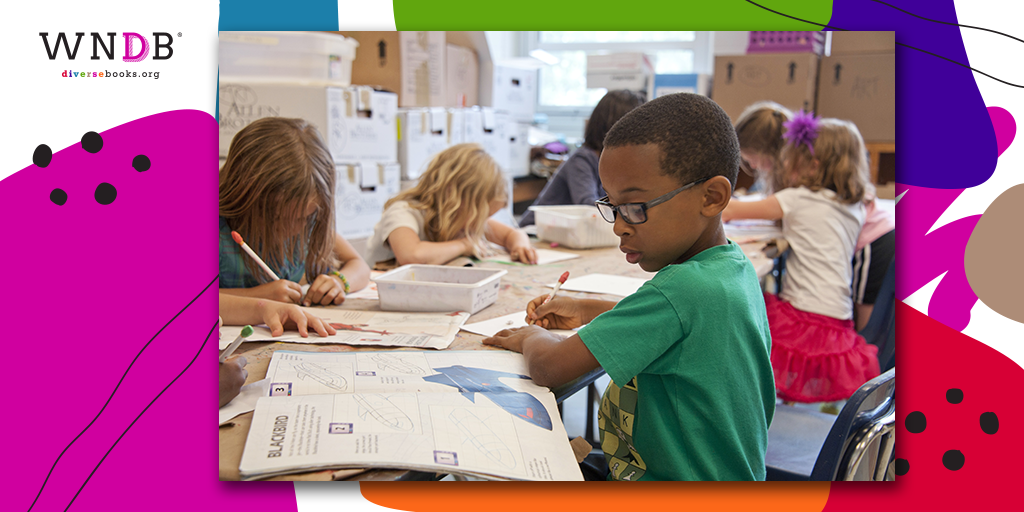 The morning after the Atlanta mass shooting that took the lives of eight people, six of whom were Asian women, my Twitter feed was flooded with Asian Americans who were personally devastated, furious, and terrified. As a Korean American woman, I felt distracted all day, texting with friends and compulsively reading article after article about what had happened. Just days earlier, I saw similar outpourings coming from Black writers, journalists, and teachers I follow in response to the killing of Daunte Wright by a police officer. It all happened again after Ma’Khia Bryant. And again. And again. Many expressed difficulty showing up for school or work following these high-profile incidents. This is nothing new, but after 2020, mental health, trauma, and antiracism are topics education leaders are following closely. Schools have a crucial role to play in supporting both students and staff in the wake of these tragedies—far beyond assemblies and social media statements.

“These kinds of tragic events can be very stressful and traumatic for young people to make sense of,” Elana Jones, school counselor and middle school counseling department chair at Excel Academy Charter School in East Boston, told WNDB. “When you see someone who looks like you or someone you love being mistreated, marginalized, harassed, assaulted, or even killed, there is a visceral and vicarious reaction that takes place.”

Jones emphasized that it is critical that caring and trustworthy adults quickly check in with students and provide them with space to process what they saw on the news or social media.

At the Chicago school where Kelly Wedlake teaches ninth-grade social studies to a predominantly Black student population, this kind of support takes a variety of forms. Following a high-profile act of violence, her school’s principal will often send an email to students and their families, outlining the extra support that is available. They might have additional social workers in the building or hold “peace circles” to give students space to express their emotions.

“We have to address the instances of police violence and systemic racism head-on in our schools because to ignore it would be to ignore our students,” Wedlake said.

Many schools have similar approaches, with school leaders giving teachers explicit instruction for addressing these incidents in the classroom, instead of operating as business as usual.

But the effects of witnessing this kind of violence not only impact children but adults too. Multiple studies have found that the killings of unarmed Black Americans were associated with worse mental health among other Black Americans, compared to the general US population. Angelica Leigh, an assistant professor at Duke University, calls these incidents “racial mega-threats”—events where people see someone being threatened because of their identity and infer they can be targeted with the same kind of violence for sharing that identity.

Teachers of color already burn out and leave the profession at much higher rates than their white peers. What more can be done to support them and students? A systemic problem requires a systemic approach. 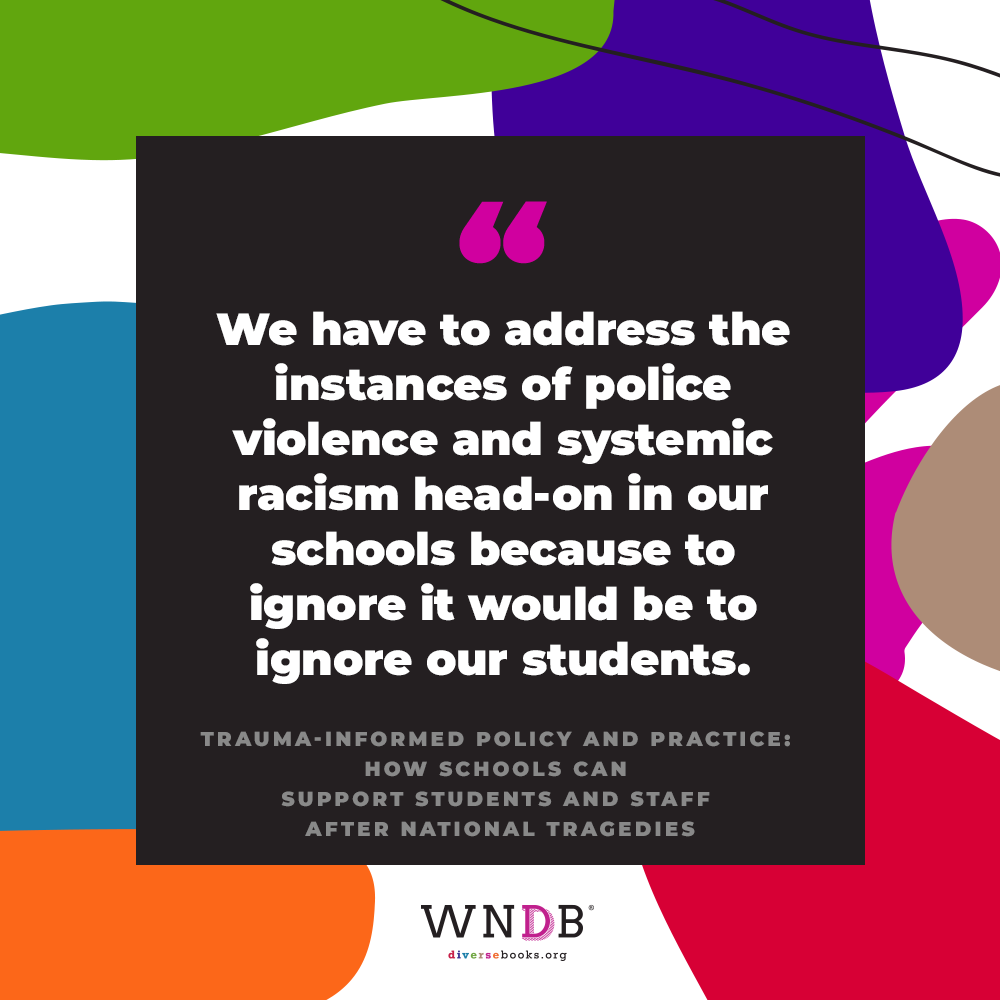 When we asked about policies to support students and teachers at this time, the educators WNDB spoke to had less to point to. Many had implemented their own case-by-case exceptions and flexibility or were told to take mental health days, but none knew of school-wide policies that explicitly addressed these kinds of national tragedies.

“While we do our best, a more set and distinct policy to allow our students to feel supported, heard, and valued when they are not given that respect in the world would be helpful,” Wedlake said. She speculated that a lack of resources for implementing such policies as the biggest barrier to doing so. Wedlake said, “In the end, it comes down to money and resources, which is what it sadly seems to always come down to.”

Students of color, often most affected by tragedies where race is a factor, are also more likely to attend an under-resourced school. Teachers of color are more likely to work in them too. And all schools are stretched thin now during COVID-19 with a focus on reopening their doors safely. But some schools and workplaces are beginning to show us what’s possible.

Paid time off is one approach for helping employees prioritize their well-being. When it comes to antiracism, this means not just urging staff to use their sick time for mental health days, but providing explicit, dedicated paid time off. Following the deaths of George Floyd and Breonna Taylor, Upwork offered its Black employees bereavement leave, making it clear that they understood the deaths of these Black men and women were real losses to the Black community. By creating explicit policies, workplaces can help ensure Black employees don’t feel penalized for taking the time they need to grieve. Schools can consider doing the same for their staff by creating paid time off policies that address dedicated time off following national tragedies.

For other schools who may be starting the process of re-examining their policies and practices, Jones offered a few steps her school is actively undertaking as they review and redesign all of their programming for next year. The leadership team is rewriting their values to better reflect the current needs of their students and staff. And they’ve developed several working groups of staff from different backgrounds, departments, and with different expertise working on systemic changes. For example, a social and emotional learning group is redesigning its day-to-day programming to incorporate social and emotional practices in the classroom. Another group is focused on equitable grading practices. The school is also collecting more feedback from staff and students since they are the ones who know their needs best.

“It’s a major paradigm shift,” Jones noted. “It’s a big undertaking but an essential one. We can’t go back to operating the way we were, not when so much trauma has happened these last 14 months.”

A thoughtful and trauma-informed approach to systemic change is necessary for school leaders to undertake if they want to truly be a safe, nurturing environment for students and avoid stigmatizing or further harming students experiencing trauma. Black, Indigenous, and students of color should not fall behind their peers academically to maintain their well-being.

But the urgency of the situation remains; the toll that racial violence takes on these students may cause them to fall behind anyway. To not prioritize the well-being of students and teachers—especially now against the backdrop of a pandemic—is to disregard the important antiracism and social and emotional learning work that schools are ideally positioned to carry out. 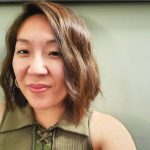 ’s stories, essays, and poetry appear or are forthcoming in Gay Magazine, Zora, Hobart, The Baltimore Review, McSweeney’s Internet Tendency, Electric Literature, Catapult, Third Coast, and elsewhere. She has an MFA in fiction from West Virginia University, and her novel manuscript was a semi-finalist for the James Jones First Novel Fellowship. Andrea was born in Korea, adopted as a baby, and raised on Staten Island, NY. She lives in Washington, D.C.

Previous Post: « How Librarians and Teachers Can Cultivate Diverse Books That Go Beyond the Trauma Experience
Next Post: Faridah Àbíké-Íyímídé Talks Inspirations for Her Blockbuster Debut Ace of Spades »
The #BooksSaveLives auction is now OPEN! Thanks to