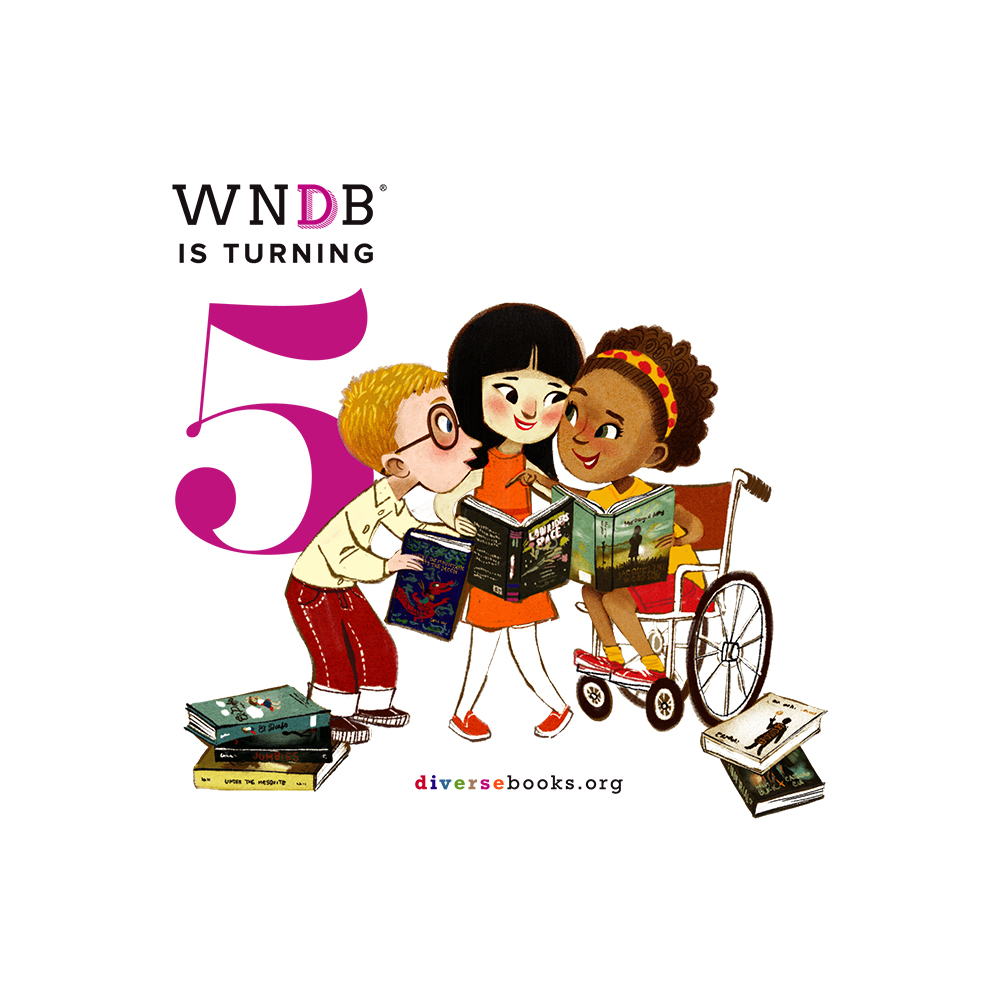 WNDB promotes diversity in children’s and young adult literature and was founded following a successful social media campaign #WeNeedDiverseBooks went viral during BookCon 2014. A small group of children’s authors, illustrators, librarians, and book lovers came together to create a range of programs designed to increase the number of diverse books available for all children.  This small group of founders has grown to a network of over 50 volunteers across the country and more than 50,000 followers on social media.

“I am so proud to be leading We Need Diverse Books at this time,” says Nicole Johnson, executive director. “With its initial Twitter campaign, WNDB helped to reset the publishing industry and its focus on delivering quality literature for all children. We deeply appreciate the over 50 volunteers who coordinate WNDB programs and outreach efforts.”

Since its founding, WNDB has implemented a dynamic slate of programs designed to close the diversity gaps that exist in children’s publishing. Major program accomplishments include:

The growth of WNDB programs coincides with a five-year increase in the number of children’s books featuring racially diverse characters released by publishers. From 2013 to 2018, the Cooperative Children’s Book Center has reported a steady increase in the percentage of books published that feature racially diverse characters growing from 10% in 2013 to 31% in 2017.  WNDB seeks to change the publishing industry by countering false assumptions and beliefs about the need and economic viability of diverse books.

“Looking ahead to the next five years, we are taking steps to deepen our impact,” says Johnson. “We are building partnerships to giveaway more diverse books, support more authors and illustrators to create diverse books, and fund youth and young adults of diverse backgrounds to embark upon careers in publishing.”

About We Need Diverse Books (WNDB)

We Need Diverse Books is a grassroots organization of children’s book lovers that advocates essential changes in the publishing industry to produce and promote literature that reflects and honors the lives of all young people. It is our mission to put more books featuring diverse characters in the hands of all children. You can learn more about WNDB programs at www.wndb.local.

Previous Post: « Q&A with Mariama J. Lockington: FOR BLACK GIRLS LIKE ME
Next Post: Where Are All the People of Color on Young Adult Book Covers? »