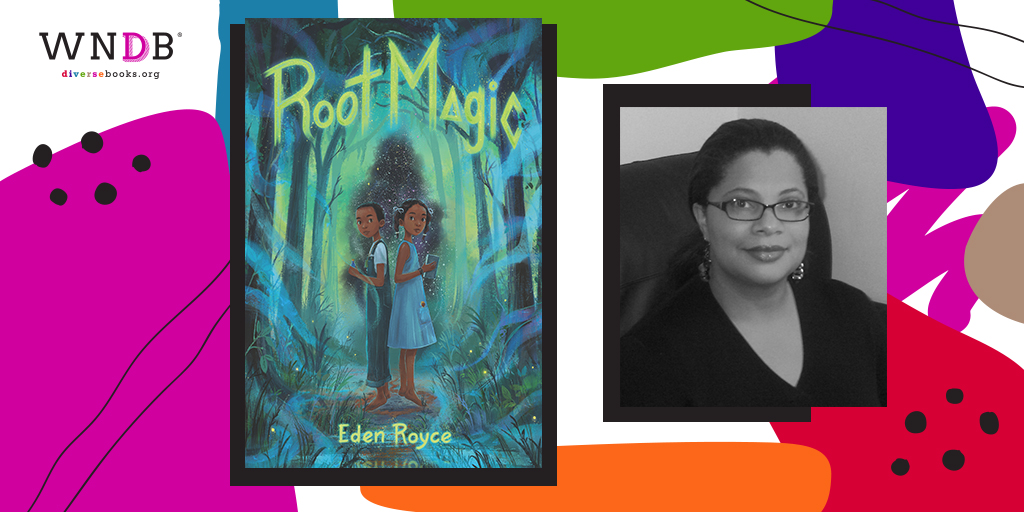 This is part of a blog tour for Root Magic by Eden Royce. Check out the educators’ guide here.

I’m sure you’ve seen them. Read them.

The movies and books where a sinister individual uses an unnamed juju magic to curse an unsuspecting and totally innocent protagonist. Then that unschooled protagonist finds a way to remove the curse, defeat the evil villain who created it, and goes on to lead a happy and fulfilled life.

Whew! Glad that’s over, they think. I defeated that thing I didn’t even understand in the first place! Too often, writers thoughtlessly malign juju magics by portraying them as an evil that must be destroyed.

My great aunt was a practitioner of rootwork. She scraped against six feet tall and her frame filled most of a doorway. She drove a late model Cadillac and always told the best stories, punctuated by her table-slapping laugh. The ones I remember were hilarious—from people asking to win big in the local number-running racket to people that wanted a boss who was less difficult. People came to her for medicines when they couldn’t afford doctors. They wanted her to help improve their lives, not to hurt other people.

Rootwork is a mélange of African, Native American, and yes, some European folk remedies and belief systems. The main reason for the European influence is that when people from West and Western Central Africa were enslaved and brought to the Americas via the Transatlantic Slave Trade, they were not allowed to practice their religious and spiritual beliefs with any freedom. They also weren’t given medications. In order to survive, they had to adopt more clandestine methods of practicing spiritual beliefs and healing themselves and their loved ones. In many cases, the plants and animals my ancestors were used to did not exist in this new country and substitutions had to be made. Many of my ancestors learned about local flora and fauna from Native tribes. As such, rootwork began to evolve and change.

Between 1910 and 1970, it is estimated that over six million Black people moved from rural Southern U.S. states to urban cities in the West, Midwest, and Northeast in what is now called the Great Migration in search of jobs and to escape persecution. Because of this movement, rootwork lives wherever Black people are, but it is practiced by many ethnicities. However, many rootworkers refuse to share their craft with potential students who wish to exclude the African and African-American heritage of this practice from their studies. 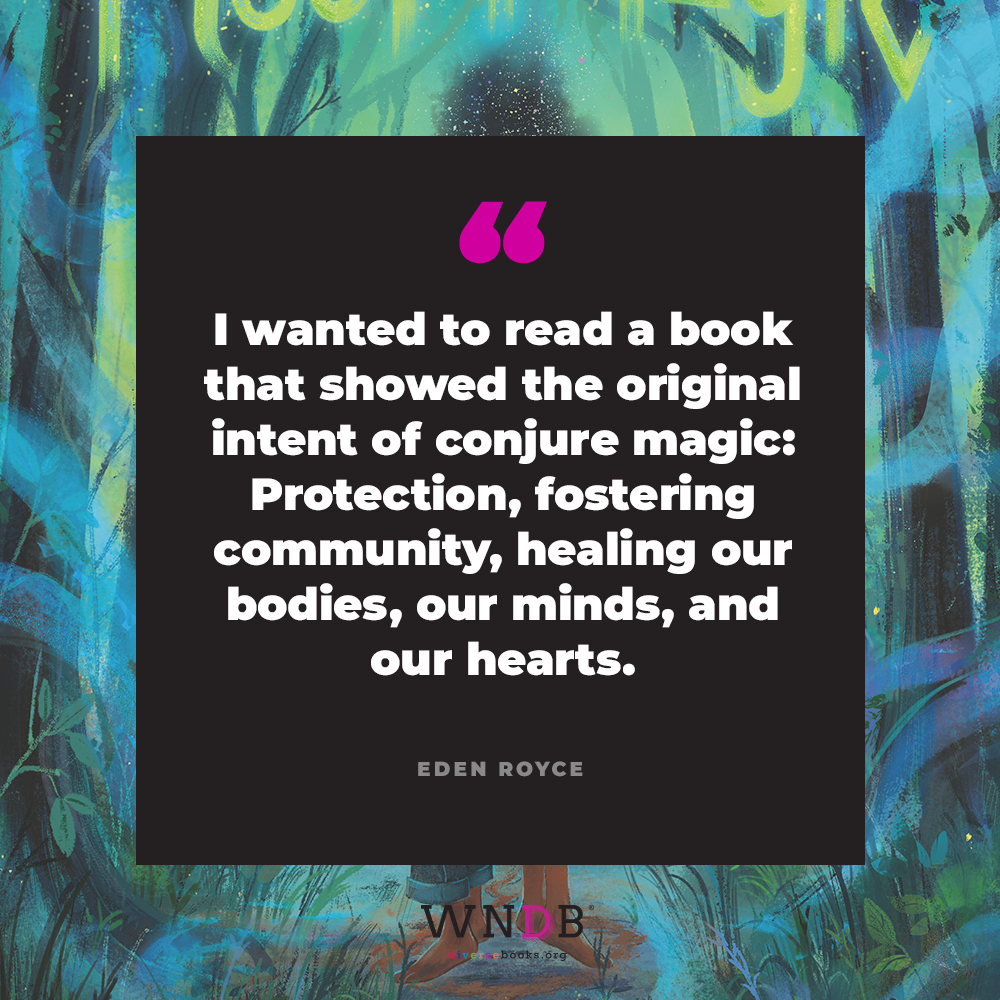 The original purpose of rootwork was to make life better for the practitioner and those around them, the earliest examples of which included healing medicine and ways to protect against those with harmful intent. As time went on, additional spells—luring love, luck, and financial success—increased in popularity. Even now, new formulations are coming to light, made by creative crafters. Rootwork is alive, constantly growing and developing as a magic, depending on the needs of those practitioners and the availability of ingredients.

Despite what you may have seen or read before, rootworkers aren’t evil beings bent on destroying the world. They are people who hold jobs, pay taxes, raise families, and are (hopefully) compensated for their talents. Maybe juju can be cool and/or creepy to someone unfamiliar with it, but what about those people like me where it’s the norm? Seeing it used as shorthand for evil is harmful. ATRs and traditional African-rooted healing methods don’t deserve that label. The books and movies that portray them as such are usually written by uninformed people who stereotype those who practice conjure. These writers are on the outside looking in, making judgments about the “strange and odd” things they’ve seen in other films or briefly and cursorily read about.

I wanted to read a book that showed the original intent of conjure magic: Protection, fostering community, healing our bodies, our minds, and our hearts. I remembered what the late bestselling author Toni Morrison said, “If there’s a book that you want to read, but it hasn’t been written yet, then you must be the one to write it.”

Root Magic is the result. I wrote a book that shows rootwork in the way I know it: As a positive, strengthening, healing practice that for centuries has been helping my people make a way when there was none.

Root Magic by Eden Royce is out now. Order it here! 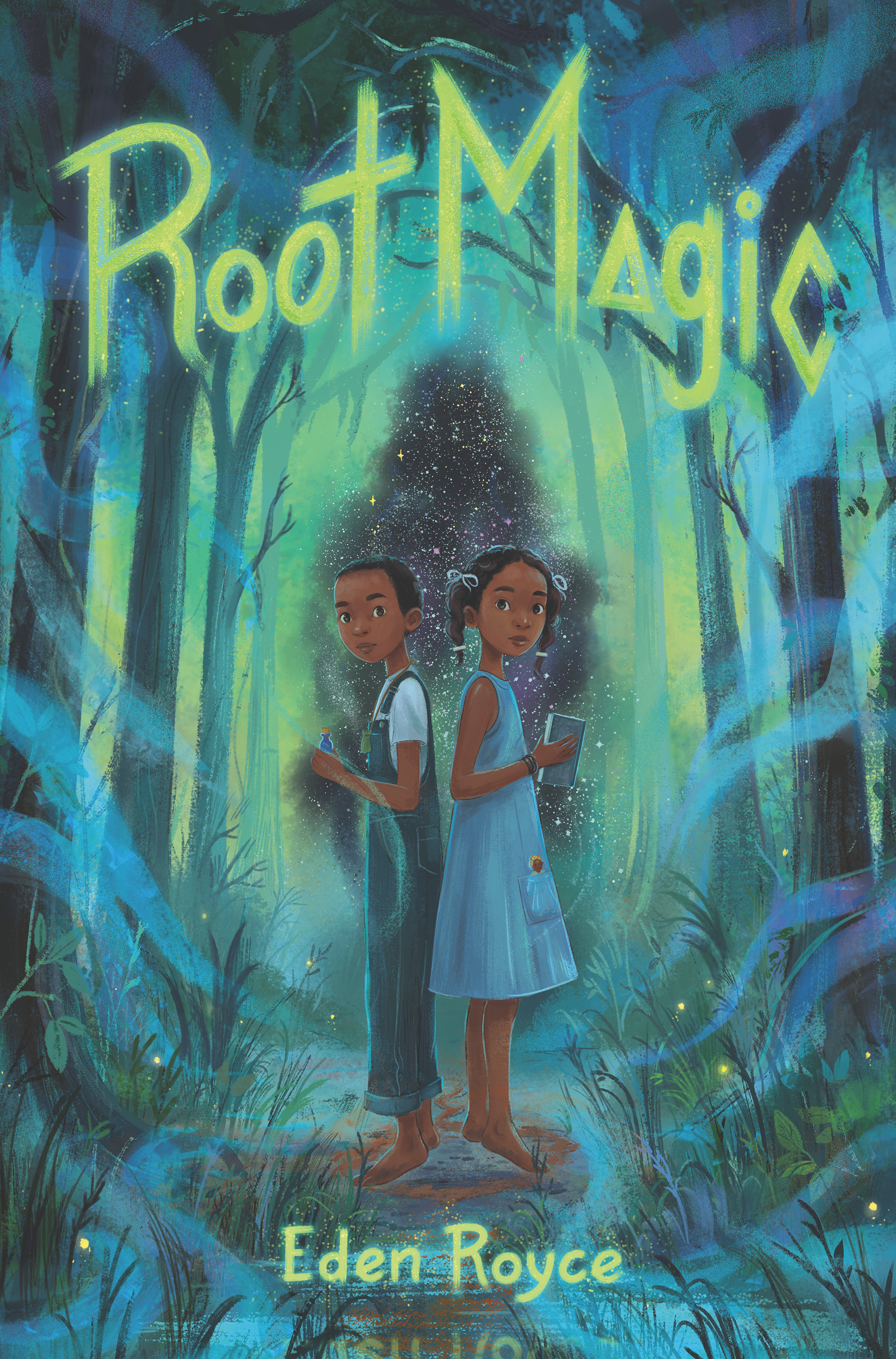 It’s 1963, and things are changing for Jezebel Turner. Her beloved grandmother has just passed away. The local police deputy won’t stop harassing her family. With school integration arriving in South Carolina, Jez and her twin brother, Jay, are about to begin the school year with a bunch of new kids. But the biggest change comes when Jez and Jay turn eleven—and their uncle, Doc, tells them he’s going to train them in rootwork.

Jez and Jay have always been fascinated by the African American folk magic that has been the legacy of their family for generations—especially the curious potions and powders Doc and Gran would make for the people on their island. But Jez soon finds out that her family’s true power goes far beyond small charms and elixirs…and not a moment too soon. Because when evil both natural and supernatural comes to show itself in town, it’s going to take every bit of the magic she has inside her to see her through.

Follow along on the rest of the Root Magic by Eden Royce blog tour: 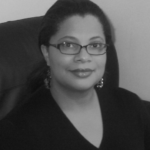 Eden Royce grew up immersed in rootworking traditions in South Carolina, and has been known to work a spell or two herself. She is a member of the Gullah-Geechee nation, and her fiction has appeared in PodCastle, FIYAH Literary Magazine of Black Speculative Fiction, and Sycorax’s Daughters, a Bram Stoker Award-nominated anthology of Black women’s horror fiction and poetry. She is also the recipient of the Speculative Literature Foundation’s Diverse Worlds grant for “Doc Buzzard’s Coffin,” the short story in which the character of Jezebel from Root Magic first appeared. She now makes her home in Kent, England.

Previous Post: « Meet Ida Rowland, Harlem Renaissance Poet and Children’s Book Publisher
Next Post: I Wrote a Dark-Skinned Black Girl Like Me Into a Musical Theater Story »
We're thrilled to reveal the cover for TOKYO NIGHT