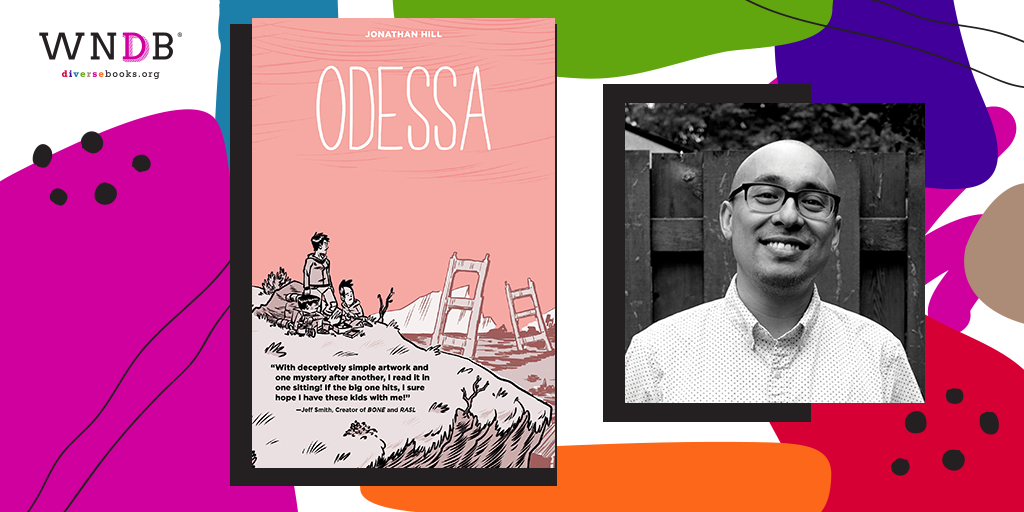 It’s beating a dead horse at this point to talk about how as both a person of color and a child of the 80s and the 90s, I didn’t see many characters that looked like me in any of the media I consumed. I don’t need to give examples about how almost any Asian character in movies or television shows was either an embarrassing stereotype, a sidekick, or a background character used to propel the plot of the main character. (Bonus racist points if it was a white person portraying a racist stereotype of an Asian person.) Any movie I watched that had anything to do with Vietnam was about the war and always from the American perspective. The Vietnamese people would forever be the backdrop to that period of American history, never a people of their own agency.

But wait: I’m writing about television and movie shows for We Need Diverse Books. That’s because I don’t ever remember in my youth reading a book with an Asian American character in it.

But back to the point: Yes! Representation matters! As a kid who never got to see himself in any of the media he took in, of course, I’m going to take the chance to fix that in whatever way I can. That means that in my first book that is completely mine, I’m going to model the main characters after my experience. I purposely didn’t want their heritage to be part of the story. I wanted them to be able to just exist in the world, just like I do and like so many people do. My hope is that a kid who is Vietnamese-American with a white-sounding name is going to be able to pick up my book and see themselves and know that they can be the hero of the story, too.

But it doesn’t seem like everyone can understand that.

A few months ago, against my better judgment, when I knew galleys of Odessa had gone out, I read some reviews on Goodreads. I also had some people tag me in their reviews of the book on social media. I am generally a good sport, and I know that not everyone is going to like your book. I can take criticism. Even if it is mostly things like: I hate the color pink! One star. Something that surprised me to read in more than one review people commented that they liked that there was representation, but wished the Vietnamese heritage of the characters would have been touched on more or a bigger part of the story.

This was rather upsetting. This sentiment was often by white reviewers and I don’t think they realized how harmful their expectation of identity can be. It’s saying ‘We want diversity!’ with the meaning only in very specific ways. It means that I can’t be a Vietnamese-American without my story being tied to the Vietnam War or immigration. It means that an African-American kid can’t have a story without it being tied to the adversity of growing up on the other side of town. It means that a queer kid can’t have a story without it being tied to some tragic loss at the hands of bigotry. Representation with strings attached just lessens us as people and wedges us into specific narratives, which is against the whole point of diversity in media.

It’s not that those stories can’t and don’t exist. But would someone ask the same of the white characters? Do people ask: Why isn’t their Irish-German heritage more central to the plot or a bigger part of the story? Does every story with a white character have to be ‘inspirational’ and feature their survival against adversity?

Why can’t stories about people of color be the same?

Odessa by Jonathan Hill is on sale now. Order it here! 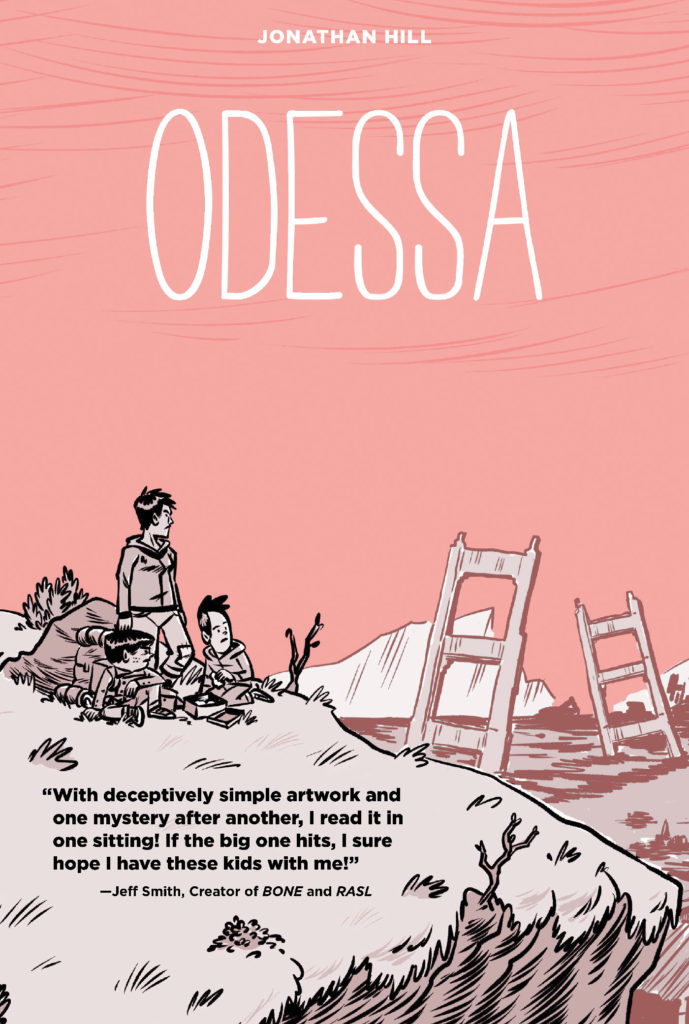 Eight years ago an earthquake—the Big One—hit along the Cascadia fault line, toppling cities and changing landscapes all up and down the west coast of the United States. Life as we know it changed forever. But for Vietnamese-American Virginia Crane, life changed shortly after the earthquake, when her mother left and never came back.

Ginny has gotten used to a life without her mother, helping her father take care of her two younger brothers, Wes and Harry. But when a mysterious package arrives for her eighteenth birthday, her life is shaken up yet again. For the first time, Ginny wants something more than to survive. And it might be a selfish desire, but she’s determined to find out what happened to her mother—even if it means leaving her family behind. 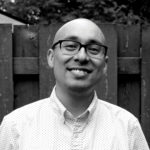 Jonathan Hill is an award-winning cartoonist who lives in Portland, OR. His comics and illustrations have been featured in publications by Fantagraphics, Lion Forge, tor.com, Powell’s City of Books, The Believer Magazine, and the Society of Illustrators. His first two books, Americus and Wild Weather, were created with writer MK Reed and published by First Second Books. Jonathan also teaches comics at the Pacific Northwest College of Art and serves on the board of directors at Literary Arts. Odessa is the first book he has written and drawn himself.

Previous Post: « Q&A With Tanita S. Davis, Serena Says
Next Post: Literature Is a Bridge for Dreams »
We're thrilled to reveal the cover for TOKYO NIGHT