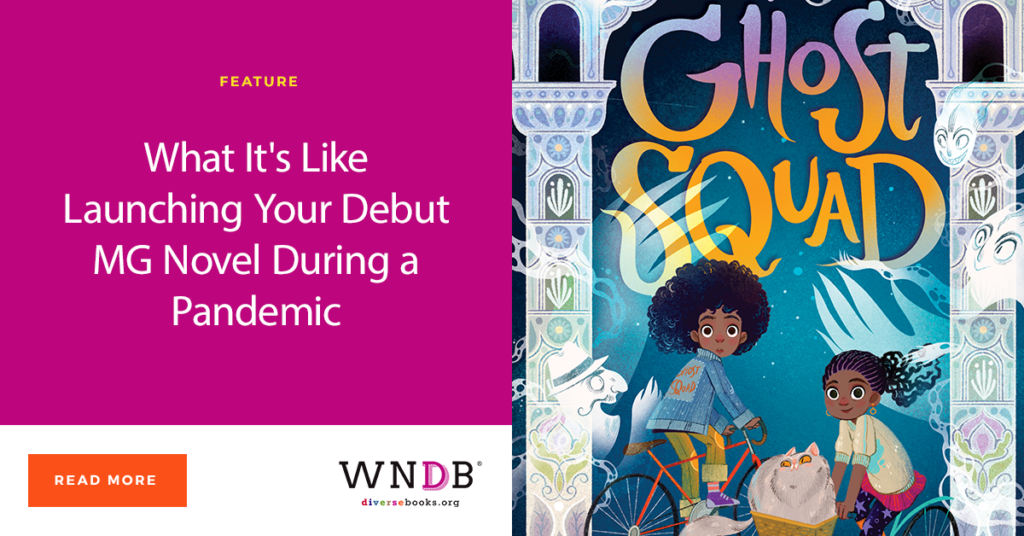 Claribel A. Ortega, the debut middle-grade author of Ghost Squad, said her parents used to make up stories to tell her at bedtime.

“My dad’s was a take on the Lone Ranger and he did sound effects to go with everything,” she told We Need Diverse Books. “These were all in Spanish as well. It was really fun and I think that was my introduction to storytelling.”

That said, she didn’t always have the intention of pursuing a career as a published writer. After not getting into the creative writing program at her school, Ortega went into journalism instead; even if she didn’t think she could write creatively, she still knew she wanted to tell stories. 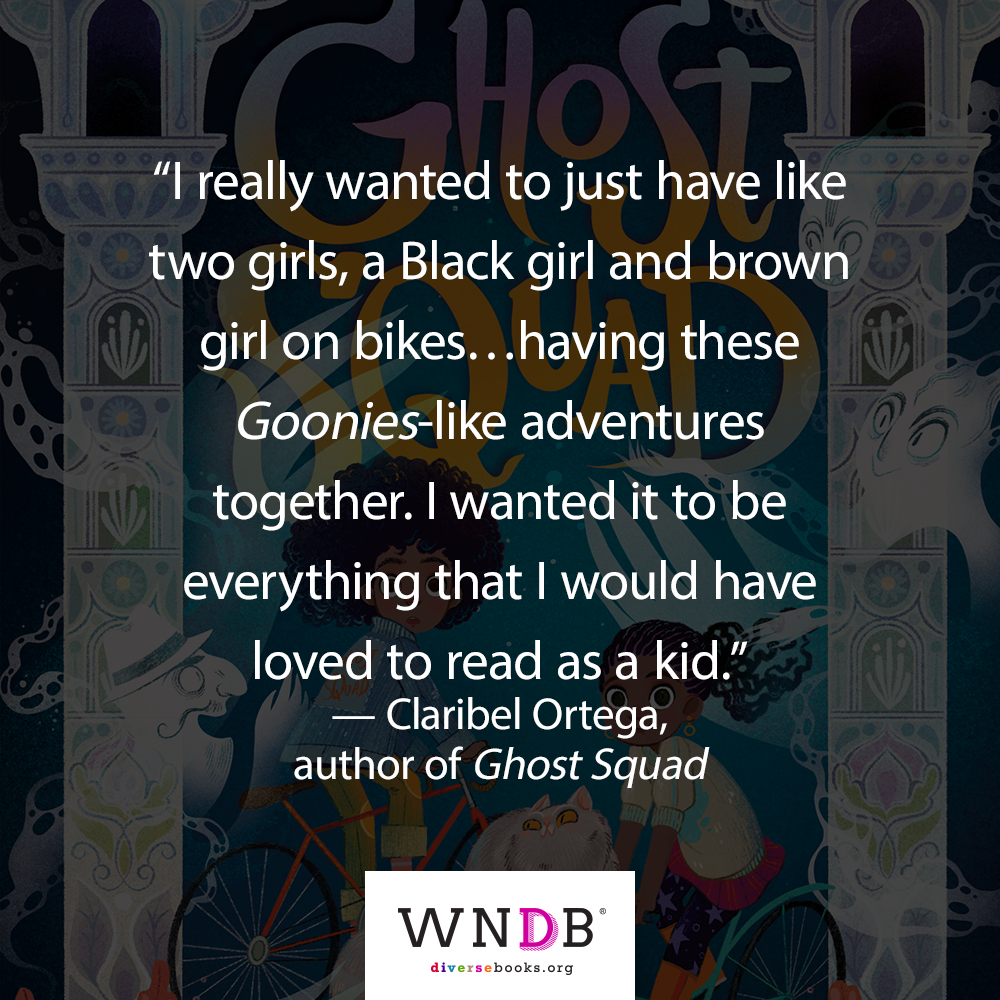 “My brother had always pushed me to write, and he passed away in 2012—it’s one of those things that is so terrible, but because up until the end was still pushing me and talking to me about writing. I sort of felt like, you know, he always wanted to do something really creative with his life, and he always pushed me to do it, so I’m gonna give it a shot for him. I didn’t really do anything about it until I got the idea for a scene when I was commuting to work one day…and that scene became my very first book.”

Surprising to Ortega is the fact that her debut will be a middle-grade novel, not a young adult one as she’d always envisioned herself publishing. It was Ghost Squad, the story of twelve-year-old Lucely Luna and her best friend Syd trying to save Lucely’s family and their town from dark spirits, which opened her up to writing middle grade in the first place.

“I’ve always loved to read middle grade but my voice sort of just lent itself to middle grade a lot more naturally, it comes to me in an easier way,” she explained. “I guess part of me is still a middle-grade kid—my humor very much is.”

Ghost Squad was inspired in large part by Ortega’s brother as well as their Dominican heritage, she said.

In the book, Lucely’s house is home not just to the living members of her family, but also to the spirits of everyone who has died. They live on as fireflies, and Ortega said writing that into the book was a way to preserve the folklore and the stories of her culture.

Even more, she recounts how she and her brother used to catch fireflies in jars and release them.

Finally, Ghost Squad is an adventurous book in the style of Goonies and Goosebumps, but with a Black and brown girl as the characters having adventures.

“I never really saw kids from where I was from who looked like me taking part in adventures and I really wanted to just have like two girls, a Black girl and brown girl on bikes…having these Goonies-like adventures together,” she said. “I wanted it to be everything that I would have loved to read as a kid.”

One of the best parts of writing the book, for Ortega, was writing Babette, Syd (Lucely’s best friend)’s witch grandmother.

“I love older people so much and I just love to be able to make them part of a story and an adventure and let them also know, you can be part of things, too, you’re not dispensable once you’re older,” she said.

Ortega’s book is being published on April 7, which, of course, puts its release date right in the midst of the coronavirus pandemic that has shut down much of the country and the world at large. As a result, most if not all of her events have been canceled or moved online, and as bookstores are closed, Ortega said she had the sobering realization recently that she won’t be able to see her book in print in a store on its publication day.

“Debuting is already a stressful time and can be hard and nerve-wracking, but adding all of this to it has been a huge challenge,” she said. “I’m really grateful because I’ve had a lot of support not just from the online communities but from my publisher, they’ve been doing so much on the virtual plane that’s been really cool and innovative.”

But her inspiration inspired the advice she gave out for fellow writers: “learn to be flexible.

“There’s gonna be things thrown at you that you will never expect in terms of how your career is gonna unfold,” she added “Even things that go right could be something you didn’t anticipate and it could still be hard to deal with. Being able to be flexible is the key to longevity, so much is out of your hands.”

In addition to Ghost Squad, Ortega has a few other upcoming projects, including Rizos, a graphic novel, and a middle-grade anthology. Other books she recommends are Magic for Liars by Sarah Gailey (“It’s fantastic,” she said); The Iron Will of Genie Lo, by F.C. Yee, and Spinning Silver by Naomi Novik.

All the links for buying Ghost Squad are available at buyghostsquad.com and Ortega can be found on Twitter and Instagram.

Previous Post: « It’s Time for Children’s Literature to Talk About Taiwan
Next Post: Stop Calling Popular Tropes in YA Novels ‘Overused’ »
Applications are open for Literary Agents of Chang