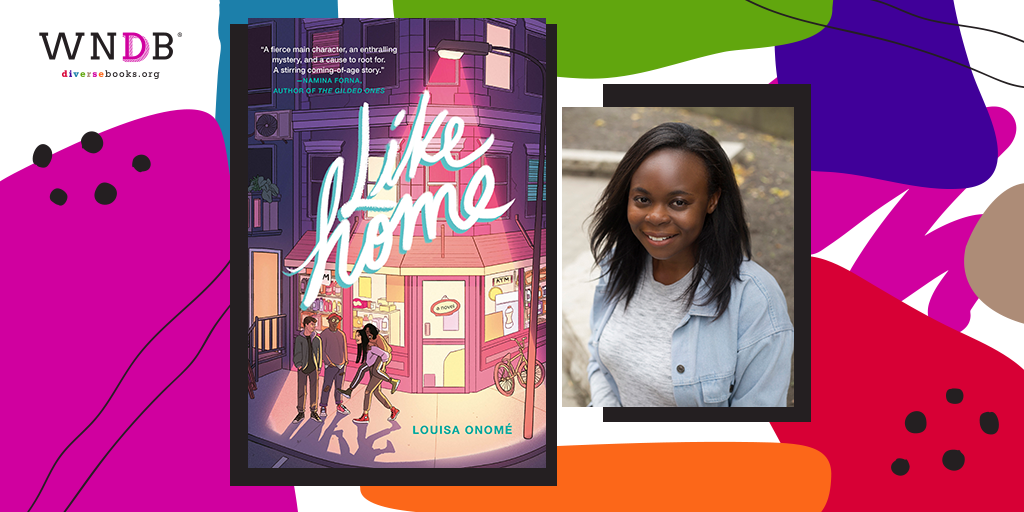 Like Home by Louisa Onomé is out now. Order it here!

I never intentionally set out to write a story about change.

When I started drafting my contemporary debut Like Home, I thought I was writing a story about friendship, love, and above all, community. I haven’t always been interested in the ways that communities form. After a certain age, after leaving a community I loved, I didn’t think I would ever really fit into one again. I was too different, too changed by the place I had grown up, and for a while, I felt that was a bad thing. But as I’ve come to learn, we are reflections of the places we’ve lived, the history that has shaped a community.

This is where Naruto and its sequel, Naruto Shippuden, come in.

I was introduced to Naruto in high school, although I didn’t make it through the entire series until a few years ago. There was so much that immediately pulled me in: The soundtrack, the animation, the foolish determination of its protagonists. And the world-building. I know I’ve fallen for something when I want to know more about what it’s like to live there. This is what draws me into a good contemporary story too. I want to know what people do for fun or where they hang out. I want to know about the history.

I finally got my answer in episode 368 of Naruto Shippuden, where the viewer gets the backstory on the origin of the protagonists’ home, Konohagakure, the Hidden Leaf Village in the Land of Fire. I was overcome with a strange sense of giddiness as I watched in the dark of my room at one a.m.

“Finally,” I said to myself. “Finally, we have history.”

Only in my adult years did I begin to understand why history was important. Like the fictional Konoha, places don’t just come into being. Often, people fight to carve borders, maintain culture, or create systems that support the people who have chosen to stay. In many, many instances, these histories are cruel and ugly and displace the people who originally lived there.

In episode 368, the viewer learns that prior to the current period, different ninja clans and factions were always at war with one another. The prevalence of child soldiers meant that generations of kids were growing up only knowing the terror of war. This is the stage that’s set when Madara Uchiha of the Uchiha clan met Hashirama Senju, a member of the Senju clan. Without knowing who the other was, they became friends and realized they shared the same dream for the ninja world: The establishment of a new community where kids could be kids and ninjas weren’t fighting. This is how Konoha was born.

When I was younger, maybe around the same age as Chinelo, my book’s protagonist, I never thought much about the world and where things came from. In school, we learned about horrible things that happened in history. Like Konoha’s past, it seemed as though history was just a collection of horrible things happening in succession by people who went unchecked for too long.

I grew up in a city called Mississauga, in a homely, primarily immigrant neighborhood. Almost everyone was newly from somewhere else, which made for an enriching childhood. My neighborhood was both like and unlike Ginger East in Like Home. Everyone had another language they spoke at home and with friends. We were bilingual kids, navigating and translating through every level of communication. So many parents pinned their dreams on my friends and me, the first generation to be born abroad. 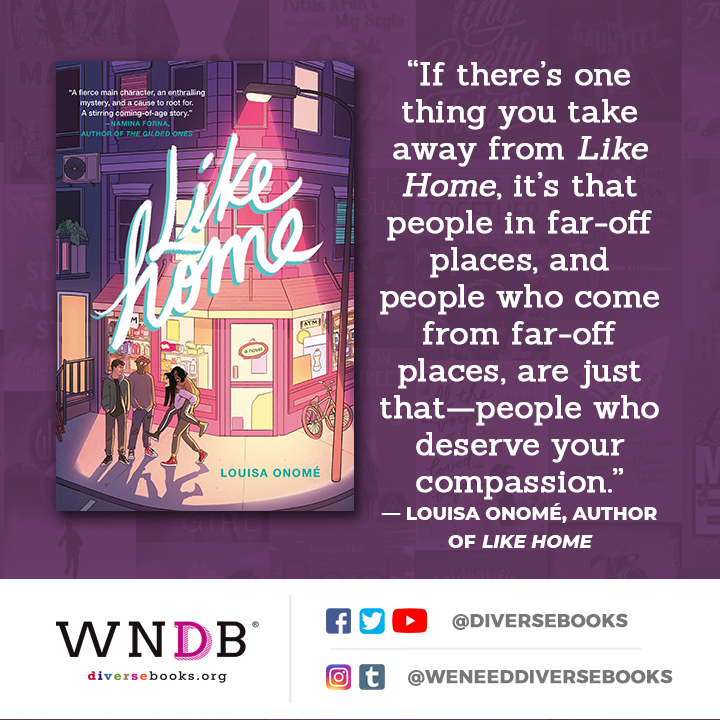 As a kid, I knew things didn’t just come into being, but world events never inspired me to want to know what came before. In fact, the only things I really cared about were micro, not macro. What to do for fun, where to hang out without parents, and so on.

But I think it’s like that for most people, right? To some degree, we are influenced by our community, our environment. When Hashirama and Madara dreamt of a change, it was directly related to what they saw in their everyday life. Something happening in a far-off place might not hit home as hard as something happening next door. And I don’t think it’s a bad thing as long as we still have compassion for those in so-called far-off places. Actually, if there’s one thing you take away from Like Home, it’s that people in far-off places, and people who come from far-off places, are just that—people who deserve your compassion.

When I think of my neighborhood now, it’s hard not to think of the people who existed before, their cultures and customs and faces. My family settled there like so many others, but as important as it is for us to collaborate within communities to bring about positive change, it’s equally important to look back. We need to think about the who and the what and the how that brought us here, the warring states before the age of Konoha (Konoha in Naruto, not Boruto, just so we’re clear).

It is hard to go forward if we don’t know where we’re coming from. This is why changes in a community will always be influenced by its history, and why history continues to be important. When we create spaces for new people in our communities, they too need to know where they are and whose land they’re standing on in order to understand what can be accomplished. It’s true of my hometown near Toronto. It’s true of Ginger East. I’m sure Konoha was no different. Honoring history means not shying away from the bad that happened, and acknowledging that in the future, we can be better to those still living.

Louisa Onomé holds a BA in professional writing from York University and lives in Toronto. Her debut novel is Like Home. To learn more about Louisa and her books visit louisaonome.com or follow @louisaonome_ on Twitter and @louisaonome on Instagram.

Previous Post: « Multicultural Idioms Are a Golden Opportunity for Language Learners
Next Post: Three Keys to Writing a Novel From a Boston Public Library Writer-in-Residence »
Save the date for the #WalterAwards23! You can now