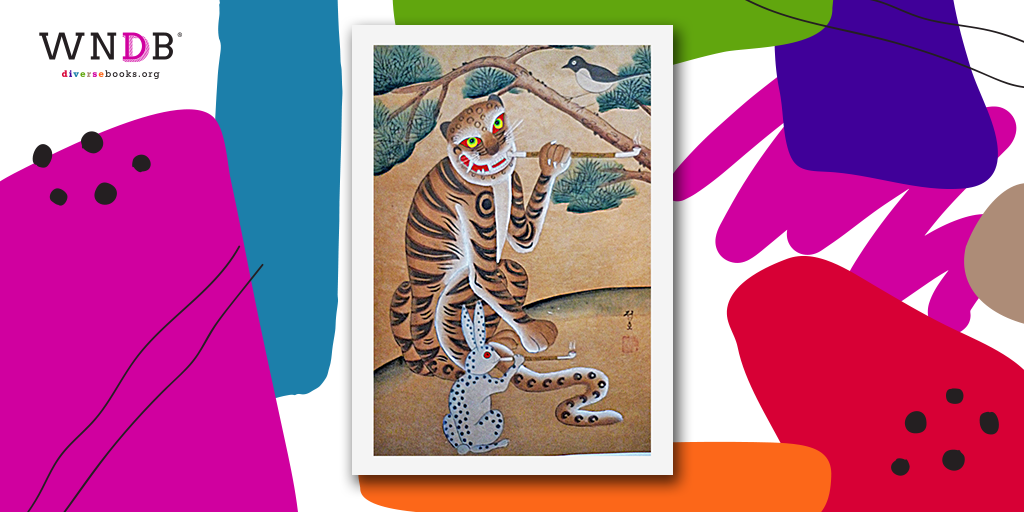 In the Korean folktale, “The Story Spirits,” a young boy keeps story spirits trapped in pouches for years. At the end of the story, he cuts open the pouches and sets them free to be enjoyed by all who hear them.

This story echoes my experience with traditional Korean stories. I didn’t hear the folklore of my birth country until I was in my thirties and actively seeking to understand a culture that felt both mine and not as an adoptee raised by white parents in the United States. Like learning to swim or picking up a second language, Korean culture seemed to be best absorbed when starting at a young age. My western lens colored everything I learned. It rendered Korean words clunky as they tumbled from my tongue, chopsticks clumsy between my fingers. But as I began to research Korean fairy tales for a writing project, I found myself in familiar territory. With more than a decade of studying and teaching creative writing and literature under my belt, I felt more comfortable in the world of Korean stories than any other area of Korean culture.

“My birth country’s stories would have showed me a non-western worldview,” said Alice Stephens, a Korean American adoptee and the author of the novel Famous Adopted People. “Fairy tales and children’s stories are archetypal, and by not being exposed to Korean or Asian stories, I was conditioned to look at the world from a western lens, one that unrelentingly emphasizes the self, rather than the Korean view of a person as a part of a greater whole.”

Korean folklore and children’s stories also place an emphasis on filial piety. The children of these stories are self-sacrificing and loyal to their parents. For example, in the story, “Princess Pari and the Cast-Off Daughter,” Pari is thrown into the ocean as a baby by her father, the King, who is disappointed to have a seventh daughter. Pari survives and, when her father falls ill, embarks on a perilous journey where she marries a celestial being in order to bring back the medicine that will save her father. Upon her return with his cure, the King forgives his daughter for marrying without his consent.

Angela Mi Young Hur, Korean American author of the forthcoming novel Folklorn resisted the overt lessons in the Korean stories her mother told her as a child.

“The Korean stories didn’t directly shape who I am, as my mom intended, but they helped form my identity because I questioned and resisted their characterization of gender roles and duties, leading me to ultimately reinterpret the stories in my fiction through my own Americanized, contemporary feminist lens,” she said.

Regardless of whether I would have embraced or resisted the stories’ lessons, they remain a window into a world in which I feel I am constantly seeking to claim my place. I could read all the texts in the world on Korean customs and food, but a story where a daughter serves dinner to her family puts those cultural elements into a context that I wouldn’t otherwise understand. The significance of repeated imagery like tigers and foxes and the beauty of the origin stories, like that of the sun and the moon, have added richness to my understanding of Korea. These stories have brought to life a culture that, in the mostly-white bubble I grew up in, was often seen as “other,” “exotic,” or even inferior.

Koreans found a similar purpose in storytelling after the Japanese occupation of Korea between 1910 and 1945. During the occupation, Korean language, culture, and even names were replaced with those of the Japanese. After the occupation, the Korean government sought to re-educate Korean children and instill national and cultural pride through children’s literature. 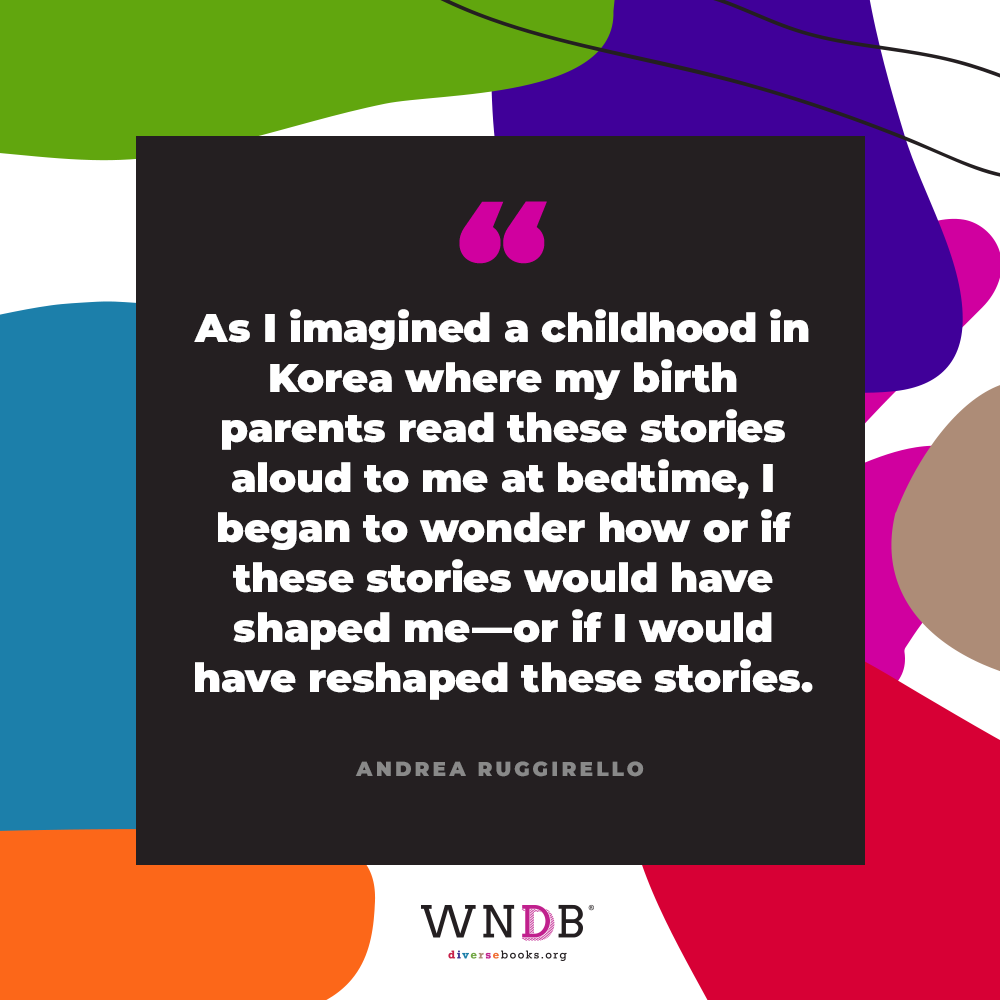 Hur saw this influence the stories her mother, a Korean immigrant, told her. She recalls one story about a military maneuver that trapped and drowned invading Japanese soldiers.

“These weren’t bedtime stories to lull me with faraway, magical tales,” Hur said. “Instead, she was passing on a maternal—even national—agenda of pride and cultural heritage, which she deemed necessary to a child of the diaspora.” Today, Hur tells modified versions of these same stories to her own children, who are mixed-race immigrants in Sweden, for the same reason.

Author Alexander Chee described similar experiences in his August New York Times Magazine essay, “My Family’s Shrouded History Is Also a National One for Korea.” He wrote about a visit to his grandfather in Seoul where he received a carved wooden model of a sixteenth-century dragon-headed ship. Chee’s grandfather, who lived through the occupation, told him and his brother a story about how the Korean admiral Yi Sun-shin had used the ship to defeat the Japanese army. Chee described how his grandfather still dreamed in Japanese, his first language as a boy growing up in occupied Korea, and recognized his grandfather’s efforts to instill national and cultural pride in him and his brother through stories.

In learning of this storytelling strategy by the Korean government to rebuild their country post-occupation and beyond, I found my efforts to learn about Korean culture through folklore and stories were validated.

Melissa Guida-Richards, a Colombian American transracial adoptee and author of the forthcoming book, What White Parents Should Know About Transracial Adoption, agreed that stories are an important entry point to a culture.

“Most of the time, I feel a little lost as to what being Colombian means,” she said, “and without stories that celebrate the traditions and beauty of my birth country, I lacked a starting point of basic knowledge and representation that could have helped me develop a more confident Latinx identity.”

Storytelling can provide insight into the teller. As with many oral traditions, the speaker often puts their own world views and personality onto the tale. Heinz Insu Fenki, an author, translator and folklorist, grew up hearing traditional Korean stories as told by his uncles. In his book, Korean Folktales: In the old, old days when tigers smoked tobacco pipes, Fenki said that one uncle would “weave complex family histories and add arcane details” while another uncle “tended to change positive endings into terrible tragedies.” I wonder how my birth parents and other family members might have spun traditional tales and what that might have illustrated about who they are and how they see the world.

In the end, the image in my mind of my birth parents telling me the bedtime stories of my culture is an imagined and idealized one. It is my own folklore—part the Korean childhood I could have lived, one that doesn’t exist. But the story of my connection to Korean culture is one that is still unfolding, one that I have a hand in shaping. I am grateful to translators and folklorists like Fenkl who provide me access to these stories. And I’m eager to add more of them, along with more contemporary Korean and Korean American literature, into the vault of stories that shape who I am as a Korean American storyteller.

Andrea Ruggirello’s stories, essays, and poetry appear or are forthcoming in Gay Magazine, Zora, Hobart, The Baltimore Review, McSweeney’s Internet Tendency, Electric Literature, Catapult, Third Coast, and elsewhere. She has an MFA in fiction from West Virginia University, and her novel manuscript was a semi-finalist for the James Jones First Novel Fellowship. Andrea was born in Korea, adopted as a baby, and raised on Staten Island, NY. She lives in Washington, D.C.

Previous Post: « Chloe Gong Wrote a Romeo and Juliet Retelling Set in 1920s Shanghai
Next Post: How To Start a Social Justice Book Club for Educators, Librarians, or Parents »
Applications are open for Literary Agents of Chang