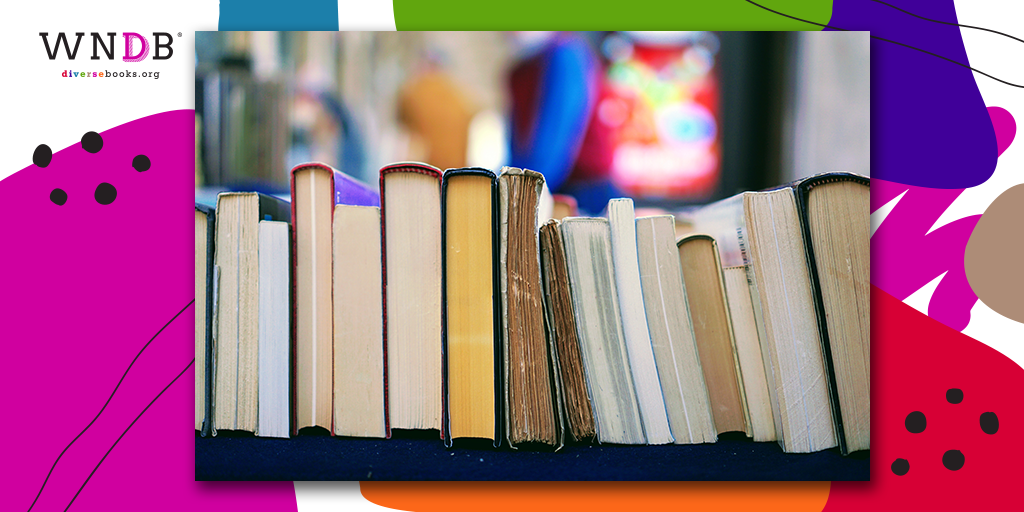 Growing up, I never saw myself in the books that I read. But as an Arab American, I was okay with that. That’s because, from a very young age, I was painfully aware that in the news and in movies, my people were the enemy. Arabs were sword-wielding, bomb-making terrorists. Or misogynists who kidnapped their children from their loving white US mothers and whisked them to far-off lands beyond the reach of the law. At least, if I wasn’t on the pages I was reading, I wouldn’t have to defend myself.

Now, as a mother, I know that my children deserve more. When my daughter was born, I looked for books with Arab and Muslim characters. When she was in the first grade, I ran a book fair for her school. At the time, the only book with a Muslim character was about Malala Yousafzai—a brave girl who was shot for merely trying to go to school. It’s an important story, but not one I wanted her to know. Not yet. To her, Muslims and Arabs were her cousins and parents and grandparents and friends. They were good people. Somehow, we had managed to shelter her from the images and messages I had grown up with. Maybe Arabs and Muslims could even be the ‘good guys’ in her little world?

Over the next few years, I celebrated as new books by Muslim authors were released. My son learned to read on the Meet Yasmin! series by Saadia Faruqi. My daughter fell in love with Amina’s Voice by Hena Khan. She wants to be a pop star, and although the main character is South Asian, she could still identify with Amina as a singer and a Muslim American. They were finally seeing their Muslim identity in books and I couldn’t have been happier.

Still, where were the books by Arab writers? I could only find a handful. Surely, I was missing something.

Last month, for the first time, the Cooperative Children’s Book Center from the School of Education at the University of Wisconsin-Madison included Arab as a category in their statistics on diversity in children’s literature. The numbers are not good.

Arab authors made up 0.54 percent of the books published in 2020. There were a total of 17 books in 2020 with an author who identified as Arab or of Arab heritage. Some of those authors were contributors to larger compilations. Of the 17 books, only eight had an Arab as the main character. Over the last three years, the Cooperative Children’s Book Center found a total of 92 books with an Arab character. The vast majority were secondary or tertiary characters. And the majority of those books were written by non-Arab authors.

As I went through the books, I realized that even 92 felt misleading. Included were nonfiction books about Osama Bin Laden and ISIS, two Disney books about Aladdin, and books about magic spells and ancient Egyptian gods. In addition, many of the authors writing about Arabs were actually South Asian, Iranian, or Afghan. How could there be only eight Arab authors in an entire year?

The problem is that, for decades, Arab Americans have not been counted. On the US Census and on applications, we are asked to check the boxes for White or Caucasian, even when, for many of us, our dark features belie the choice. Arab groups have been lobbying the Census Bureau to include MENA (Middle East, North Africa) as a group for decades. In 2018, the Census Bureau considered the request but ultimately chose not to.

When we are asked to choose White/Caucasian as our racial group, we are effectively told that to be American we must blend in or disappear. Like Latinx communities, we have a wide range of racial identities.

The fact that we hail from countries that are politically at odds with the United States further places Arabs in a precarious position. For decades, we have been treated like the enemy within. Post 9-11, we were labeled the “Axis of Evil” and young men from 18 Arab countries were asked to register in George W. Bush’s Muslim registry (NSEERS). Under Barack Obama’s administration, Muslims and Arabs faced internal surveillance through the Countering Violent Extremism (CVE) initiative; and, six of the seven countries under Donald Trump’s “Muslim Ban” were Arab countries.

To survive, our own immigrant families begged us to keep our heads down, do well in school, and focus on our jobs. Unfortunately, hiding in plain sight was second nature to them. They came from countries where citizens are routinely tracked and monitored; where freedoms are limited and people keep political opinions to themselves.

So why are there so few Arab authors?

In non-democratic Arab countries, statistics are usually hard to come by. That’s not by mistake. Autocrats don’t want numbers. They don’t want opinion polls or statistical surveys that reflect the reality. Numbers shed light on inequalities and real issues that only undermine the authority of the dictator.

Here, we do not live in a dictatorship. Yet, when we are not counted, we are subconsciously told that we don’t belong and that we don’t deserve to be seen or heard. Not knowing the numbers leads to further confusion. Because we are not afforded our own category, we are often conflated with Muslims, or with other minority groups, such as South Asians or Iranians. We are all distinct groups. Arabs hail from 22 countries and may identify as Christian, Muslim (Sunni and Shi’a), Druze, Jews, Yazidis, Zorastrain, Baha’is, Alawites, among others. And we need our own categories so that we can start to understand the range of stories that our children need to read. 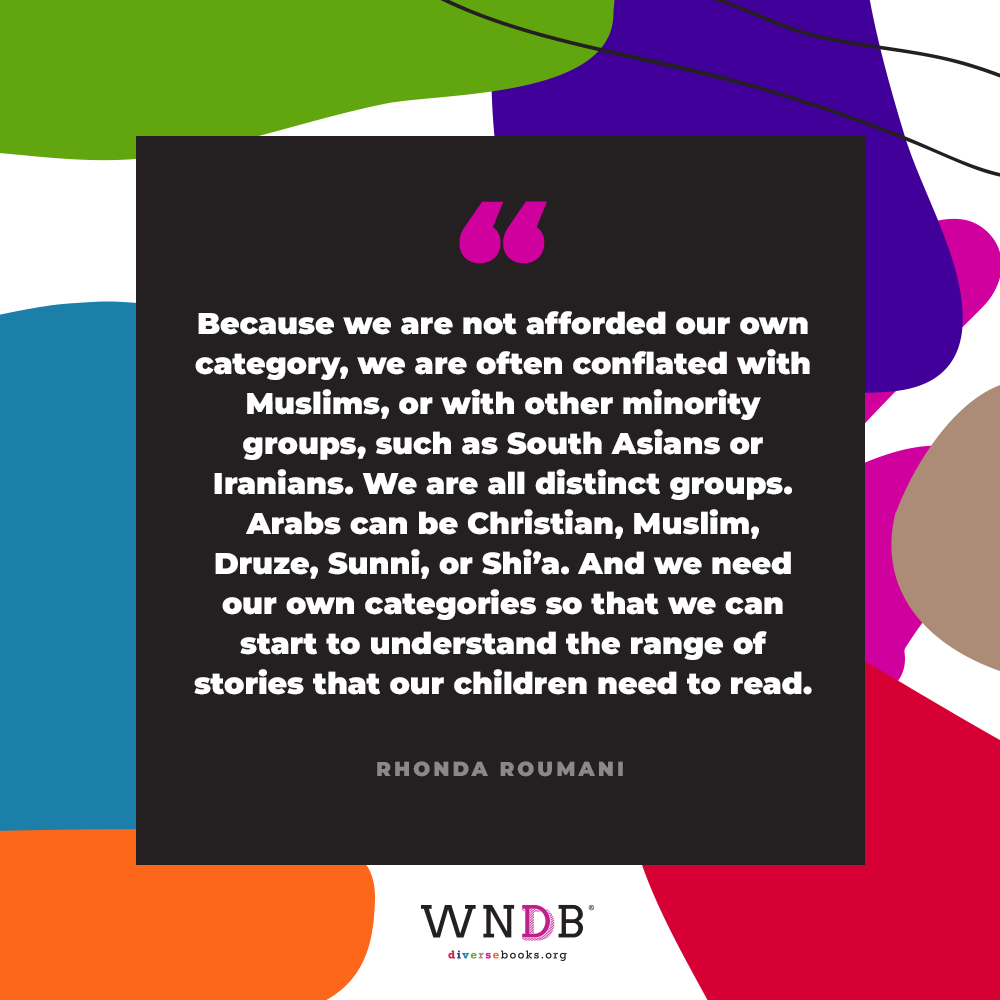 Oddly enough, these numbers compiled by the Cooperative Children’s Book Center give me hope. The numbers are not great, but they are a start. We are ready to be counted. We can no longer hide behind the false category of White/Caucasian.

Last year, I wrote a middle grade novel about a graffiti artist at the beginning of the Syrian revolution. I never thought I’d write fiction. But I was tired of not finding the books I wanted for my children. I’m tired of being told we don’t count. We are not White. We are also not the enemy. I’m tired of others telling our stories. My story was partly based on events I covered as a journalist based in Syria when the first inklings of unrest were emerging. I had never seen protests in Syria before. It was riveting and exciting. And a little scary. I want kids in this country to know why it all started. Before the bombs and the refugees, Syrians were dreaming of freedom. There was a moment of hope, a moment of excitement when change seemed possible. I want to reclaim our stories, our narratives, our voices. And I want my kids to know that their stories and their voices deserve to be heard.

Rhonda Roumani is a freelance journalist and contributing fellow with the USC Center for Religion and Civic Culture. She recently wrote a Middle Grade novel about a Syrian graffiti artist. She’s represented by Brent Taylor at Triada US.