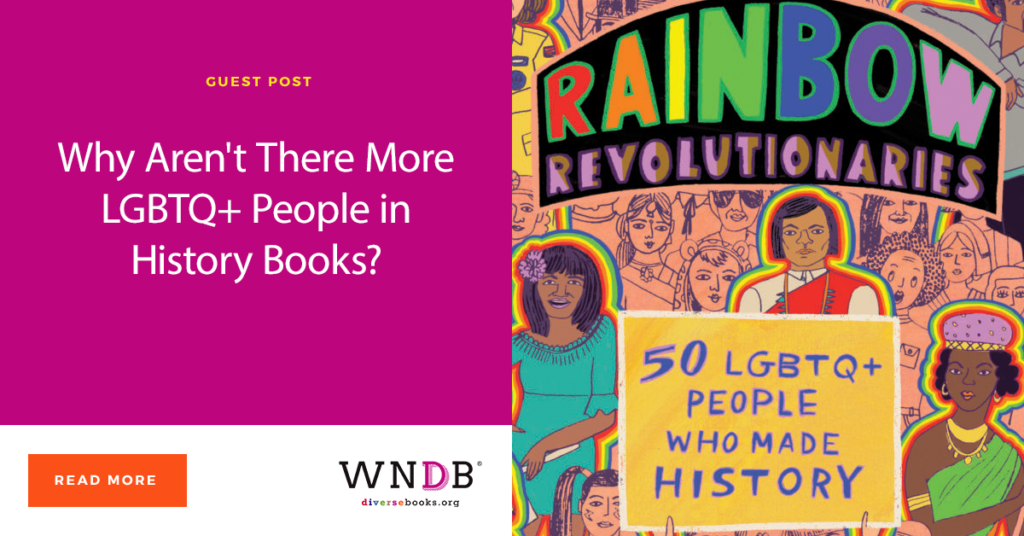 Happy LGBTQ+ History Month! I have loved LGBTQ+ history since I figured out as a preteen I was a part of that community. Getting to know my ancestors’ stories was a way I found my sense of self and community as a teen. They let me know I wasn’t alone and I wasn’t the first one to feel this way. And it helped me tell others that my identity wasn’t a fad and that my people had helped create this world.

What LGBTQ+ history gave me is why I’ve been working for the last six years to share it with others. I do that through my talks, my writing, my app (Quist), and my book (Queer, There, and Everywhere: 23 People Who Changed the World). Now I’m excited to add a second book to my list of love letters to LGBTQ+ history. Rainbow Revolutionaries: 50 LGBTQ+ People Who Made History is an illustrated middle-grade collection of biographies coming out from HarperCollins on May 26, 2020. 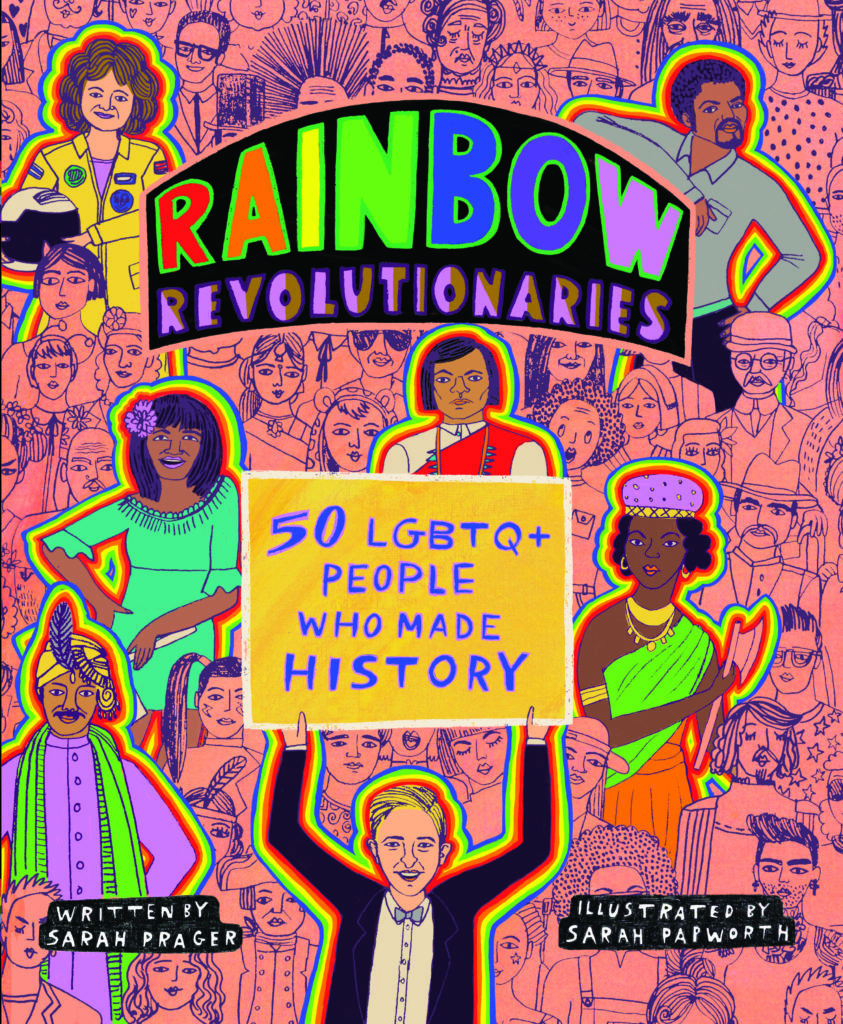 I could not be more excited to share these fifty stories with young readers. Spanning ten different centuries (going back to the 300s BC and ending up in present-day) and coming from 22 countries, the 50 profiled LGBTQ+ historical figures have accomplished incredible feats. Alan L. Hart was a trans doctor who pioneered the use of X-ray technology to detect TB so much earlier that he saved countless lives. Nzinga of Ndongo and Matamba was an Angolan queen who fought off the Portuguese invaders for years. Frieda Belinfante was a Dutch lesbian who forged identity documents for Jews during World War II and helped plan the detonation of a bomb in a records office so the Nazis couldn’t get the information on the Jews registered there.

Julie would present androgynously on stage and wore men’s and women’s clothes off-stage. Joining the Paris Opera in 1690, she made quite a name for herself as a talented performer. She loved both men and women a lot.

One time, Julie burned down the convent where her girlfriend was being kept to stage her escape. Another time, Julie was challenged to a duel by three men for kissing a girl at a party. (She won all three duels.) Julie was constantly getting in trouble with the law, sometimes getting pardoned by the King of France and more often going on the lam to avoid burning at the stake.

You can imagine the thrill of researching Julie’s escapades and also the challenge of presenting her to a modern reader. Would Julie have identified as nonbinary today, or as a cis woman, or another gender entirely? There is no way to know because she didn’t live in our time. We can’t ask her if she would have chosen they/them pronouns if she could have today, though we know she used she/her pronouns in her time. Writing about LGBTQ+ history is full of best guesses and earnest attempts to respect the historical figure you never met.

Sarah Papworth’s full-page portraits of Julie and the other 49 featured revolutionaries bring the stories to life and we’ve included half a dozen bonus elements in the book I think you’ll enjoy, like an LGBTQ+ history timeline. Rainbow Revolutionaries drops on May 26, 2020, but you can pre-order it right now! 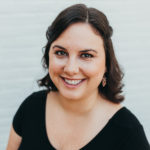 Sarah Prager is an author, writer, and speaker who lives in Massachusetts with her wife and their two young children. Prager’s first book, Queer, There, and Everywhere: 23 People Who Changed the World, received numerous accolades including three starred reviews and being named a 2017 Best Book for Teens by New York Public Library and Chicago Public Library. Prager also created the Quist mobile app in 2013, a free resource that teaches LGBTQ+ history to thousands around the world (quistapp.com). Her writing has been published in The Atlantic, HuffPost, and many other publications and she has spoken to over 130 audiences across five countries on the topic of LGBTQ+ history. You can find Sarah at www.sarahprager.com, on Facebook @sarahmprager, on Twitter @sarah_prager, and on Instagram @sarahpragerbooks.

Previous Post: « Cover Reveal: THE DREAM WEAVER by Reina Luz Alegre
Next Post: Everything I Learned from the WNDB Mentorship Program »
We're thrilled to reveal the cover for TOKYO NIGHT