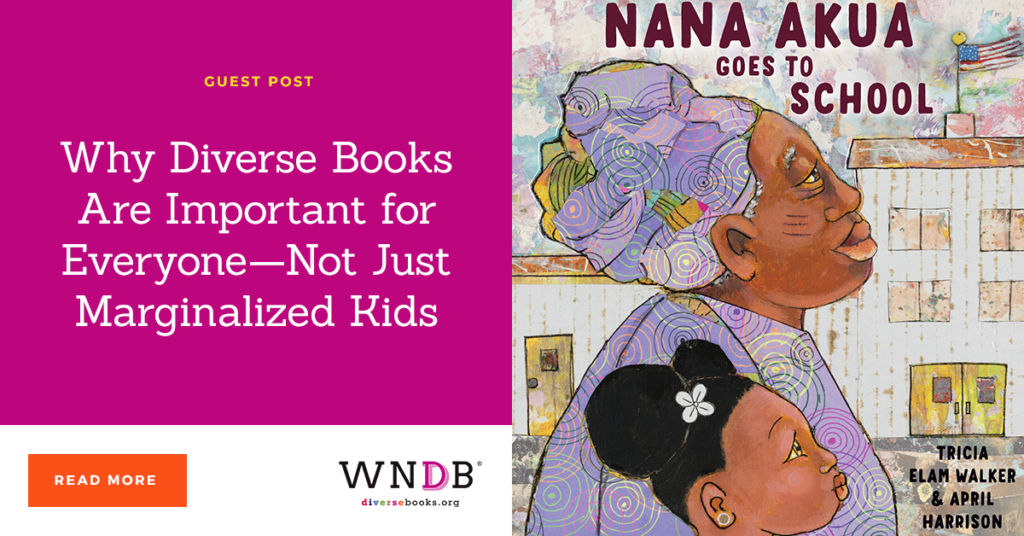 When I was eight years old, I wrote and illustrated my first book. My mother, a children’s librarian, showed me how to sew the pages together so it would open like a real book. Children’s books were more precious than jewels to her and she passed that love on to me. The main character was a girl named Doll whose dog had died.

Although I’m black, I drew Doll as a white child without even thinking about it. Growing up in the 1950s and 60s, the characters in my favorite stories looked nothing like me, so I suppose I was emulating what I saw—not who I was. My mother worried about the dearth of uplifting black images in children’s literature and made it one of her life’s missions to change that equation.

She and my dad understood that children thrive best when they see themselves reflected positively in the world so they surrounded us with art, music, and role models that honored our culture. In her position heading the Boston Public School’s library program, my mother worked to ensure that school libraries were filled with diverse books which she believed were important for all children, not just children of color.

When my own children were growing up, they had more access than I did to options that celebrated them and their experiences. Their elementary schools hosted annual book fairs and I always volunteered to help so I could ensure plenty of multicultural choices. (I am my mother’s daughter after all). One year, a white mother and her child entered the fair where the books were on colorful display at children’s eye level, designed to attract them. It worked; the white child was immediately drawn to the award-winning picture book Mufaro’s Beautiful Daughters by John Steptoe. She approached it with wide-eyed excitement. “Mommy! Can I get this book?” But before she could pick it up, the mother snatched her daughter away with the admonition, “That’s not for you!” ringing in my ears for a long time after.

I wanted to cry for the child who was probably hurt and confused. Why wasn’t the book for her? The mother denied her daughter a valuable opportunity to appreciate difference. I suppose someone taught her that black books were only for black children. What if my mother thought like that? I would never have read a wide variety of wonderful books that shaped who I am and helped me become a writer. Anna Deveare Smith once said, and I’m paraphrasing, that white people didn’t grow up having to empathize with black characters but black people (of a certain age) had no choice because the only images we saw were those of white characters. If that’s true, all the more reason it is important for white parents to buy books with diverse characters and themes.

As a new picture book writer, I want to create books for every child by showing them children of color who live, play, and learn like everyone else. Black and brown children will see themselves and be empowered. White children will grow accustomed to seeing people of other races and ethnicities, and have no need to view them as “the other.”

When I created Nana Akua Goes to School, I had in mind every young child, not just black kids—because my hope is that my story, of learning to accept difference and be curious rather than ashamed, is a universal theme with a universal lesson. Illustrator April Harrison beautifully depicts children with many different skin tones and hair textures, as exist in real life. The messages imparted through the Adrinkra symbols, such as excellence, power, and unity, are for everyone, too, describing traits and qualities we all aspire to uphold. 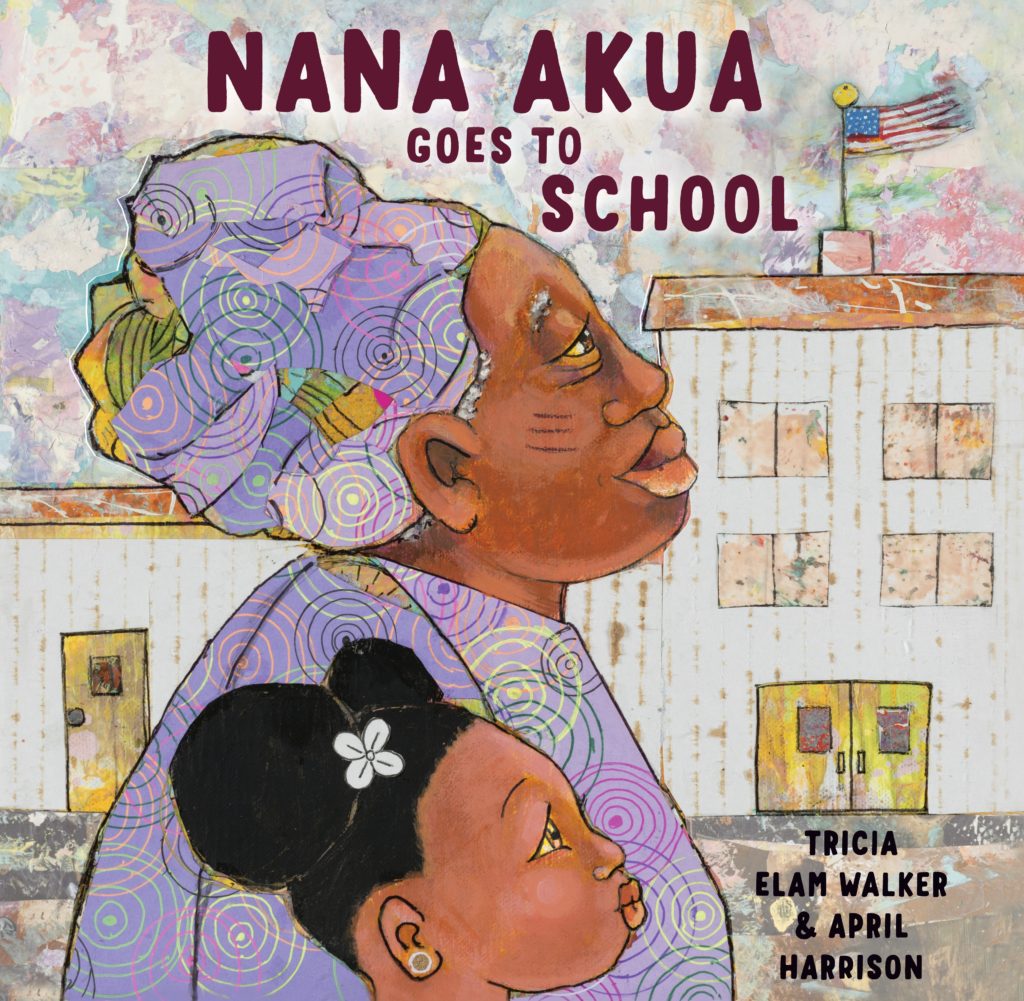 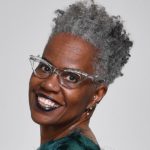 Tricia Elam Walker is the author of the novel Breathing Room, among other publications. She is an award-winning fiction and nonfiction writer, cultural and fashion commentator, and blogger who has written for National Public Radio, the Washington Post, Essence magazine, HuffPost, and more. She practiced law for sixteen years prior to teaching writing in Washington, DC, and Boston. Tricia is an assistant professor of Creative Writing at Howard University and is working on several projects, including children’s books, plays, and a second novel.

Previous Post: « Q&A With Malinda Lo, C.B. Lee, and Misa Sugiura
Next Post: Young Readers Need Positive Fat Representation in Literature »
Save the date for the #WalterAwards23! You can now