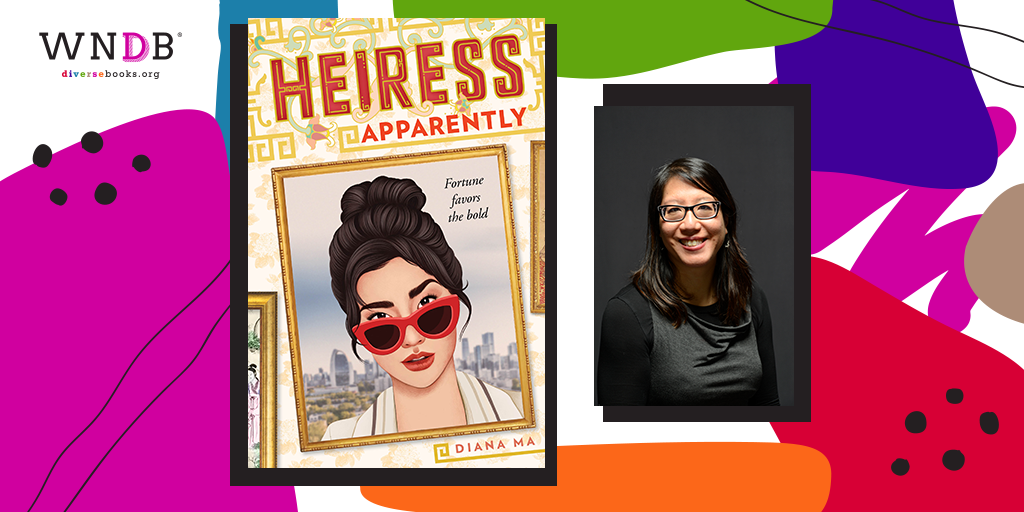 Content warning: Mentions of racism, particularly racism against Asian Americans during the COVID-19 pandemic, including descriptions of physical violence and attempted murder

Diana Ma was a mentee in the 2019 Mentorship Program and had a Young Adult Fiction Mentorship with Swati Avasthi. To learn more about the mentorship program, visit our website here.

Lately, I’ve been thinking about belonging. What do home and homeland and citizenship mean for me as a second-generation Chinese American? And how did young adult literature shape my sense of belonging in its depiction of Americanness?

These questions came to the forefront as I was writing Heiress Apparently, the first book in an epic and romantic series that follows the descendants of the only female regent of China. The Daughters of the Dynasty series begins in modern-day Los Angeles and Beijing, and my main character is also a second-generation Chinese American. Gemma is a struggling actress who gets her big break in a movie shot in Beijing. The catch? For some mysterious reason, her parents have forbidden her from ever stepping foot in Beijing. And Gemma soon suspects that they might have good reasons for this rule.

I had different reasons than Gemma, but I also didn’t visit China until I was a young adult. And like Gemma, I’ve felt uneasy all my life about my sense of belonging both in the US. and in China. The difficulty of straddling different cultures is a common enough theme in stories about Asian Americans, so it’s natural that belonging would be on my mind when writing Heiress Apparently.

But I don’t think it’s that simple.

Asian Americans’ right to belong in the United States has always been challenged. Currently, we are in the midst of the COVID-19 pandemic when anti-Asian racism, harassment, and violence have been increasing at an alarming rate. In one recent and horrific incident, a customer at Sam’s Club stabbed an Asian American family, including a six-year-old and a two-year-old. The man was attempting to kill them because he thought they were Chinese and infecting people with coronavirus. And this is just one example of the ways Asians have been targeted for our perceived otherness. It’s no wonder that I am so deeply invested in exploring the theme of belonging.

In Gemma, I wanted a character who would challenge these ideas of otherness. Gemma is a young Chinese American actress fighting against Hollywood Asian stereotypes: The sex-crazed and nerdy foreign exchange student, the sexless and nerdy straight-A student, the karate-chopping villain, the dangerously sexualized Dragon Lady, or the submissive and sexualized courtesan. In other words, Gemma has a tough road! 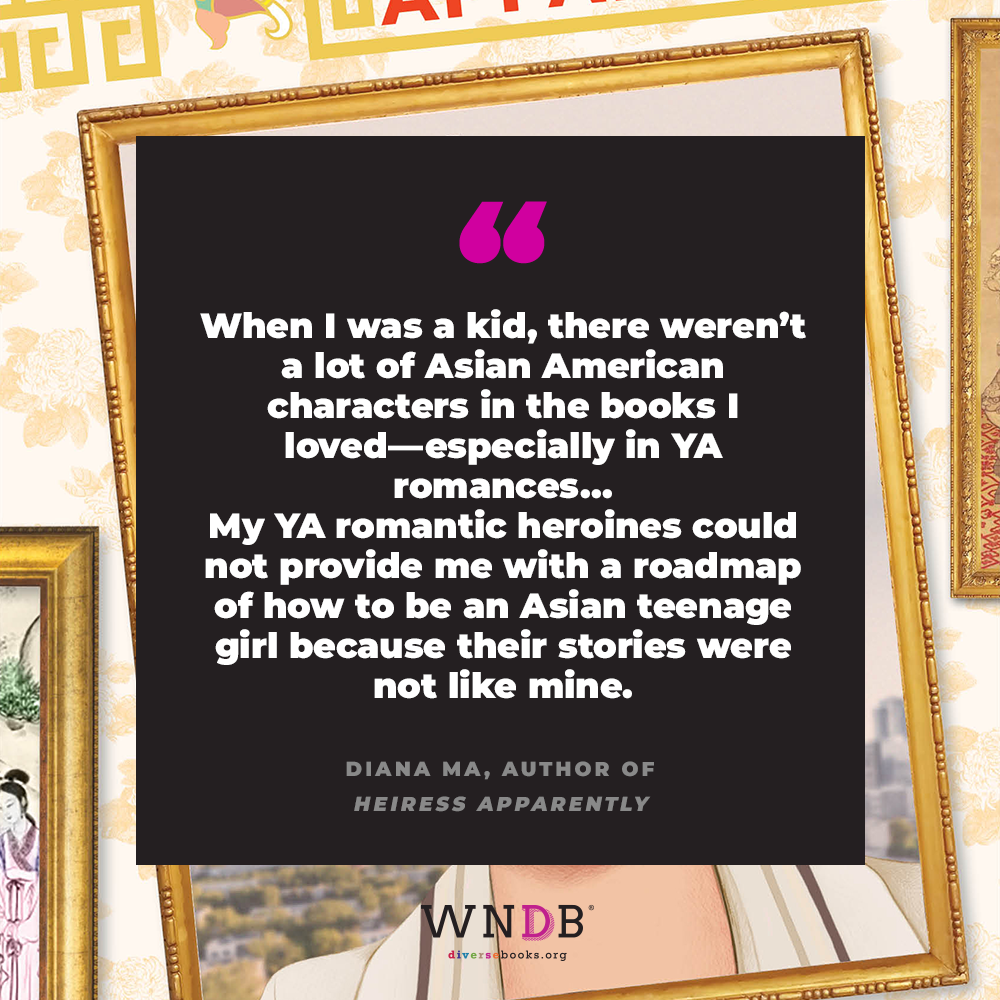 Gemma’s character is inspired by the many Asian and Asian American actors, writers, and directors fighting for fuller and more diverse representations of our cultures. While this is a time of heightened anti-Asian national rhetoric, it is also a time of cultural resistance. BIPOC artists, in every cultural medium, are creating works that challenge narratives of hate. The filmmaker Lulu Wang, the actor John Cho, and the screenwriter Adele Lim make wonderful films, but just as importantly, they are outspoken about the need for Asian representation and resistance against anti-Asian bias. Gemma was born from their work and their strength. My book wouldn’t exist without them.

As a reader, I have always looked for belonging in books. When I was a kid, there weren’t a lot of Asian American characters in the books I loved—especially in YA romances. But I kept reading and loving those YA romances. I wanted to lose myself in stories, but I was also looking for how to be a teenage girl figuring out the complexities of crushes, friendships, and family. The first part was easy; I had no problem getting lost and forgetting myself in worlds vastly different from my own. The second part was harder. My YA romantic heroines could not provide me with a roadmap of how to be an Asian teenage girl because their stories were not like mine.

Those white heroines never floundered in the face of microaggressions and racial assumptions—so they could not guide me in figuring out the complexities of my own identity. Yes, white girls in YA romances had their own obstacles to “happily ever after.” Maybe she was the dorky journalism club president and he was the football captain. Luckily, clever banter and adorable quirks would win the day, and the couple would realize, “Hey, we’re more alike than we thought!” Race was almost never an issue. The journalism club and the football world might collide, but no one had a crisis of identity over it. Those white heroines knew who they were. They were not constantly asked, “Where are you from?” and expected to give a one-word answer that would quantify their entire being for the benefit of the questioner.

But as much as I envied those girls for their witty comebacks and confident flirtations, I envied them even more for their friendships. The main character of YA romances always seemed to have a circle of friends or, at the very least, a BFF. Her friends knew her intimately, and they had her back. Sure, sometimes there were misunderstandings, but her friends never told her, “I like you because you’re not like other Asians.” Like it was a compliment.

All those books could teach me was how my life measured up against the lives of fictional white girls. They could not give me what I so desperately needed—stories like mine and characters like me.

This is why I stopped reading YA romances. As I became an adult, I read less and less YA books in general, but I gave up on romance completely. I just couldn’t shake the guilt I felt about wanting to be the girls in those stories. Because if I had wanted to be those girls, then didn’t that mean I wanted to be white? Maybe it wasn’t that simple, but a complex knot of shame was enough for me to slam the door on the YA romance genre.

So what changed? After all, I’ve written a YA romance.

My way back to YA isn’t that hard to explain. #OwnVoices YA books by BIPOC writers such as Jenny Han, Angie Thomas, Samira Ahmed, and Anna-Marie McLemore (to name just a few) came on the scene. Children’s literature has become more diverse in representation (although there’s still a long way to go). It has now become possible for my own children to see themselves reflected in the books they read. And it has become possible for me to write the books I once needed so badly.

This is a day I could have never imagined as a Chinese-American teen trying to find myself in books. Today, my own YA romance comes into the world. I hope the readers of Gemma’s story find the belonging they’re looking for.

Heiress Apparently by Diana Ma is on sale on December 1, 2020. Order the book here! 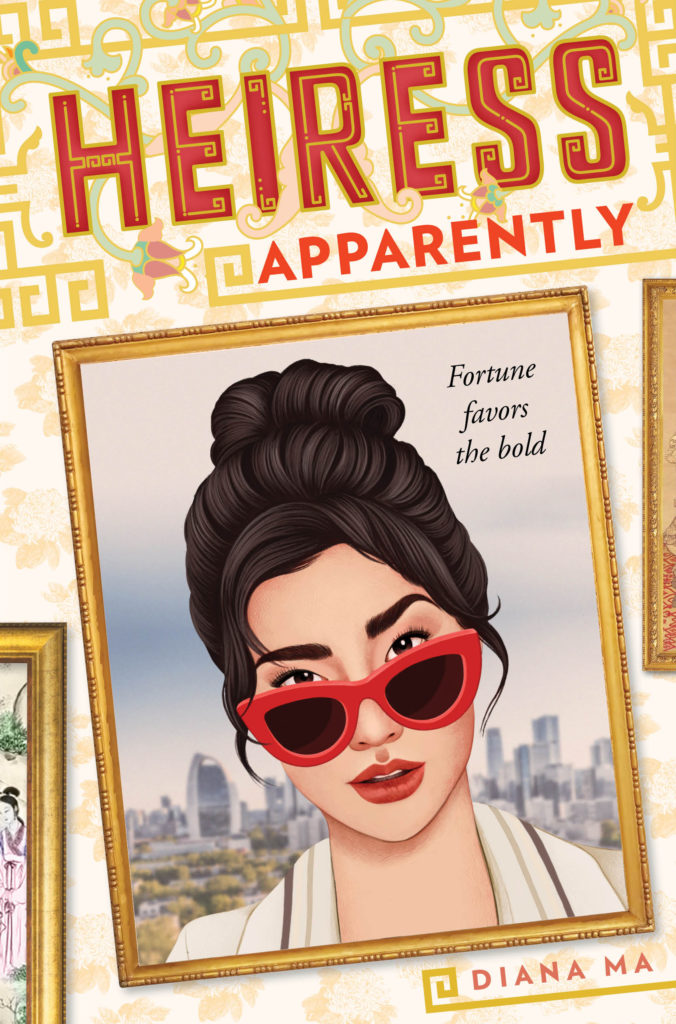 Gemma Huang is a recent transplant to Los Angeles from Illinois, having abandoned plans for college to pursue a career in acting, much to the dismay of her parents. Now she’s living with three roommates in a two-bedroom hovel, auditioning for bit roles that hardly cover rent. Gemma’s big break comes when she’s asked to play a lead role in an update of M. Butterfly filming for the summer in Beijing. When she arrives, she’s stopped by paparazzi at the airport. She quickly realizes she may as well be the twin of one of the most notorious young socialites in Beijing. Thus kicks off a summer of revelations, in which Gemma uncovers a legacy her parents have spent their lives protecting her from—one her mother would conceal from her daughter at any cost.