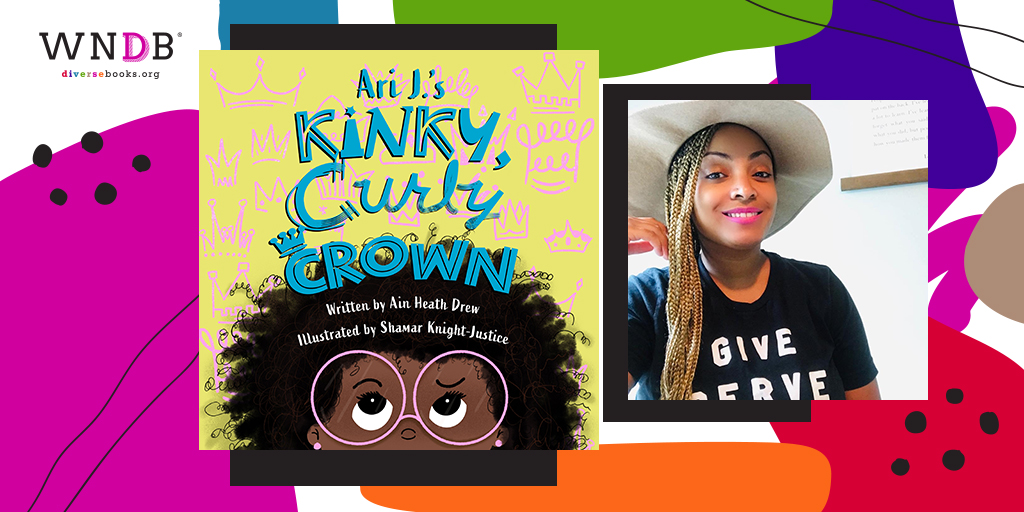 I remember being a little girl, dodging raindrops after getting a fresh press-and-curl so my edges wouldn’t get frizzy. It wasn’t because I wanted to stretch out the lifetime of my $25 hairstyle. I vainly wanted to hang on to my slicked-back edges and avoid the kinks that would surely come when the water met my hair.

By middle school, I had fully internalized the Eurocentric standards of beauty as it pertained to my crown. I had long, ultra-thick hair that didn’t cooperate with combs, laughed in the face of humidity, and defied gravity. But even though my hair was strong and versatile, I didn’t appreciate its natural texture.

Everything in film and print told me that textured hair was “less than.” Not explicitly, but the omission of girls and women who looked like me sent the clear message that straight hair was the preference.

I was well into my twenties when I finally, but not fully, embraced the kinks and coils of my natural hair. Through fros, braids, and locs, I’ve rediscovered the magic of my mane. However, I still have a complicated relationship with my hair. My story is in no way unique, which is why I wrote Ari J.’s Kinky, Curly Crown.

Hair discrimination is still very real, as evidenced by the necessity of The Crown Act, which was introduced in 2019. Currently, only eight states have adopted the act intended to end discrimination based on hair texture and style. Unfortunately, we can all recount stories of women and men being terminated from their jobs due to negative perceptions of textured (specifically Black) hair, and many of us remember the case of DeAndre Arnold whose school told him he wouldn’t be allowed to walk during his graduation unless he cut off his gorgeous locs. We indeed have a long way to go. As an educator and writer, my work begins with little people, who I’d like to arm with the love of their natural hair that I just didn’t possess as a young girl.

When I started working in education, I distinctly remember reading bell hooks’ Happy to be Nappy to my kindergarten scholars and being in such awe at how hooks’ made the word ‘nappy’ one to be proudly, and profoundly embraced. Nappy—a word that as a little Black girl you’re conditioned to run away from, not because it’s negative in itself, but because everything and everyone around us taught us that ‘nappy’ hair was synonymous with being unkempt, unprofessional, unclean, and undesirable. 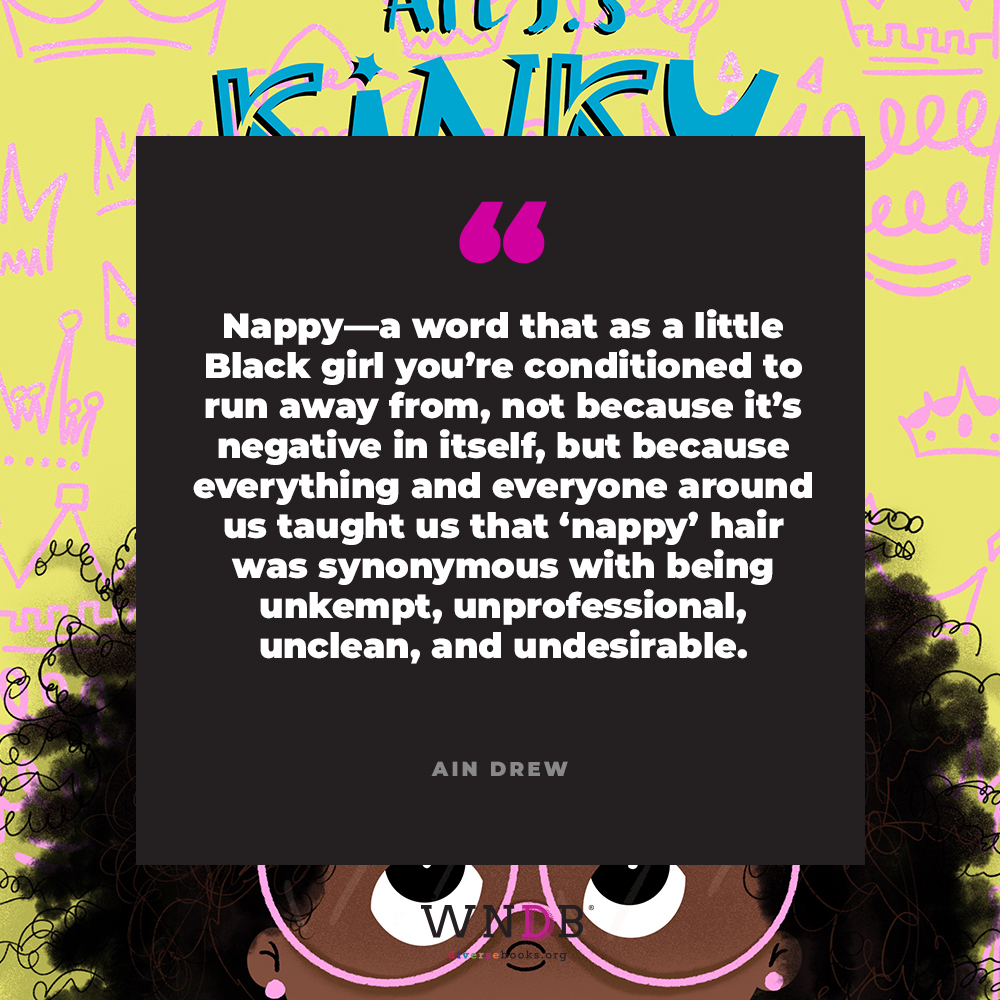 As I was writing Ari J.’s Kinky, Curly Crown, my goal was to tell a beautiful story about a young, Black girl’s hair journey without minimizing the fact that we can appreciate straight hair without elevating it over textured hair. I hope that the impact of my work aligns with my intention to help little girls understand that their hair can literally be beautiful in every way we embrace its versatility. At its best, my work will erase a little bit of the implicit bias against Black hair cultivated by the overwhelming prevalence of Eurocentric beauty standards.

Diversity in literature helps us to recognize our value and affirms that our stories matter. It also serves to cultivate empathy from those being exposed to narratives and experiences that differ from their own. And that diversity of ethnicity, race, shade, religion, ability, gender, and yes, even hair texture, is rising beautifully. I have a young son and finding books that feature his likeness as a main character isn’t as difficult as it must have been for my mother, and undeniably, my mother’s mother. “Representation Matters” is more than a catch-phrase and we’re seeing both film and print catch up with reflecting the true diversity of our world. 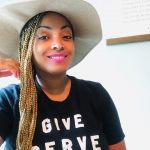 Ain Drew is a writer and educator based in Stone Mountain, GA. She spends most of her time with her son DJ and their dog Simba. They love being outdoors, traveling, eating all types of cuisine, and having quality time connecting with family and friends. Ari J.’s Kinky, Curly Crown is Ain’s first children’s book.

Previous Post: « Community, Nature, and Wonder as a Balm in Troubling Times
Next Post: Platforms Like Wattpad Allow Marginalized Authors to Reach Readers »
We're thrilled to reveal the cover for TOKYO NIGHT