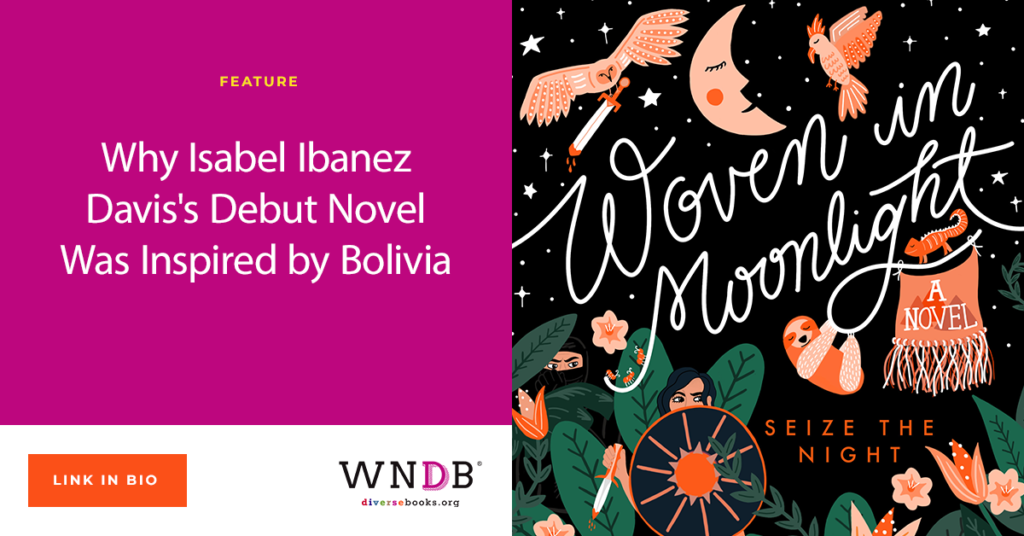 It all started for Isabel Ibanez Davis with a fascination for stories.

“I was very young when I learned that stories have a kind of power: they can unite people, separate them, uplift or tear down,” she said. “Stories entertain, can move you to tears, or call someone to action.”

She recalls being very young and being completely enthralled by the stories she was reading, watching, or even just hearing at the dinner table. “I gasped in all the right places, cried at the wrong ones, laughed between the intentional pauses and delighted in the outcomes,” she recalled.

It’s no wonder, then, that Davis grew up to be a storyteller: through her words as an author, but also through the designs she makes as a graphic designer.

As a writer, Davis said she writes because “My imagination is too big not to put down somewhere. Writing feels like capturing the best and worst moments of life, to experience something again and again. And while it’s the most challenging thing I do on a daily basis, I can never get enough.”

When it comes to design, Davis describes her style as “whimsical.” She said she as a person delights in the unexpected and if she were a cartoon character, she’d be “the one who has a furry sidekick, the one who tries to see the magic in everything.

“My art tends to reflect me, or at least, everything I admire: a touch irreverent, but always sweet, smothered in bright colors and somehow charming,” she added. “But if you look closer there might be a hidden knife somewhere or drops of blood in the shrubbery. My stories tend to feel the same: a whole lot of happy with a dark twist or three.”

In 2017, Davis founded and sold 9th Letter Press, and states her most recent designs can be found there still.

Her debut novel, Woven in Moonlight, releases Jan. 7, 2020, and tells the story of Ximena, a stand-in for the last Illustrian royal. It promises a tale encompassing a need for revenge, the ability to weave moonlight into tapestries, and so much more. 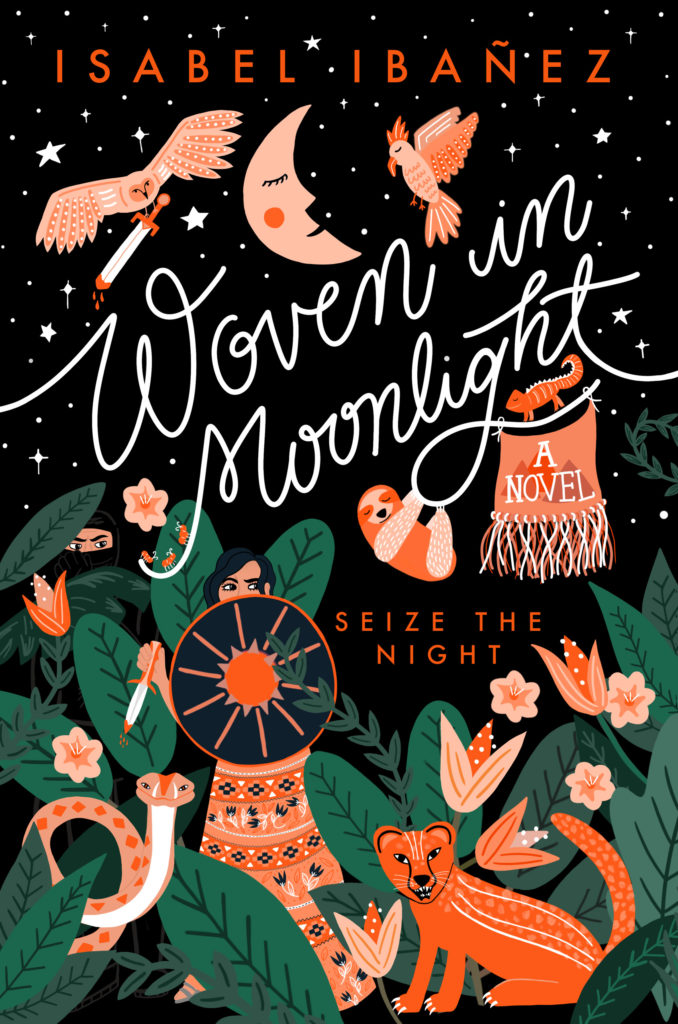 In Davis’ own words, the book “is a story featuring a heroine, who speaks a different language than your own, eats different foods than you’re used to, and from a country inspired by a place little talked about or enjoyed. But at the end of the day, it’s a story of self-discovery, learning to admit when you’re wrong and standing up for the people who can’t.”

The book is inspired, in part, by Bolivia’s history and politics. Davis explained that though she grew up in Florida, she is the child of Bolivian immigrants whose extended family remains in that country.

“When I sat down to write Woven in Moonlight, I expected to write a rather straightforward love story, but instead, Bolivia’s grim history and the current politics found its way onto the pages,” Davis said. “The main character in Woven in Moonlight, Ximena Rojas, faces an antagonist not unlike the many dictators who have dominated South American countries.”

Davis added, “Many of the people in positions of power began with good intentions, but along the way they lost themselves, forgot what mattered, and who they were really serving.”

To Davis, her main character serves as a stand-in for those people, whose names may never be known worldwide, who are fighting “for their voices, for food on the table and a safe place to call home.”

The stories of these unsung heroes, Davis said, are rarely talked about outside of their immediate circles, so it was important to her to write about what her family and others across the world, and specifically in many South American countries, are fighting for.

“This story is so important to me because as many of my family members took to the streets in Bolivia to protest, carrying signs and banners, I wanted this book to be my own act of rebellion,” she said. “Woven in Moonlight is my sign, Bolivia.”

Two things stood out to Davis as some of the most fun parts of writing this book, one of them being food descriptions. “I love Bolivian food, and aside from thinking it’s just good manners to let your cast of characters enjoy a good meal, I wanted to share the dishes I grew up eating because I felt it’d transport the reader faster into Inkasisa,” she explained.

The second most fun part was the interactions between Ximena, the protagonist, and a vigilante named El Lobo. In fact, one scene between the two characters, the first mental image Davis says she had of the two of them, has remained constant through the myriad rounds of drafting and revising the book went through.

Just like she loves writing stories, and creating designs, Davis is an avid reader. A few of the books she recommended as ones she’d loved lately include Lobizona by Romina Garber; Serpent & Dove by Shelby Mahurin; The Gilded Ones by Namina Forna; and The Girl the Sea Gave Back by Adrienne Young, among others.

Davis took a moment to encourage aspiring authors, saying, “If you’re writing a story that’s been ‘done’ a thousand times, write it anyway. It may take years, but whatever you bring to the table, your voice and talent, the stories you grew up hearing, the place where you’re from, it matters so much. There is room for you, for all of us.”

Previous Post: « SFF Author Diana Ma’s Experience With the WNDB Mentorship Program
Next Post: Q&A with Amy Spalding: WE USED TO BE FRIENDS »