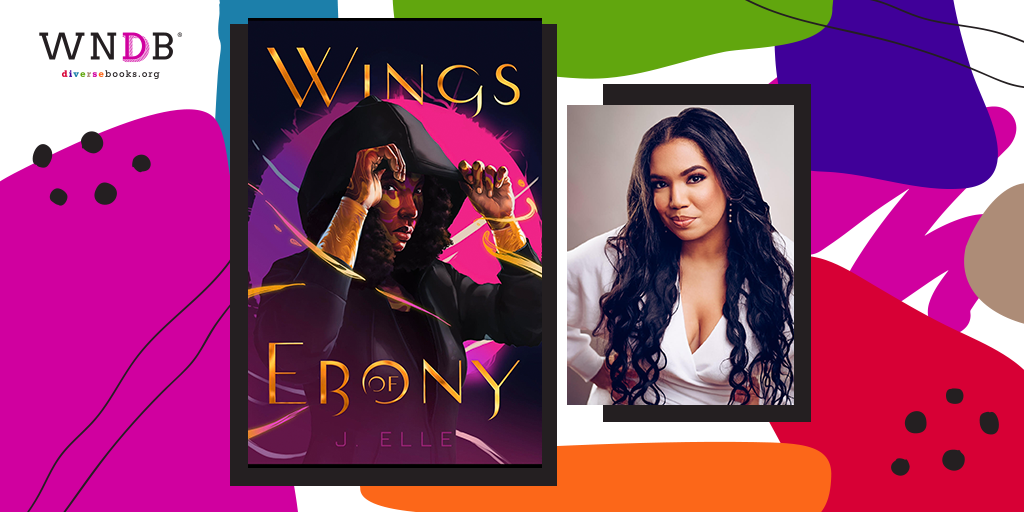 Author J. Elle, whose debut Wings of Ebony releases Jan. 26, 2021, says on her website she has been a writer “since [she] could hold a pencil.”

On a phone call in early January, I asked her to elaborate on that—specifically, why she chose to tell stories through writing.

Elle indicated that she journaled and wrote poetry often as a child, saying that writing was how she processed things. It was always her way of putting down memories she wanted to treasure forever; she didn’t just journal about the big things, she said, she’d write about a fun trip to the ice cream shop as well.

Immediately out of graduate school, Elle got a job teaching at a KIPP school, one whose approach is to “educate the whole child,” she said.

“I got to observe and learn and reflect in my own life of just how much kids are capable of,” she said, adding that she wanted to write Wings of Ebony to empower kids—to help them realize that they’re able to change the world on their own.

She said she has seen kids do incredible things, and has full faith in their ability to be “changemakers” in the world.

“When you set the bar high and let them know that they can meet that bar, they can surpass that bar, it will blow you away what they are capable of and what they will do,” she said. “I wanted to speak to that child. My teacher heart wanted to echo that message that they are magic. They can alter the circumstances around[them for the better.”

The teacher in Elle prompted her to go ahead and create a curriculum that can be used with the book, in case any educators are looking for new books for their students.

The curriculum includes an interactive digital student workbook and more information can be found on a special section of Elle’s website.

As the heart behind the book is showing children their ability to change the world, Elle mentioned that part of her inspiration was an image that came to her one day around 5 a.m.

“[That’s] not a typical hour for me to be awake,” she said. “I had this picture in my head of [a girl from the hood] standing over a body and she was just very, very sad. It’s such a vivid memory, I can see it as I’m telling you. She felt so powerless to do anything about it.”

Elle said she “let herself go” and that a lot of what inspired the book was pain, but not one specific instance of pain.

“It wasn’t a prick of pain, it was this build-up of chronic pain,” she said, adding that a lot of the book was inspired by news stories, seemingly daily and endless, of the violence and brutality perpetrated upon Black youth.

Elle spoke about how she loves both contemporary stories and fantasy stories, as each serves a different purpose—the first with the ability to speak to what’s happening in the world around us and educate us; the second with the ability to make people believe in magic.

She shared that as a child herself she was convinced one day that she would get her magic powers soon. “I remember wiggling my fingers and wondering when the spark was going to come,” she recalled. “If anyone was going to have magic, if magic was real, I was going to be one of the people who had it. I just knew that.”

Contemporary fantasy novels, like Wings of Ebony, which marries a secondary-fantasy world with Houston, have the ability to “marry the need for social commentary with this limitless power,” Elle said.

“I’d never seen my neighborhood painted as magical in a book, magic was always somewhere else” she added. “There’s something incredibly impactful, even more on a subliminal level for a kid, when they see the world that is familiar and normal for them painted as magical.”

But Elle wanted to include a secondary world because she loved the concept of being transported to a new, magical place.

“Why not take her to a completely magical place and parallel it?” she said. “The ways that the book ties into the real world become glaringly more and more apparent the deeper you get into the story. I wanted to take a reader to this place to parallel some of these ideas about leaning into our heritage and being inspired by where we come from.” 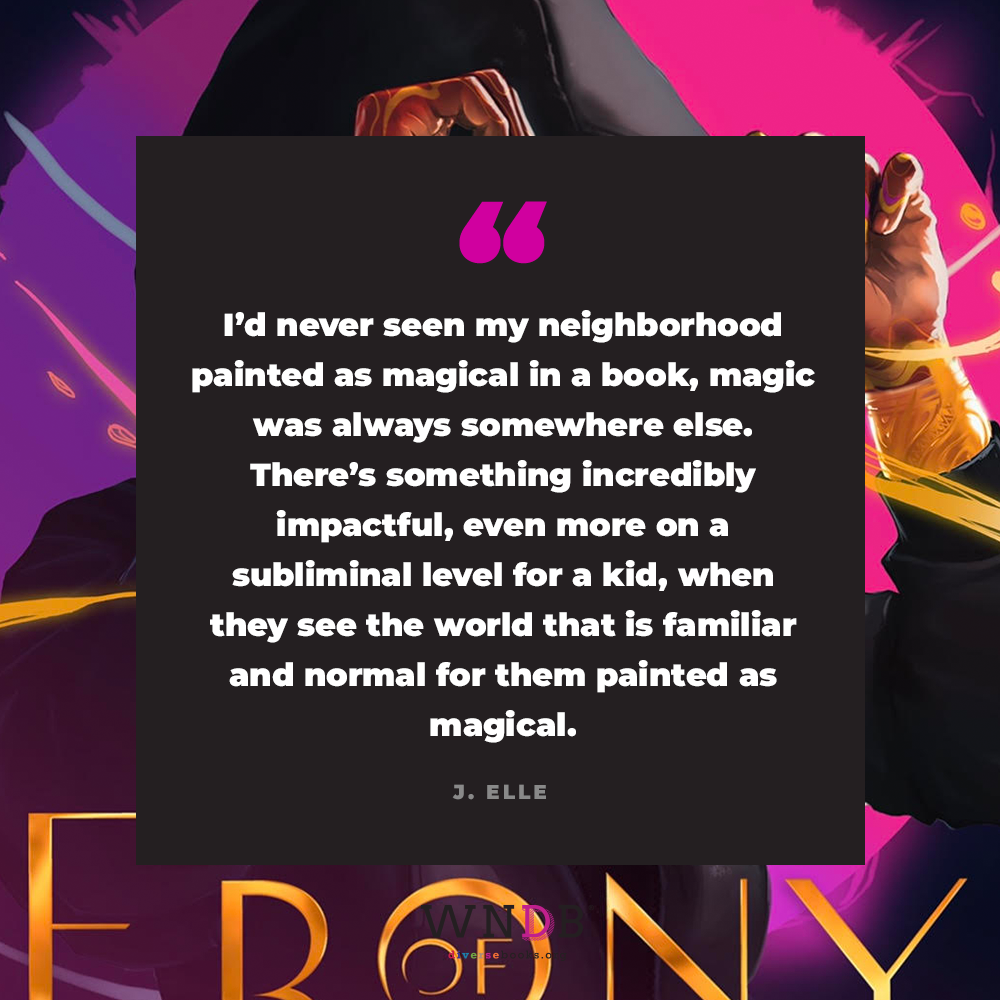 Elle spoke about the “honor and privilege” of having her book come out close to Black History Month, especially in the first year after 2020—when the late-May police killing of George Floyd prompted months of protests and brought back to the forefront conversations about police brutality and killings of unarmed Black people.

“I didn’t know when I wrote Wings of Ebony how relevant or unfortunately timely it would be,” Elle said. “It’s bittersweet that my book will come out and be relevant and speak to a lot of the hurt from last year, the hurts that are still pervasive. It’s sweet because this is an opportunity to speak to people who are listening who might not have been listening before.”

Elle said she hopes more people will be willing to listen to conversations about allyship, structural racism, and white supremacy than perhaps would have in prior years. She spoke about how certain characters in the book are either white or coded as white and as a white reader myself, I can speak to the power and at times discomfort of sitting with the decisions those characters make.

Make no mistake, Elle is not pulling punches in Wings of Ebony, nor is this book meant to coddle allies.

That’s part of what gives it such a powerful effect.

“I’ve already had some people reach out to me, white readers specifically reach out to talk about how the book shifted something in them and really made them look in the mirror, and that feels good,” Elle said. “To know that this is one of the many books out there that people can go to hopefully make this place a better place to live for Black people, make a community feel seen that hasn’t been seen, and make a community that has not wanted to see, those who want to see. Give them some eye-opening experiences through a fast-paced action-packed fantasy novel.”

Previous Post: « We Need Diverse Books Is Looking for Blog Volunteers
Next Post: Congratulations to the 2020 Walter Grant Winners »
We're thrilled to reveal the cover for TOKYO NIGHT