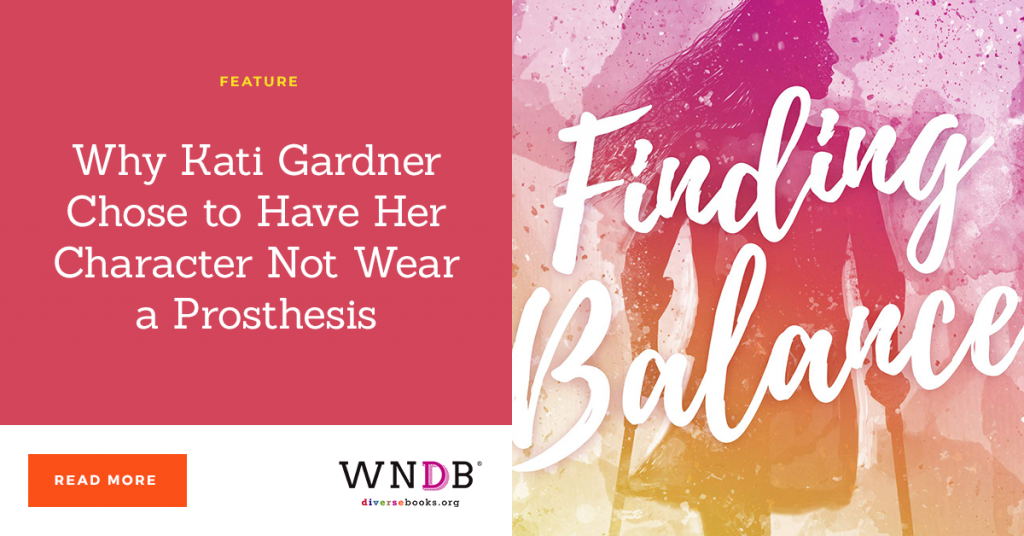 Kati Gardner, the author of Brave Enough and this year’s Finding Balance, got her writerly start by penning fan fiction.

“I wrote General Hospital fanfiction because I was a huge General Hospital fan in the late 90s,” she said. “That was probably the first place that I ever put my writing out for people to see.” In middle school, Gardner remembered, she wrote stories on an “ancient typewriter,” but she never let anybody read them.

Gardner is a childhood cancer survivor whose left leg was amputated as part of her treatment, and was the first disabled actor to go through her college’s theater program—one of the top in the nation.

“Storytelling was always part of my existence,” she said. “Being a disabled actor, at times it could be really frustrating—you were never quite sure if you weren’t getting the part because you’re disabled or because you just genuinely didn’t have talent. It was always a question.”

Gardner said her background in theater really helped with her writing career, both because as an actor she’s used to coming up with backstories and motivation for her characters, and because theater teaches you about pacing.

“We study in theater just like any good writer does, the plot arc,” she said. “I knew all of that when I sat down to write, and understand character development in a way that I think works better for YA novels in general because I feel like sometimes the characters are more developed in YA and you have to do it in a much tighter space.”

Writing, and storytelling in general, was a coping mechanism for Gardner. It was her way of making sense of things when life’s stress got out of hand.

In addition, Gardner is drawn to novels for young people in particular because she prefers that age group. “I really like teenagers,” she said. “I was a middle school teacher, I really liked that time for people, there’s so much growth that happens and so much opportunity. It’s a lot of times the first real taste of freedom.”

The first novel Gardner finished was an approximately 56,000-word book that she says, upon reflection, probably falls under the paranormal subcategory.

At the time, which just so happened to be during the initial mid-2000s YA boom, Gardner was teaching middle school and she began reading MG and YA books so she could better recommend them to her students.

“I decided to see if I could write something,” she said. “It was the first time I ever finished anything that wasn’t fanfic…I remember feeling really accomplished like I did something.”

Gardner’s first book, Brave Enough, which introduces readers to the main characters of her second novel, was inspired by her own experiences of cancer camp.

“I had always known that I wanted to write a book where the characters go to cancer camp and where nobody dies of their disease,” Gardner said.

In Finding Balance, readers discover that Jase, Mari’s friend from Camp Chemo, has kept his cancer survivorship a secret from all of his friends at his fancy prep school.

When Mari and Jase are thrown together during the school year as she transfers to Atlanta West Prep, there’s conflict—it’s impossible for her to hide her history with cancer, and he wants nothing to do with that openness.

“We as readers and as pop culture and media consumers tend to paint especially childhood cancer survivors as some sort of extraordinary humans,” Gardner said of the decisions that led her to create Jase’s storyline. “I really wanted to show that we can still make big mistakes—we’re not epic in that way just because we’ve had cancer.”

As she wanted to showcase how survivors don’t have to be exceptional, Gardner said she really just enjoyed telling the story of survivors.

“You see a lot of cancer books; you don’t see a lot focused solely on just being a survivor and what that’s like, and how that changes your perception of things,” she said. “I really enjoyed that aspect of it.”

Finding Balance by Kati Gardner is on sale on September 29, 2020. 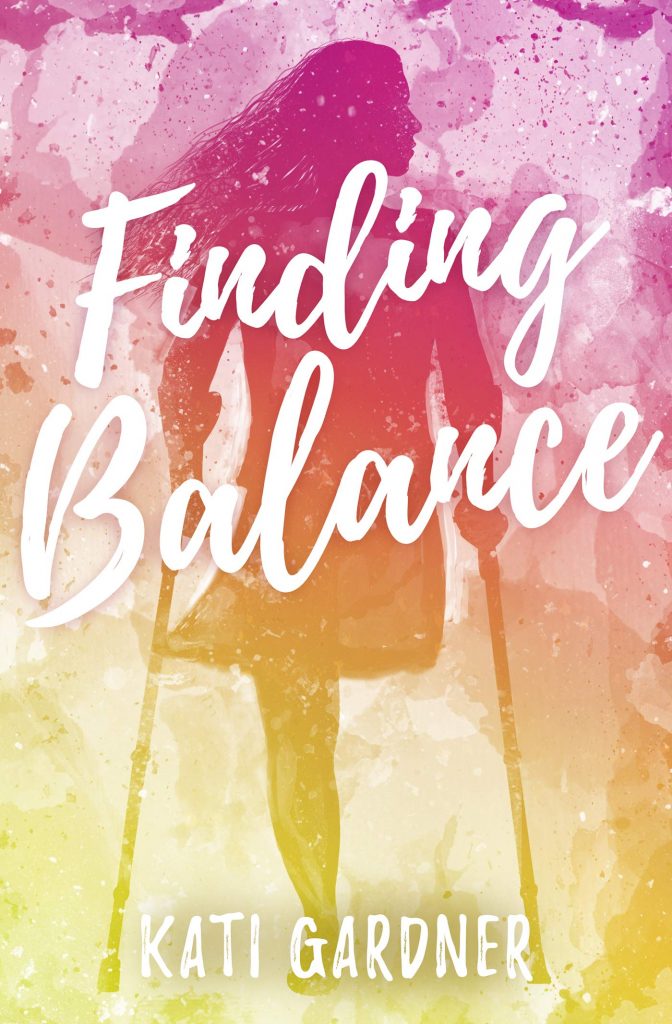 Jase Ellison doesn’t remember having Acute Lymphocytic Leukemia when he was three years old. His cancer diagnosis only enters his mind twice a year. Once at his yearly checkup at the oncology clinic and when he attends Camp Chemo in the summer. No one in his “real” life knows about his past, especially his friends at Atlanta West Prep.

Mari Manos has never been able to hide her cancer survivorship. She wakes every morning, grabs her pink forearm clip crutches, and starts her day. Mari loves Camp Chemo—where she’s developed a healthy crush on fellow camper Jase. At Camp, she knows that she’ll never get “the look” or have to explain her amputation to anyone.

Jase wants to move on, to never reveal his past. But when Mari transfers to his school, he knows she could blow his cover. That’s the last thing he wants, but he also cannot ignore his attraction to her. For Mari, she only wants to be looked at like a girl, a person, and not only known for her disability. But how do you move on from cancer when the world won’t let you?