Being a librarian involves a lot of book lists. We group books together for displays, we recommend books for readers’ advisory, and we post book lists on our library websites. These lists serve as entry points into our collections, and without these carefully curated lists, many of our books would be lost in the stacks, eternally waiting for their next reader. This can be especially true for diverse books, which often lack the robust marketing campaigns of more mainstream titles. As an autistic librarian and a former special education teacher, I do my best to hype books by autistic and disabled authors. I want all of my students to be able to see themselves in our library books. It’s my passion, and increasingly it’s becoming what I’m known for. So when someone asks me if I know any good books by autistic authors, I have an entire list ready to drop.

But that list doesn’t have any Latinx autistic authors on it.

And it bothers me so much.

I’m Puerto Rican and Mexican, but most of the books I read as a kid were about characters that were white. Back then, my best window into the diversity of the world was a set of Childcraft encyclopedias. I read about international holidays and the folklore and mythologies of different countries. I read those encyclopedias over and over again. My mom thought that this act of reading and rereading was surely a sign that I was incredibly smart.

Three decades later, we were both surprised to learn that it was actually a sign of autism.

I wasn’t diagnosed with autism until after I began teaching. I taught special education for five and a half years and I have a master’s degree in SpEd, but I still failed to make the connection between my awkward, overwhelming childhood and being autistic. The more I learn about autism, the more I realize that my family was not alone in our confusion. Back in the 1990s, when I was a kid, autism was primarily diagnosed in nonspeaking white males who needed lots of support. Things haven’t really improved much since then. According to Spectrum News, white children are around 19 percent more likely than Black children and 65 percent more likely than Hispanic children to be diagnosed with autism.

That number is astounding. Why are Latinx autistic kids so often missed? Research has suggested a variety of potential explanations. We might have too much in common with odd relatives (who are likely also autistic), we face language barriers, or we might even fear exposing the immigration status of our family members. As a librarian, I think an additional obstacle may be the lack of Latinx autistic stories.

Stories, whether they’re written in books or spoken aloud, teach us about our cultures, our history, and life itself. In the absence of Latinx stories about autism, we as a community have no mental space to put the people who don’t quite fit in. Instead of viewing our differences within the context of autism, our families are more likely to misunderstand us, and write us off as just weird—or worse, broken.

Cristaly Mercado, an elementary special education teacher in Minnesota, agrees. For her, the signs were “obvious.” She didn’t speak until she was 3 years old, and she was a notoriously picky eater who “couldn’t eat baby food or rice.” Still, Mercado tells WNDB, “My family constantly berated me for not being affectionate, not understanding simple things, and being obsessed with dogs.” But when she underwent an assessment for autism, her grandparents minimized the severity of her autistic traits when speaking to her assessor.

Sonora Reyes, writer and founder of the #QPOCChat, believes that there is still “a bit of a stigma in the community around getting these kinds of diagnoses.” When they told their family that they had been diagnosed with autism at the age of 23, “the overwhelming response was that they already knew or weren’t surprised. Still, my parents never took me somewhere to get diagnosed.”

My parents also knew that there was something different about me, but they chalked it up to a side effect of my intelligence. They thought it was normal for smart people to lack common sense. We see examples of this in pop culture, like absent-minded professors. The only assessment I ever received was to check my hearing, because I don’t usually respond to my name.

Mercado thinks it’s easier for families to say, “This person is just weird or different,” instead of trying to figure out why. She’s the only person in her family who has been diagnosed with autism, but she realizes, in hindsight, that her grandfather was “definitely” autistic. “He stimmed constantly,” she explained, and he was “obsessed with studying the Bible.” He was also “witty but not talkative.” Reyes describes a similar experience. They are also the only person in their family who has been diagnosed, but “there are several people in my extended family that show symptoms who I highly suspect might be on the spectrum.”

These stories are strikingly similar to my own. I had difficulty making friends, and often relied on a single friend to guide me through life—an experience that Mercado also shared. I too have odd family members who, looking back, now definitely strike me as being autistic. I had never considered the possibility that I could be autistic until I was placed in a classroom with autistic Mexican students. I saw myself in them, and with them, I felt a strange sense of belonging that I had never experienced before in my life.

Now, I find that I get that same, rare feeling—of being completely understood—when I read books with autistic characters. That’s why books by autistic authors are so incredibly important. Authors like Sally J. Pla, Corrinne Duyvis, Sarah Kapit, Susan Vaught, Elle McNicoll, and others like them are writing fantastic characters who remind me so much of myself and my childhood. But right now, most of these stories are written by white authors. While there is some diversity in the community (nonbinary authors like Marieke Nijkamp, Asian authors like Mike Jung) we still have a lot of work to do if we want to genuinely reflect the diverse reality of autism.

The publishing industry needs more stories by Latinx autistics. Books that truly capture what autism is like, within our cultures, and in our family dynamics. Autistic Latinx writers are out there, and increasing their visibility will help spread awareness and acceptance of autism in our communities. Reyes believes that autistic characters can “help people explore their own autism and maybe lead someone to realize they are on the spectrum, which could lead to a diagnosis.” They add, “It could also help fight the stigma that surrounds autistic Latinx people.”

Mercado agrees, stating that “so much of what we decide is good/bad or even exists comes from books and media.” Books about autism can be lifesavers for kids who don’t socialize well and struggle to fit in. She adds that books “could give the kids the language they need to breach the conversation with parents. Or even give parents the idea.” Latinx families can then use that language to better advocate for themselves— it can be the push they need to pursue a diagnosis or to ask for needed accommodations for school and work. Stories about Latinx autistics can be empowering. They can motivate families to learn more about their rights, and they can also show them that autistic people can live happy and fulfilling lives, in spite of their differences.

There are so many unique stories about autism that Latinx writers could tell. Mercado wants to see more books about girls with autism because Latinx cultures place a lot of emphasis on affection. She wants “girls to feel okay about not being affectionate,” adding that autistic girls “do care about their family members and love others, just in a different way.” She adds, “Not everyone understands that.”

Since young people begin to receive messages about societal expectations at such a young age, Mercado also thinks that we should have more chapter books and middle grade books about autistic characters. “I feel like kids are ready for representation sooner than YA brings it to them, and chapter books can be so formative,” she explains. Reyes would also like to see more Latinx autistic kidlit. ”Coming-of-age stories, fantasies, rom-coms, all of it!” they say.

Mercado wants to see books about autistic kids with animal companions. “I love animals,” she explains, “and right now I have a Latina student with ASD who also just prefers the company of animals to people. I guess that’s just two anecdotes but that feels so common.” (As someone who spent countless family gatherings with other people’s pets, I can testify that this connection to animals is not uncommon among autistic kids and adults!)

Mercado notes that the publishing industry should also think beyond fictional titles. “There’s definitely great value to fiction, but I gravitated toward nonfiction,” she says. “I think it’d be cool if fiction books had nonfiction resources or blurbs, so kids know explicitly that they’re wonderful just the way they are.” Nonfiction stories about Latinx autistics would also provide kids with much-needed role models. They might inspire them to talk more openly about their own experiences with autism, and perhaps even write stories of their own someday.

When I share my experiences as a Latinx autistic, I know that my advocacy is just the tip of an iceberg. There is so much more work to be done. The autism diagnosis process misses far too many Latinx people, and correcting this will require collaboration across multiple fields. Beyond authors, we need more Latinx and autistic people across the entire publishing industry: Agents, editors, and publishers who can acquire and promote diverse books. We need more Latinx and autistic psychologists, pediatricians, and other medical professionals who can improve autism screenings and conduct outreach efforts that target our underrepresented communities. We need more Latinx and autistic educators and librarians, who can serve as guides. Teachers and librarians introduce children to stories that give them hope and a sense of belonging, and they can also teach autistic kids strategies for thriving in a world that wasn’t built with us in mind. Additionally, we need to fully support and accommodate the Latinx autistics already in these various fields, so they can become leaders who will mentor the next generation.

But it all starts with stories. Storytelling plays a key role in all of these areas. Our teachers and librarians need more Latinx autistic books to recommend. Doctors need training that includes diverse portrayals of autism. The publishing industry needs to seek out, develop, and champion more Latinx autistic stories, so they can reach more readers.

There are still far too many of us out there, waiting for a story that can help explain who we are. I hope that someday young Latinx autistics will grow up reading their own collection of books—books that reflect their minds, provide context for their hardships, and ultimately enrich their lives. I desperately needed those kinds of books as a kid, and I know that there are so many others who need those kinds of books right now.

So let’s get to work. 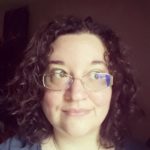 Adriana White is an autistic librarian, former special education teacher, and writer. After being diagnosed with autism in her 30s, she now advocates for more autism-friendly schools and libraries. She is also passionate about supporting #OwnVoices books by autistic authors, and thinks that every library should have them! Links to her work can be found here. You can also follow her on Twitter at @Adriana_Edu, where she tweets about autism, libraries, and diverse books.