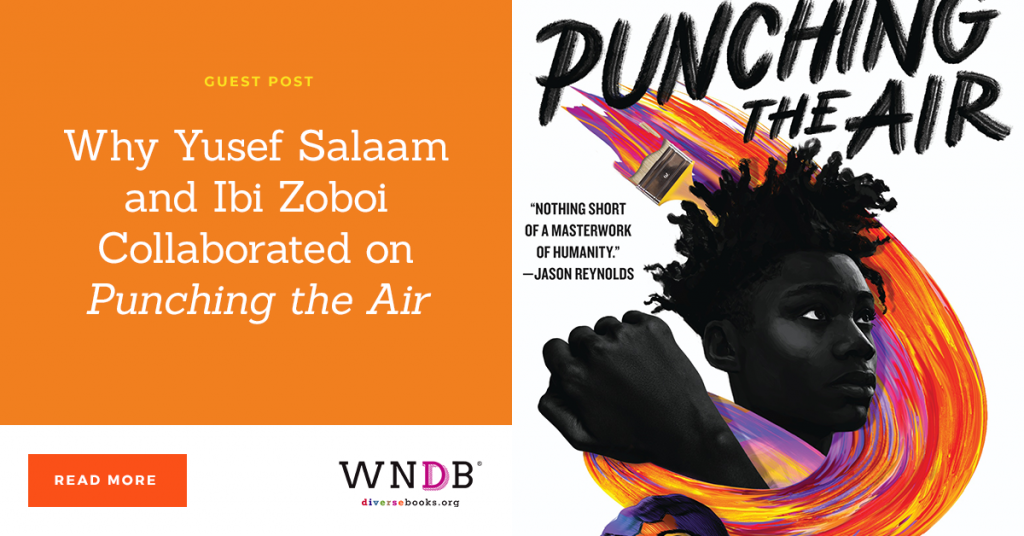 Yusef Salaam was fifteen years old when he followed a few of his friends into Central Park on a warm April evening in 1989. He’d been doing what he’d always done as a teen growing up in New York City. We both remember  what us kids used to call just hanging out and fooling around: “Wilin’ out.” It’s not a phrase that’s meant to be written. So it’s easy to misconstrue. It was easy for the media to misinterpret what was part of our vernacular as “Wilding,” and turn it into something sinister in association with the infamous “Central Park jogger” case.

When Yusef first started writing, it was because, like many young brothers, he wanted to be a hip-hop artist. He’d been writing rhymes since he was eleven or twelve years old. The “Central Park Five” case, as it was known, happened during an era in music when message-driven hip-hop songs were popular. Self Destruction, KRS-One’s Love’s Gonna Get’cha, and especially Public Enemy were some of the artists and songs that shaped both of us as budding writers and were essentially the soundtrack to our young lives. We gravitated toward Public Enemy, who came out with a flow that sounded less like rap, and more like a truth-telling speech.

So when Yusef and four other teen boys were tried and convicted of a crime they did not commit, he and so many other young people, including myself, were awakened to the injustices of their country and of the world.

The “Central Park jogger” case was my earliest memory of bearing witness to injustice. All throughout my high school and college years, there were more violent acts committed against Black men and boys, including Yusef Hawkins, who at sixteen was fatally shot in a predominantly white neighborhood in Brooklyn; Michael Griffith, who was chased out of a white neighborhood by a group of white teens and as a result, was fatally hit by a car; and the unarmed West African immigrant Amadou Diallo, who was shot forty-one times by cops just as he was entering his Harlem apartment. All these stories were why I wanted to become a journalist. I was so angry with the world that I had to find a way to speak truth to power.

So when Yusef and I met at Hunter College in 1999, just two years after he’d been released from prison and had not yet been exonerated, and ten years after the fateful night that changed his life forever, I wanted to be one of the few college reporters to investigate the truth about the “Central Park jogger” case, because so many of us believed those five teens were innocent. By sharing this story, I had hoped to expose the ongoing disparities in the criminal justice system and how the media continually portrays an imbalanced view of Black children.

When Yusef was convicted, it was the start of him realizing that he needed to speak his truth. He realized that this art form he’d been honing since childhood, hip-hop, was going to allow him to get his message across at this most critical point in his life.

While waiting for his sentence, Yusef was told that he should throw himself at the mercy of the court; that he should plead for the least amount of time possible. But he had been reading about Malcolm X and others who were in the struggle. He had been inspired by hip-hop artists who were using their platforms to spread powerful messages about our experiences, and he started writing instead. So when his sentence was handed down and Yusef was given the stage to speak his truth, he read a poem entitled, “I Stand Accused.”

While Punching the Air is not Yusef’s story, Amal’s character is inspired by him as an artist and as an incarcerated teen who had the support of his family, read lots of books, and made art to keep his mind free. This book is infused with some of the poetry Yusef wrote while he was incarcerated. When we started to discuss what kind of story we wanted to tell, we started with a name—Amal, which means “hope” in Arabic. It was important that whatever this teen boy was going through, he should always have hope and we should write a story that instills hope for the reader. Yusef and I wanted people to know that when you find yourself in dark places, there’s always a light somewhere in that darkness, and even if that light is inside of you, you can illuminate your own darkness by shedding that light on the world.

After meeting Yusef in college, we were reunited while I was touring for my debut novel, American Street. Yusef expressed his interest in speaking to more teens because his tragedy happened to him as a teen boy. He’d been mostly addressing law students and social justice and community organizations. A few days later, I approached him with the idea of telling his story in the form of a young adult book. We knew that young people needed to hear this story.

At the center of Amal’s story is the cycle of racial violence that continues to plague this country. But this is not just a story about a crime or race. Punching the Air is about the power of art, faith, and transcendence in the most debilitating circumstances. It’s our hope that all readers will experience the journey of a boy who finds himself in a heated moment where one wrong move threatens his future, and how he uses his art to express his truth, the truth.

Punching the Air by Ibi Zoboi and Rusef Salaam is on sale on September 1, 2020. Pre-order the book here! 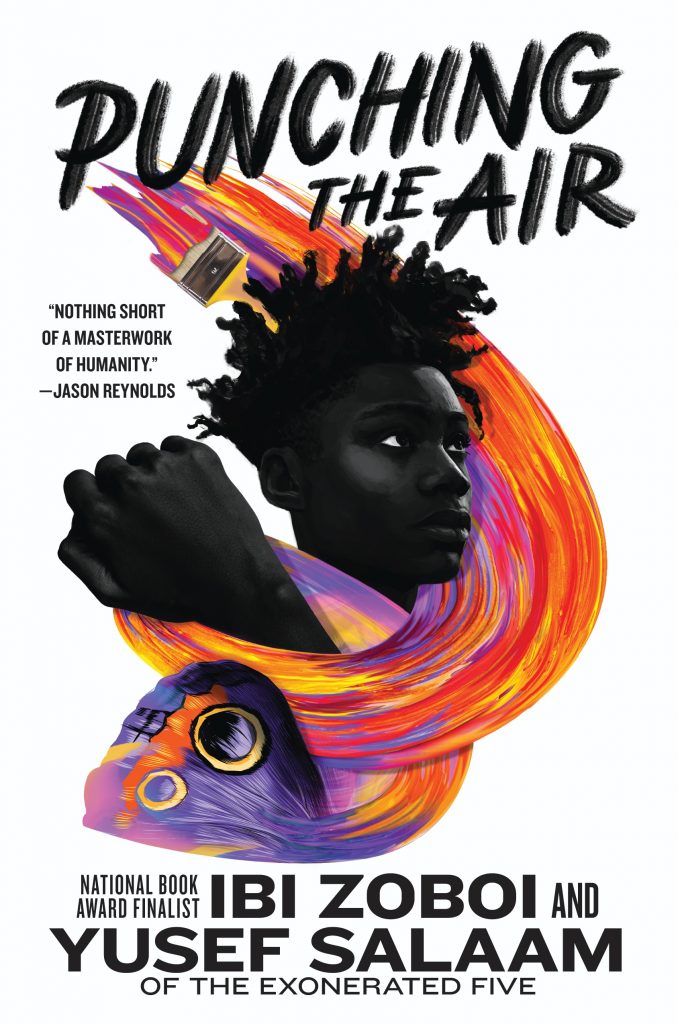 Amal Shahid has always been an artist and a poet. But even in a diverse art school, he’s seen as disruptive and unmotivated by a biased system. Then one fateful night, an altercation in a gentrifying neighborhood escalates into tragedy. “Boys just being boys” turns out to be true only when those boys are white.

The story that I think
will be my life
starts today

Suddenly, at just sixteen years old, Amal’s bright future is upended: he is convicted of a crime he didn’t commit and sent to prison. Despair and rage almost sink him until he turns to the refuge of his words, his art. This never should have been his story. But can he change it?

With spellbinding lyricism, award-winning author Ibi Zoboi and prison reform activist Yusef Salaam tell a moving and deeply profound story about how one boy is able to maintain his humanity and fight for the truth, in a system designed to strip him of both. 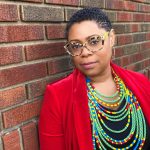 Ibi Zoboi holds an MFA from Vermont College of Fine Arts. Her novel American Street was a National Book Award finalist and a New York Times Notable Book. She is also the author of Pride and My Life as an Ice Cream Sandwich, a New York Times bestseller. She is the editor of the anthology Black Enough. Born in Haiti and raised in New York City, she now lives in New Jersey with her husband and their three children. You can find her online at www.ibizoboi.net. 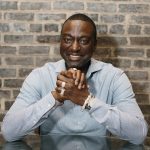 Dr. Yusef Salaam was just fifteen years old when his life was upended after being wrongly convicted with four other boys in the “Central Park jogger” case. In 2002, after the young men spent years of their lives behind bars, their sentences were overturned. Now known as the Exonerated Five, their story has been documented in the award-winning film The Central Park Five by Ken Burns, Sarah Burns, and David McMahon and in Ava DuVernay’s highly acclaimed series When They See Us. Yusef is now a poet, activist, and inspirational speaker. He is the recipient of a Lifetime Achievement Award from President Barack Obama, among other honors. He lives in Atlanta, Georgia with his wife, Sanovia, and their children. You can find him online at www.yusefspeaks.com.

Previous Post: « Q&A With Liza Wiemer, The Assignment
Next Post: Q&A With Cerrie Burnell, I Am Not a Label »