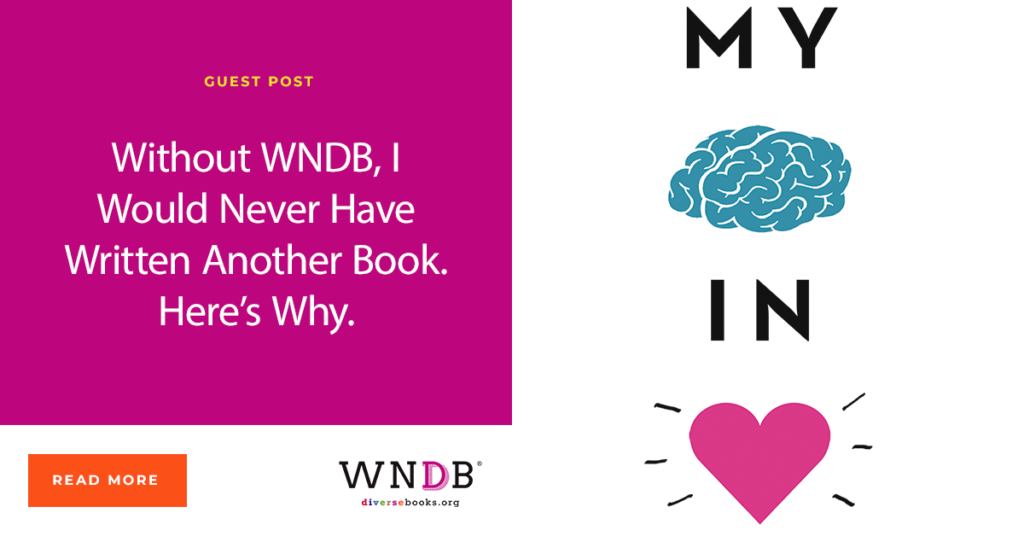 When people asked me how WNDB affected my life, I think of three things: How it gave me a sense of community, how it laser-focused my intentions as an author, and how it gave me hope that the stories that I truly wanted to tell would someday be heard.

At its heart, writing for publication can be a lonely, uncertain and sometimes soul-crushing endeavor. I still remember the trepidation I felt more than a decade ago when I first considered stepping out of the relative security of my career in medicine to start a novel. And not just any novel: The book I wish I had read as a teenager.

Having grown up as a shy, second-generation Asian American child in conservative Central New York, reading had always been my refuge. I devoured books and, through them, was able to inhabit the stories of so many people—knights in Medieval England, kids living through Civil War America, queer mages in a lush European fantasy land.

The one person I never saw in the stories I read growing up, though, was myself.

It wasn’t until college, really, that I understood how insidious it was to have grown up only rarely seeing myself reflected in books, to have always considered myself an “other.” When I was a child, I hated my ruler-straight hair and longed for sky blue eyes like the heroines in the books I read over and over again.

It wasn’t until my undergraduate years that I discovered Asian Pride, and not until I got married and started thinking about having kids that I pursued my childhood dream of writing a book about an Asian American girl growing up in Central New York.

How devastating, then, to finish that novel, get an agent, and be told by the publishing world that they didn’t want my story. To be clear, the editors didn’t have a beef with my writing, or voice, which they praised. Their concern was that my story “was too similar to another Asian American title on our list.”

It was years before I wrote another book. Next time, I told the story of another “other”—an intersex girl. Quite deliberately, I didn’t make my main character Asian American, as the conventional wisdom at the time said that editors didn’t like books to have “too much diversity.”

I sold my book, and as I started to engage with social media more in the leadup to my debut, I came across a merry band of writers—Stacey Lee, Ellen Oh, Mike Jung, Lamar Giles, Marieke Nijkamp, Miranda Paul and Aisha Saeed, among many, many others—who were sick and tired of being sick and tired. We all know the rest of that story.

It wasn’t until after WNDB became an internet sensation when my editor pointed out that I had unconsciously whitewashed my own book, that I realized how significantly I had internalized the biases of the industry.

The next five years were a whirlwind of book promotion, complicated by health issues, compounded by a widespread national depression after the 2016 election. My creative well ran dry, and I didn’t write for years.

I don’t know if I would ever have written another book without my WNDB community. 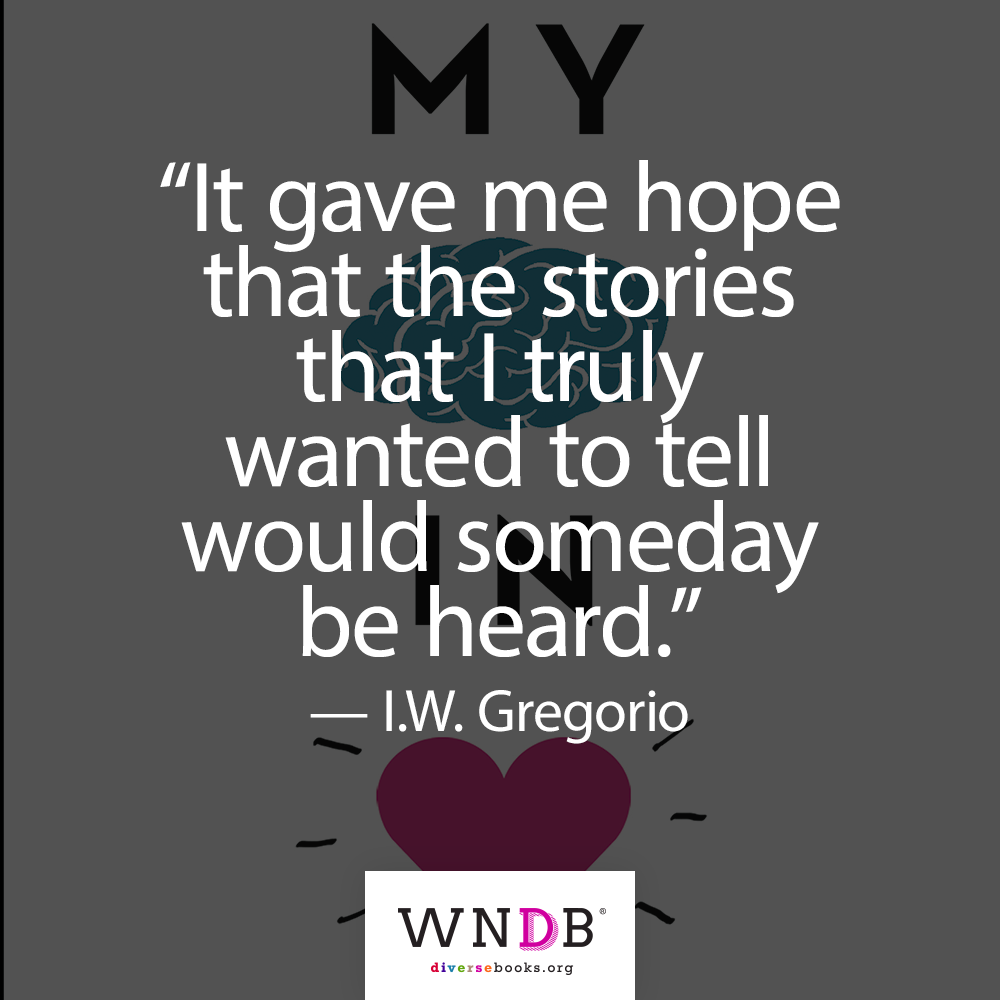 In Dhonielle Clayton and Ellen Oh, WNDB gave me the cheerleaders I needed to push me through my self-doubt and fear. As I watched the movement continue to take off, I was amazed by how many people wanted to read intersectional stories: Ones where we acknowledge that people can have many different identities based on their race, gender, sexuality, and disability.

By raising industry awareness on the importance of representing responsibly, WNDB gave me the tools I needed to step out of my comfort zone as a writer, and respectfully write an experience other than my own. One of the two point-of-view (POV) characters in my next book, This is My Brain in Love, is an #OwnVoices Asian American girl living in Central New York. Obviously, Jocelyn’s voice was easy to fall into, closely resembling my own in her priorities and perspectives.

My second character Will, however, was a mixed-race Nigerian boy with anxiety. It’s not a stretch to say that my own anxiety about whether I could do Wil’s character justice informed my treatment of Will’s mental illness. In fact, I asked myself more than once whether his story was mine to tell.

In many ways, it would have been easier to have written the entire book from Jocelyn’s perspective, but I’ve known from the beginning that This is My Brain in Love simply had to be told in dual narrative.

As someone who has spent much of her adult life living with clinical depression, I have intimate knowledge of how fake news can overcome your brain. Psychologists call them cognitive distortions—the way your mind can take a singular event (say, someone not picking up the phone)  and shape them into inaccurate assumptions (Everyone hates you! That’s why they’re not answering your calls!). It was crucial, then, for me to write certain scenes in This is My Brain in Love from different viewpoints, to illustrate how our minds can play tricks on us.

It was also important for me to have Will be a person of color, and that I invert the model minority myth. In This is My Brain in Love, it’s not my Asian American character that is a straight-edge Ivy League-bound teacher’s pet. Making Will Nigerian-American was a conscious choice, based partly on my many Nigerian medical colleagues and friends.

Having worked with WNDB I knew that I needed to avoid perpetuating stereotypes. I needed to interview many different Nigerians and to go into their houses so I could watch how they interacted with their children and each other. I needed to educate myself on Nigerian culture (Nollywood movies) and history, and taste Nigerian food. I needed to have multiple Nigerian and black readers read my manuscript, and I needed to accept their feedback with humility and an open heart. I needed to know that even doing all this, I might make mistakes, and that I might need to apologize for and correct them in the future.

Now, as I watch my second book baby go into the world, my experience with WNDB has given me one final gift: A sense of hope that it will discover its audience.

I feel hope, of course, because of you—the incredible community of readers, writers, teachers, librarians, and publishing professionals who have supported the WNDB team for six years.

Thank you for making me understand that my story is worth telling, and for allowing me to trust that it will find its readers. 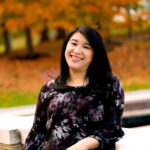 I.W. Gregorio is a practicing surgeon by day, masked avenging YA writer by night. After getting her MD, she did her residency at Stanford, where she met the intersex patient who inspired her debut novel, None of the Above, which is a 2016 Lambda Literary Award finalist, a Spring 2015 Publishers Weekly Flying Start, a 2015 ABC Children’s Group Best Book for Young Readers and a 2016 American Library Association Rainbow List selection. Her next novel, This Is My Brain in Love, has received three starred reviews so far and is forthcoming from Little, Brown Books for Young Readers in April 2020. She is proud to be a board member of interACT: Advocates for Intersex Youth, and is a founding member of We Need Diverse Books. Find her online at www.iwgregorio.com and on Twitter/Instagram at @iwgregorio.