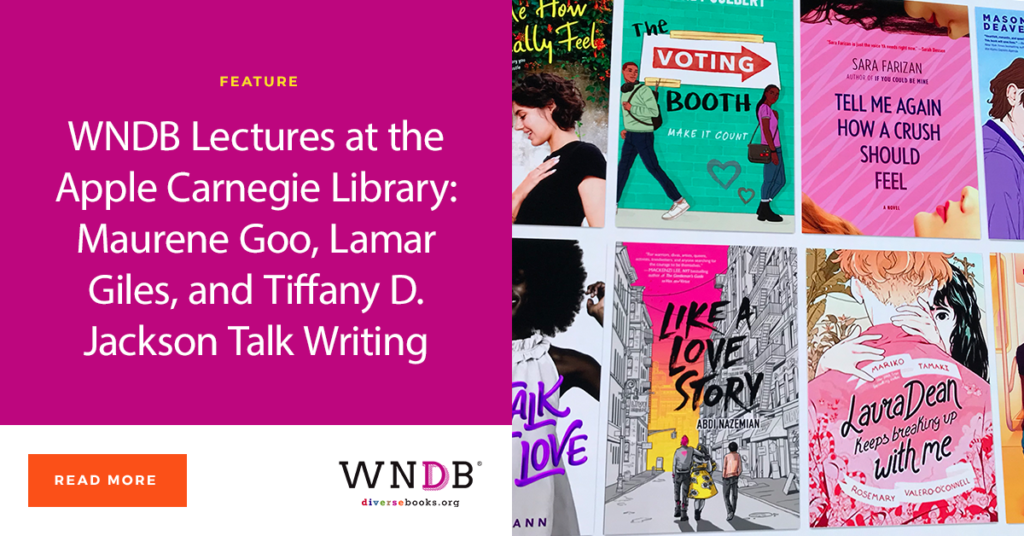 Thrills, chills, and meet-cutes were on full display in Washington, DC, this week at the first two WNDB Lectures at the Apple Carnegie Library. First up was Maurene Goo, who shared her great love of romantic comedies. “How is finding love more cliché than finding out you’re the chosen one?” she asked. 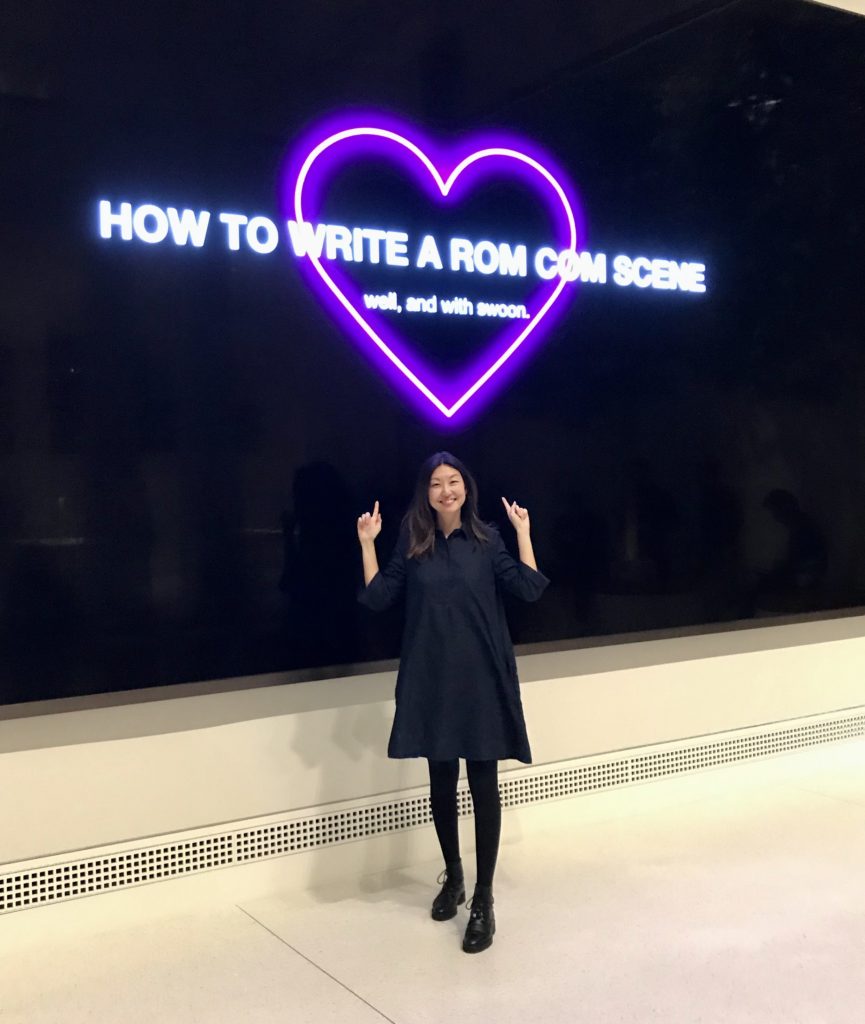 To inspire the crowd, Maurene showed off a host of diverse romances that have been published recently, including Walter Award winner Lara Dean Keeps Breaking Up With Me by Mariko Tamaki and Rosemary Valero-O’Connell. 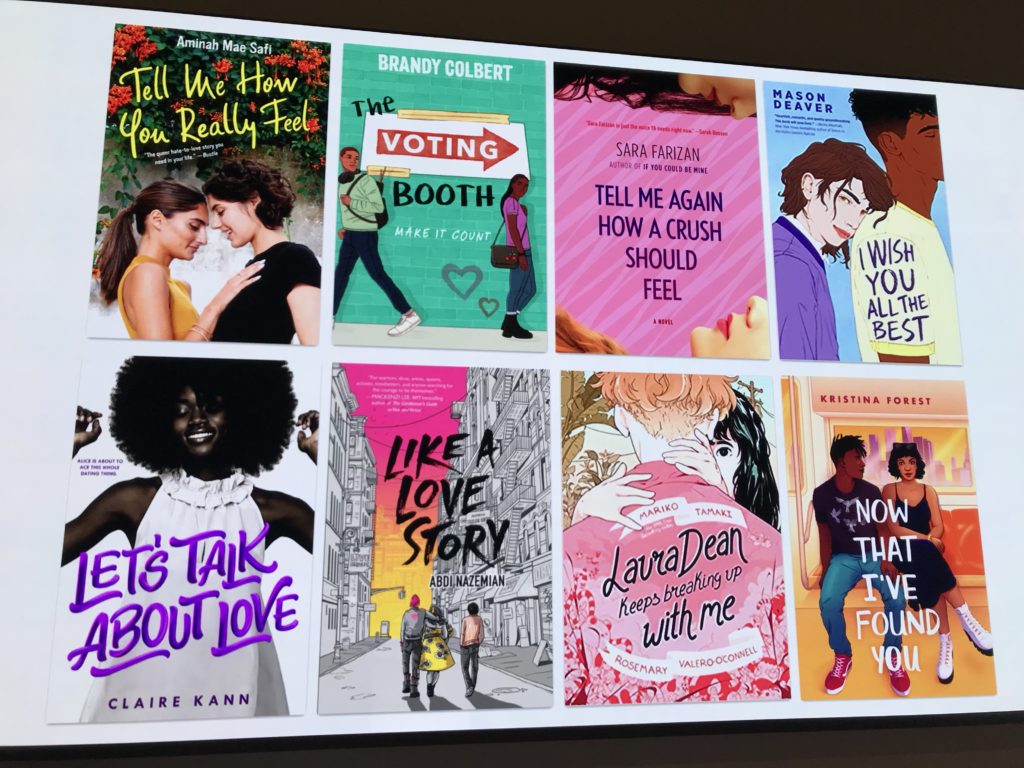 Maurene explained the tropes of romantic comedies, including friends to lovers and royal meets commoner, and then participants got to writing. 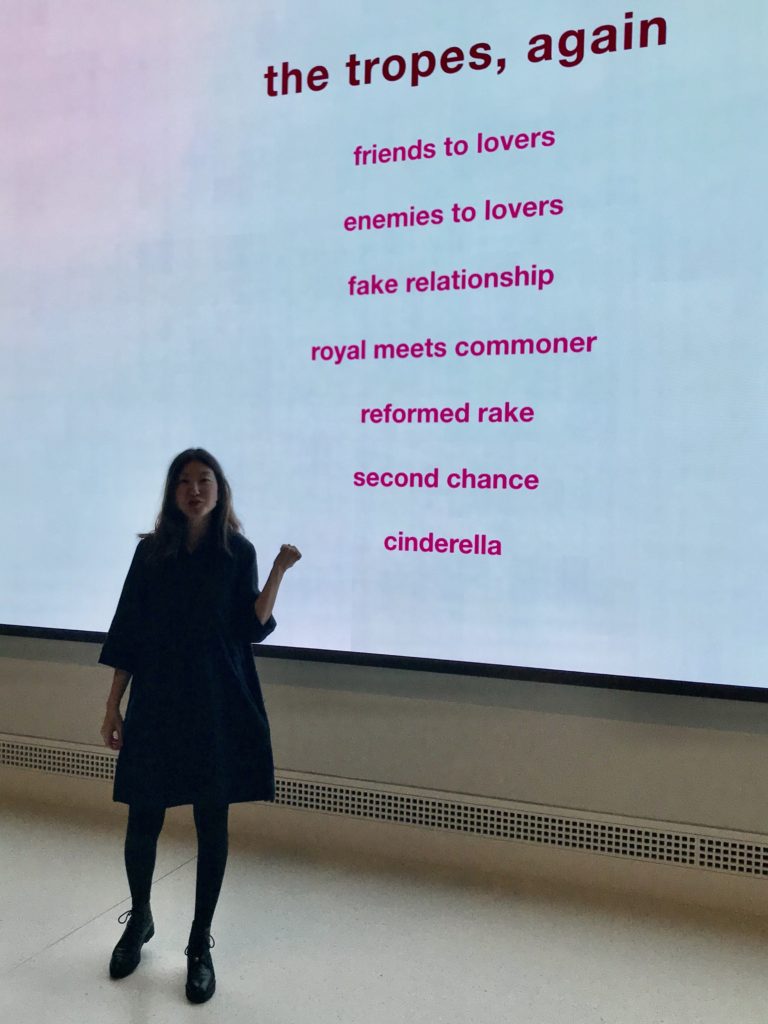 Maurene encouraged those unsure of what to write by saying, “Whenever you’re stuck, if you make it personal it gets a little easier.” She told an embarrassing tale from her own life that inspired a  scene in one of her books. Soon some brave attendees shared their writing, including a coffee shop meet-cute and a second-chance story starter.

Then on Saturday, it was time to learn about thrillers with Lamar Giles and Tiffany D. Jackson. Lamar talked about how his mother was a strong reading advocate, and how as a young boy he learned that “books held the secrets to success.” 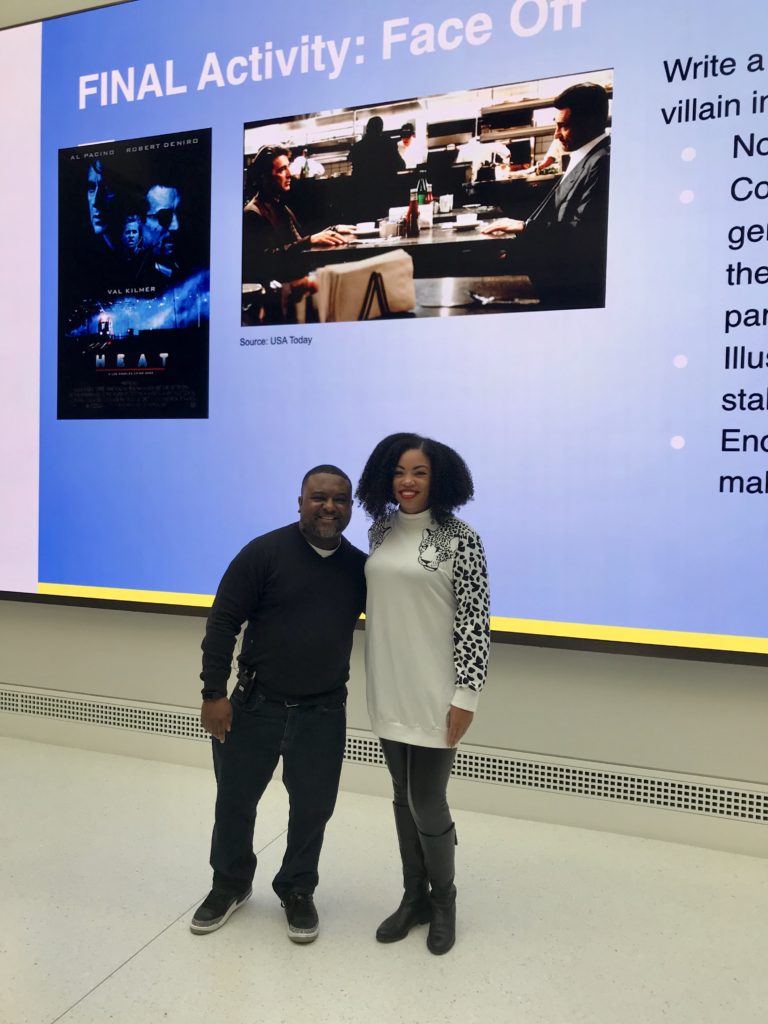 Tiffany shared her entertainment background, at places like National Geographic and BET. “I got my training in television,” she told the crowd, and she watches movies and television when she needs inspiration. “That gets the wheels turning,” she said. “Then you have a ready source and can think in terms of your own personal reference library,” when you’re ready to create.

Lamar and Tiffany shared a fun writing exercise to get everyone motivated to write. They announced three letters, one per minute, and told participants to write as many words as possible that began with that letter in the time allotted. “If you’re stuck, this exercise is highly effective,” Lamar shared. “Run this exercise yourself and as soon as you’re finished get started on your writing project.” 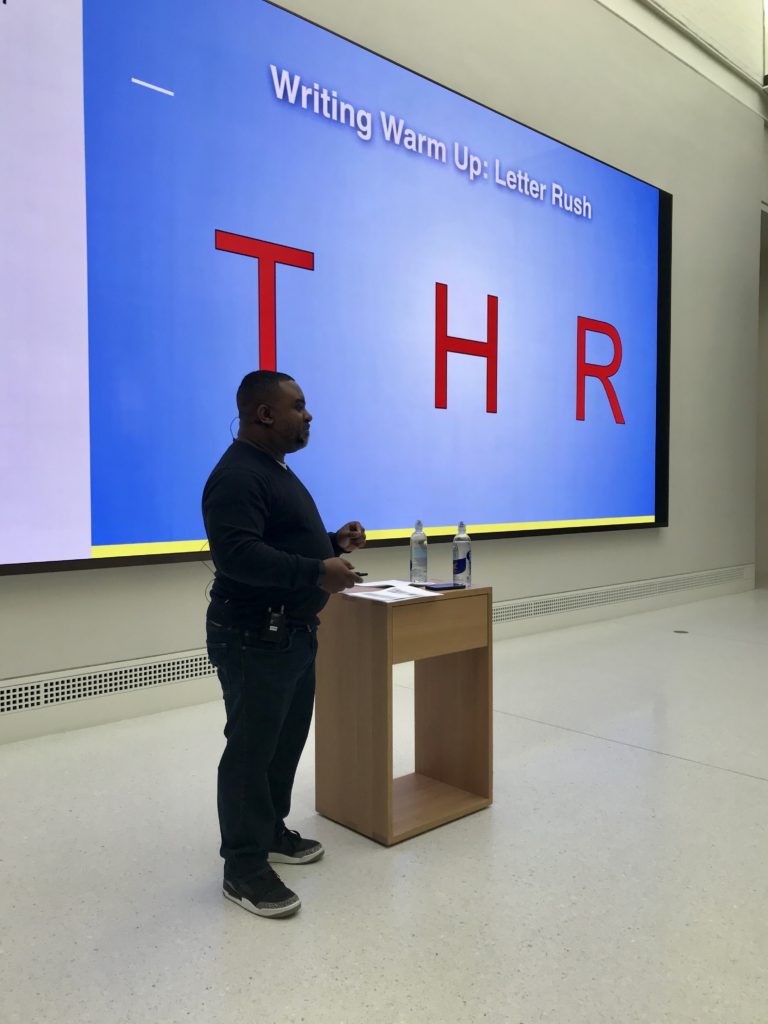 Participants worked on their book ideas, or elevator pitches, with Lamar’s advice, “The best concepts don’t sound too complicated.” Tiffany added, “Find a large concept you can fit into a small statement.” Attendees worked on their plots with help from the authors—and perhaps the next great thriller got its start!

If you’re in the Washington, DC, area, we hope you can join us on Saturday, April 18, at 11 am, to hear Grace Lin talk about the Magic of Illustrating a Story at the Apple Carnegie Library.

Elissa Bongiorno is a journalist who has been published in USA Weekend, the Baltimore Sun, and DCist, among other publications. As editor of Romantic Times, she interviewed bestselling authors like Suzanne Collins, Beverly Jenkins, and Francine Pascal. Elissa has also written numerous nonfiction titles on topics like state history, job skills, and stem cells. You can find more about her at elissaedits.com.

Previous Post: « Celebrating Chosen Parents in JUST LIKE A MAMA by Alice Faye Duncan
Next Post: How Ismée Williams’s Cuban Grandparents Inspired THIS TRAIN IS BEING HELD »
Native writers: applications for the 2023 Native C